You cannot always be having steamboat up there in Cameron Highlands, right?

I mean, of course it's the norm thing to do because of the cold weather. It's super warm and nice to sit around the table and taking your time to eat those soupy stuff.

BUT YOU CAN'T BE HAVING THEM FOR MOST OF YOUR MEALS UP THERE.

We had our fair share of different kind of food when we were at Cameron Highlands. We had steamboat, a bit of Indian food, a spread of Chinese and Hakka food (if not mistaken!) and of course we have the authentic chinese meal.

We found this place years ago with another group of friends and had a good impression of it since. This time, we decided to have our final lunch on the hill there and to do a review on it.

Let's see what we both think of it few years later.

The walk-down entrance to the restaurant. 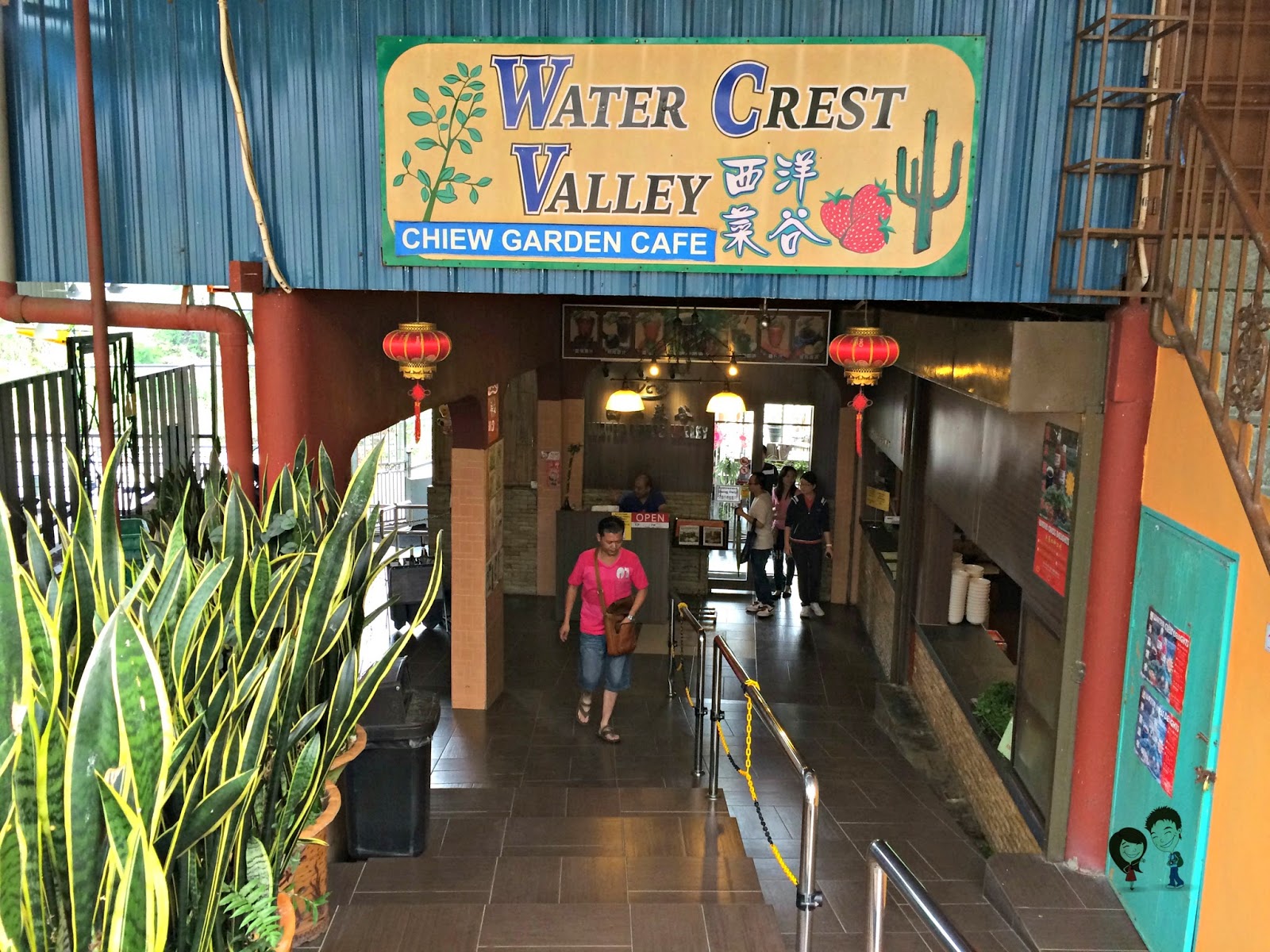 Huge place to cater to big groups of people. 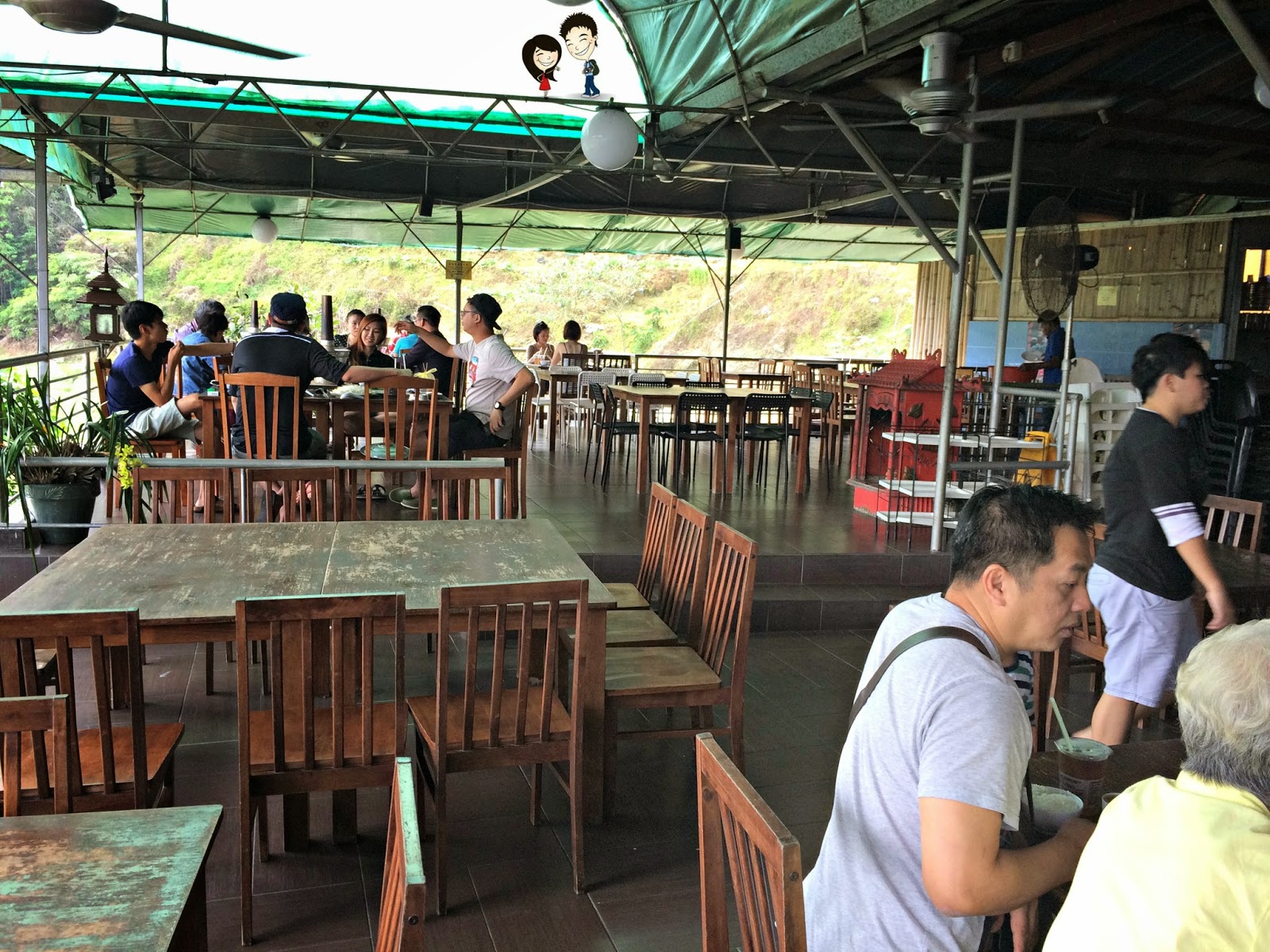 From plates to sauces to utensils, all are self-service based. 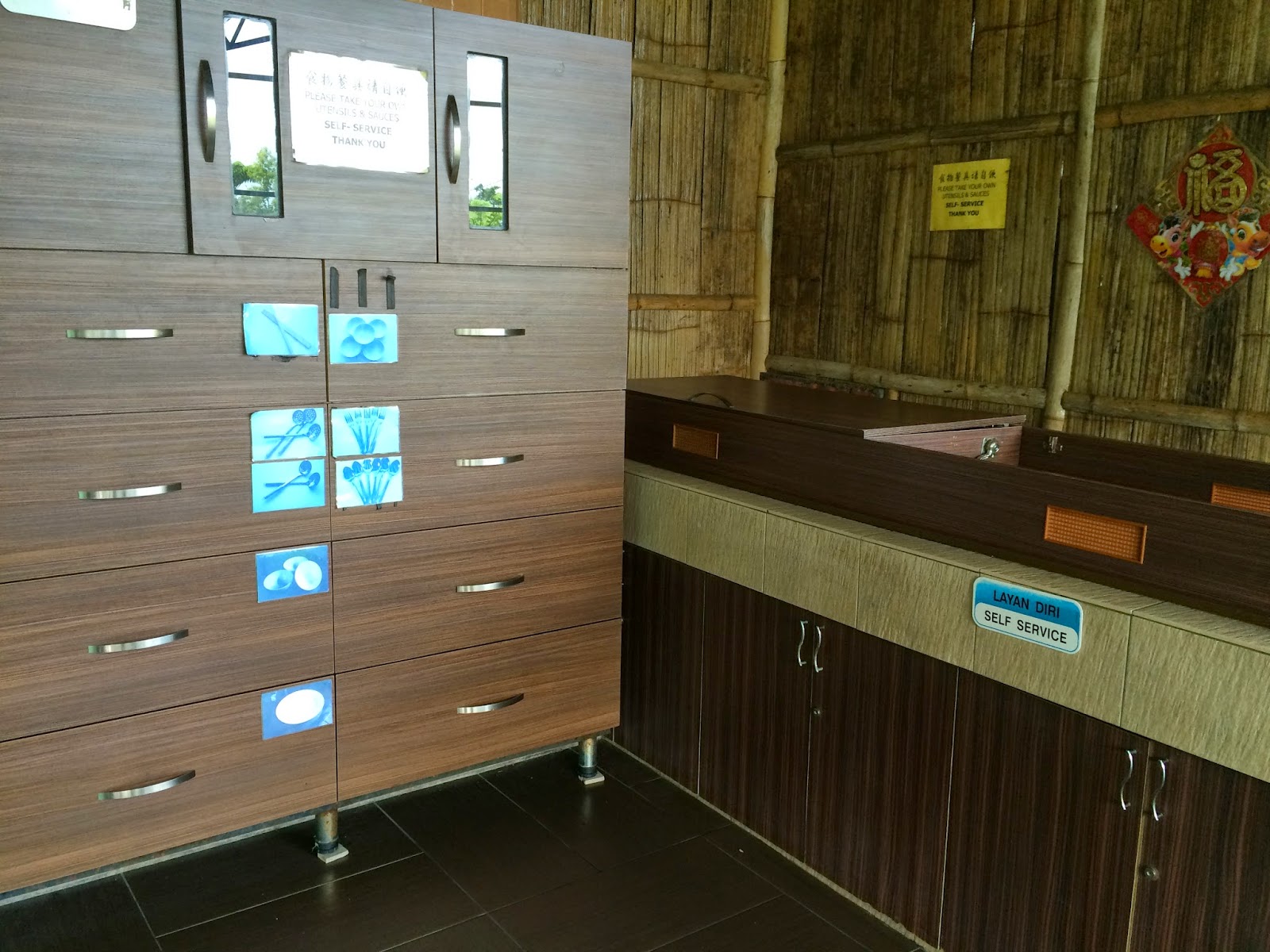 Since there were 4 of us, we decided to order their pre-set that already has a few fixed dishes served with rice. We ordered the SET B (6 dishes) - RM78 excluding drinks. We ordered warm water (RM1 each) because it was quite chilly that noon.

They also serve steamboat at per person rate but since we already had steamboat for dinner the night before, we decided to have rice. 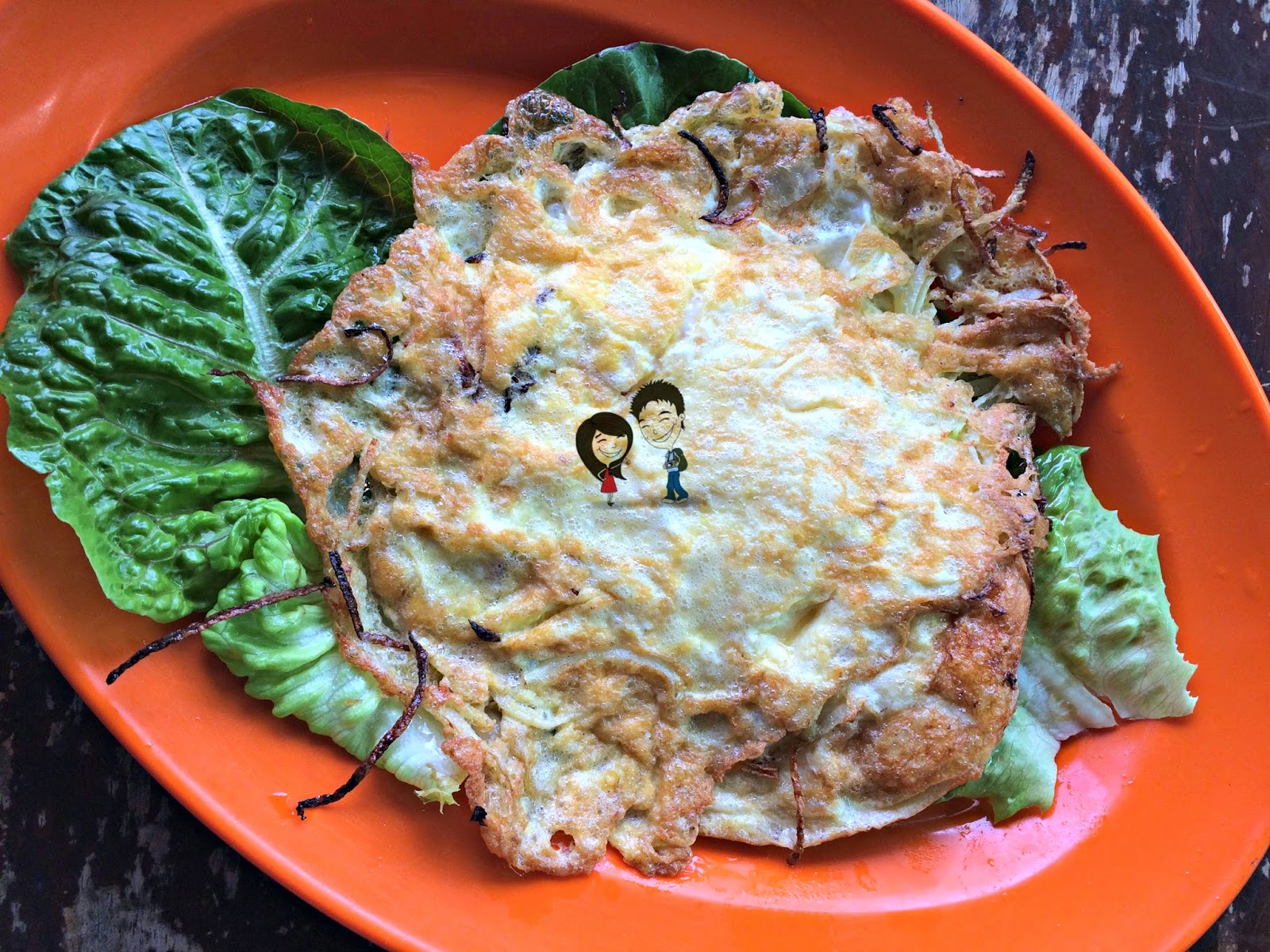 He says: Awesome when it is served instantly.
She says: Like any normal omelette. There is obviously no "Cameron" taste to it whatsoever as per the name. Heh. 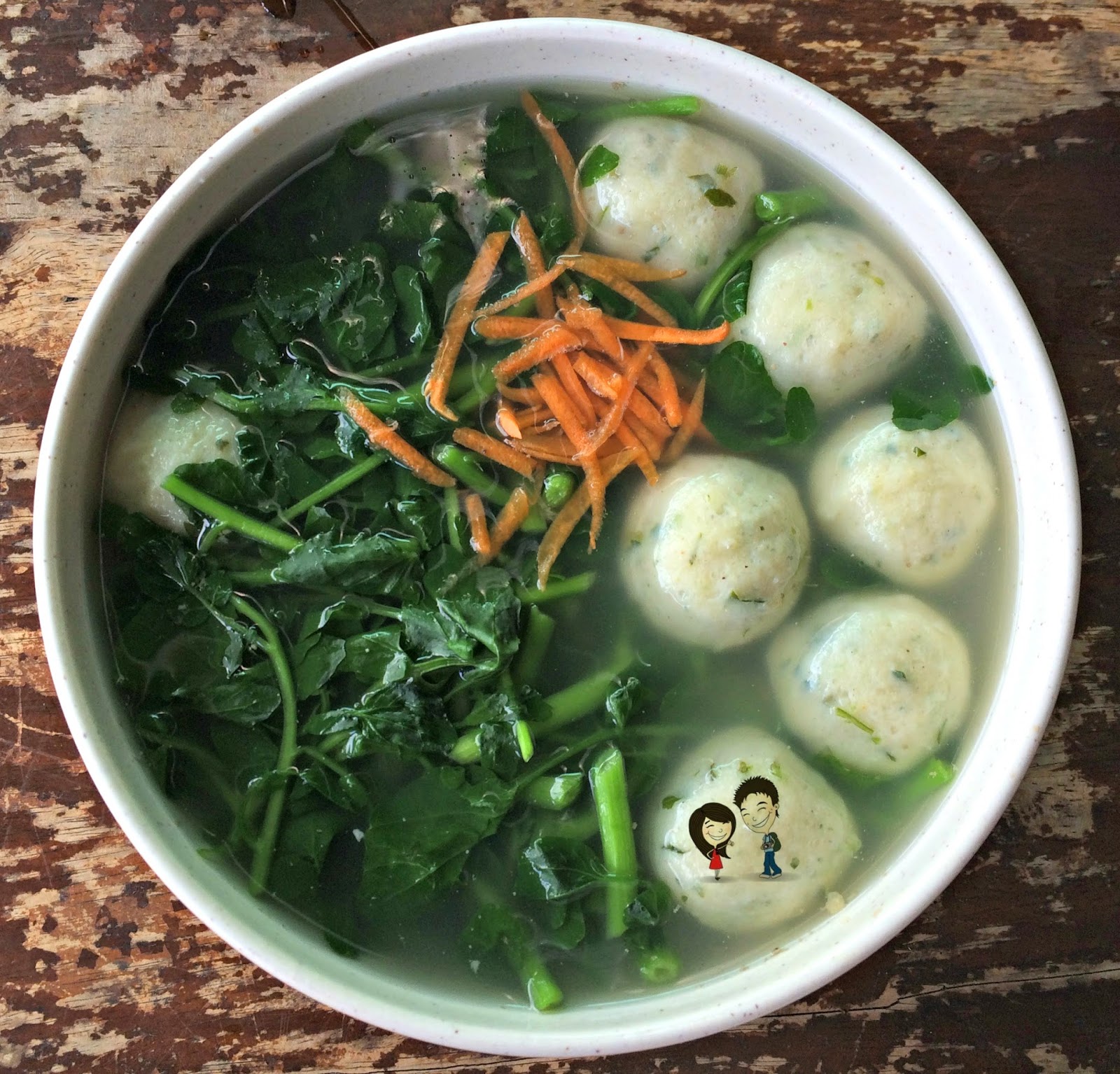 He says: OHHHHMMM.. Hot soup and cold weather is one of the best combination right?
She says: Water cress soup on a cold noon? Need to say more? Enough salt and enough taste to it. Good stuff. 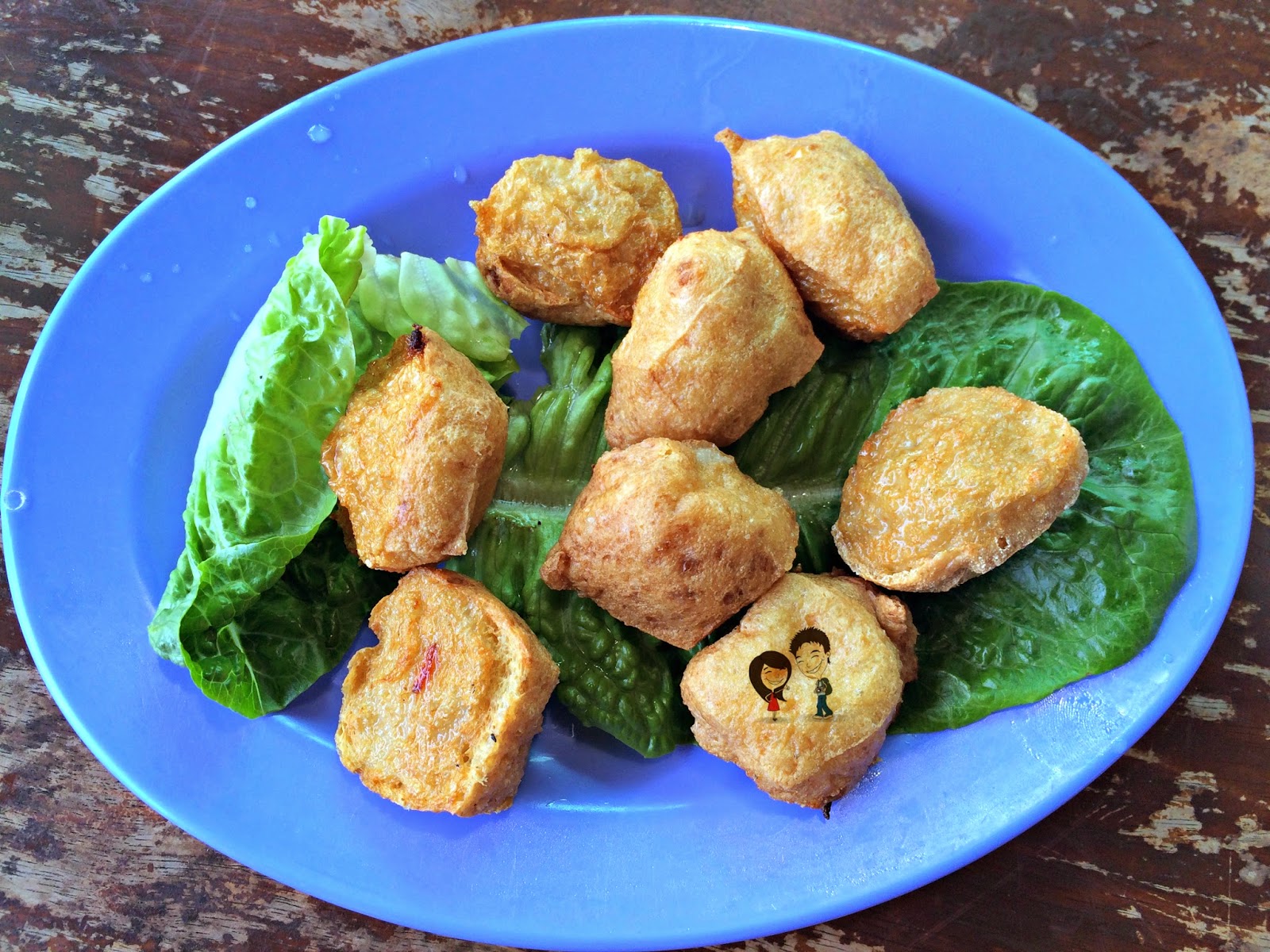 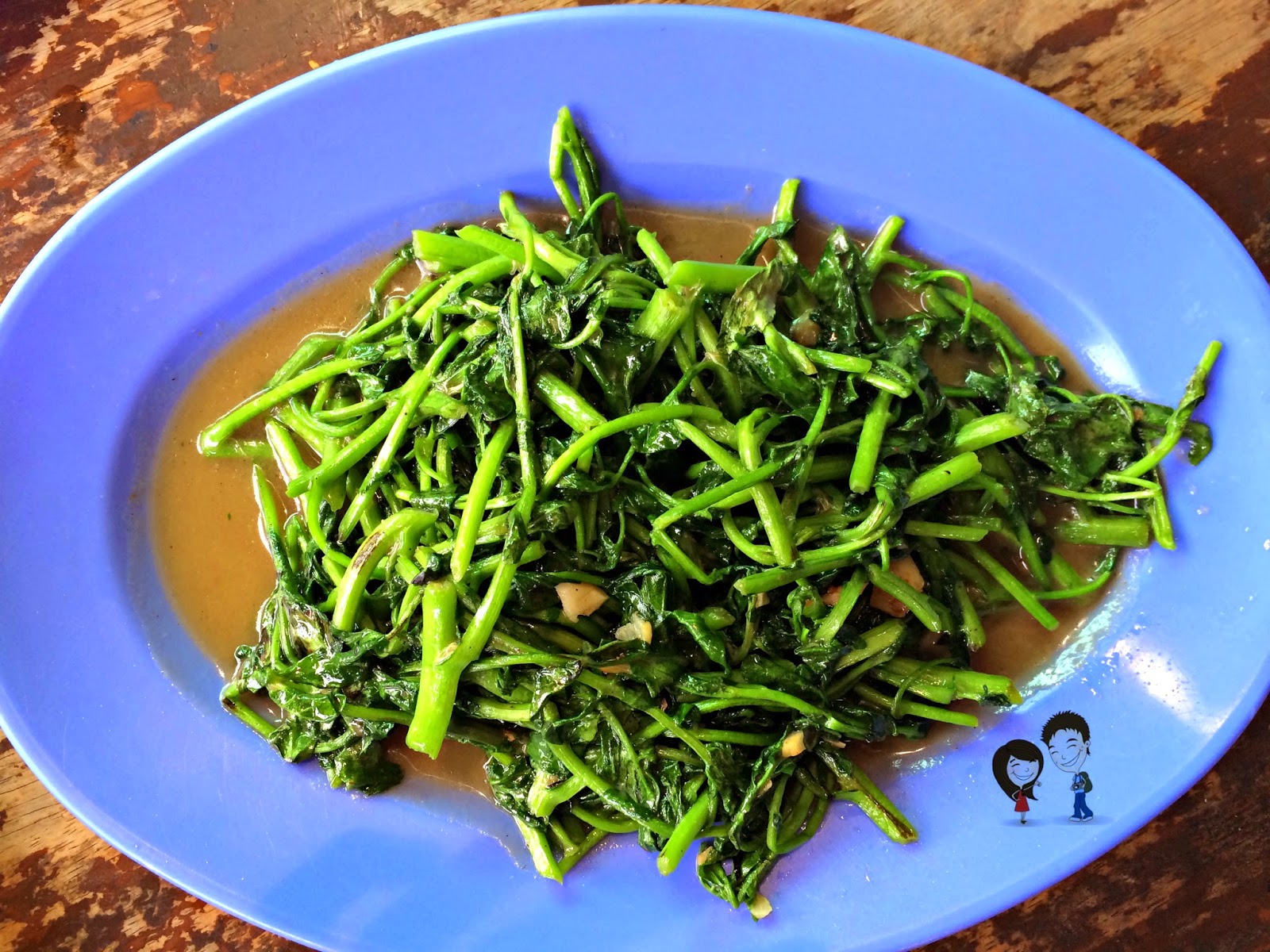 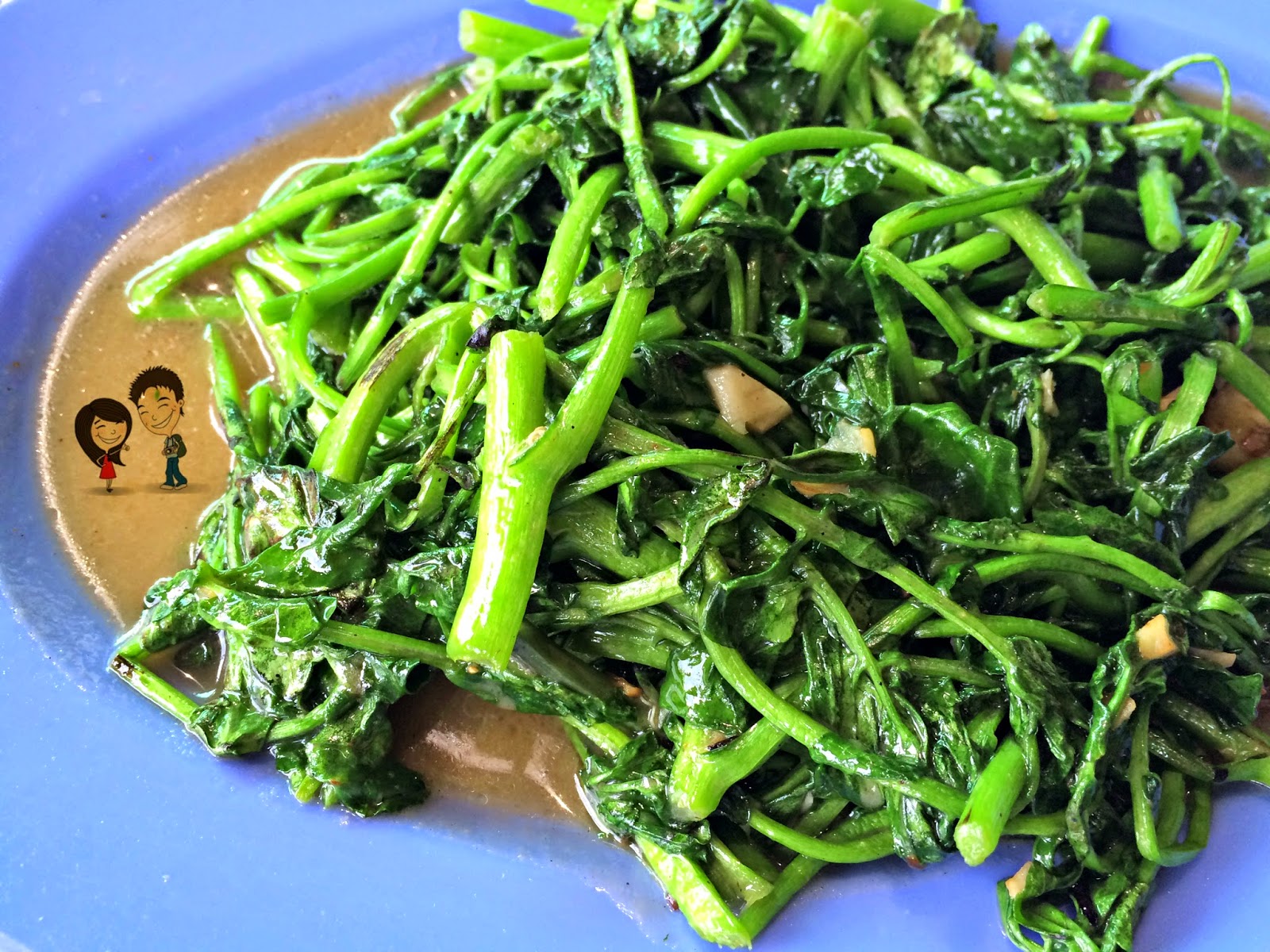 He says: Favourite dish here! Syncs with the restaurant name.
She says: This one also always get stuck between the braces but I love this dish to the max. The way they use just garlic to stir fry them keeps it very fresh and warm. Love this one. 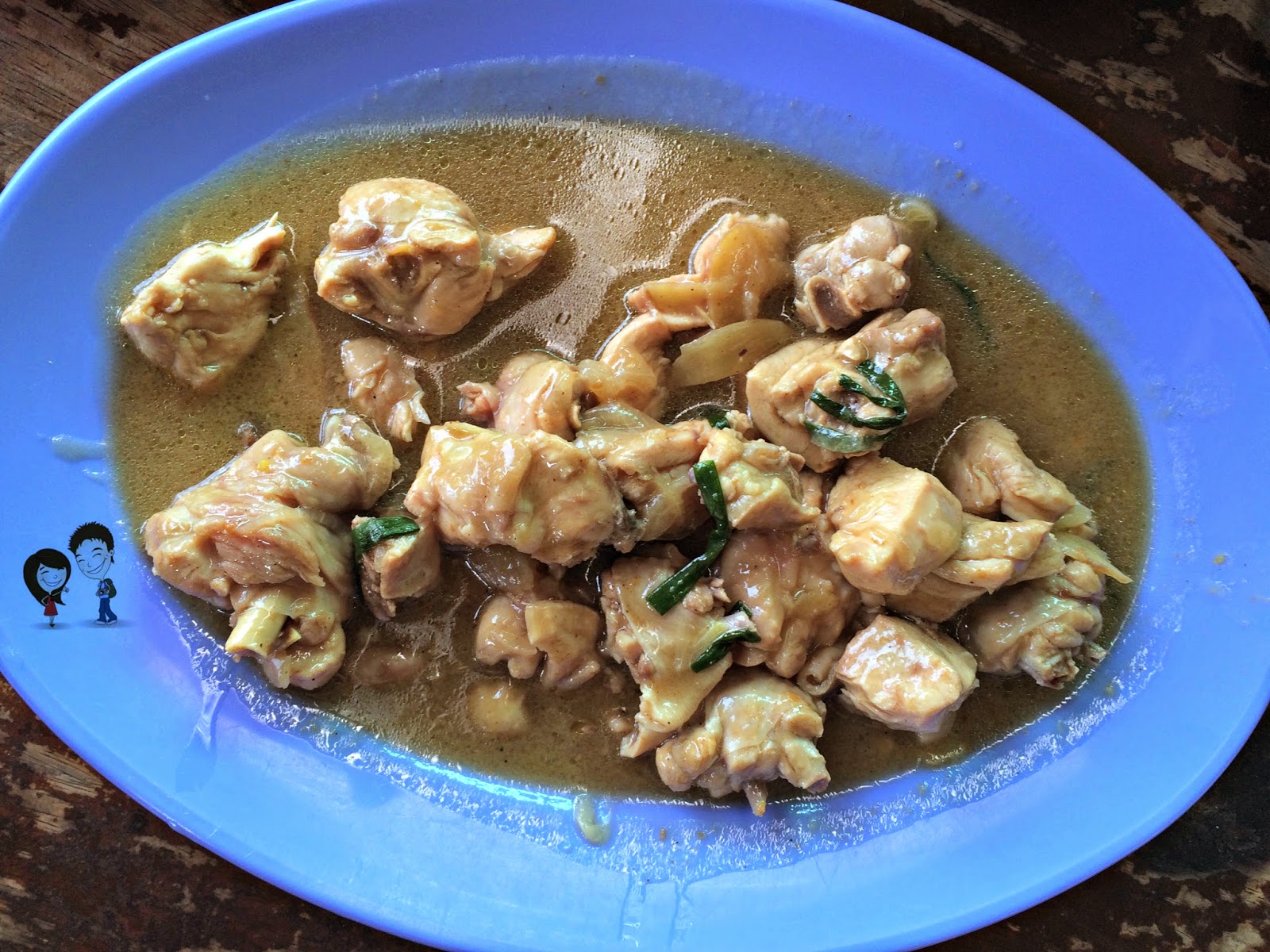 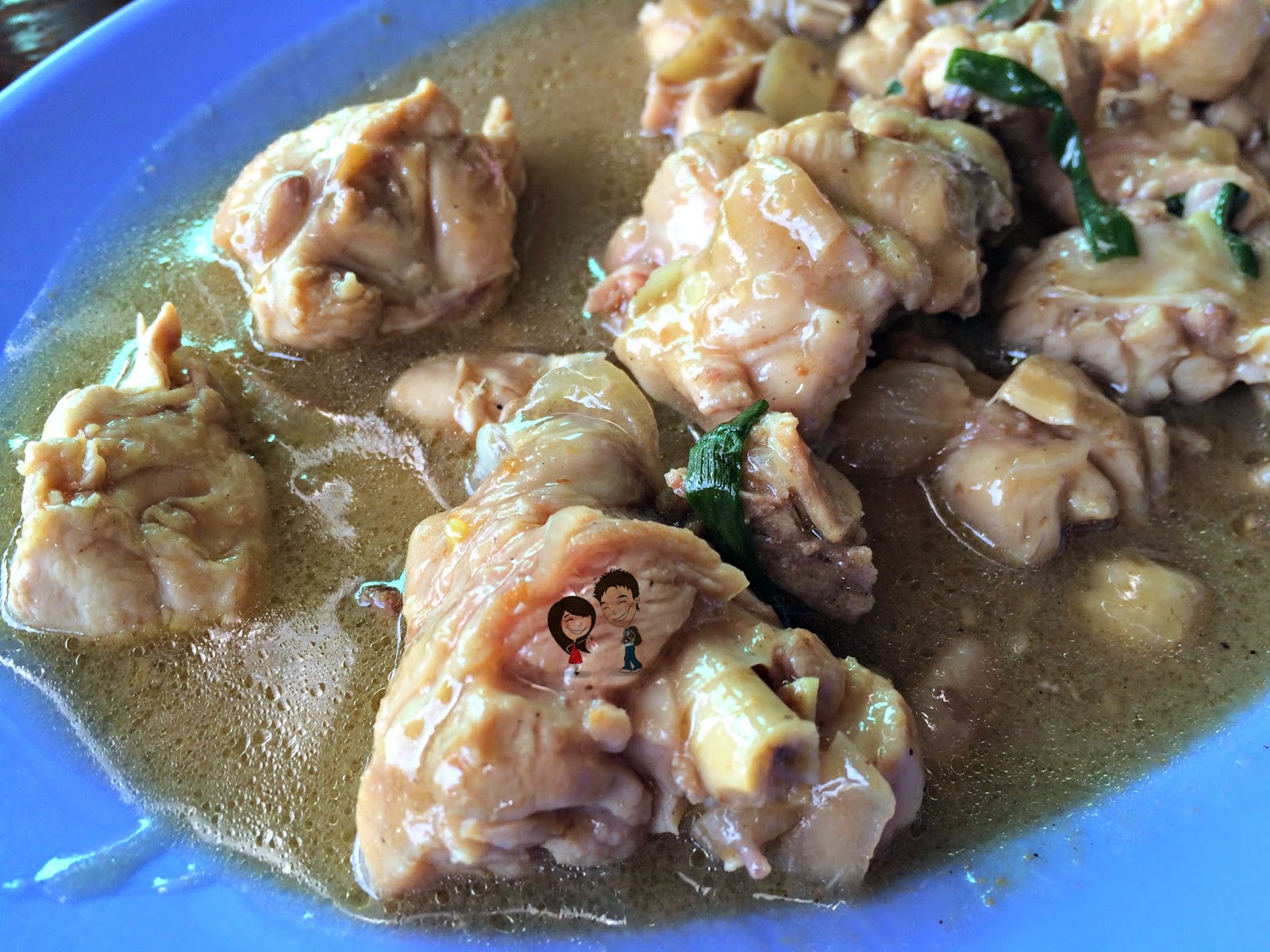 He says: Not a bad dish.
She says: The sauce is super nice. The pieces of chicken was quite small and the meat is like so limited. I think they should improve on the portion. 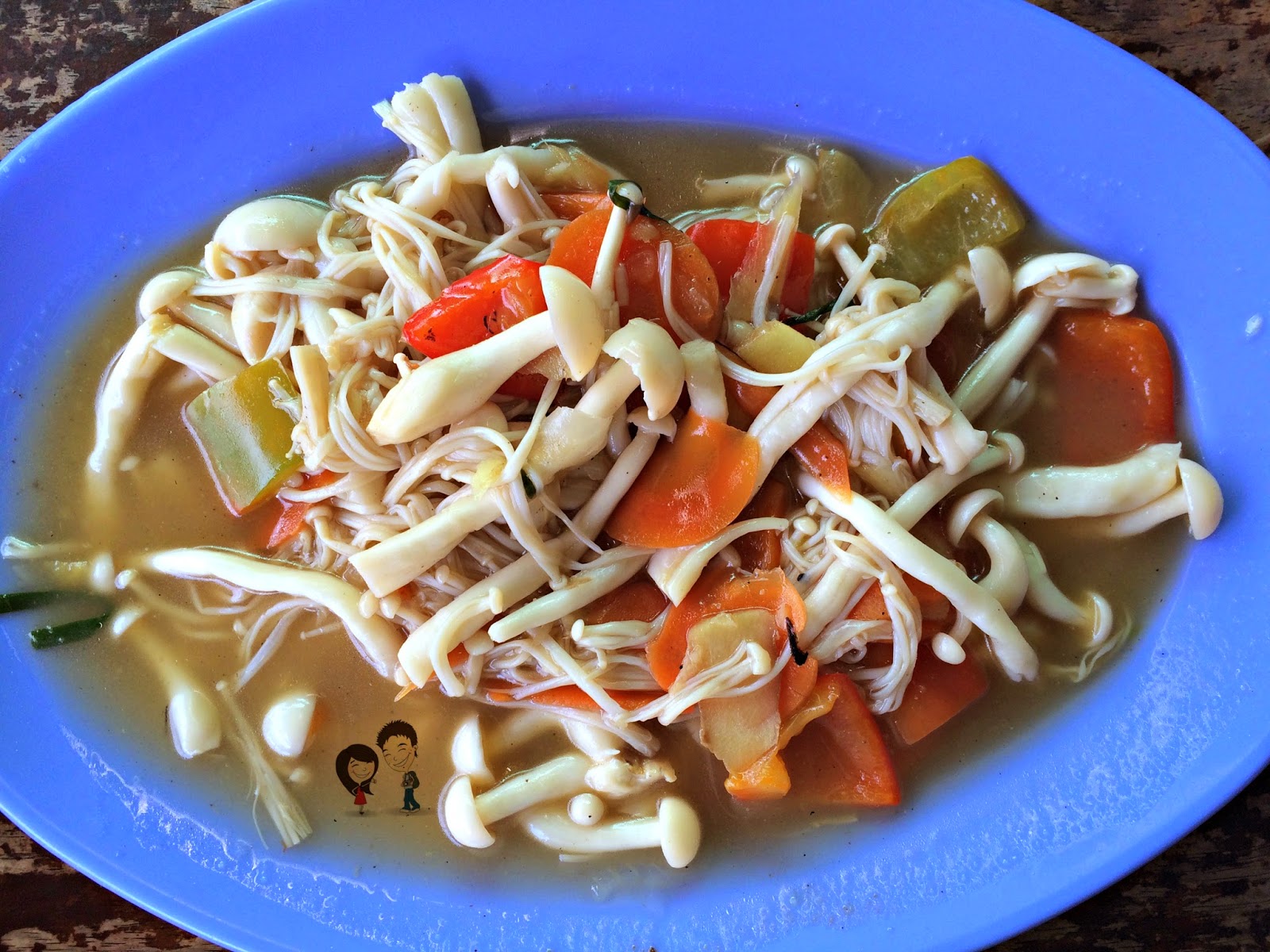 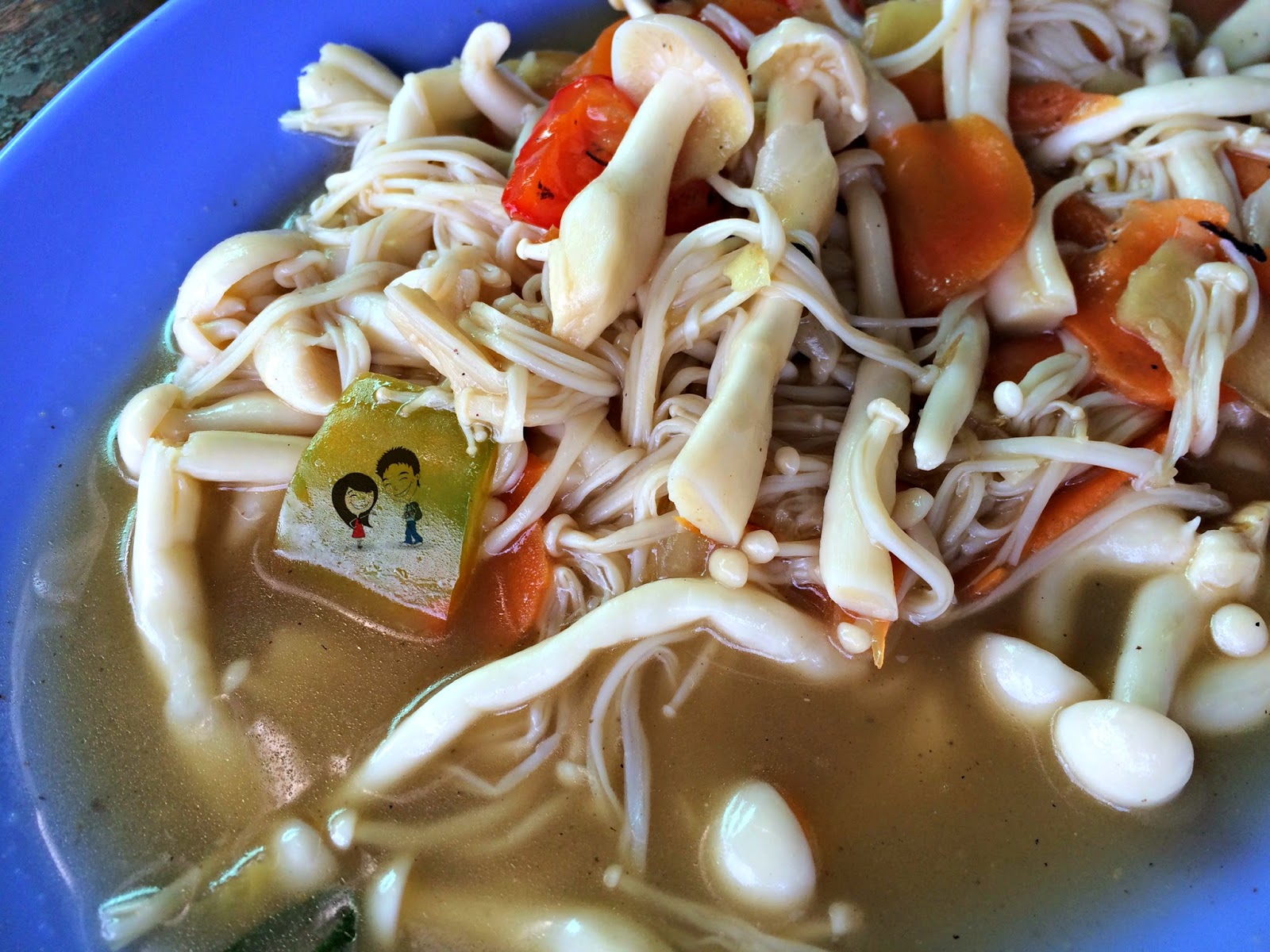 He says: Mushrooms! Love it.. the sauce is pretty nice too.. but could be saltier.
She says: Not my kind of dish. Maybe because I wear braces so it irritates me whenever the mushrooms get stuck between the metals. So yeah. If you like mushroom you will this one. I'm not really into mushroom so the taste was not nice for me. 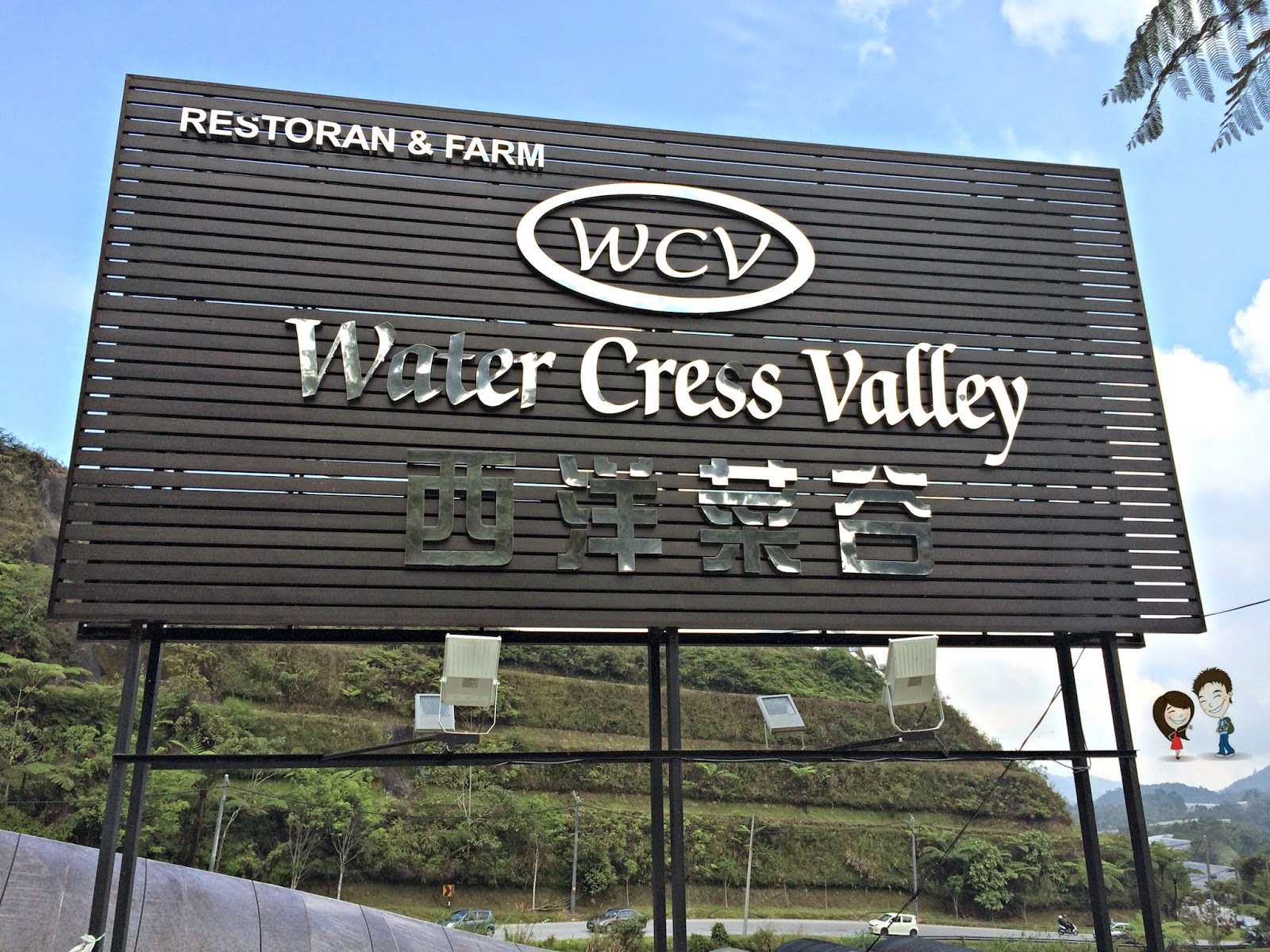 Ratings:
His rating: 7.5/10
Her rating: 7/10
Posted by WhatTwoEatHere at 7:00 pm
Email ThisBlogThis!Share to TwitterShare to FacebookShare to Pinterest