Malay food! Ahhh, no doubt malay food is one of our favorite kind of food. It's not only cheap but also really yummy. We found this place through a friend and also her parents recommending its tomyam soup and other dishes.

We went there once and the place immediately became our Sunday-Dinner-Place. Almost without fail, we';ll always have our dinner on Sunday here.

The only boohoo-thing is that there is no fan and it could get really hot there. Imagine sweating already and having their signature tomyam soup sumore, wala.

This one can almost become our 'budget-ly romantic' category but I think it's too hot to put it into that group.

Oh oh! There is also one satay stall that sells really good beef and chicken satay! That will be on another entry for sure!

They have western food and burgers on weekdays too :) 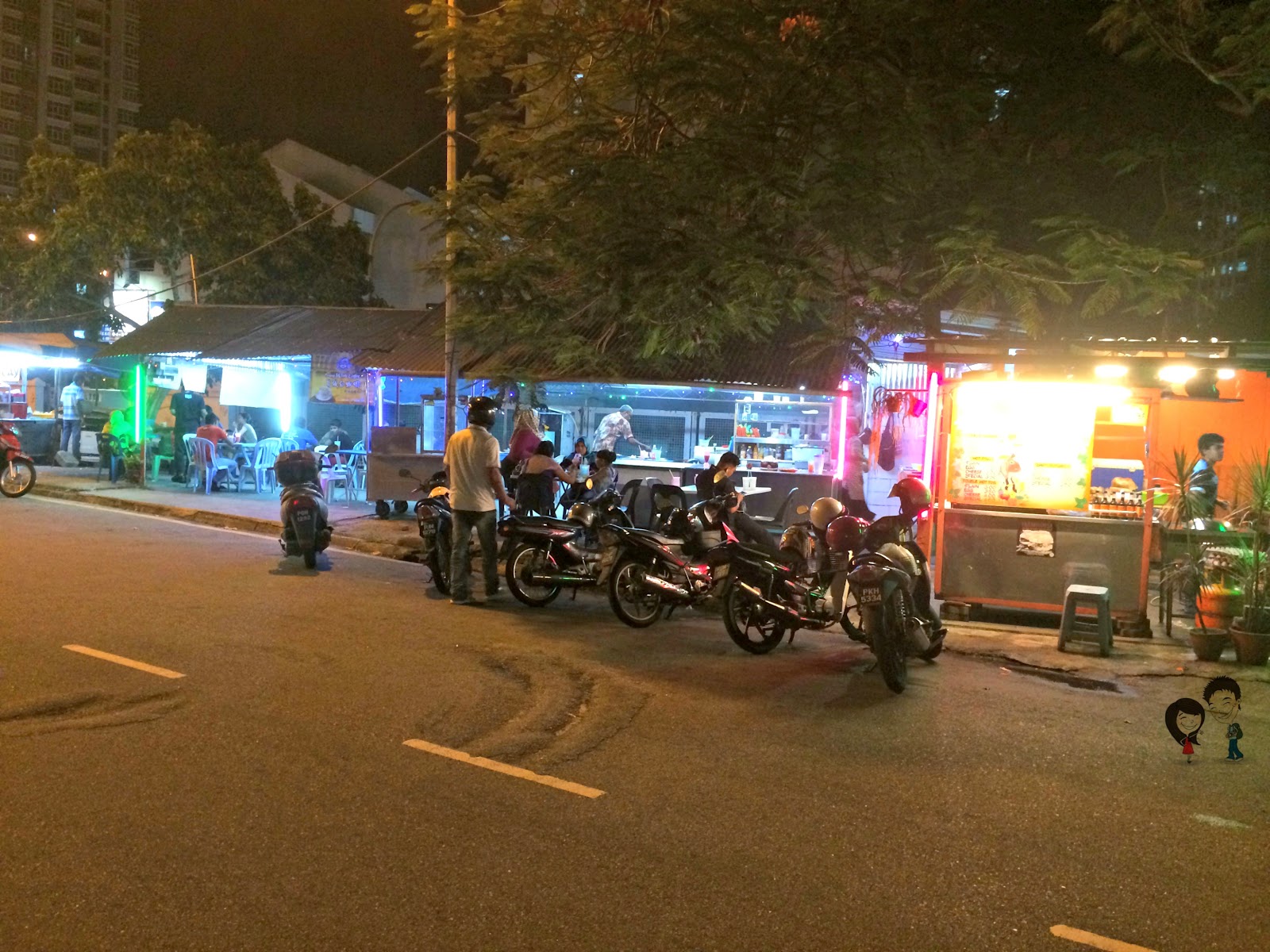 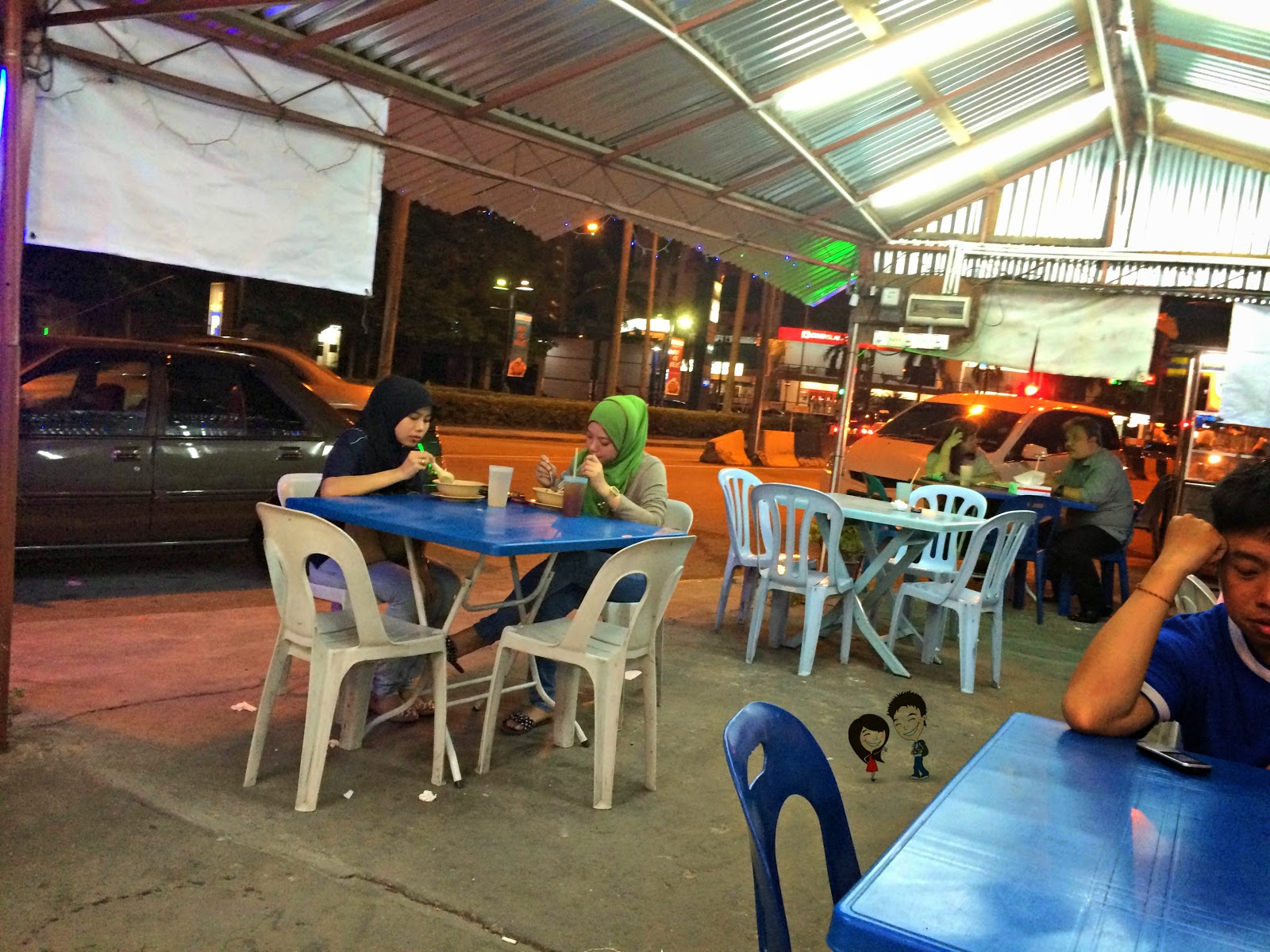 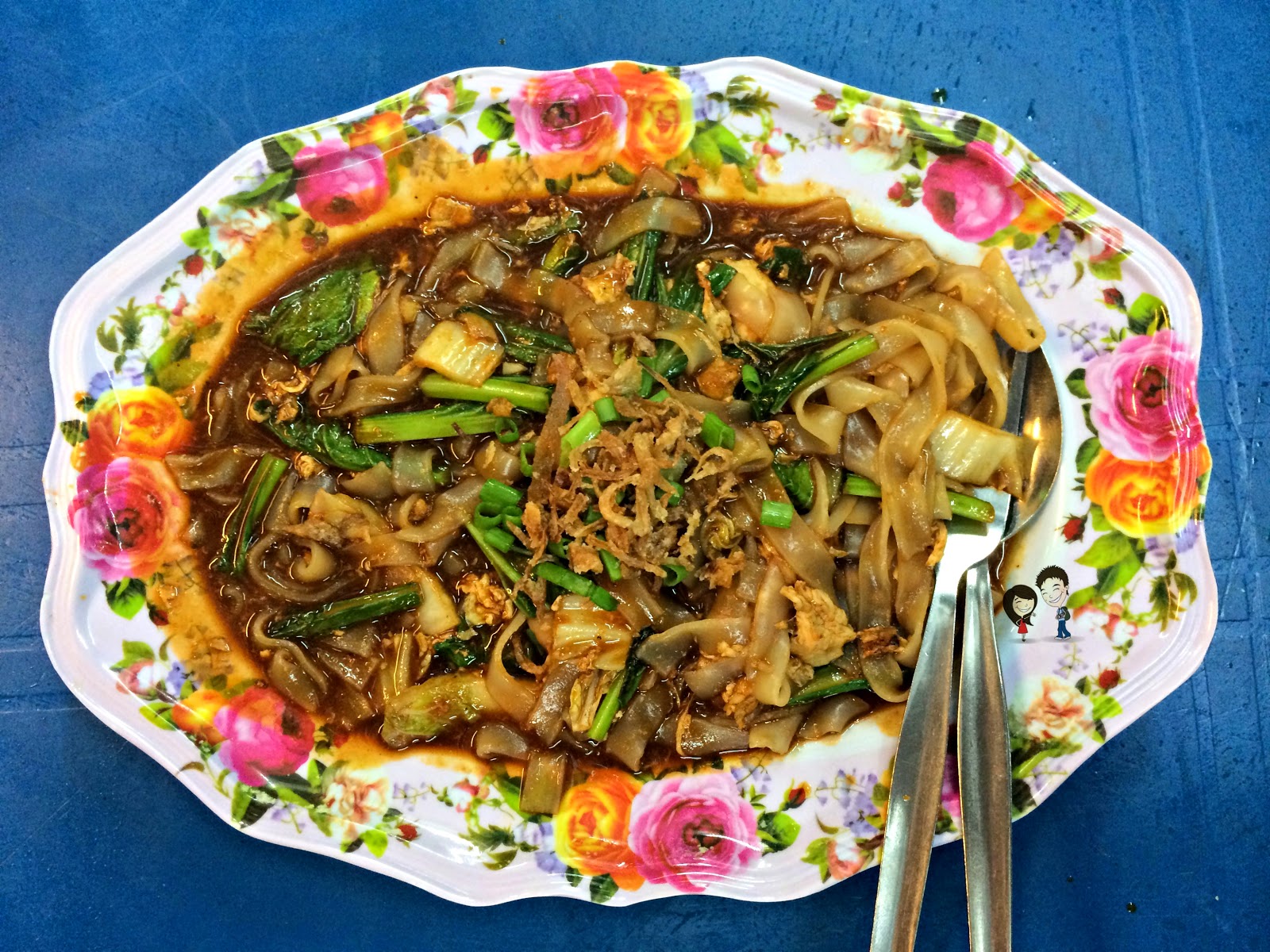 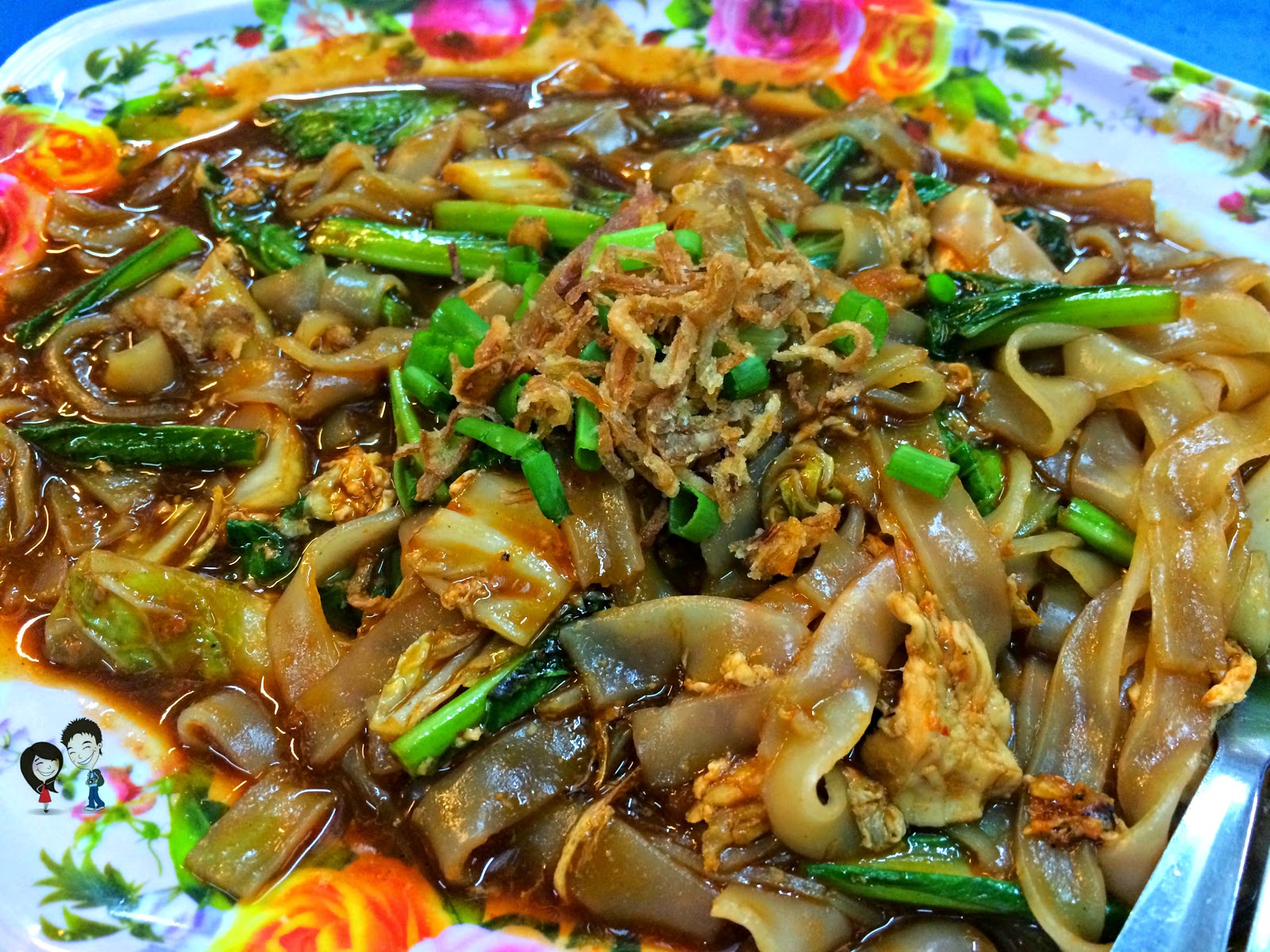 He says: Served hot and spicy.One of the best koay teow basah that I had taken. Thumbs up!
She says: The wetter it is, the better. Afterall, it is called koay teow basah. This one quite nice. 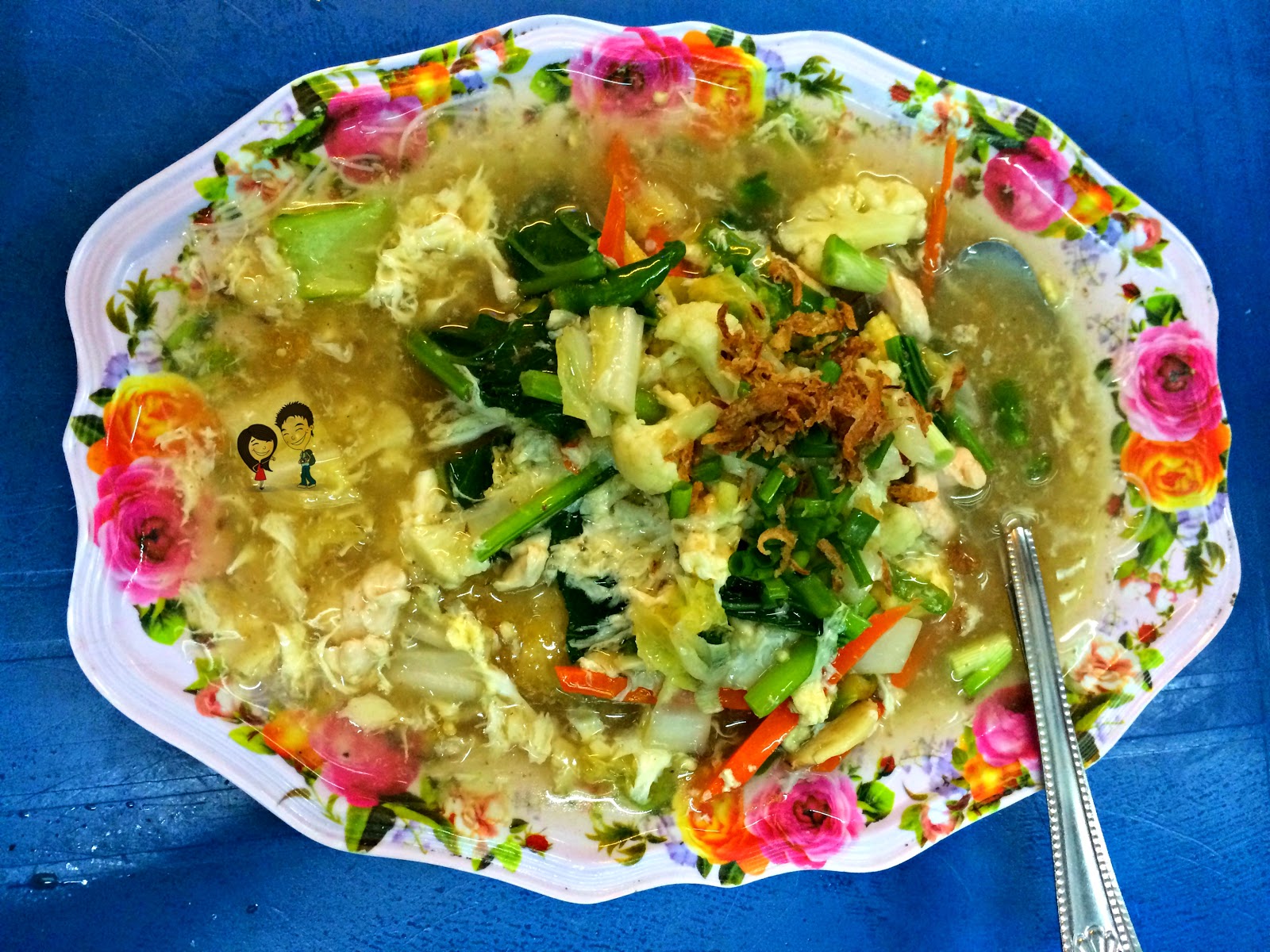 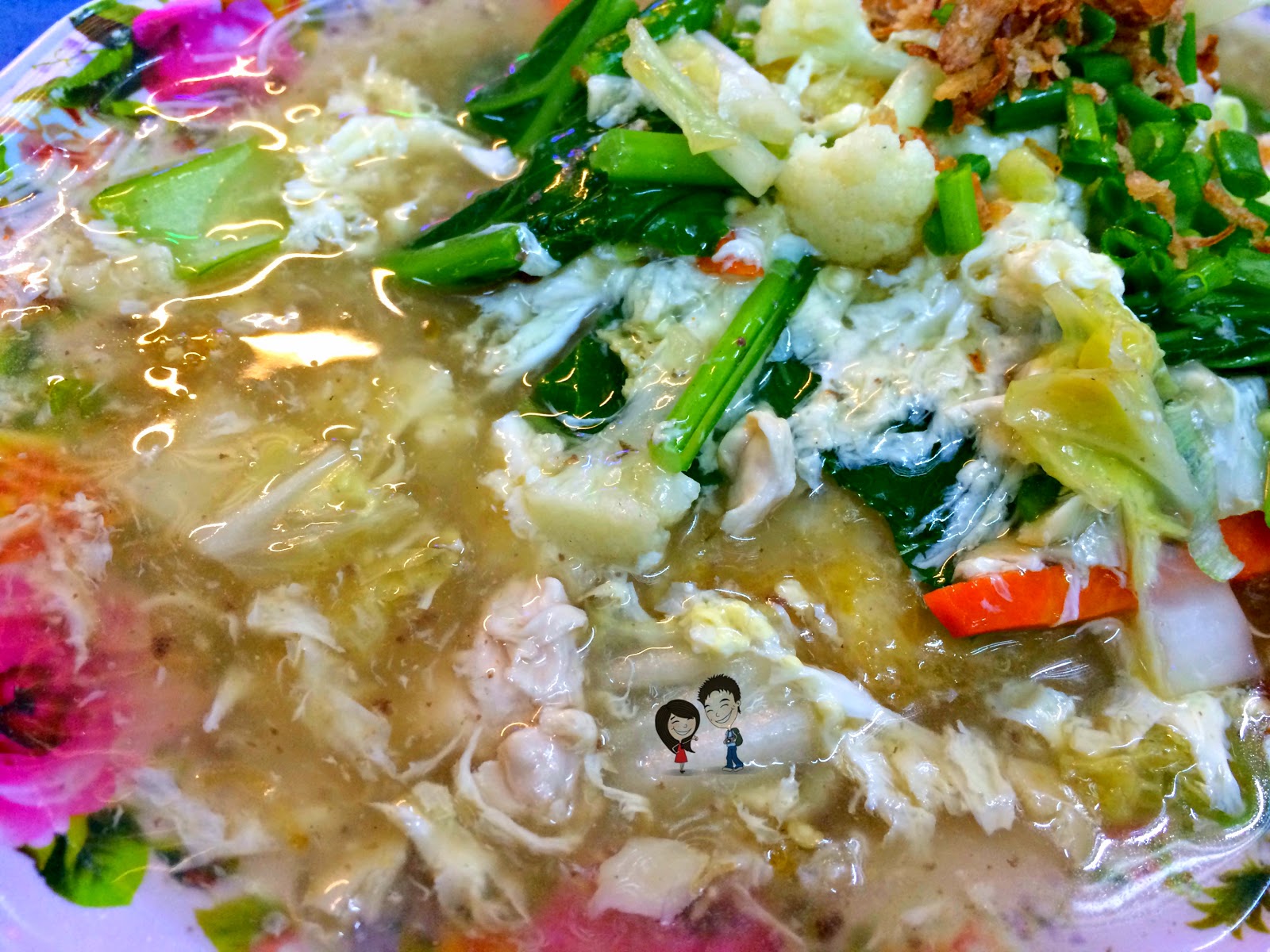 He says: My favourite dish in Malay stalls! However, this one somehow does not have that kick this dish usually have. Nevertheless, recommended!
She says: I didn't even know there's such a dish. I must say I was impressed! Love the gravy. It's a little spicy. Almost like char hor fun but better! The deep fried beehoon not so much but very special. Must try! 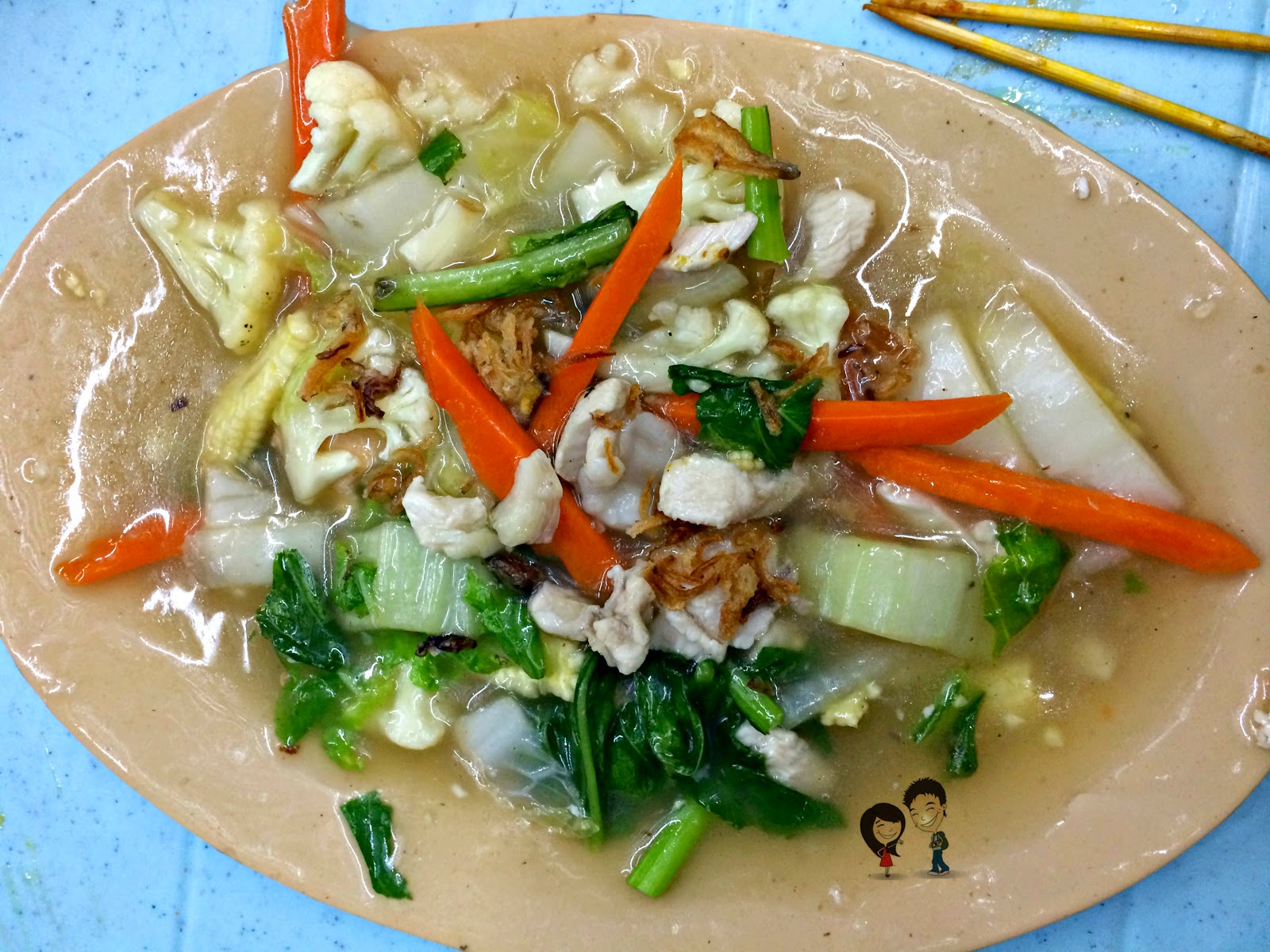 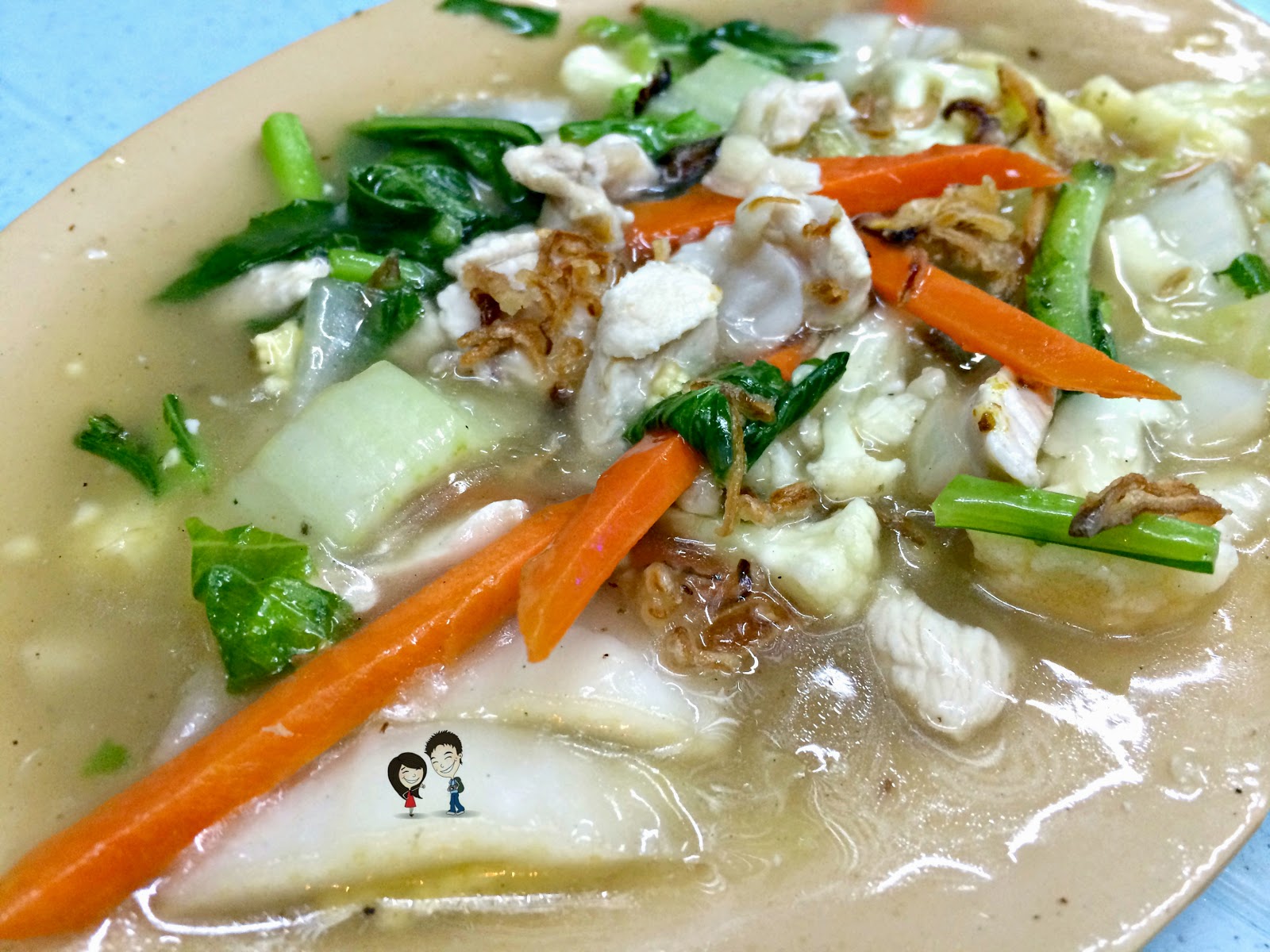 He says: Not bad but could be better!
She says: Quite a normal dish. Yummy and simple. 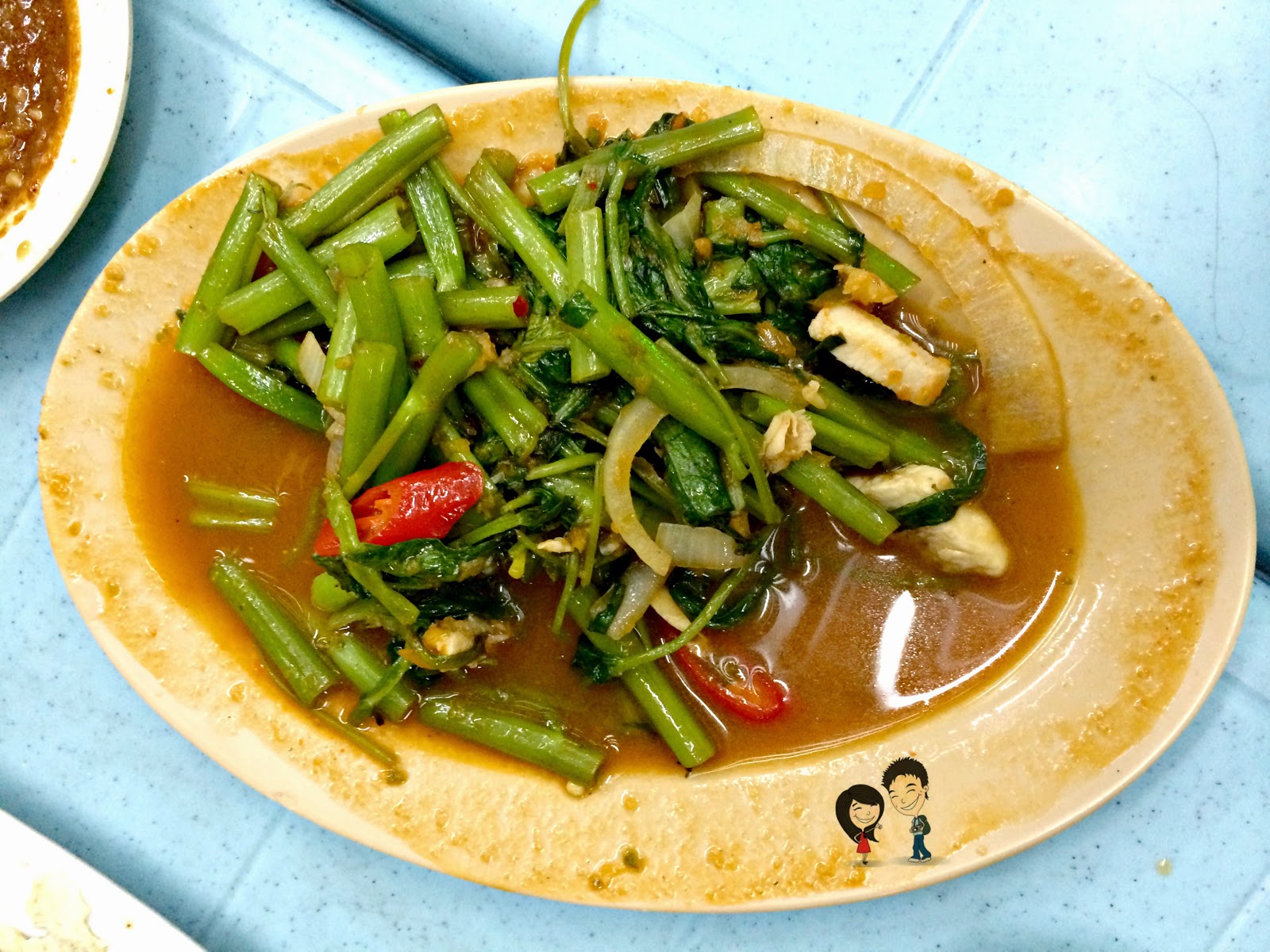 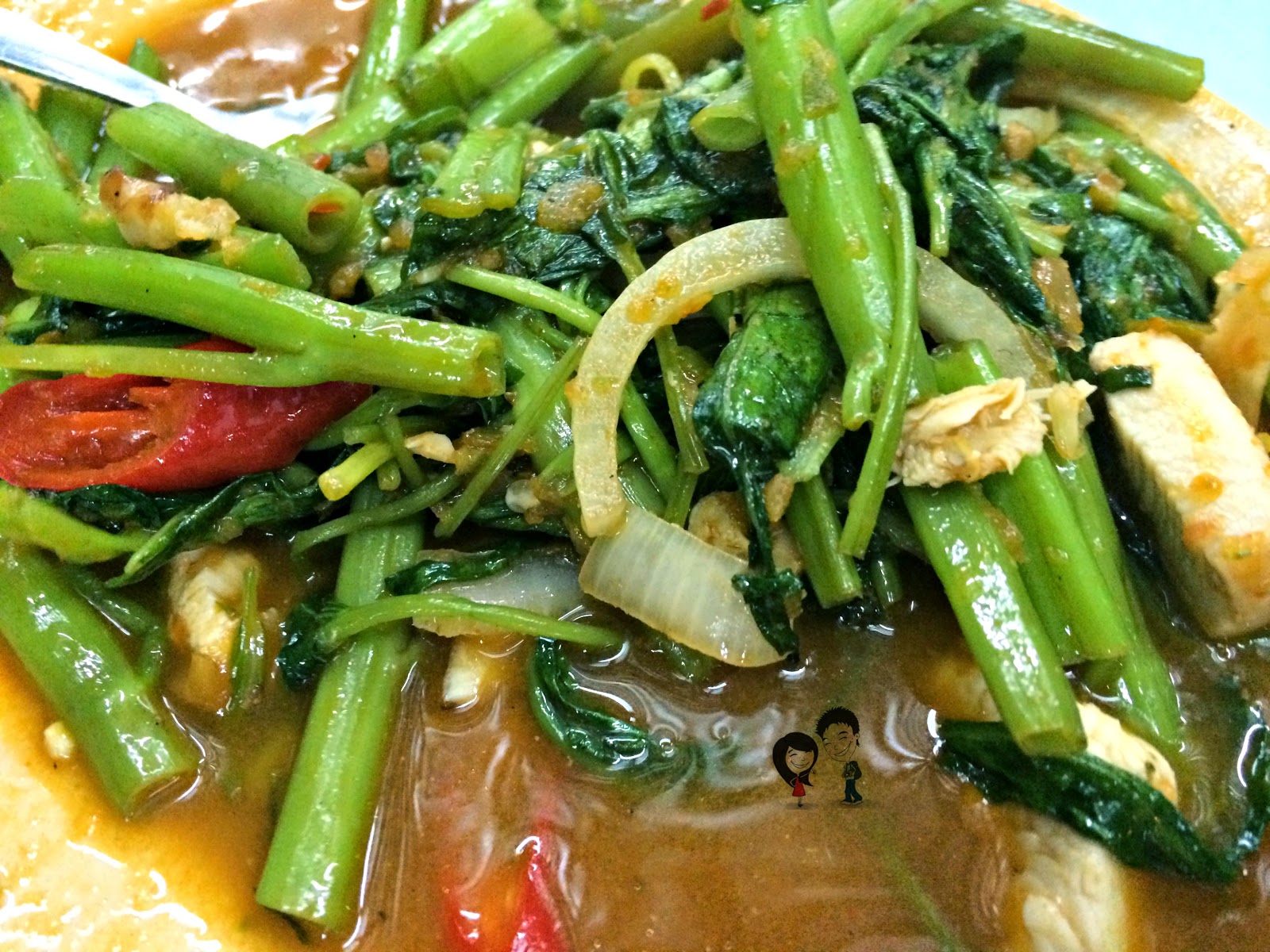 He says: Its a little bit to wet I would say. Just so so.
She says: Okaylah. 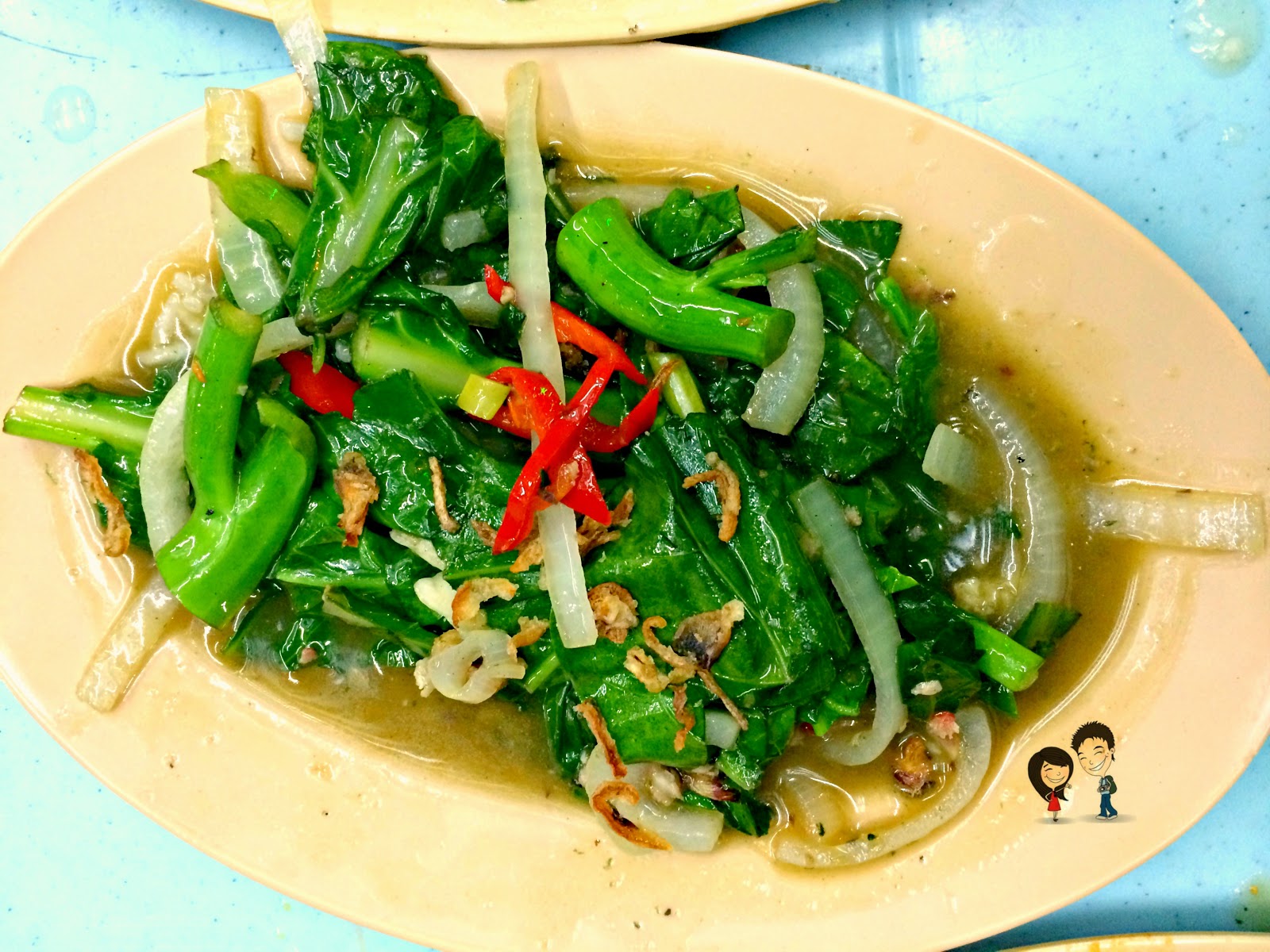 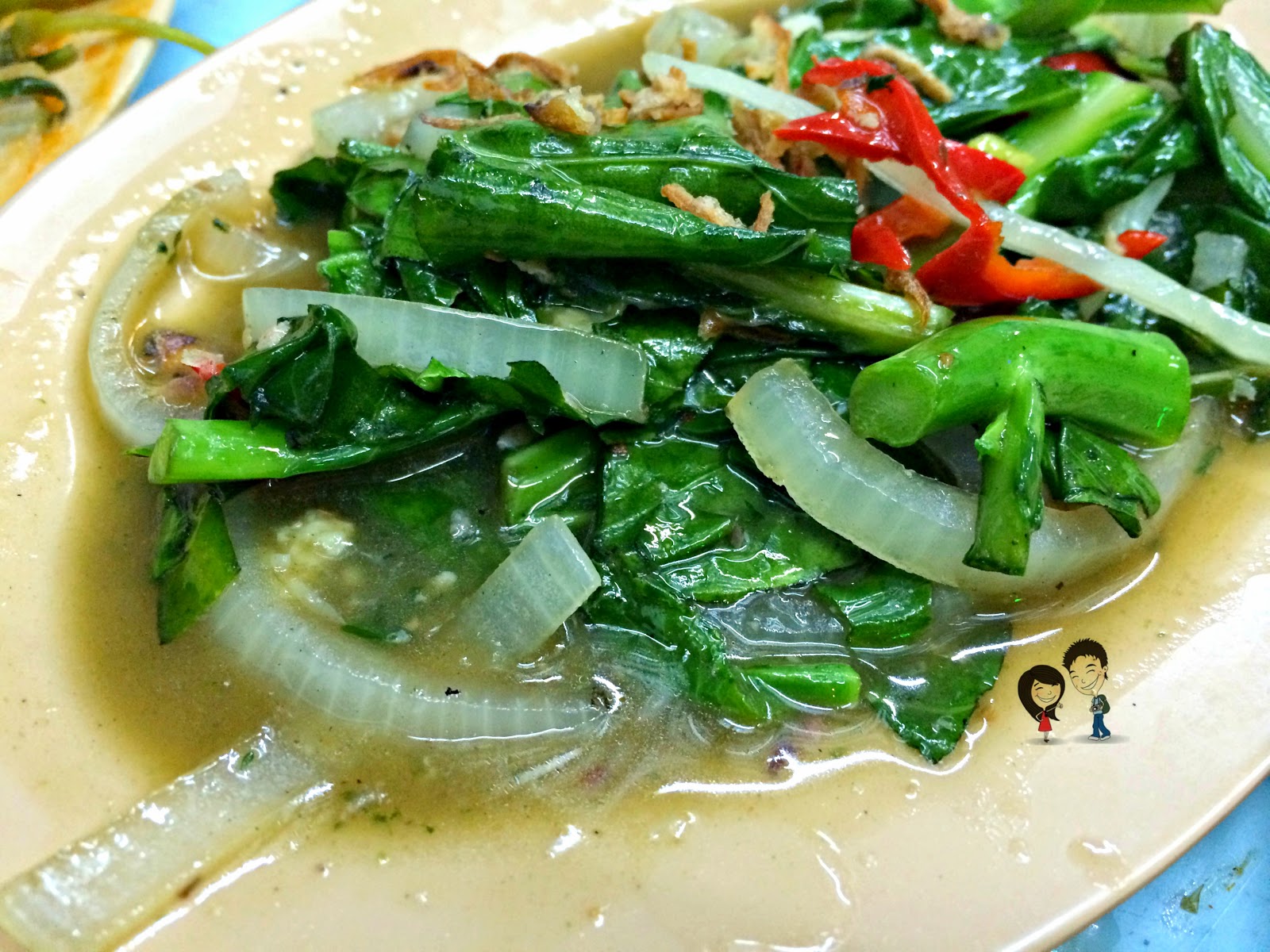 He says: Good. Smells good tastes good!
She says: Love this one. 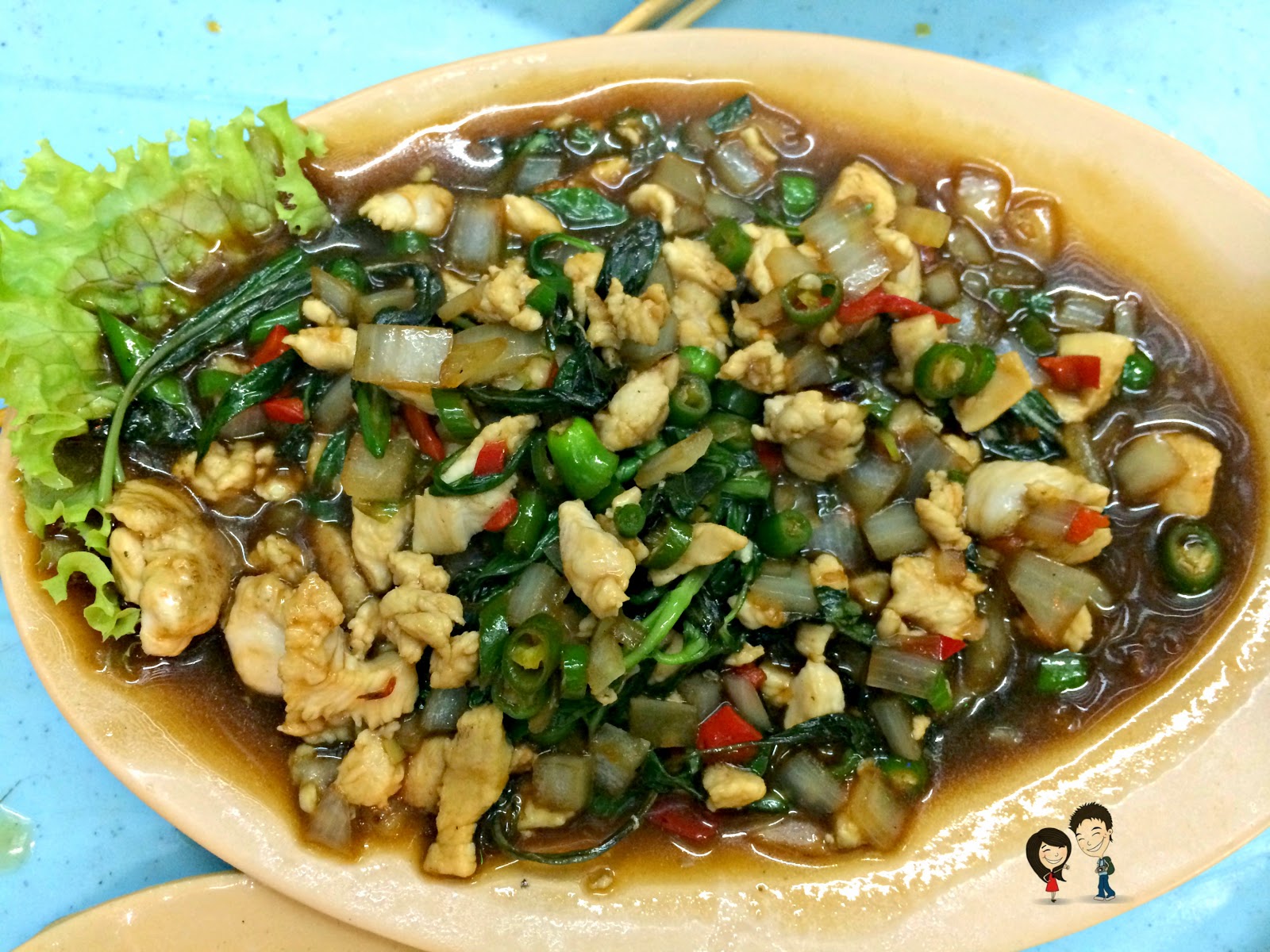 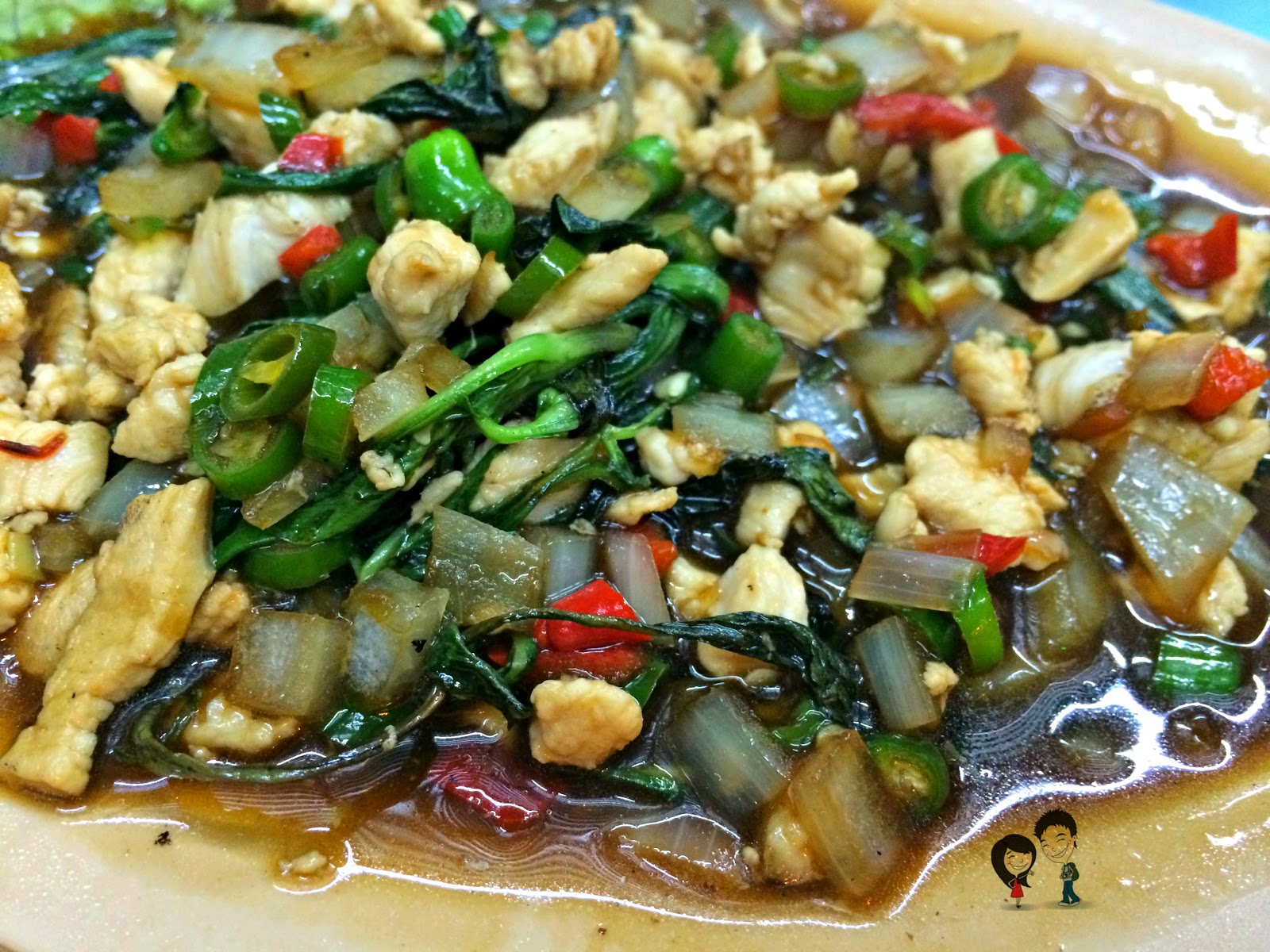 He says: AHA! Good stuff.. If you like hot and spicy dish, you would love this. Not only that, the fragrance of the basil leave would give you a twist in your mouth.
She says: Very similar to a Thai dish that has basil leaves in them. Super yummy. I love this one. 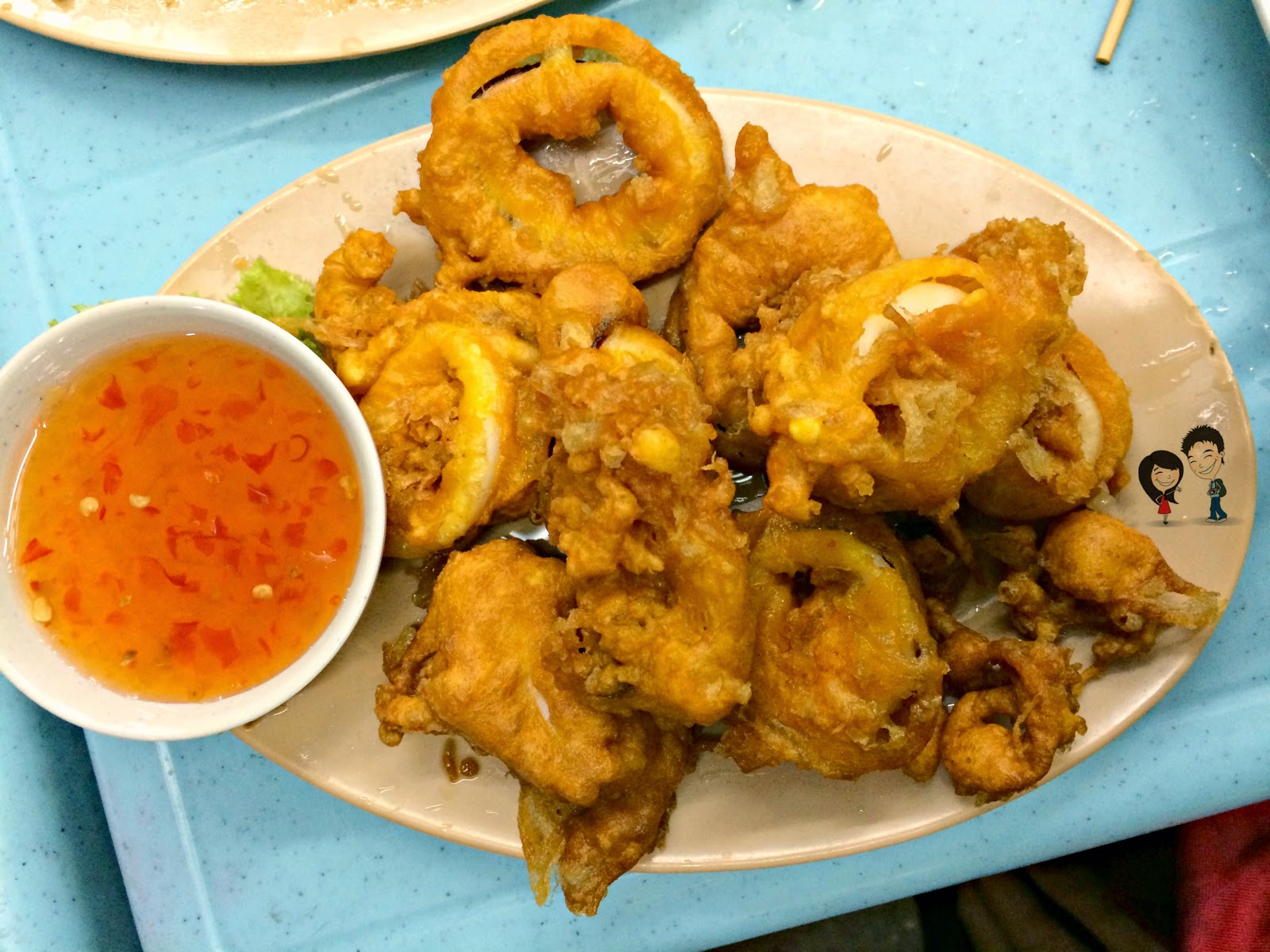 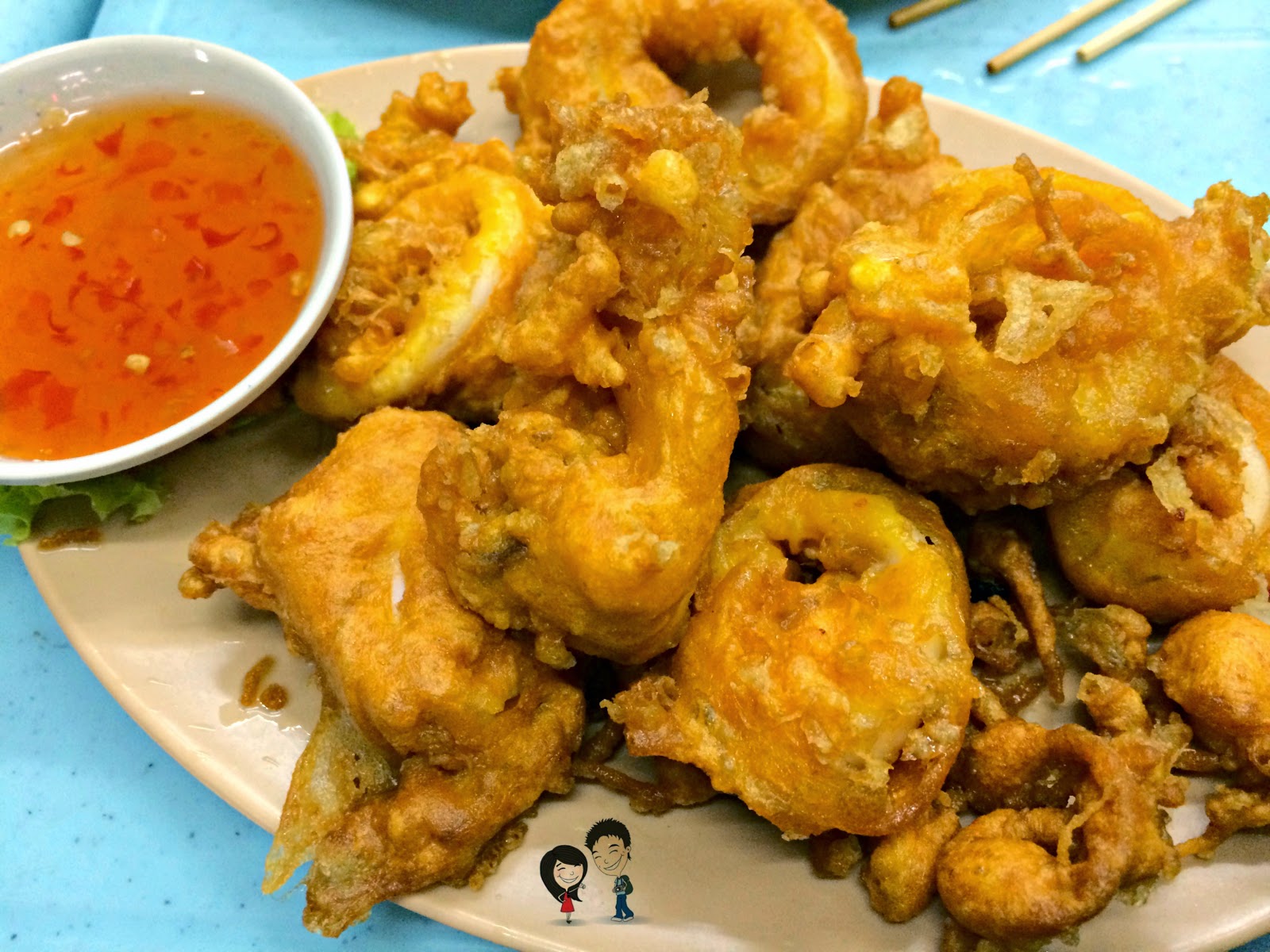 He says: The hard to go wrong dish :)
She says: Too much flour I feel. 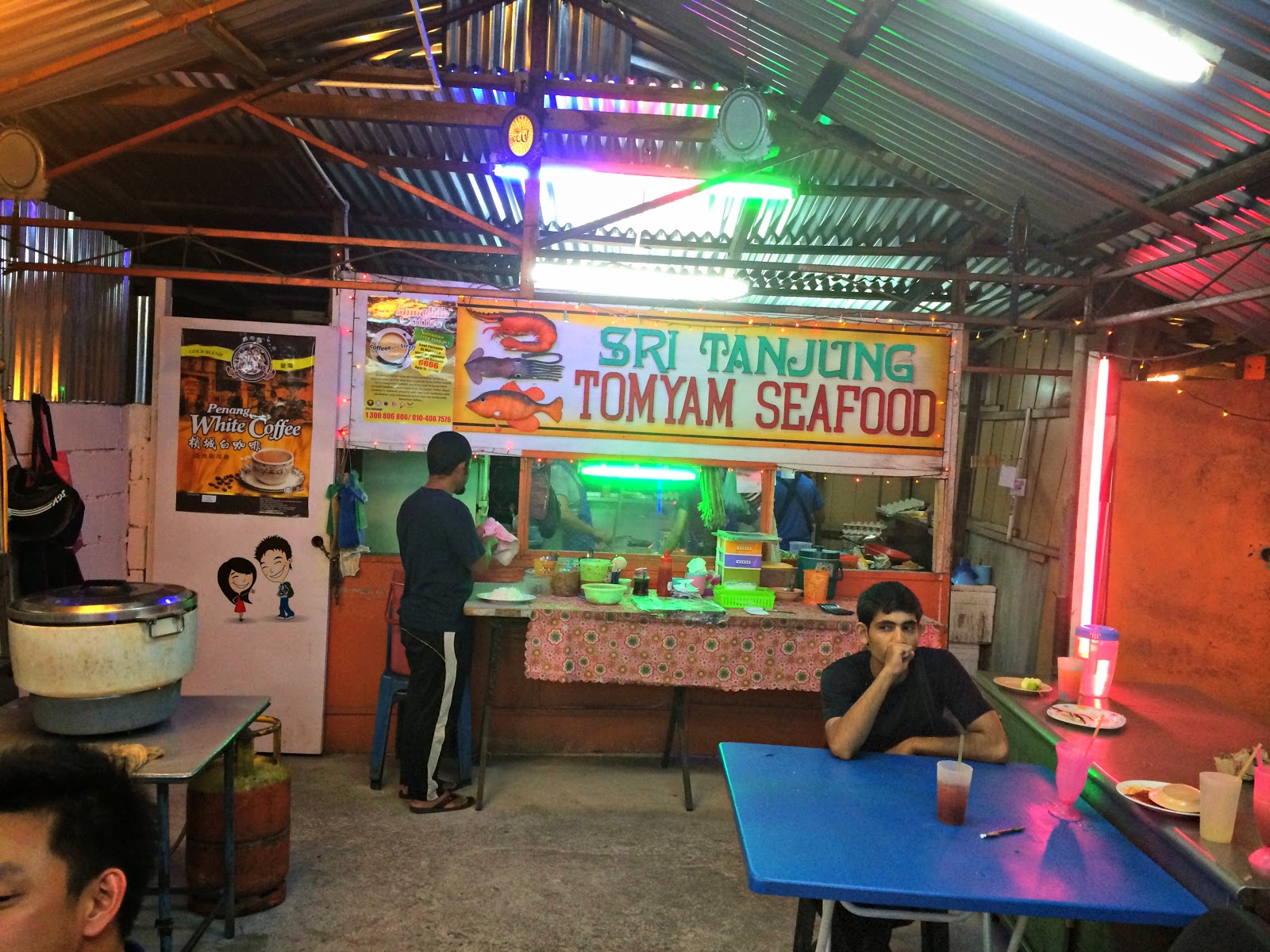 Ratings:
His rating: 8/10
Her rating: 8/10
Posted by WhatTwoEatHere at 4:07 pm
Email ThisBlogThis!Share to TwitterShare to FacebookShare to Pinterest