So, her niece and sister completed their full month and it was time for all of us to celebrate! And they decided to dine at this restaurant with the big huge family! :) Actually the reason we settled for this restaurant is because the rest of the chinese restaurants in Penang are all fully booked for the weekend. So yeah..

We ordered so much that we could not finish eating them. You will see only a few dishes because after the food kept coming, we totally forgotten to take photos. Hah. Who can blame us right? If any of you were there, you won't even take any photos! Haha. Anyways, enjoy yourself! :)

When we reached, there were so many people lining up to get a place to seat. Good thing for us is that her sister called earlier for reservation for 15 pax! 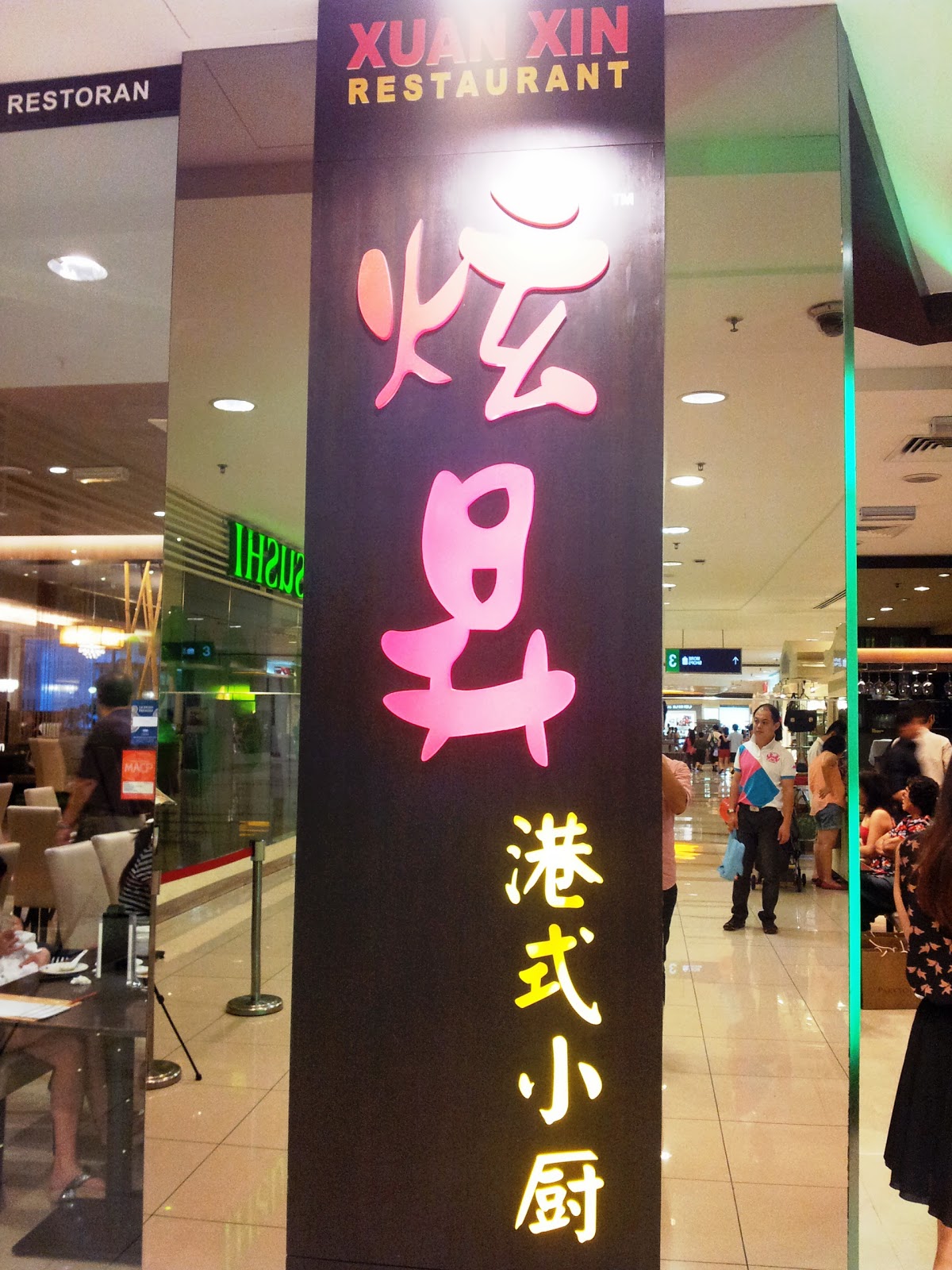 The inside of the restaurant. Pretty spacious and huge. 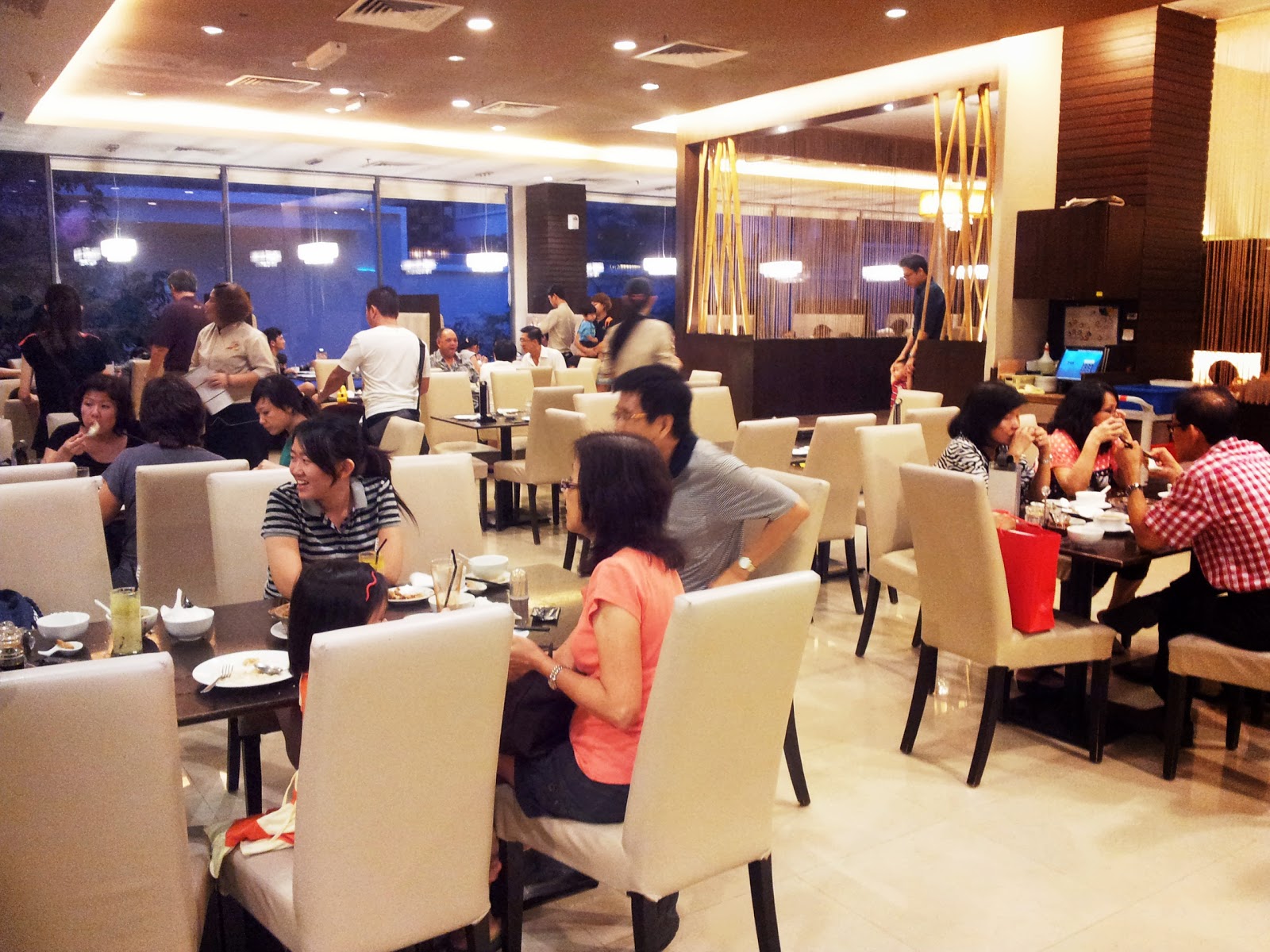 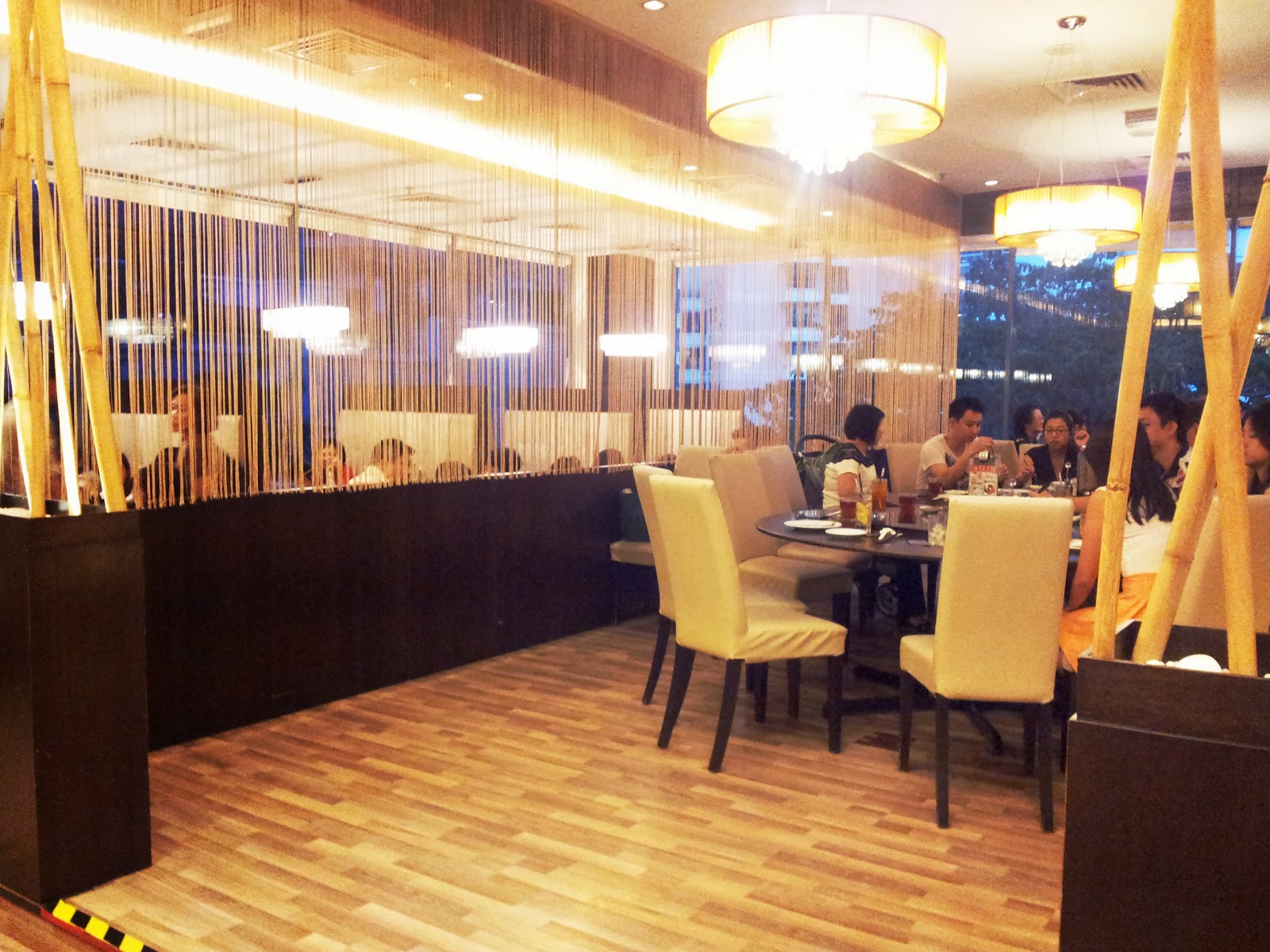 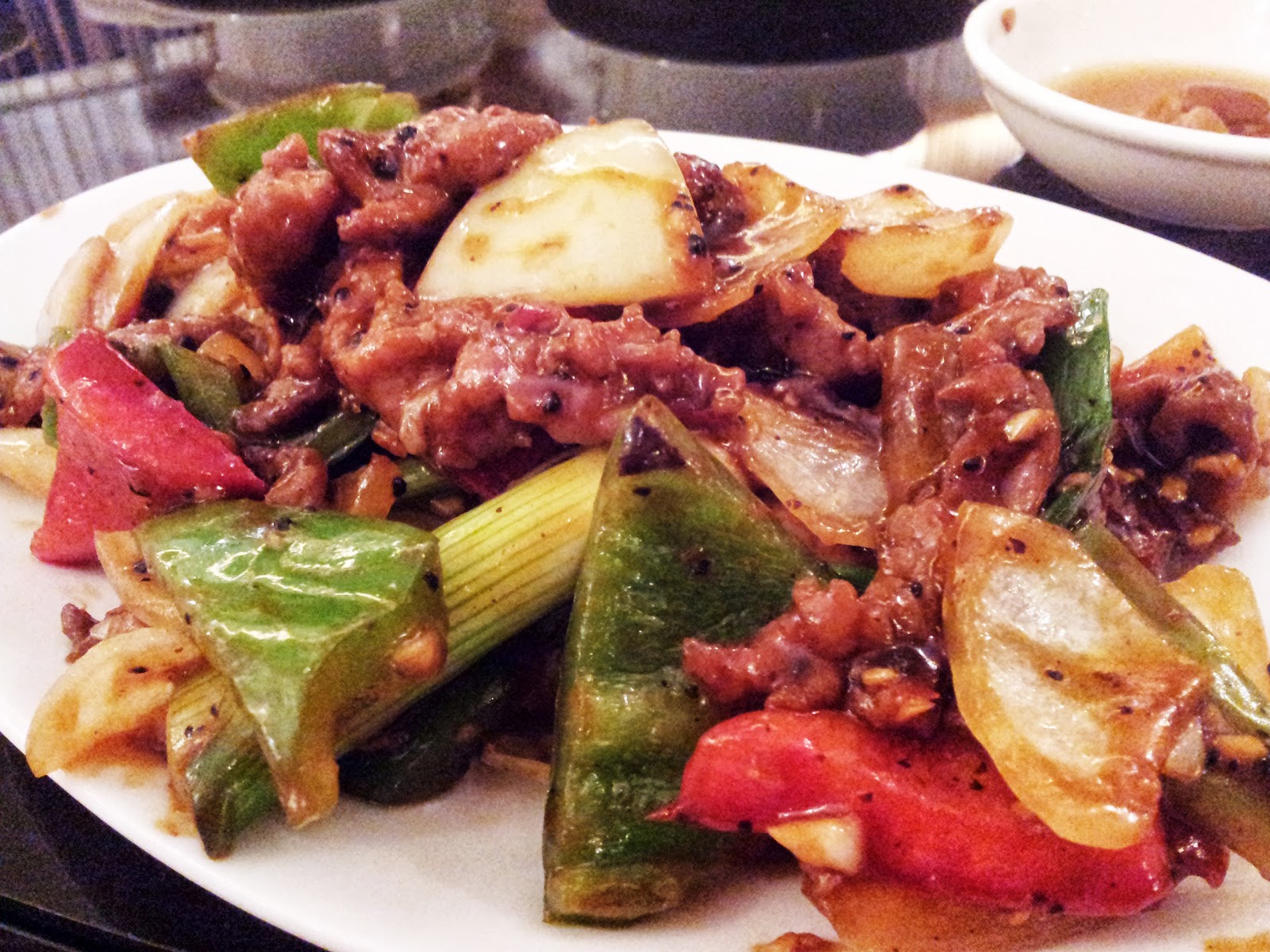 He says: The beef tastes very good together with the pepper sauce.
She says: The meat is pretty soft and not that chewy. Kinda like this dish. Not a big fan of black pepper dish though. 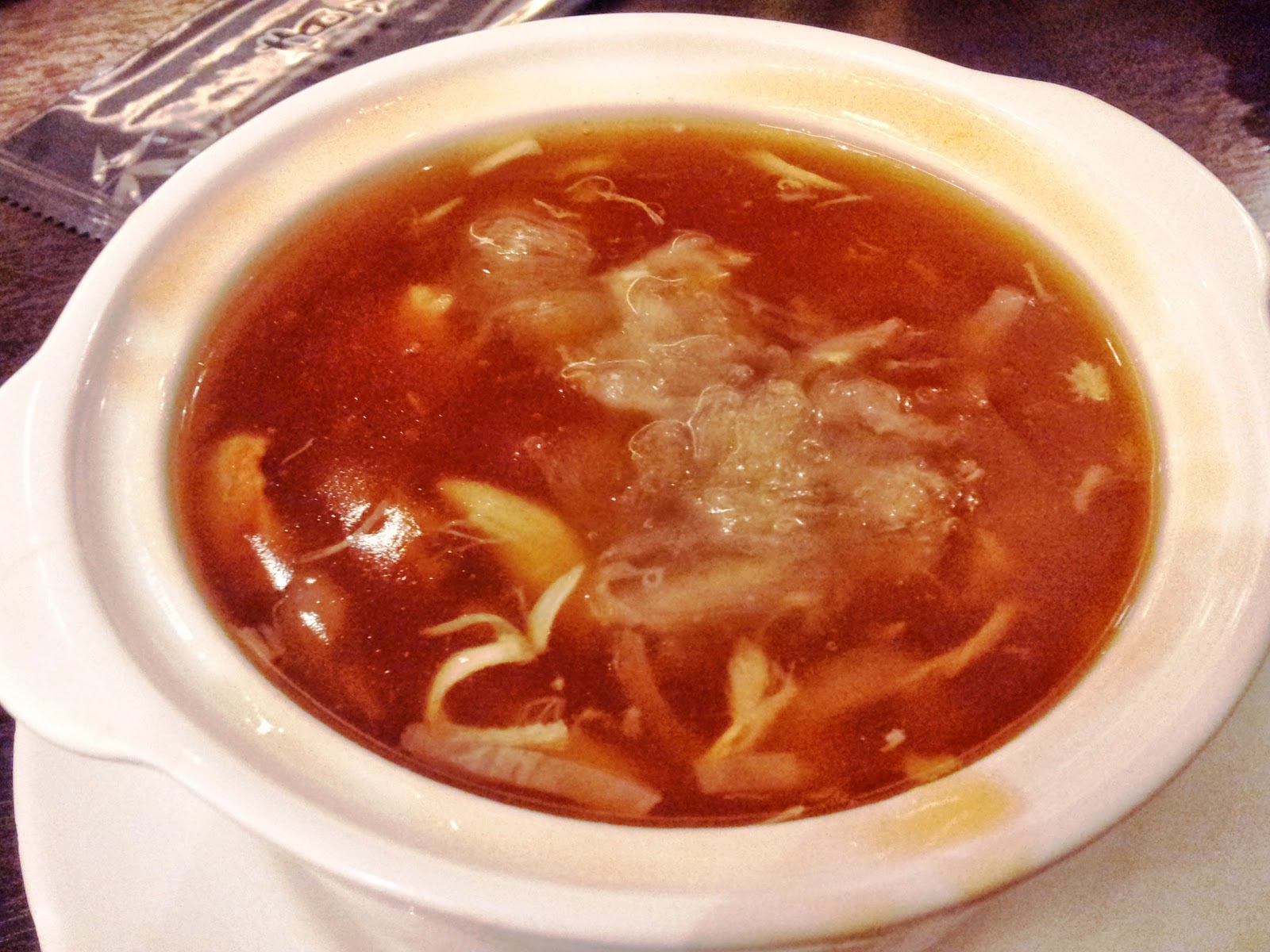 He says: Thumbs up for this! The colour is different from the normal shark fin soup though! haha. =D
She says: I don't usually drink shark's fin soup. Not because I think it's cruel and stuff like that. It's just I feel there's like not much taste in it. But this one, I love it! I finished one whole bowl by myself, which is like so rare! :) 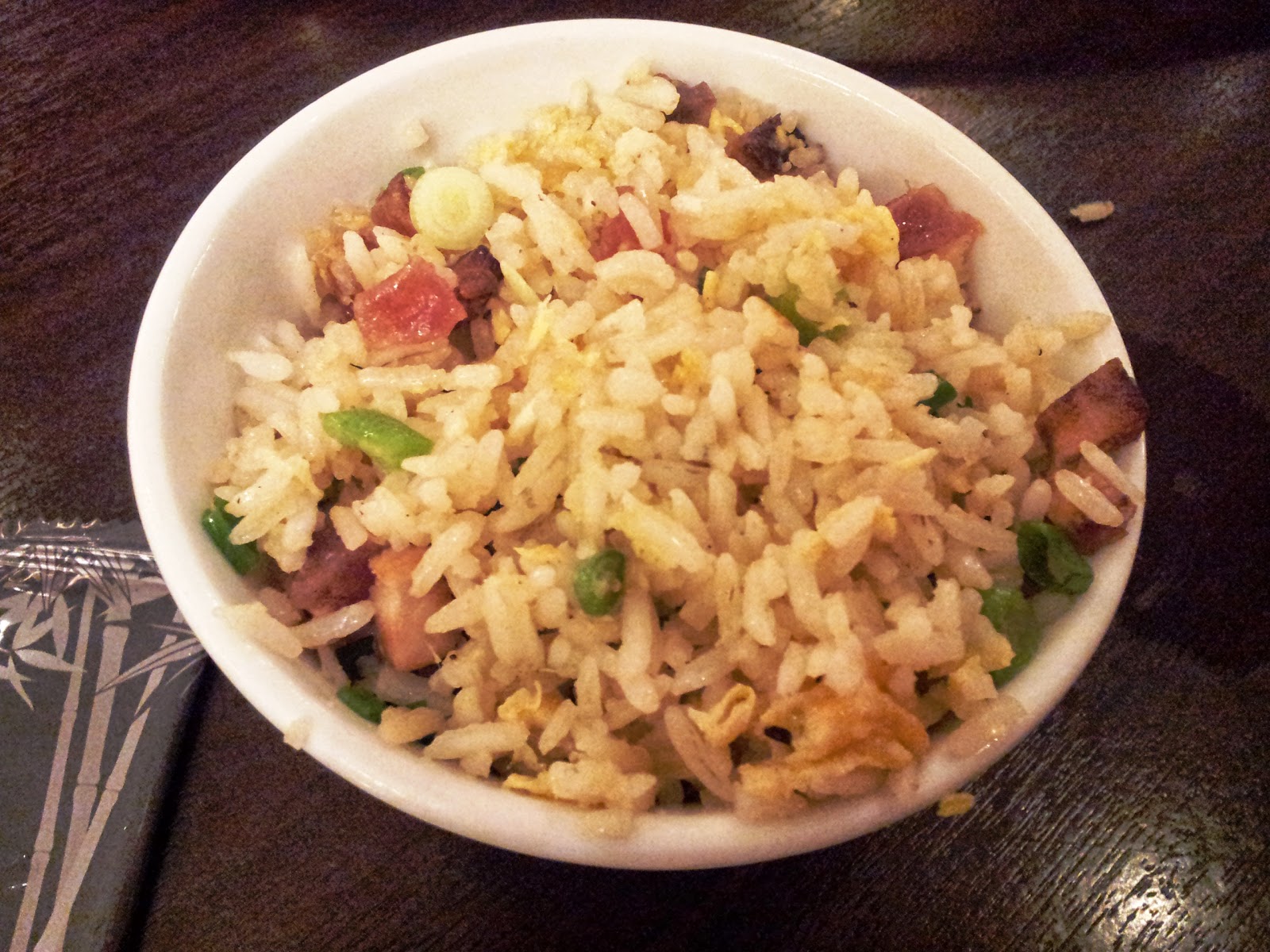 He says: Fried perfectly nice. Not oily and the rice tastes really good!
She says: Not bad for a dish of fried rice. Not bad! :) 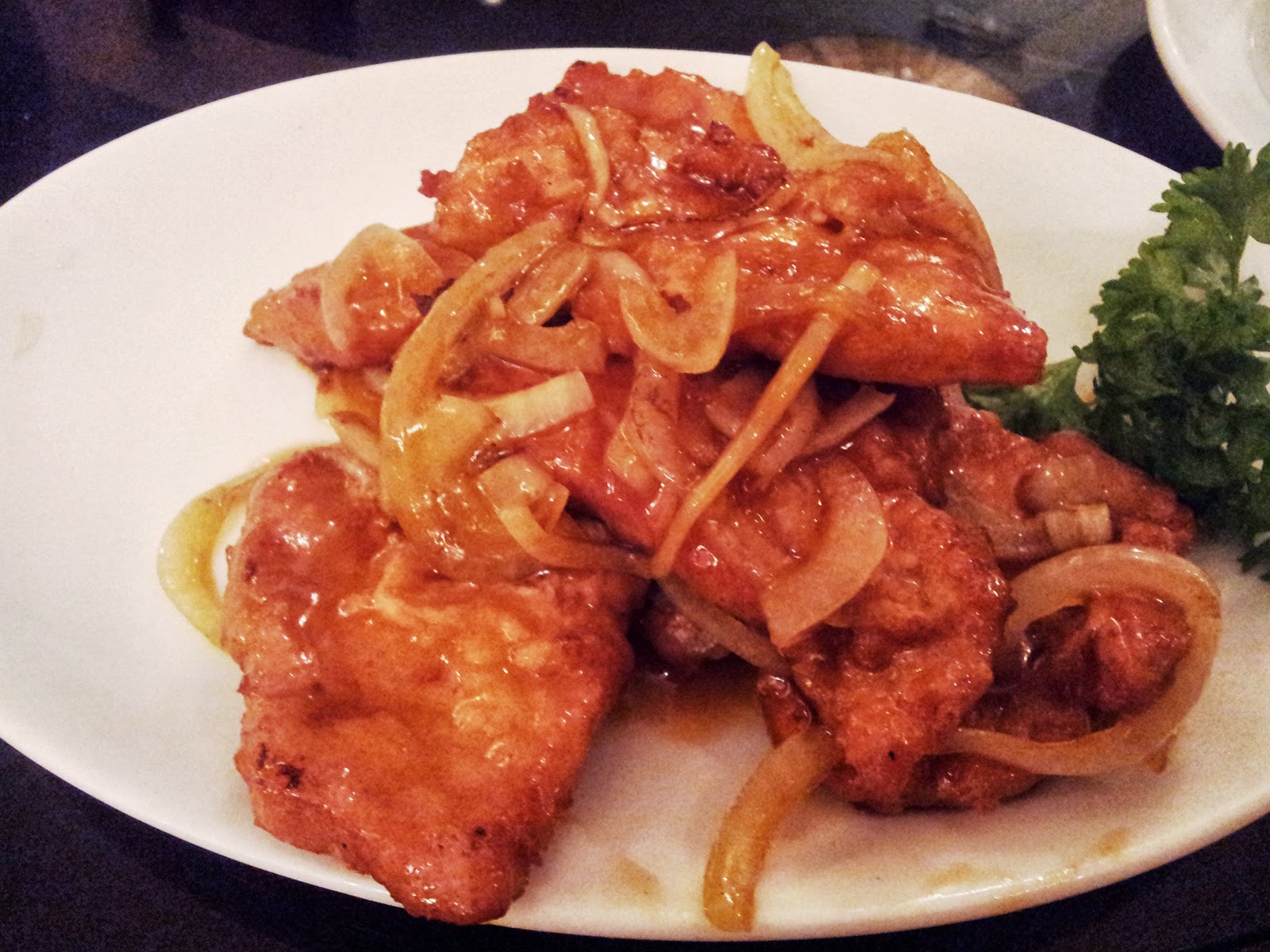 He says: Typical sweet and sour pork. Just okayyyyy..
She says: Love the meat. Very soft and the sauce is sweet. Not too sweet. Just alright sweet. Nice dish :) 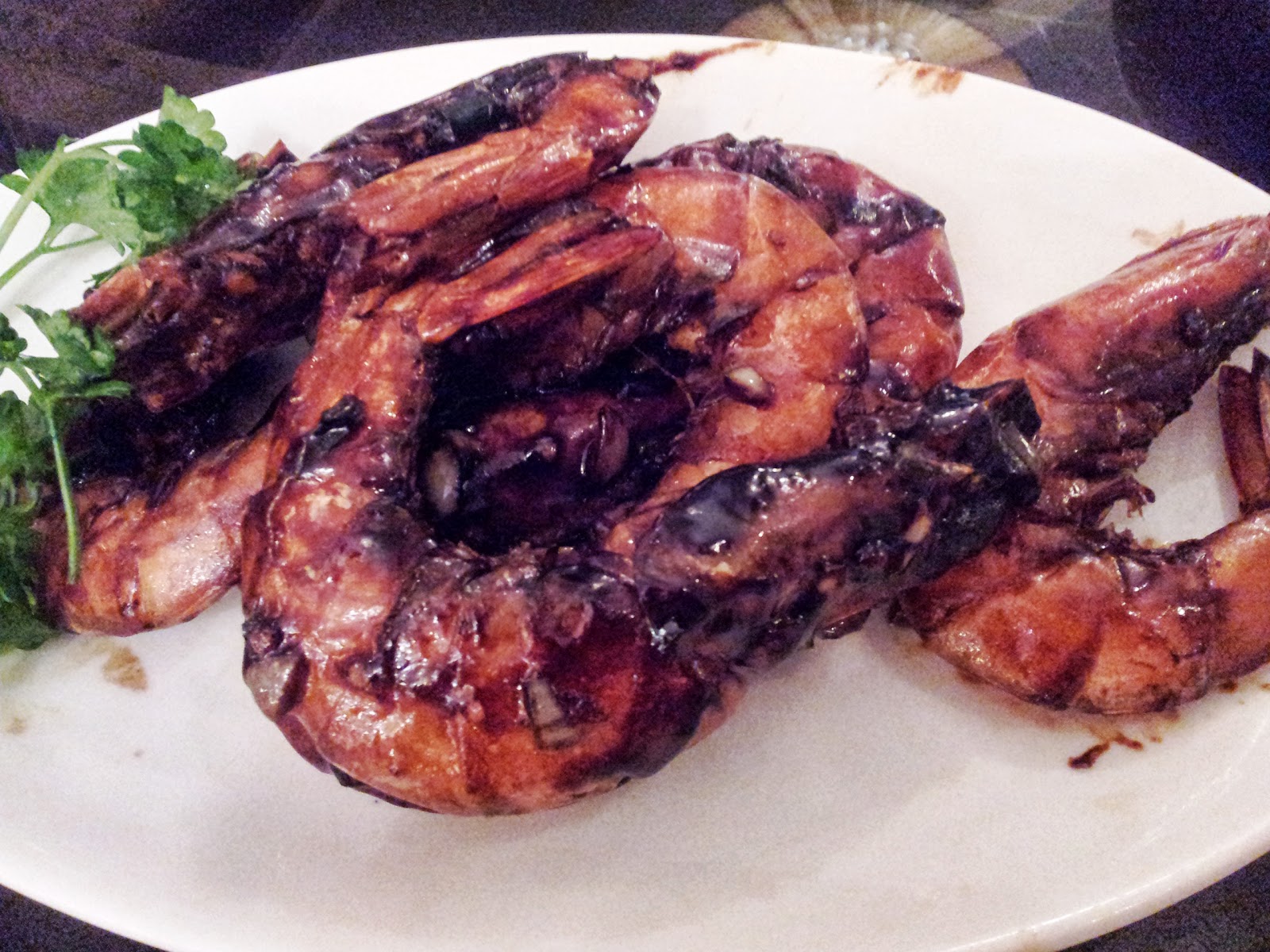 He says: I'm not going back there for that. Cant really taste the sauce AND it is super expensive some more for probably just 6 prawns?
She says: Hmm.. The sauce is not that yummy and impressive. The prawn meat not so fresh because it sticks to its shell. Not that great! 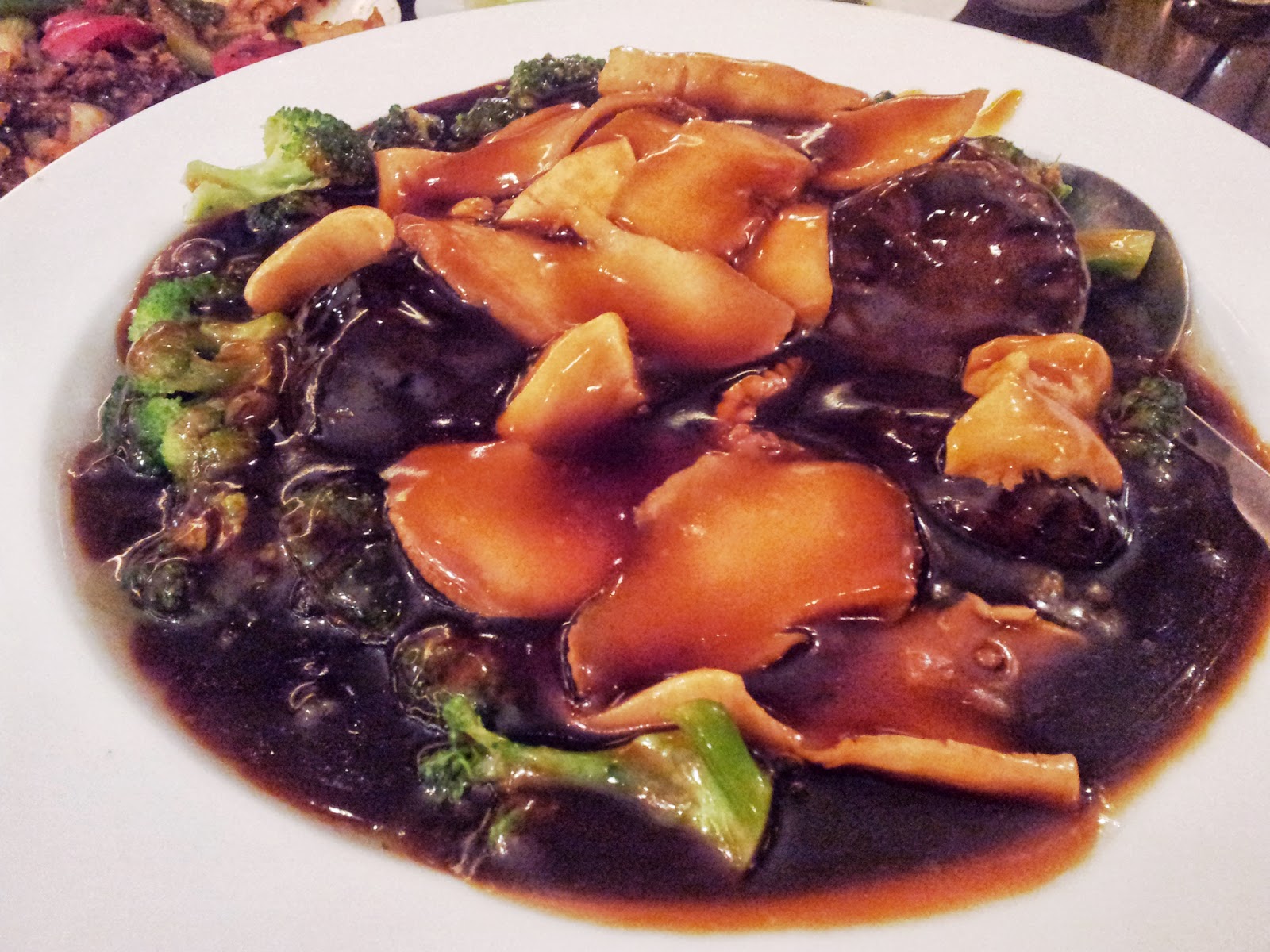 He says: I kinda like this one. Like every 8 course dinner, this one will always be one of my favourite! And this, even better than those in hotels. The sauce is slightly too sweet though.
She says: This one is not bad. The black sauce is pretty normal. 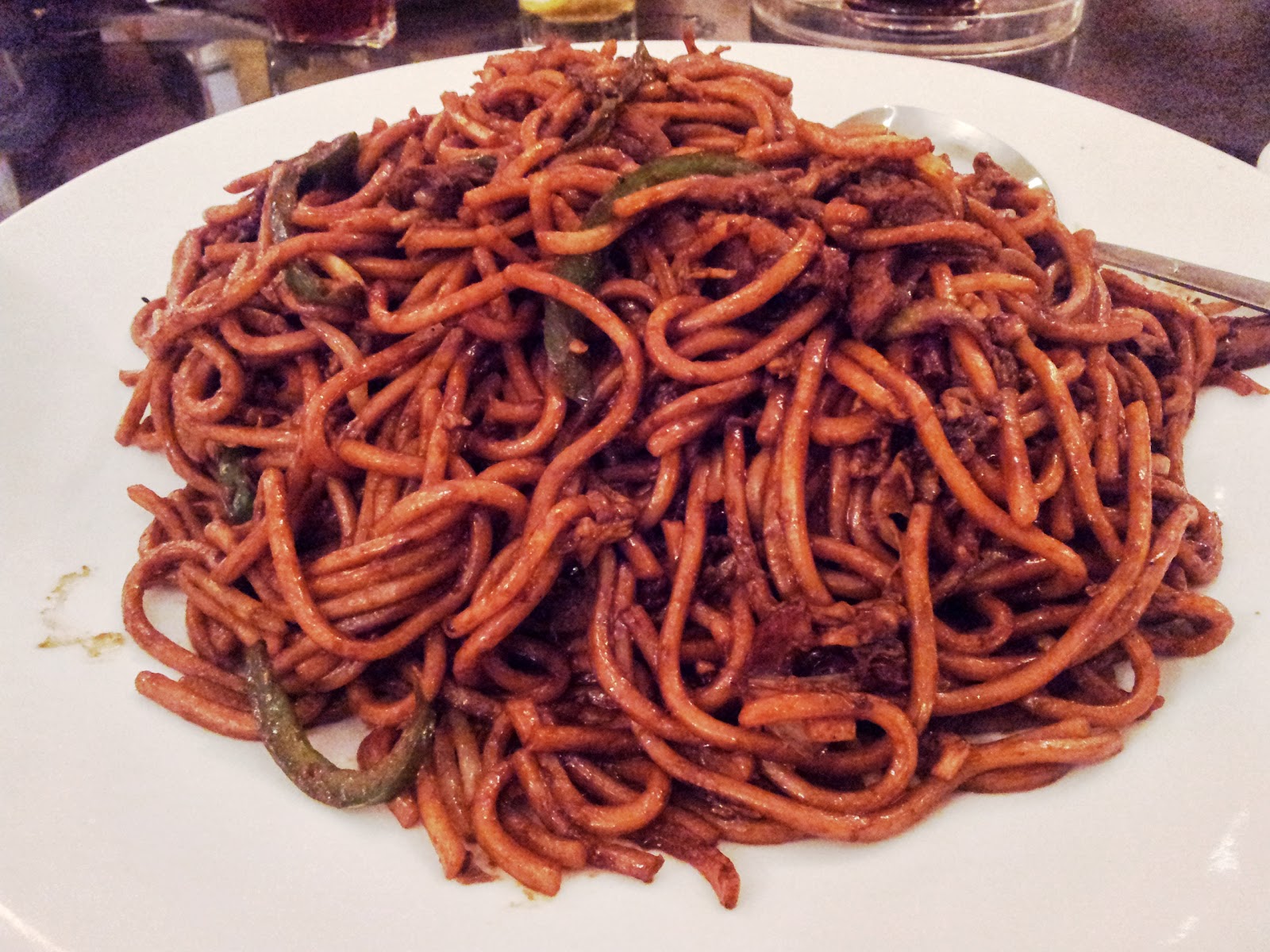 He says: Hmm its not bad.. Like the texture of the noodles!
She says: I like this dish just because the noodles used is yummy! Ee foo mee is not one of my favorite noodles but this dish is yumms. 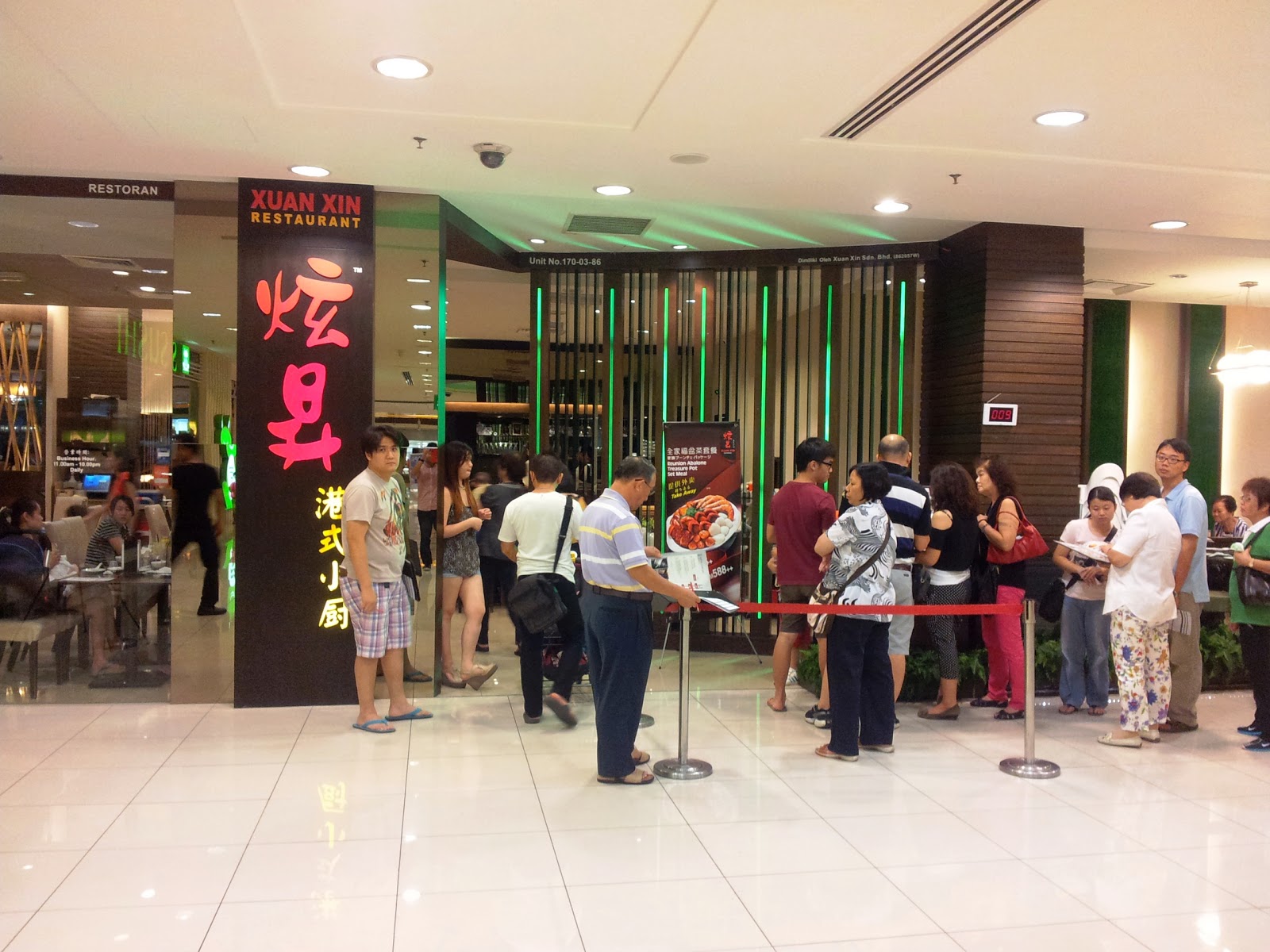 Ratings:
His rating: 7/10
Her rating: 6/10
Posted by WhatTwoEatHere at 10:47 am
Email ThisBlogThis!Share to TwitterShare to FacebookShare to Pinterest