It's been so long since we last update on our lil food adventure. Call it lazy, no time, forgot to take pictures. Hahaha. Anyways, we are back and this time, we bought this dinner deal from Living Social. 4 course dinner for 2 pax at only RM25. WHY NOT! Hahaha.

Our weekends were pretty packed so when we could get away from everything for a lil quickie romantic-ish dinner, we definitely jumped on it!

Menu for the Living Social deal. 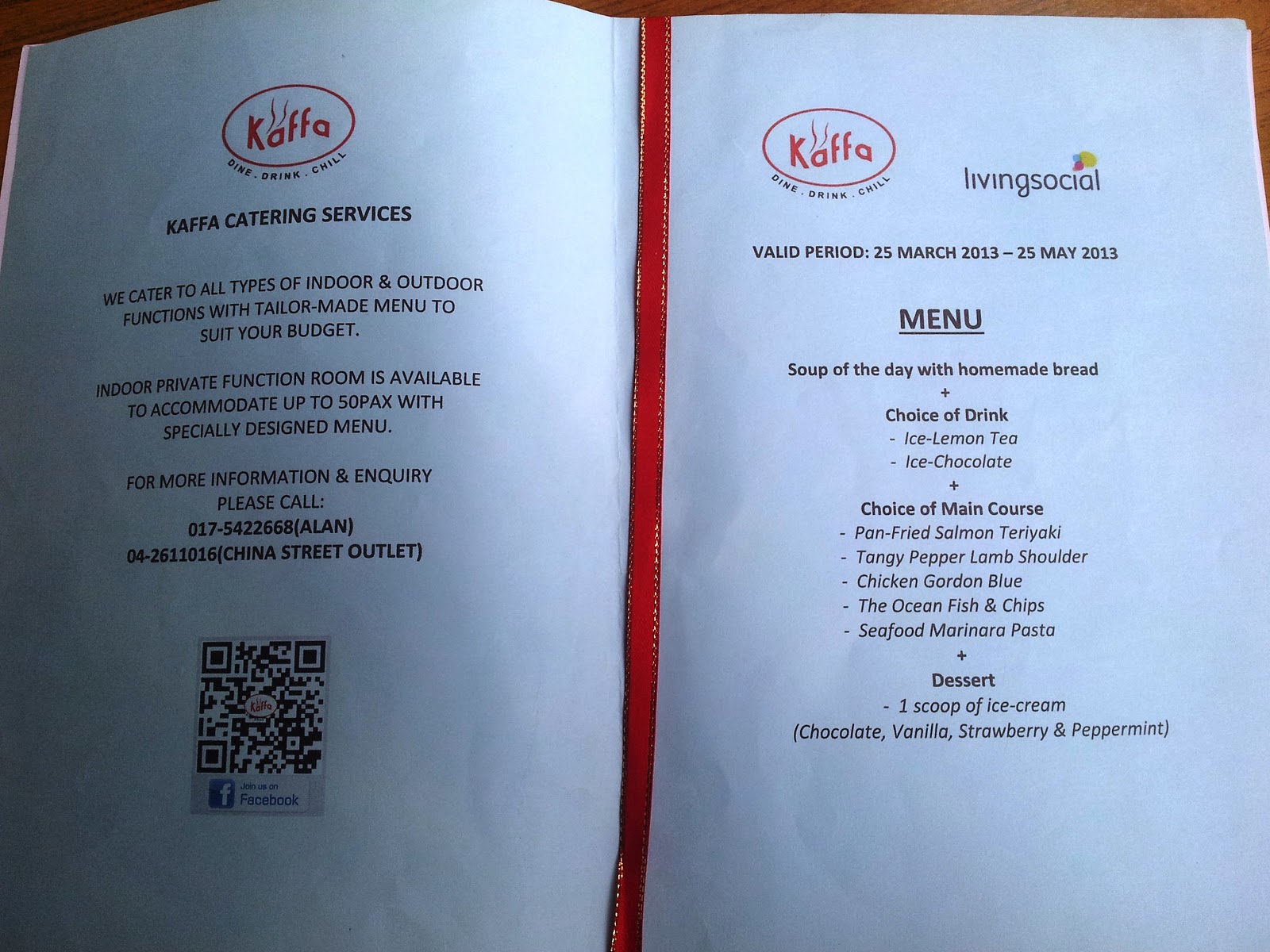 The inside of the cafe. 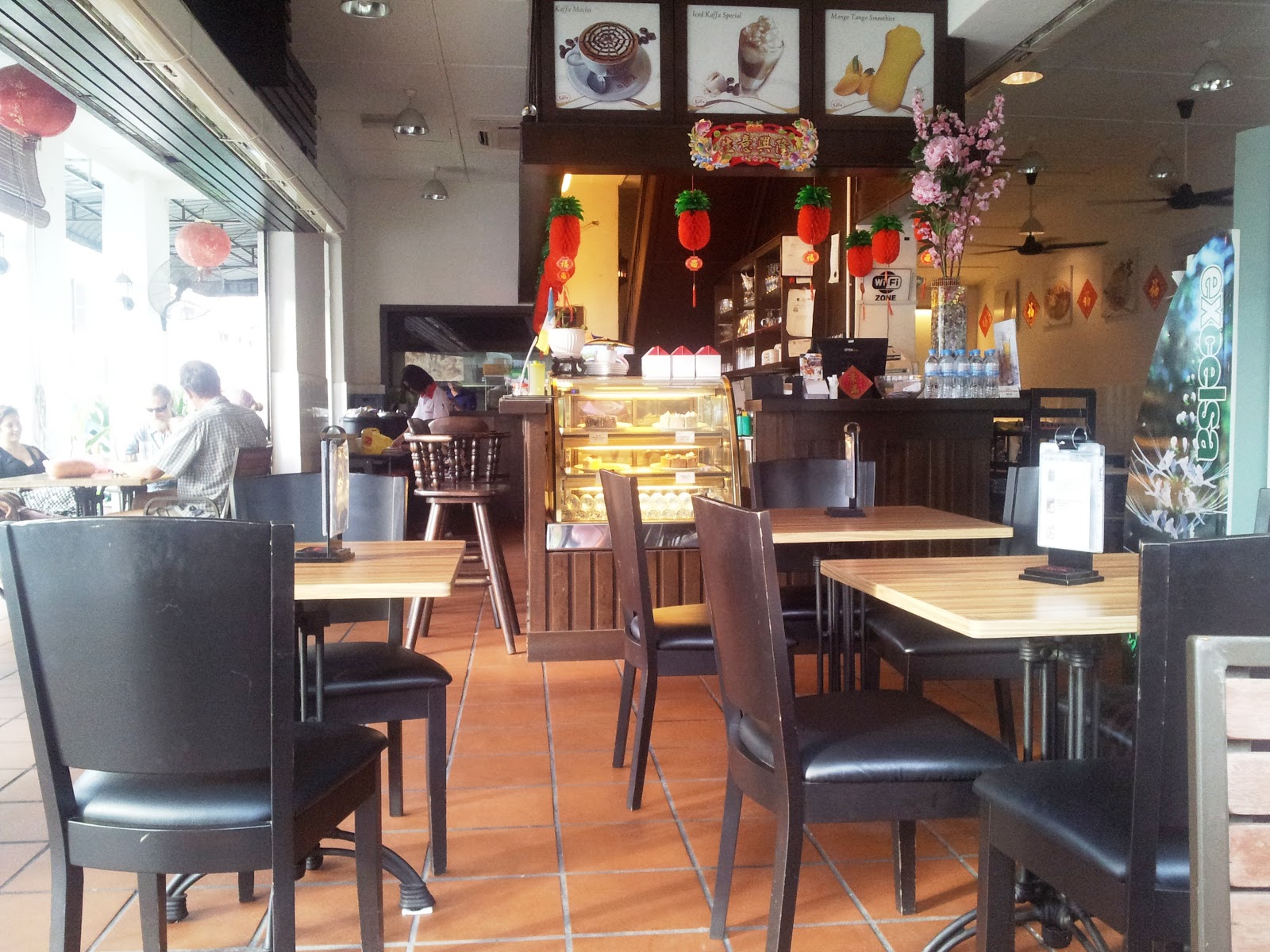 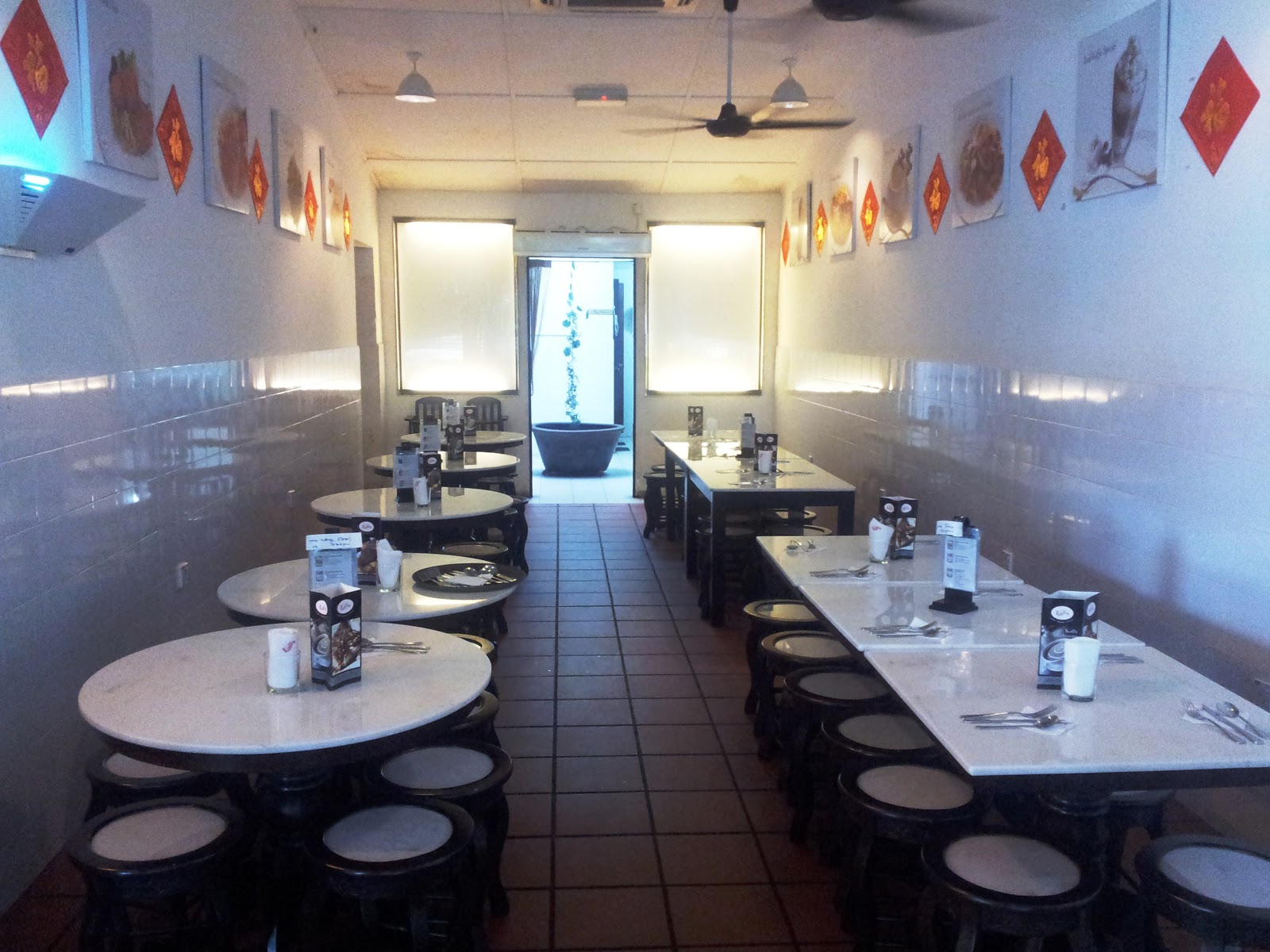 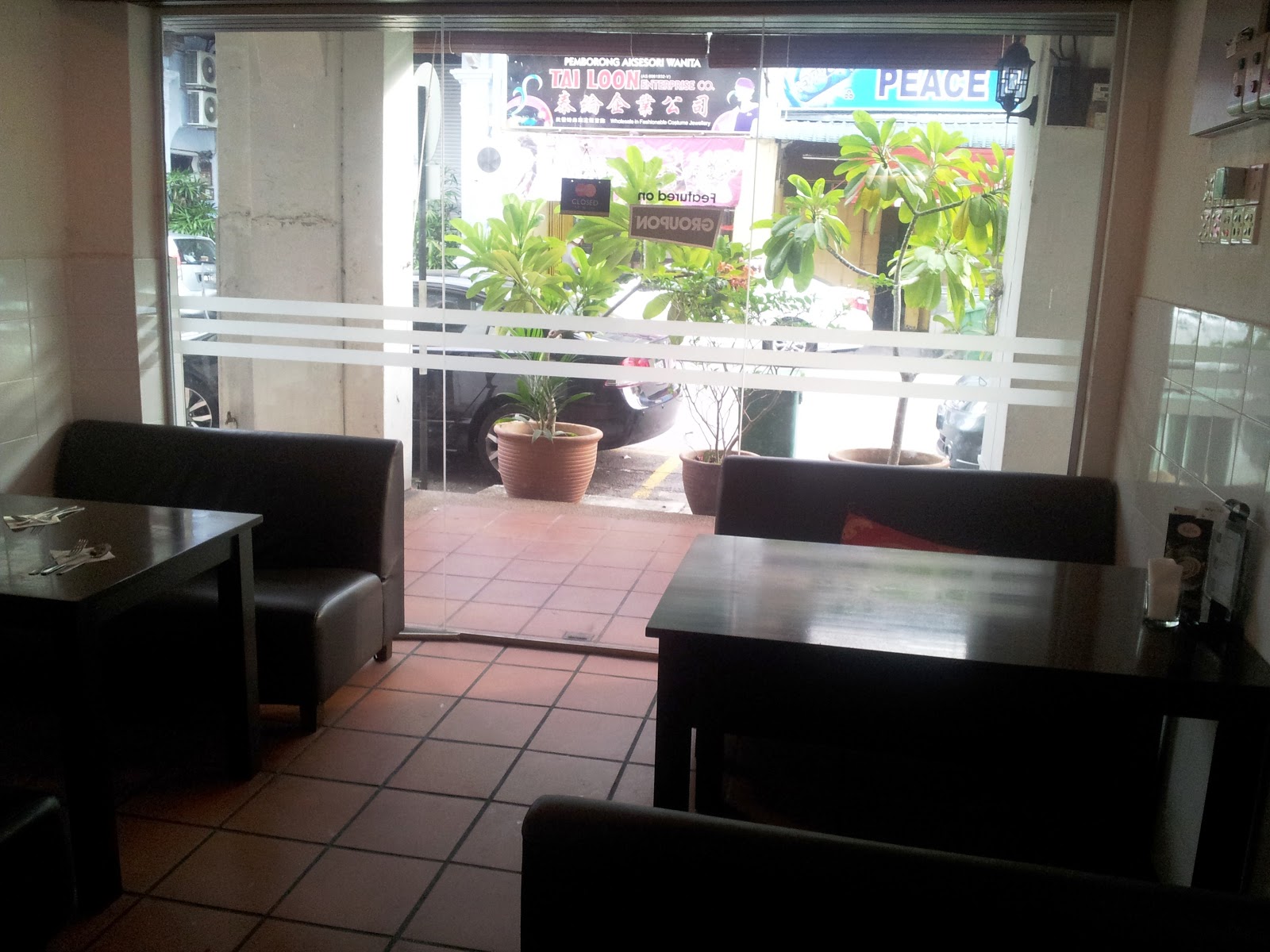 Appetizer: Asparagus Soup with a slice of garlic bread. 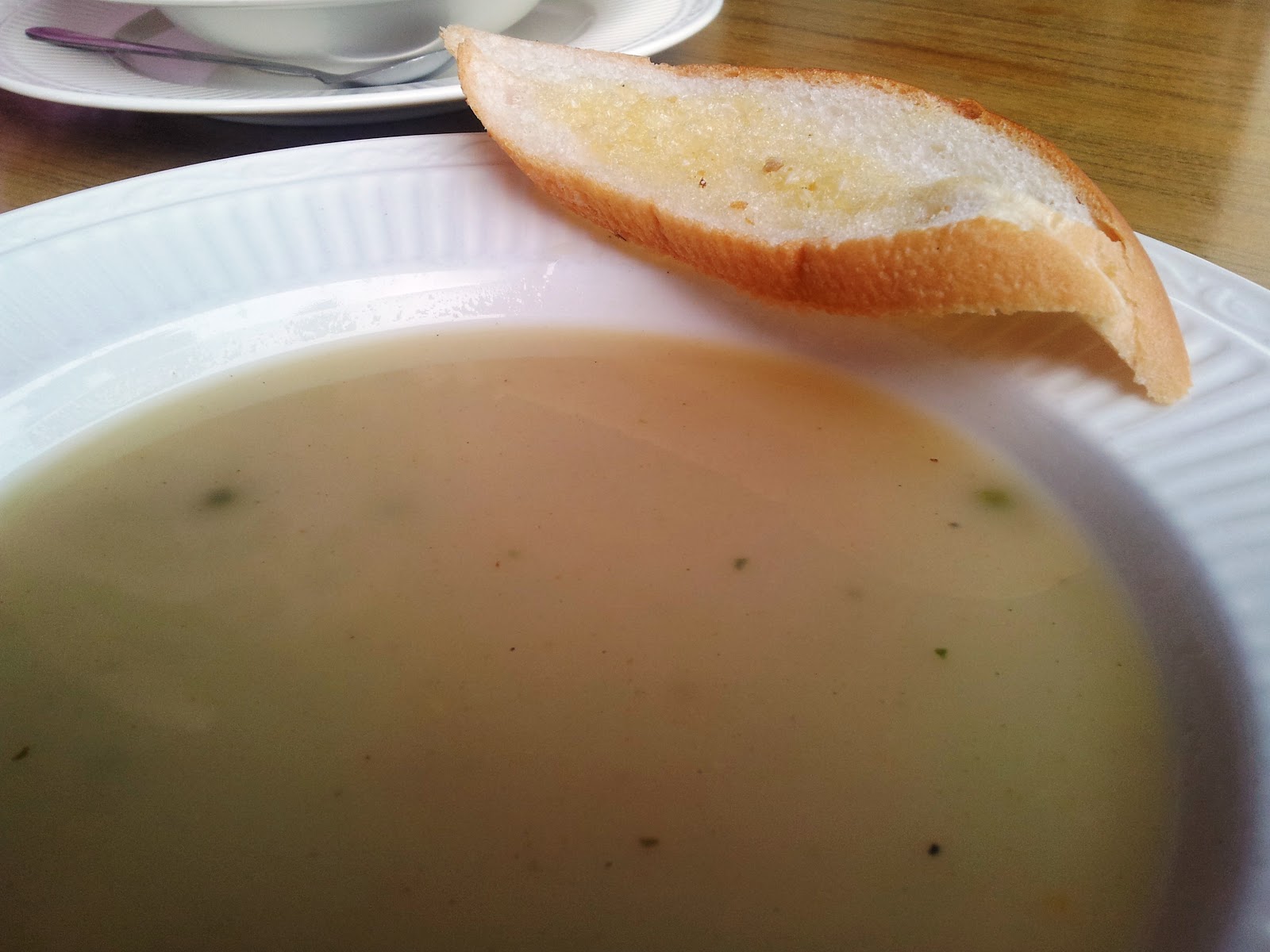 He says: Its not bad.. Tastes a bit like mushroom soup..
She says: Asparagus whatt? It's like some chicken soup from Campbell canned ones! Bleh.

Drinks: Iced Lemon Tea or Iced Chocolate (we had both as you can see) 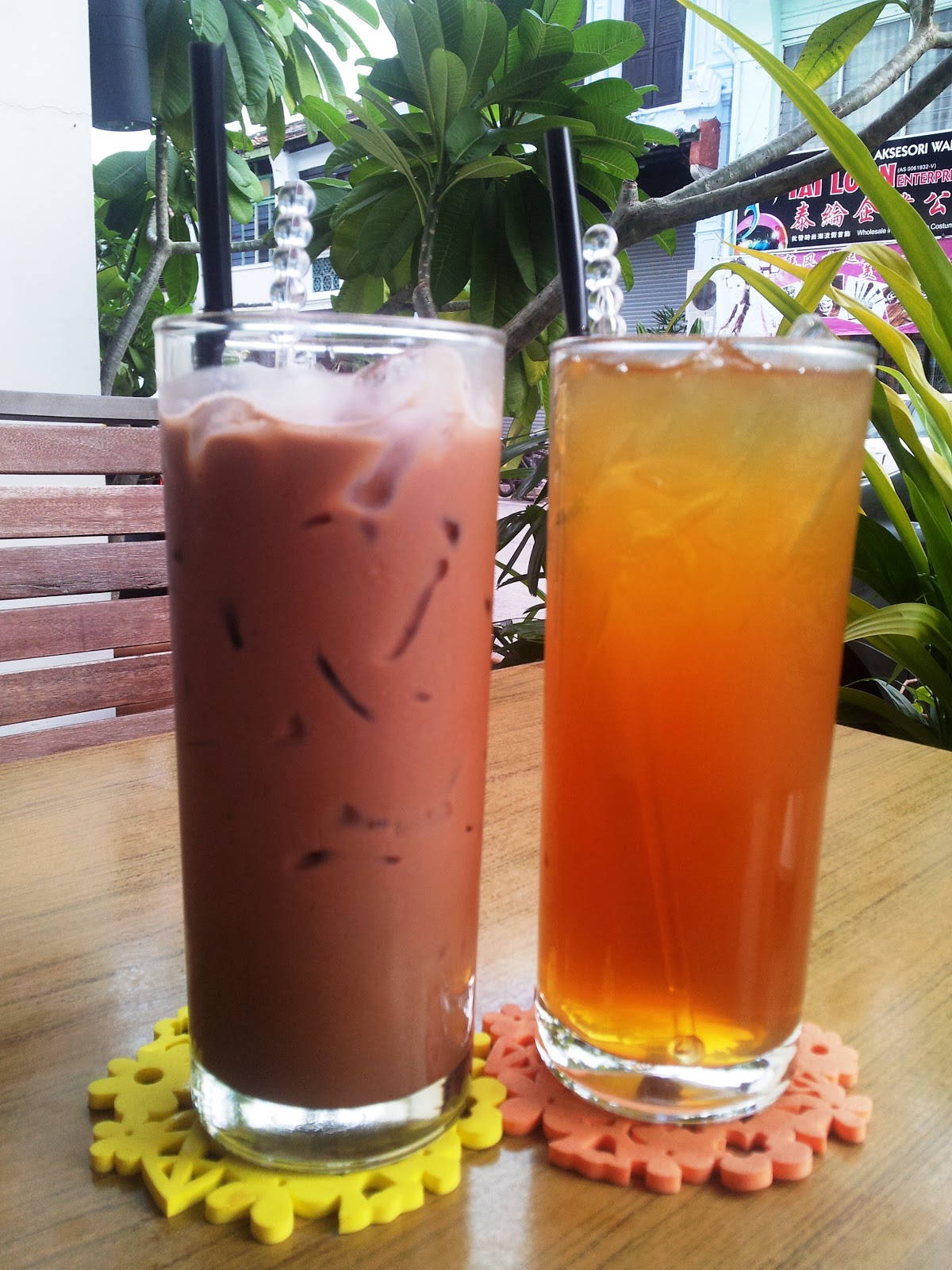 He says: Haha.. How does iced chocolate drink and ice lemon tastes like?
She says: Just a pretty normal stuff. Prefered the chocolate though. 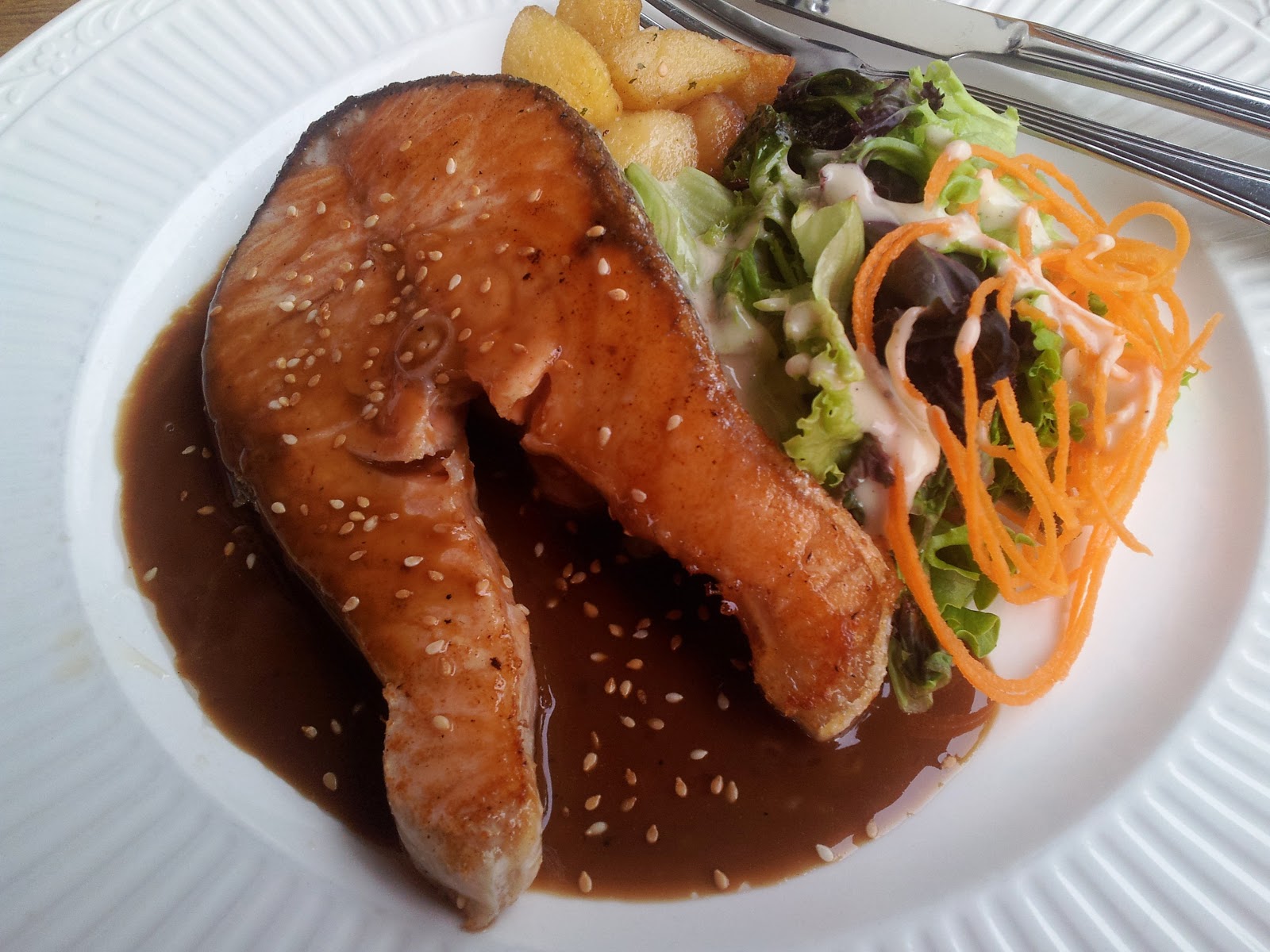 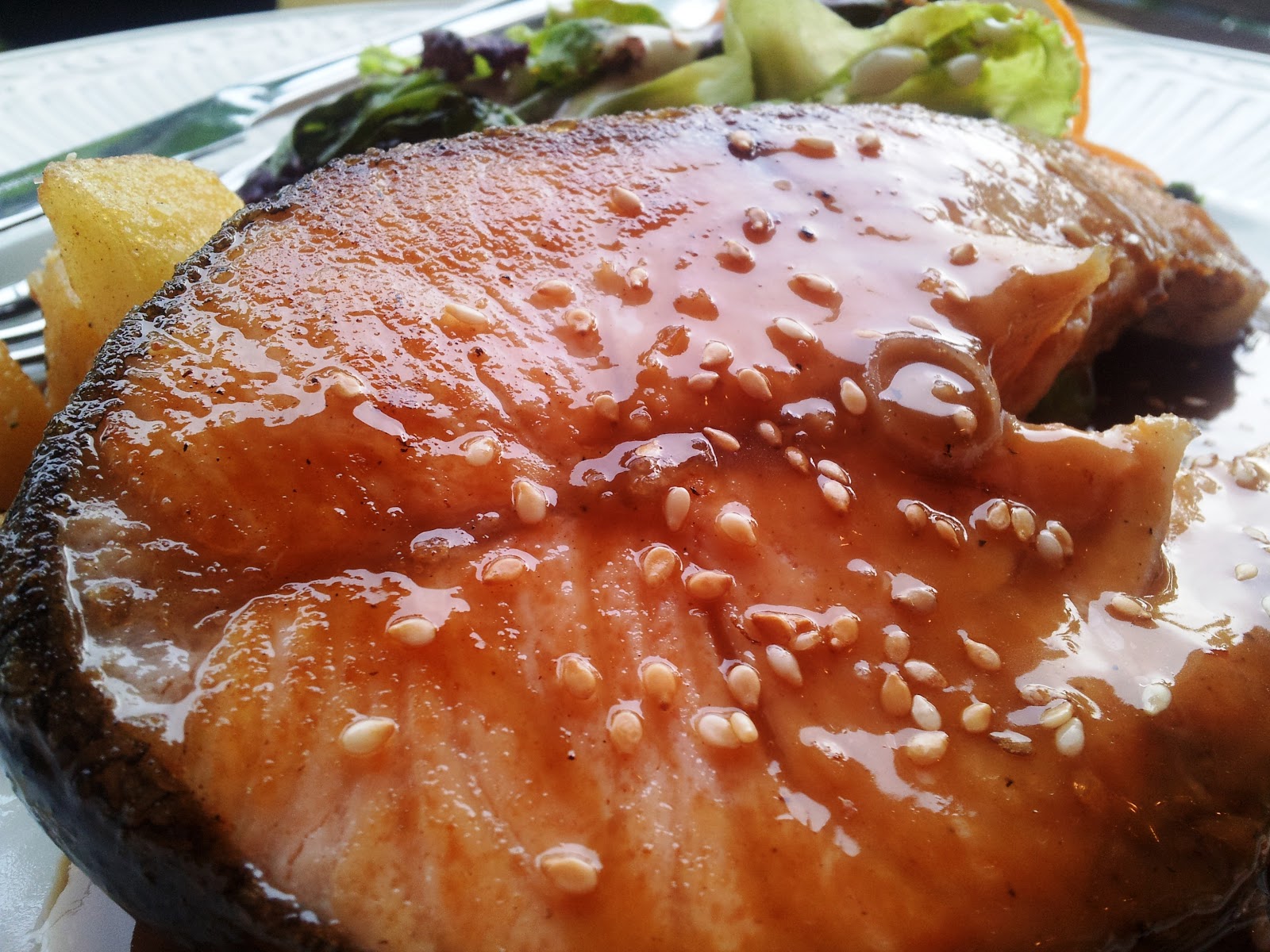 He says: Not going back there for this again. Smells really fishy. But fortunately, the sweetness of the sauce covers the smell.
She says: Funny smell on the fish. Bones everywhere. Thumbs down for the fish. The gravy not too bad. Slightly too salty though. 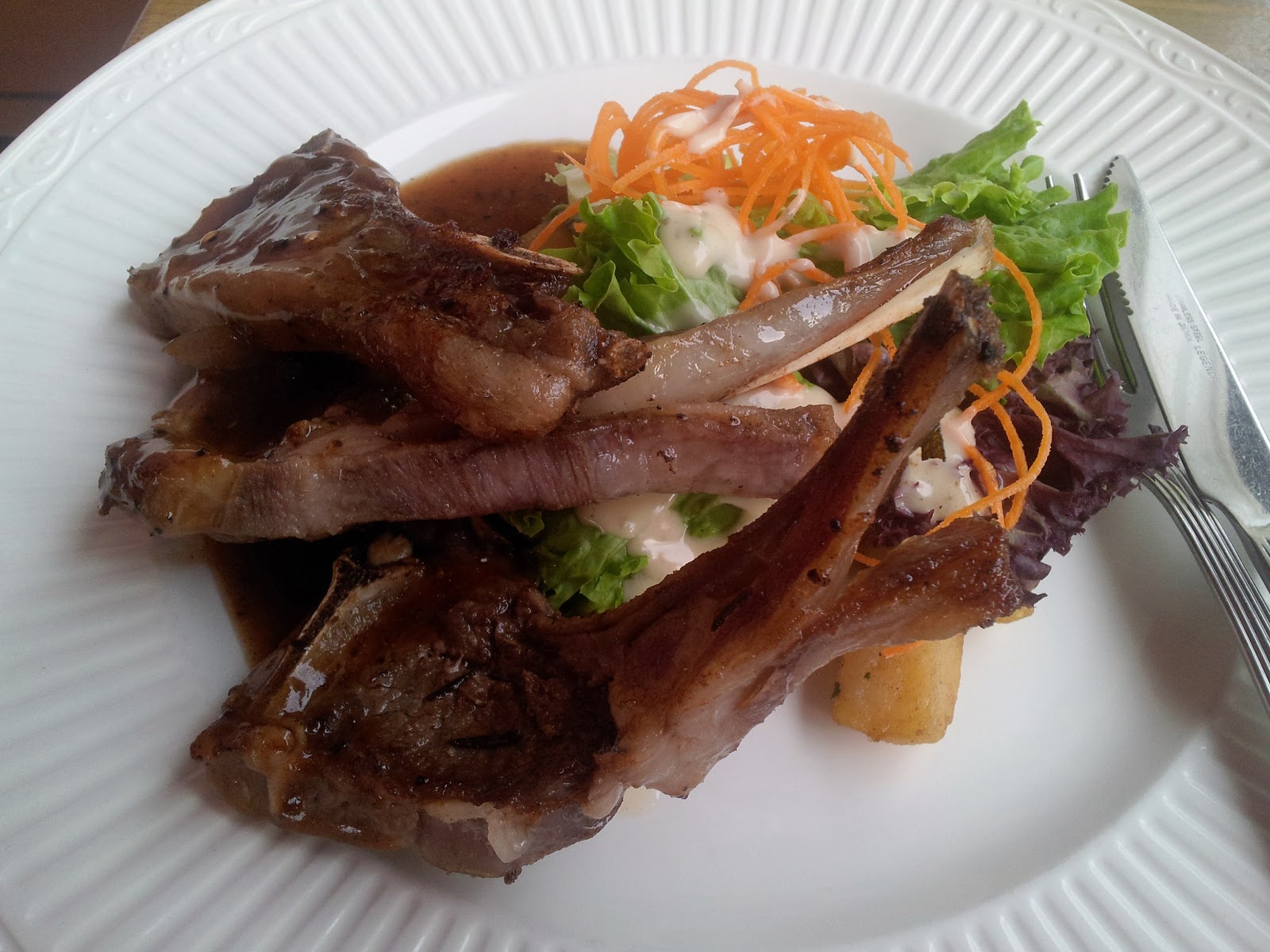 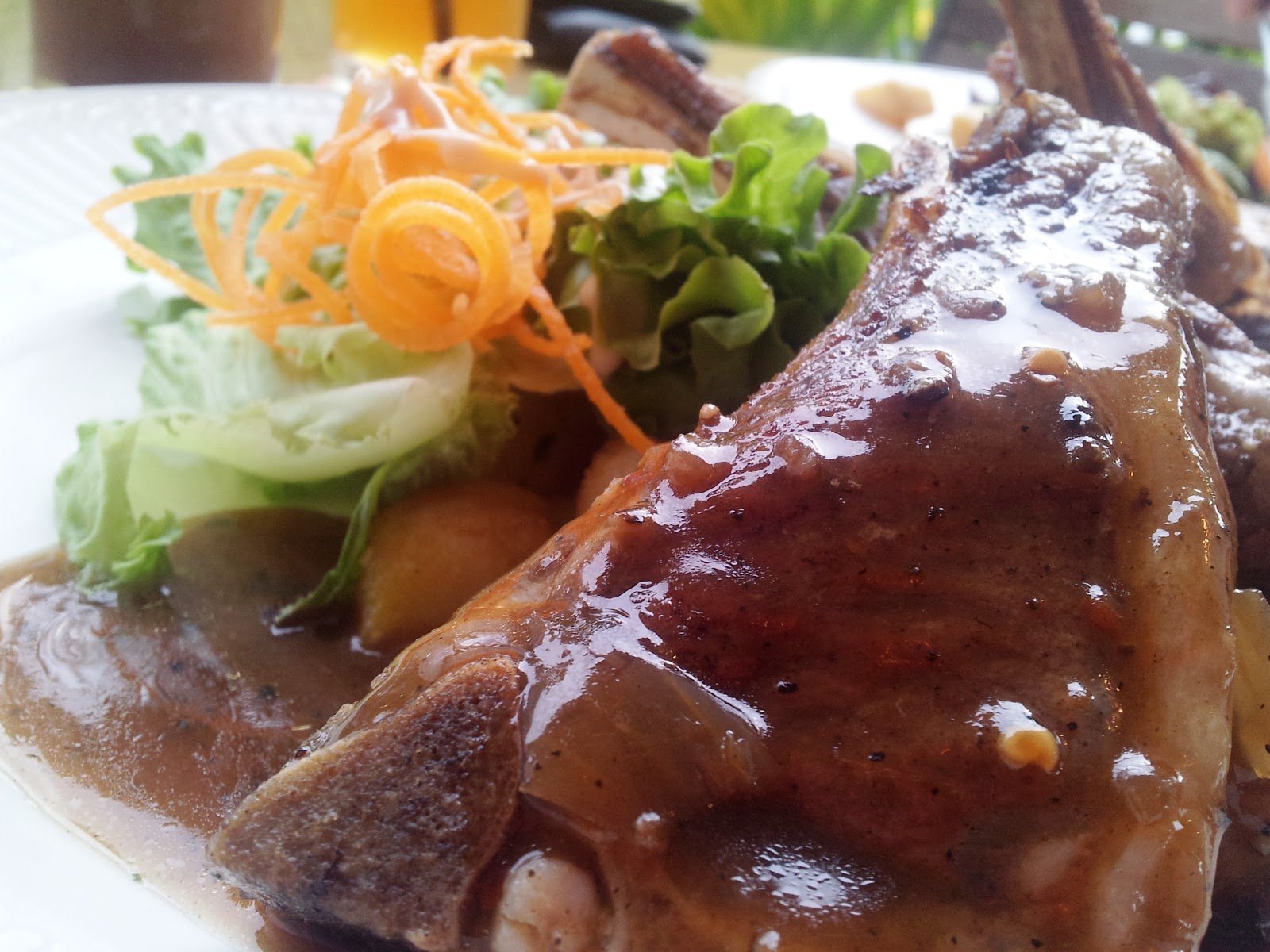 He says: I would say its quite good. =D
She says: Lamb, our all time favorite meat. Sauce is pretty good, but meat is too hard. 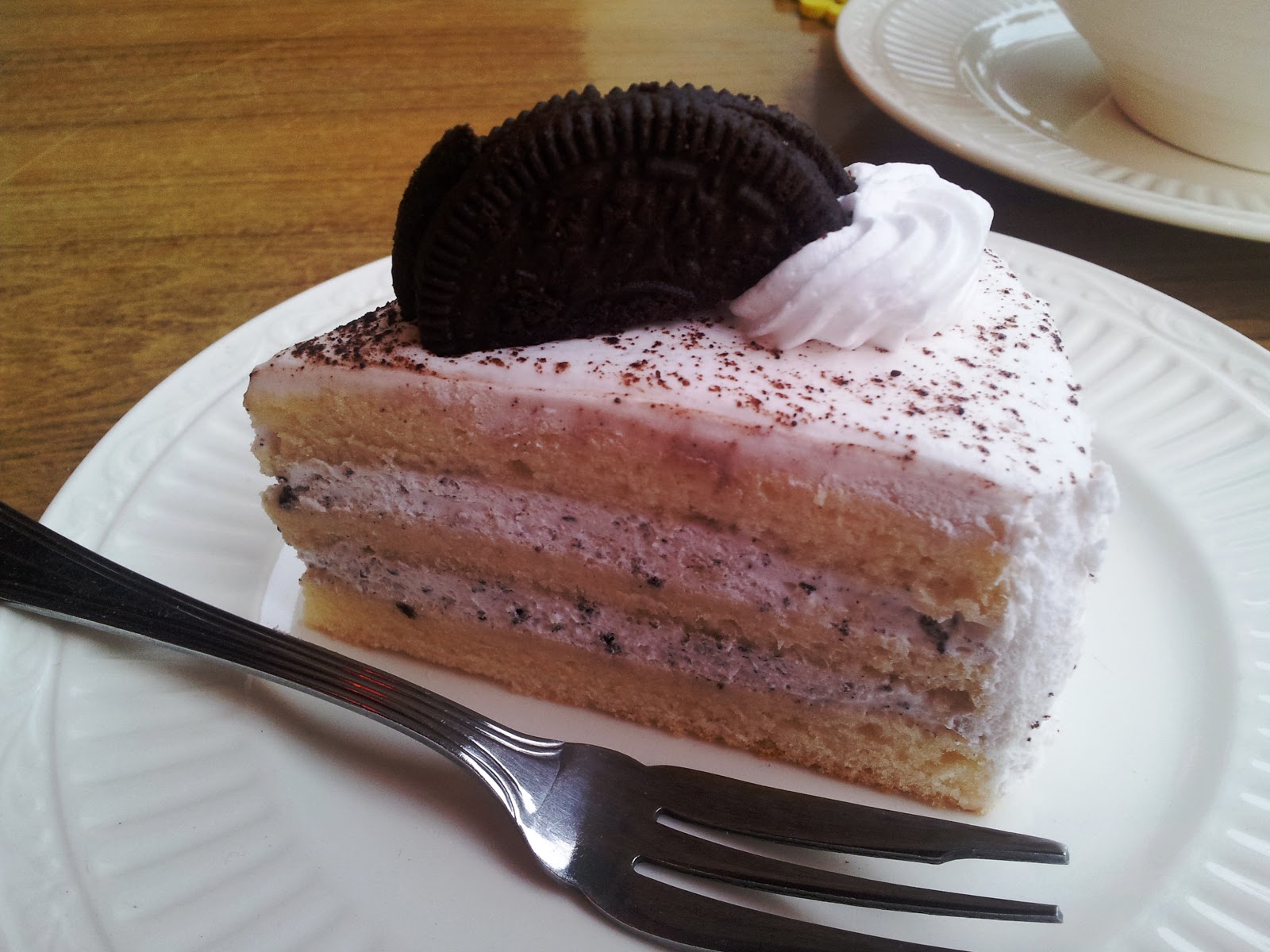 He says: Its a nono for me.
She says: One of worse cake ever. 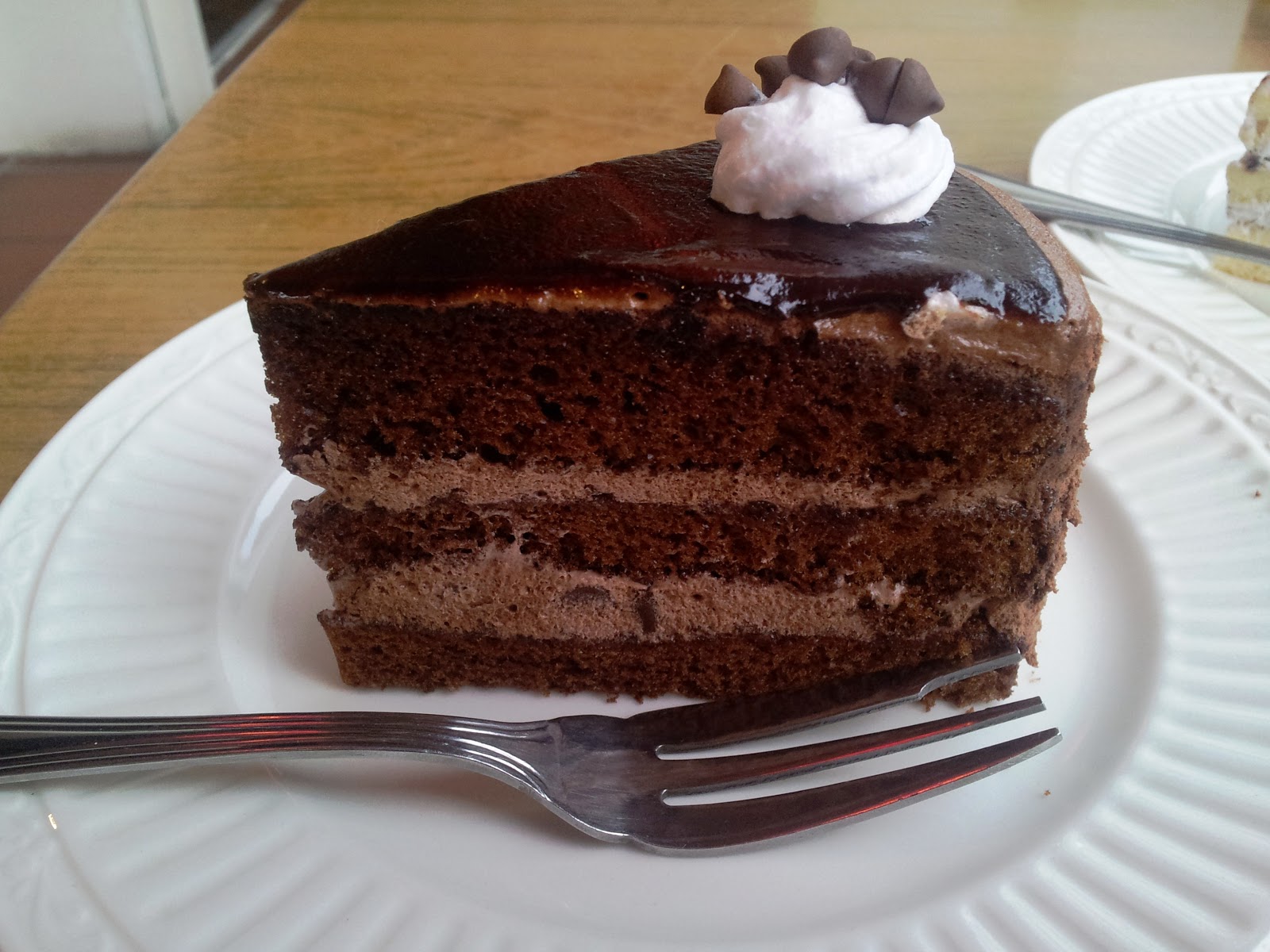 He says: Better than the oreo cake but it is still not good for me.
She says: This one slightly tastier than the Oreo's. Hah. 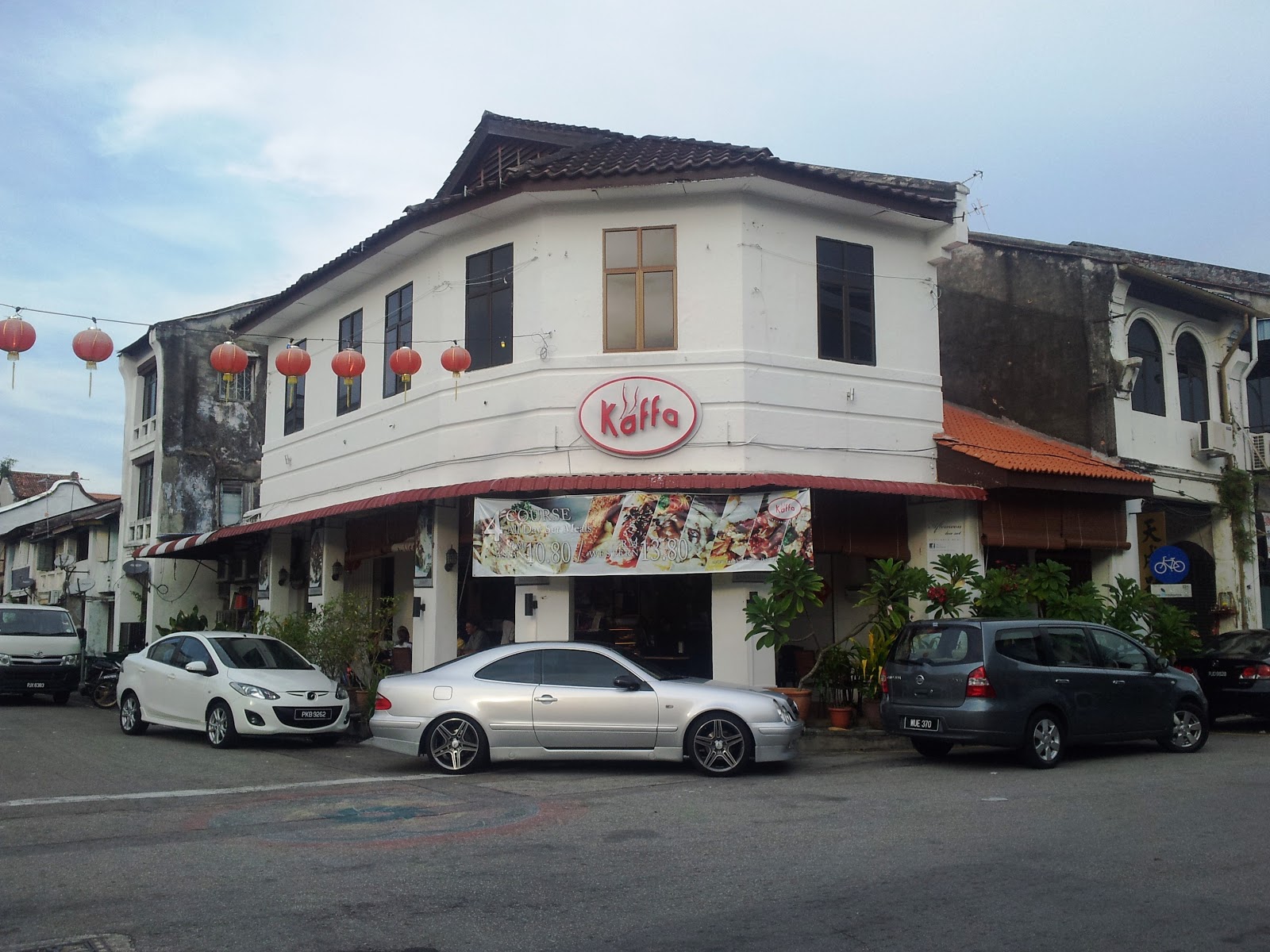 Ratings:
His rating: 4/10
Her rating: 3/10
Posted by WhatTwoEatHere at 4:17 pm
Email ThisBlogThis!Share to TwitterShare to FacebookShare to Pinterest