Breakfast is that kind of time/day when you feel like you just want to wake up early and make the tummy happy. We don't always eat breakfast because we think that sleep is way more important and needed. But usually on Sundays, she have that kind of mood to wake up early and makan, just before church starts at 10am! And he doesn't usually have problems with that. He can be out with his friends playing dota till the wee hours in the morning and still takes her out for breakfast the next day. All done willingly. She's got herself a keeper, for sure! :)

Anyways, she decided that we should eat at this place since both her sister and niece wanted roti canai as well. They have been there since they were much younger and it was one of her favorite place to eat roti canai. It was his first time there and let's see what he thinks of the place! 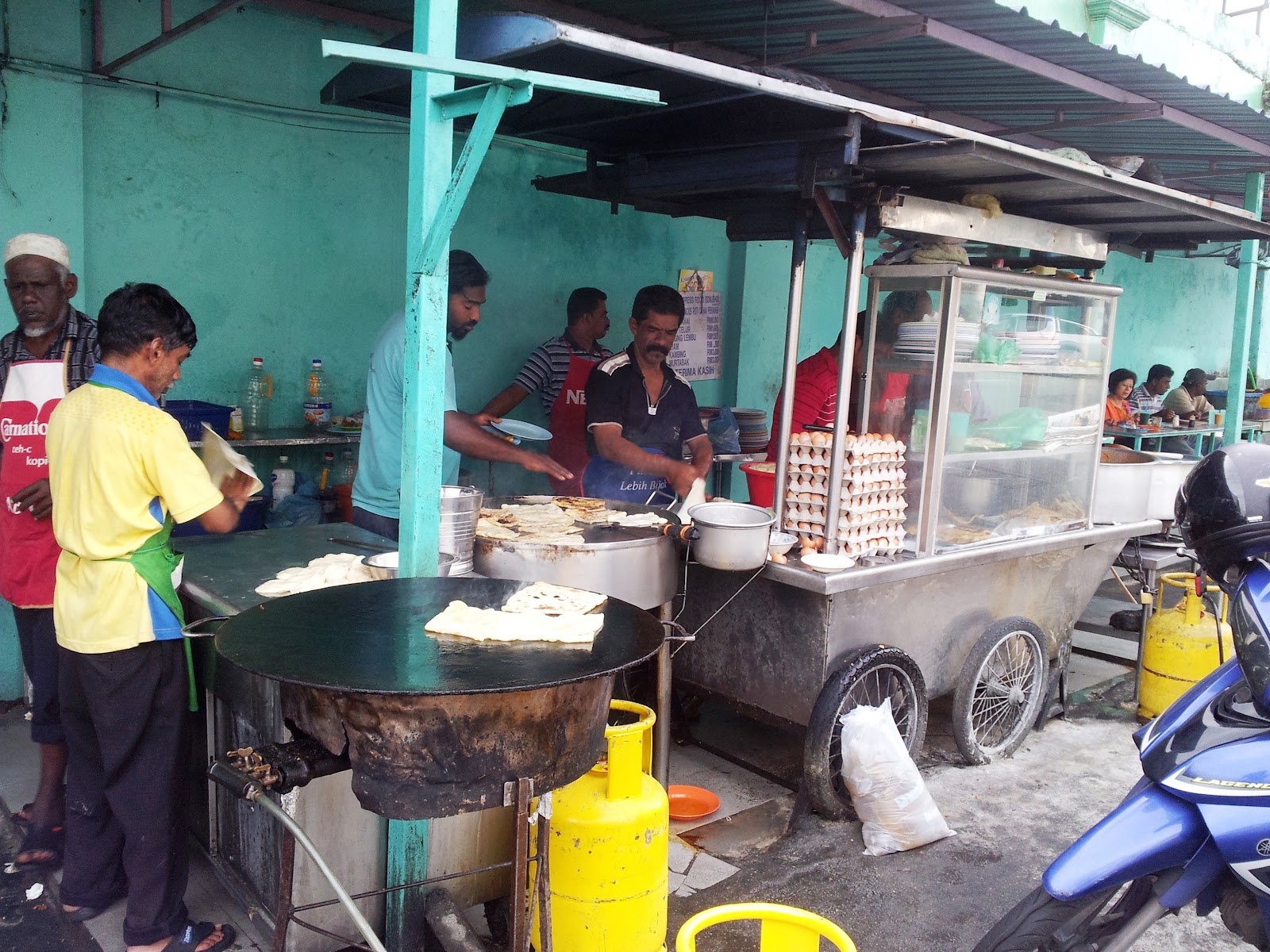 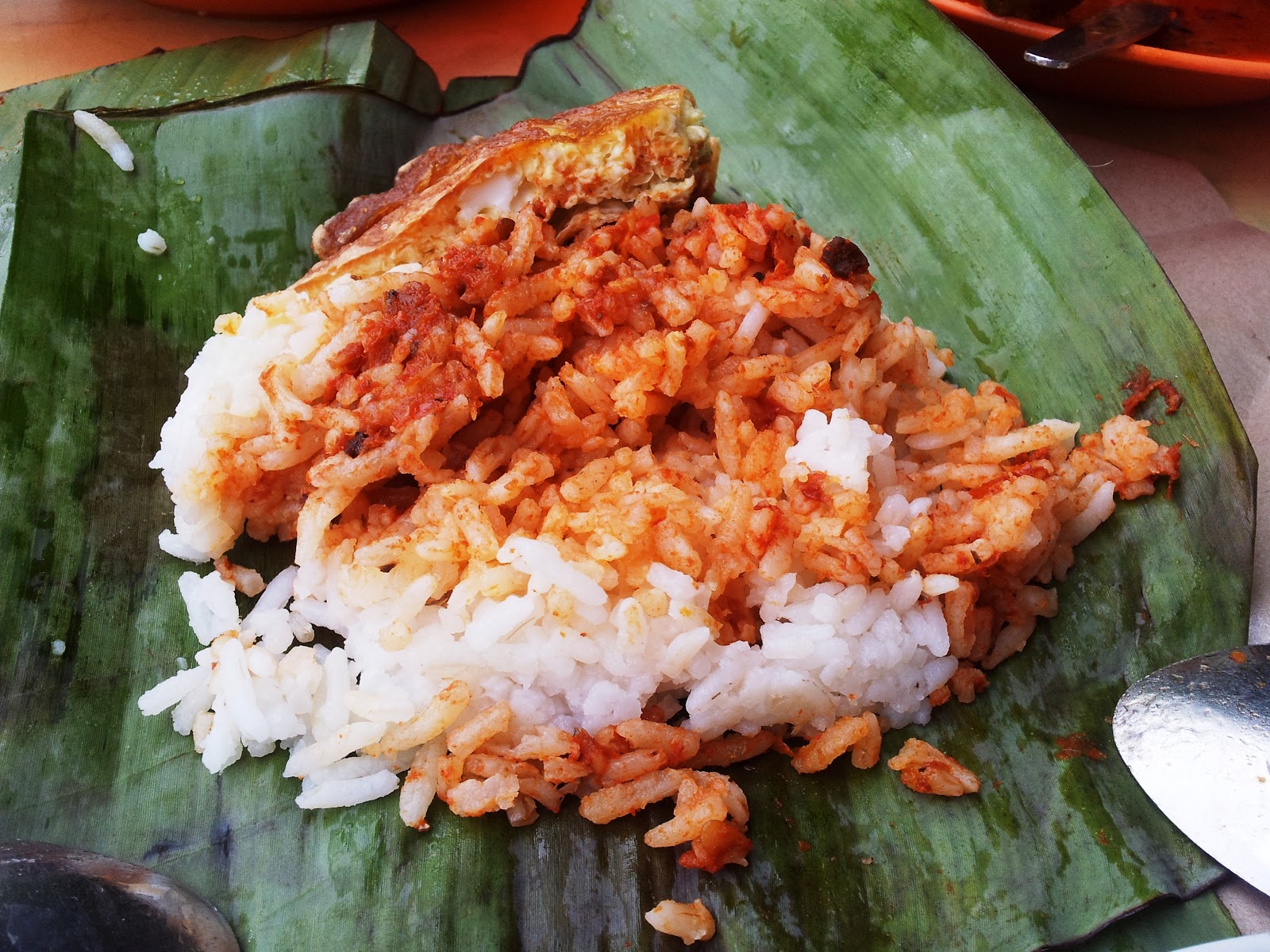 He says: Not good.. Tastes weird..
She says: It is horrible! Probably the worst I've ever tasted of nasi lemak in Penang! It tasted almost like it's few-days-ago's product! :S Ewww..

Toast bread with half boiled eggs. 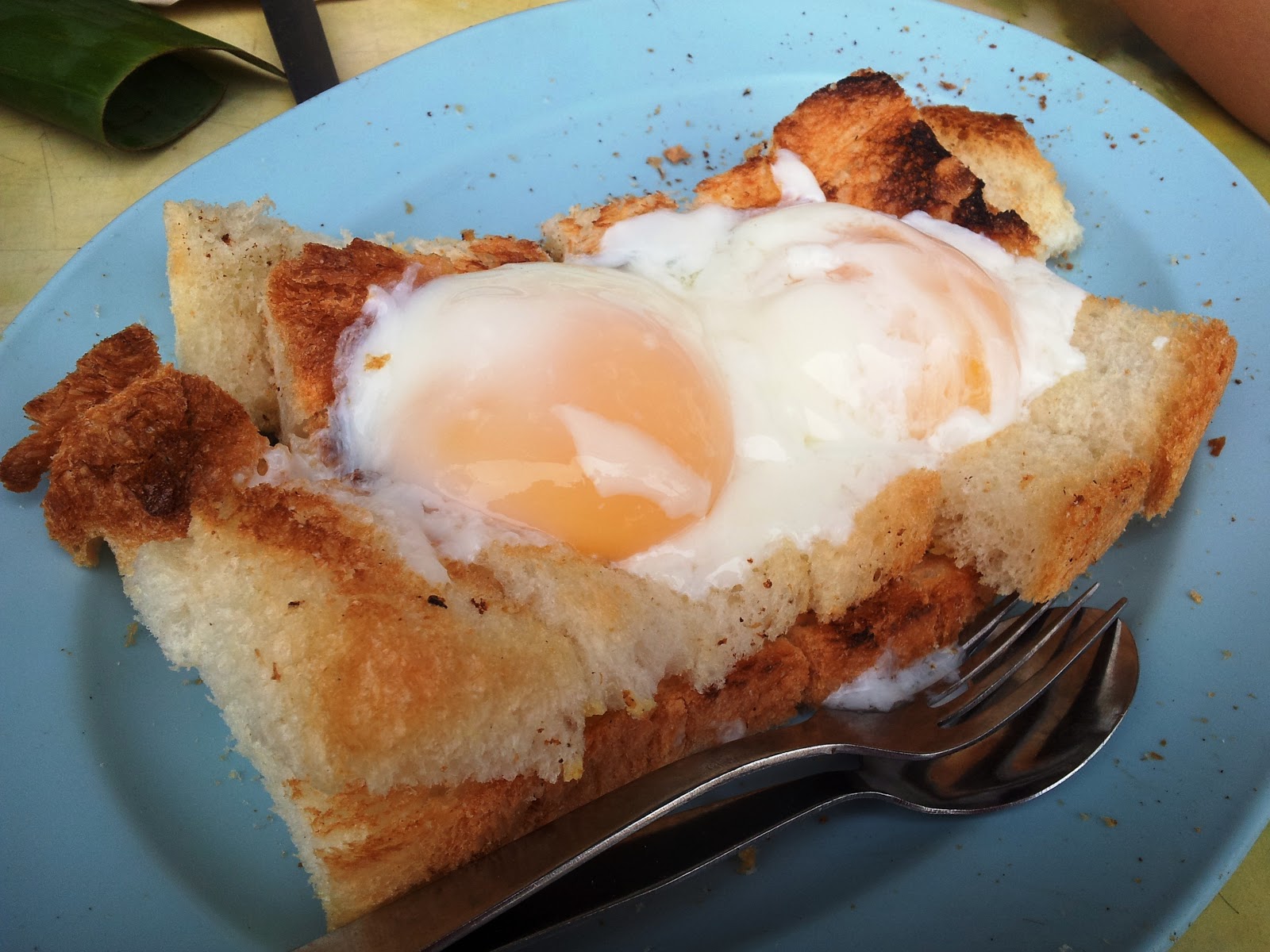 He says: Looks good but nothing special really. Not recommended =/
She says: No taste at all. Got butter like no butter nia. Blehh. 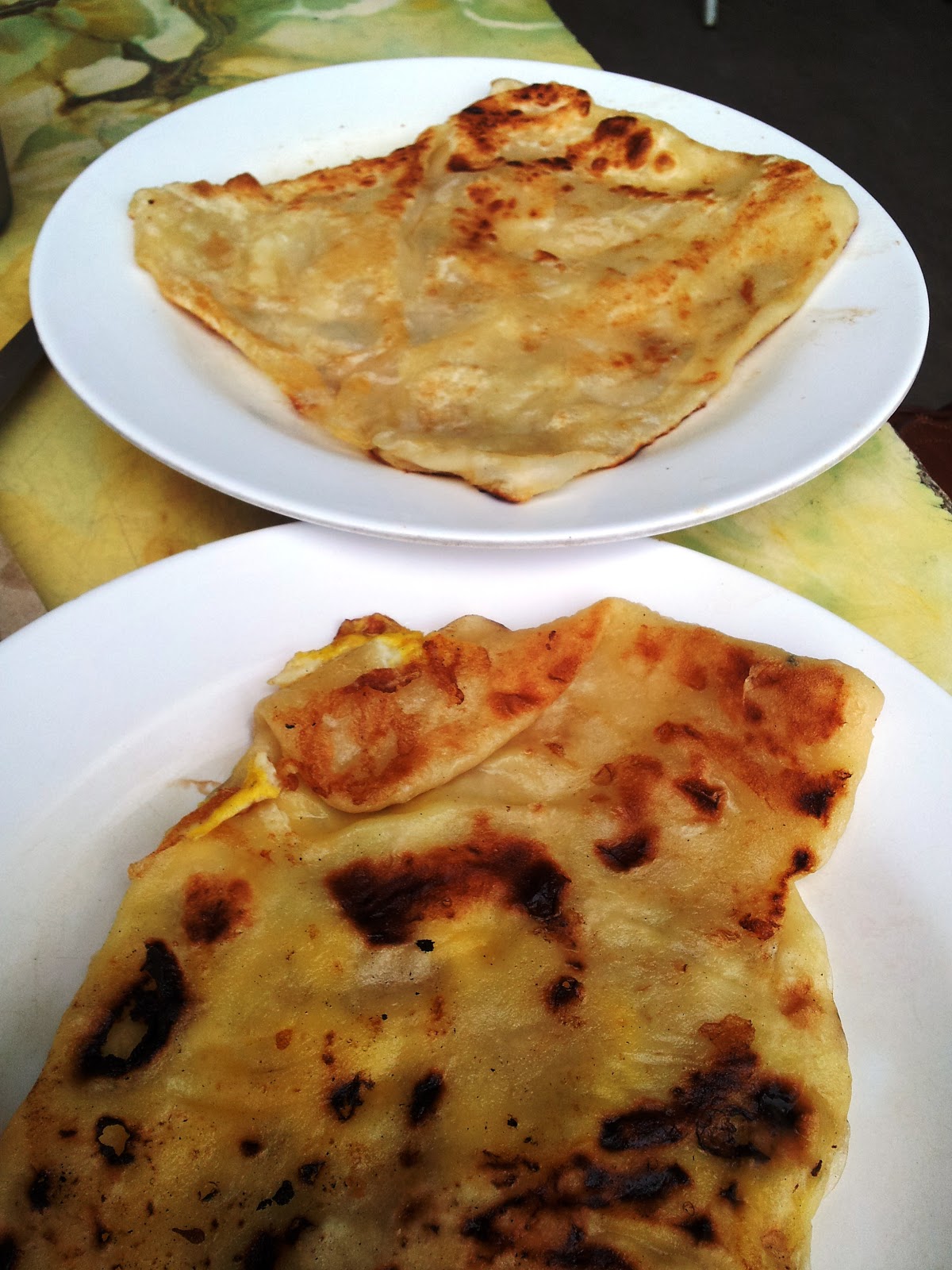 He says: Gotta say that the roti canai really tastes different from other. But for me, I would go for other normal roti canais. This one is just.. flat and not crispy.
She says: I will always go for the egg one. More texture to chew. Heh. Nothing special la. 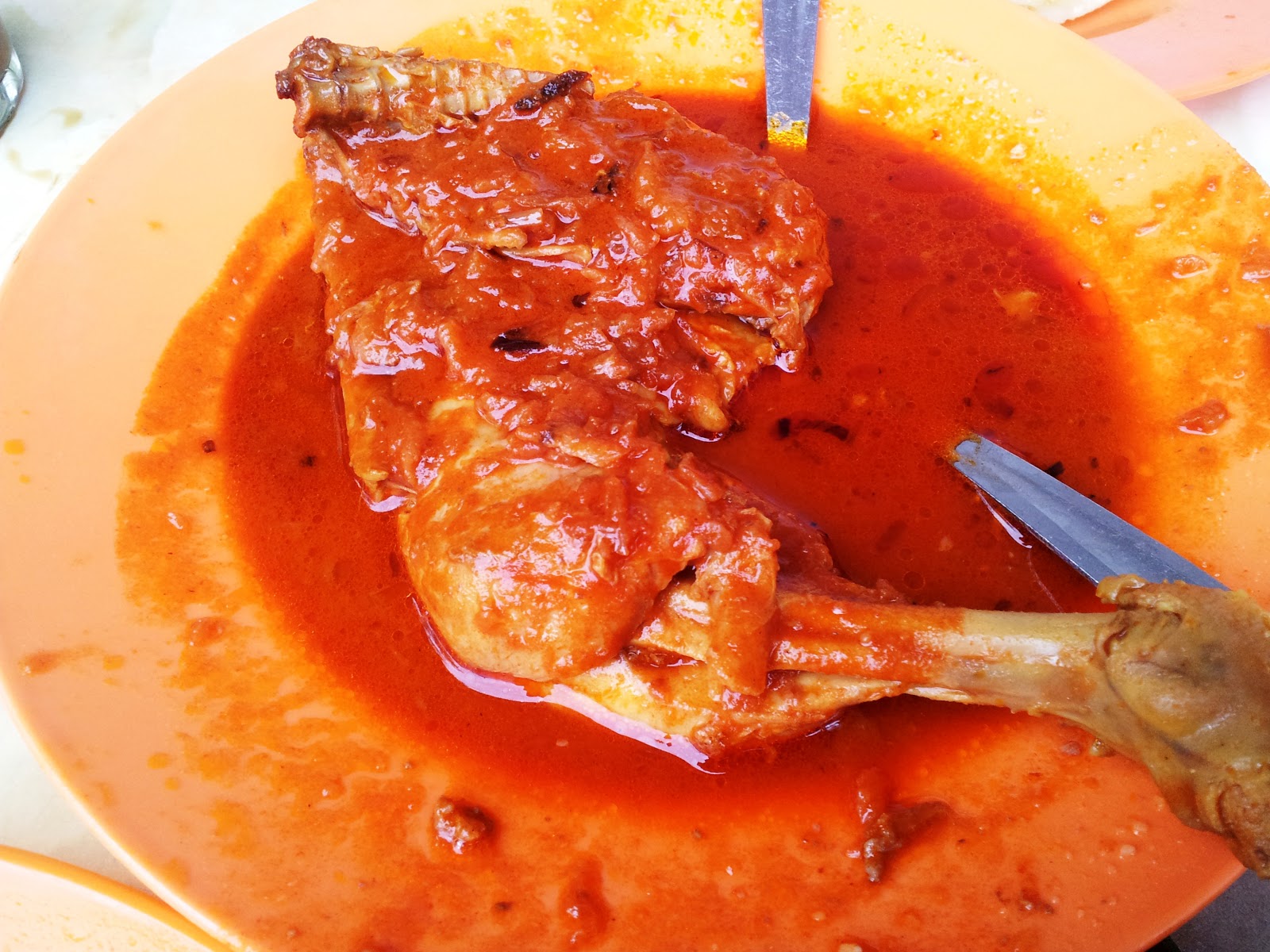 He says: Good thing! =) This gravy is hot and spicy!
She says: CHICKEN! Kuah manyak pedas. It means it's really spicy. It used to be thicker, but now a bit too watery to my liking. Still like the taste of it though. 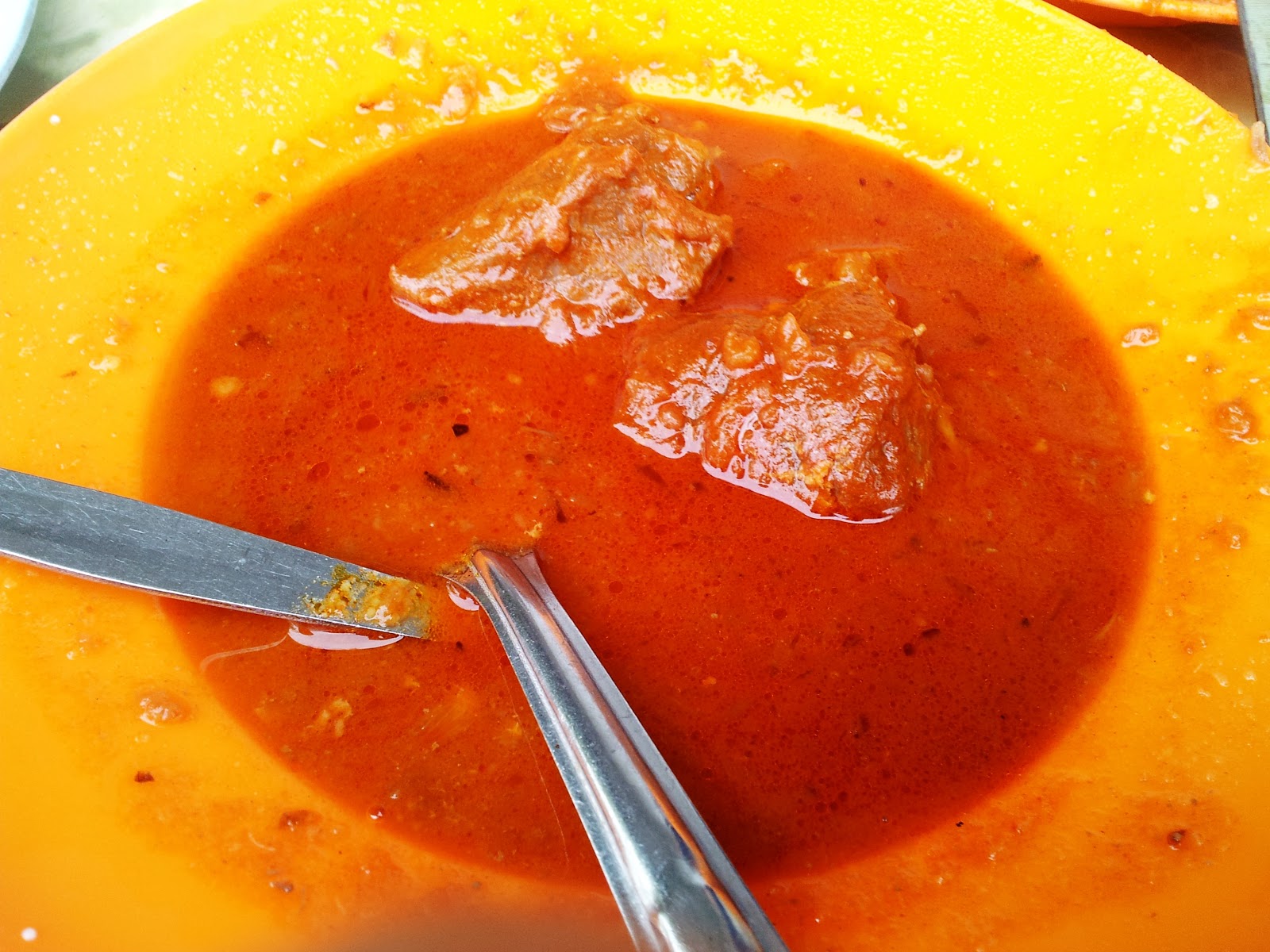 He says: Mix this with the chicken curry! Sums up to be something really unique =)
She says: I love this one. Same thing la. A bit too watery. I prefer this one over chicken's cos this one more spicy. And a lil more thicker. Overall, I think their quality kinda dropped. Sad case. 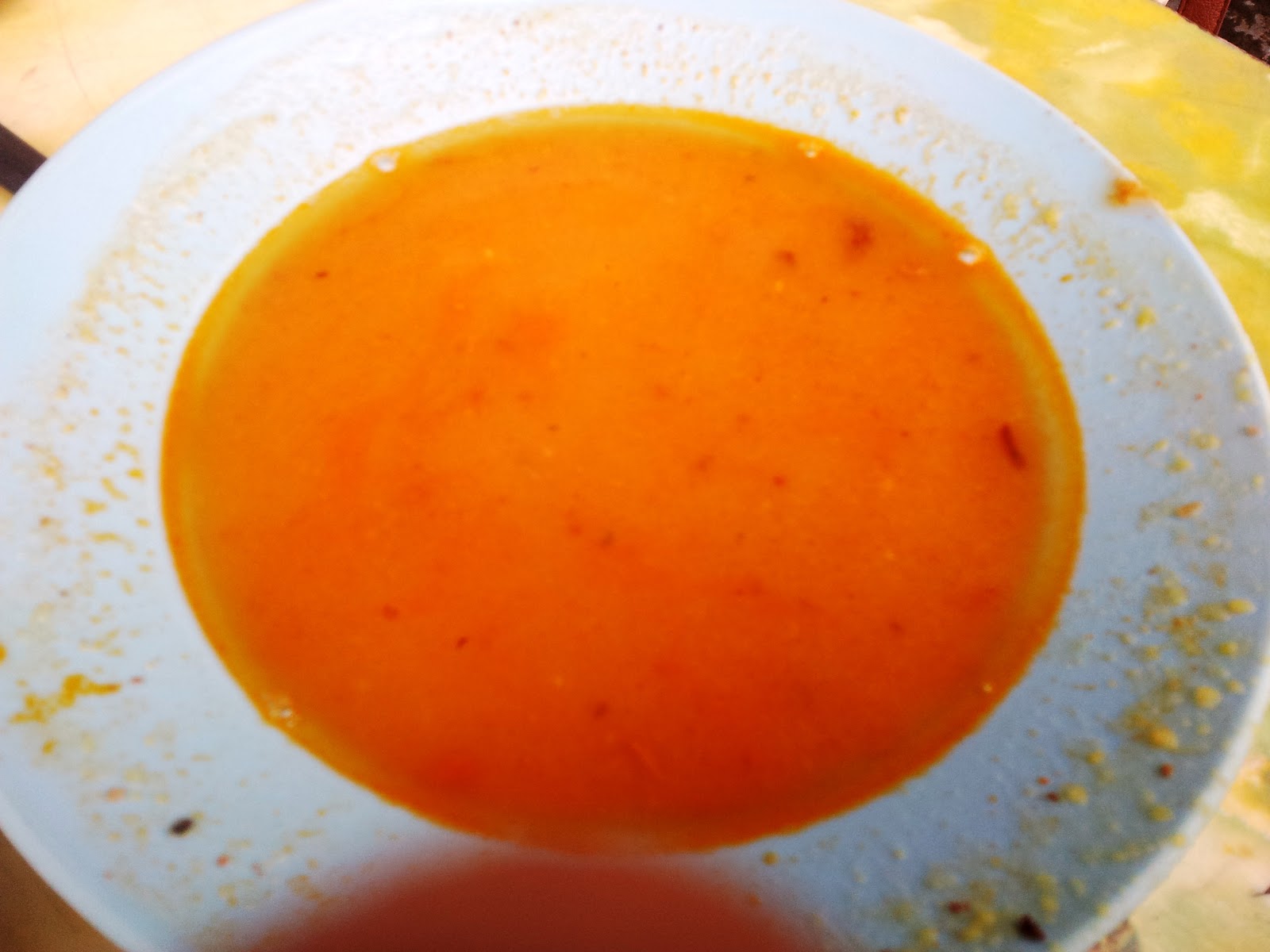 He says: Hmm.. not really good for me..
She says: Colored water to me. Yuck. 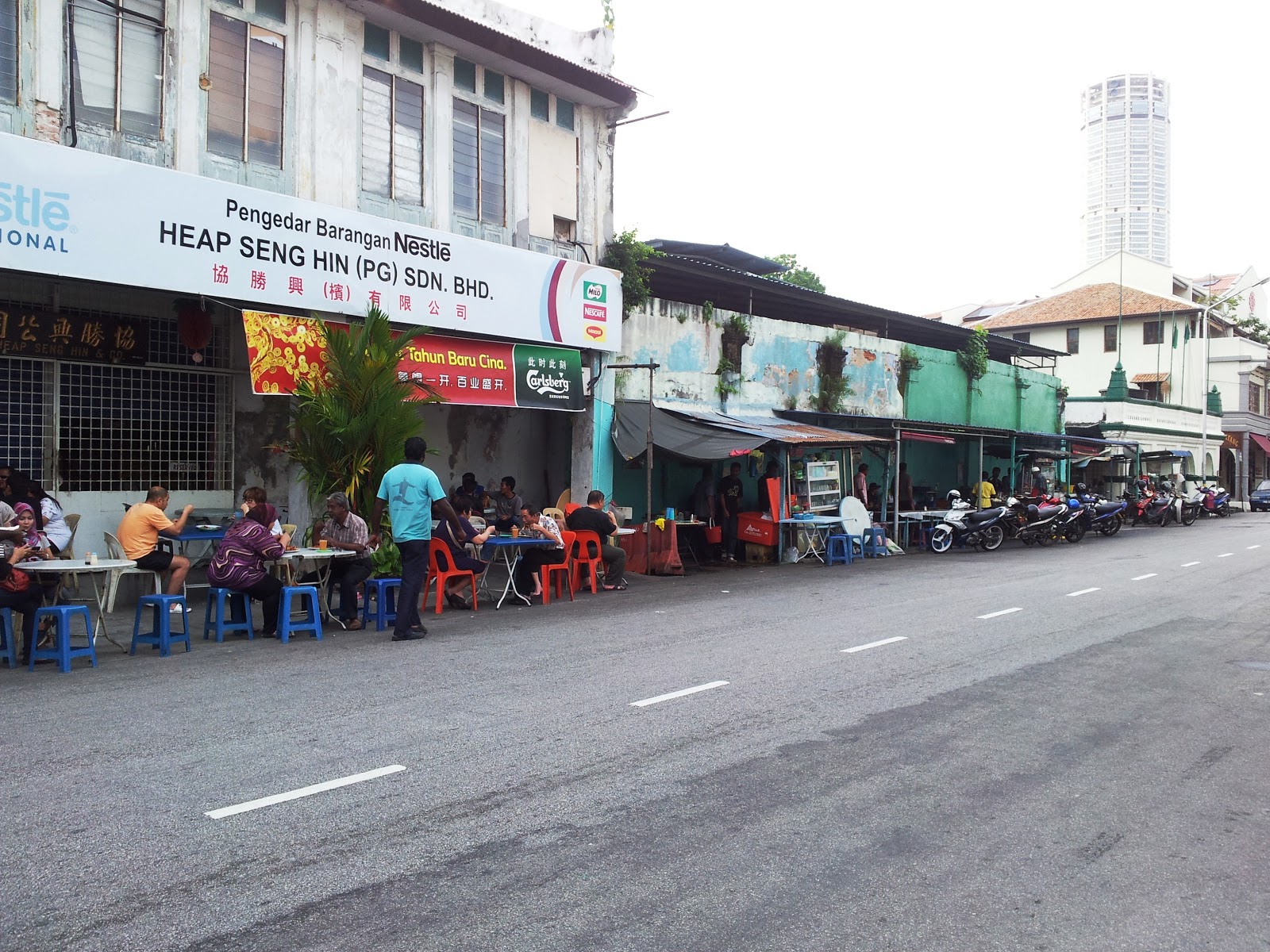 Posted by WhatTwoEatHere at 5:12 pm
Email ThisBlogThis!Share to TwitterShare to FacebookShare to Pinterest