That particular moment right after dinner when she craves for burger. And it's not McD's burger. Life is a lot nicer if it's McD since McD is like everywhere and you can order delivery.

When craving comes, you gotta satisfy it, you know. Life's too short not to do that. Heh.

So, he thought of a place after picking her up from the house. Old Trafford's Burger he said. Famous he said. Such crazy MU fan she said.

So here it goes. The burger stalls that all Manchester United fans should at least give it a try. They are opened until 4 o'clock in the morning, so you can go makan after football matches! See whether you all really true fans or not. Haha. Of course it's not like people are gonna judge you if you said you haven't give it a try! *eyes wide open* If like that, all the MU-inspired-shops sure will do well, considering the MANY fans they have out there! :) oh btw, in case you do not know already that he is one HUGE fan of the red devils. HUGE I tell you. We can have endless hours of conversations on this club, right from how and when the club started (sometimes, i really listen to entertain him and give him a bit face la since he's so into it! Haha)

Okay okay. Speak no more. time to find out who loves it and who doesn't!


Menu. Burger ada, hot dogs pun ada. Oblong also they have. Just name it what you want and it shall be given, with a price tag. Also, they serve french fires at your request. RM1.00 to add. 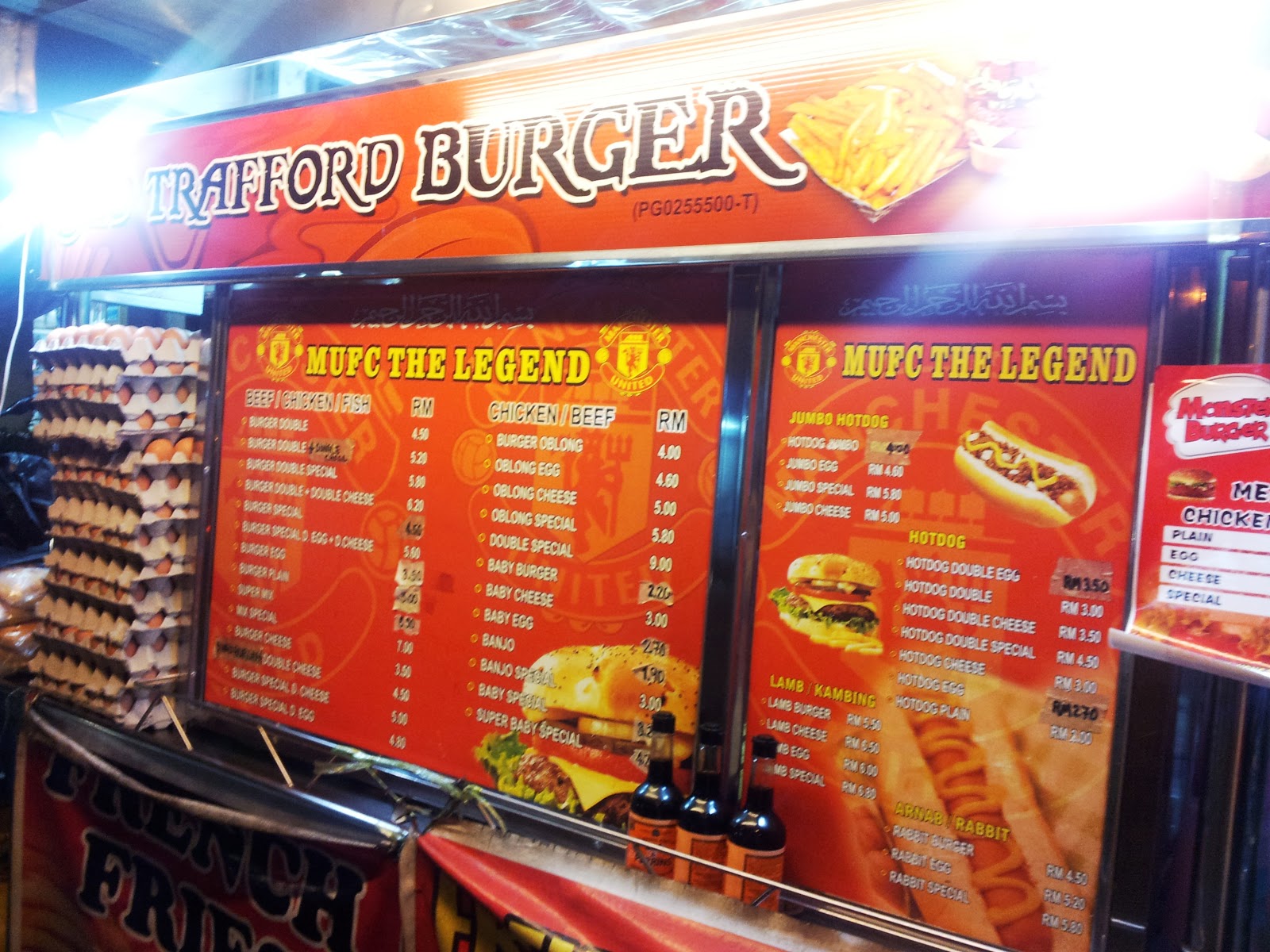 Must be one really hugeee fan of the red devils. 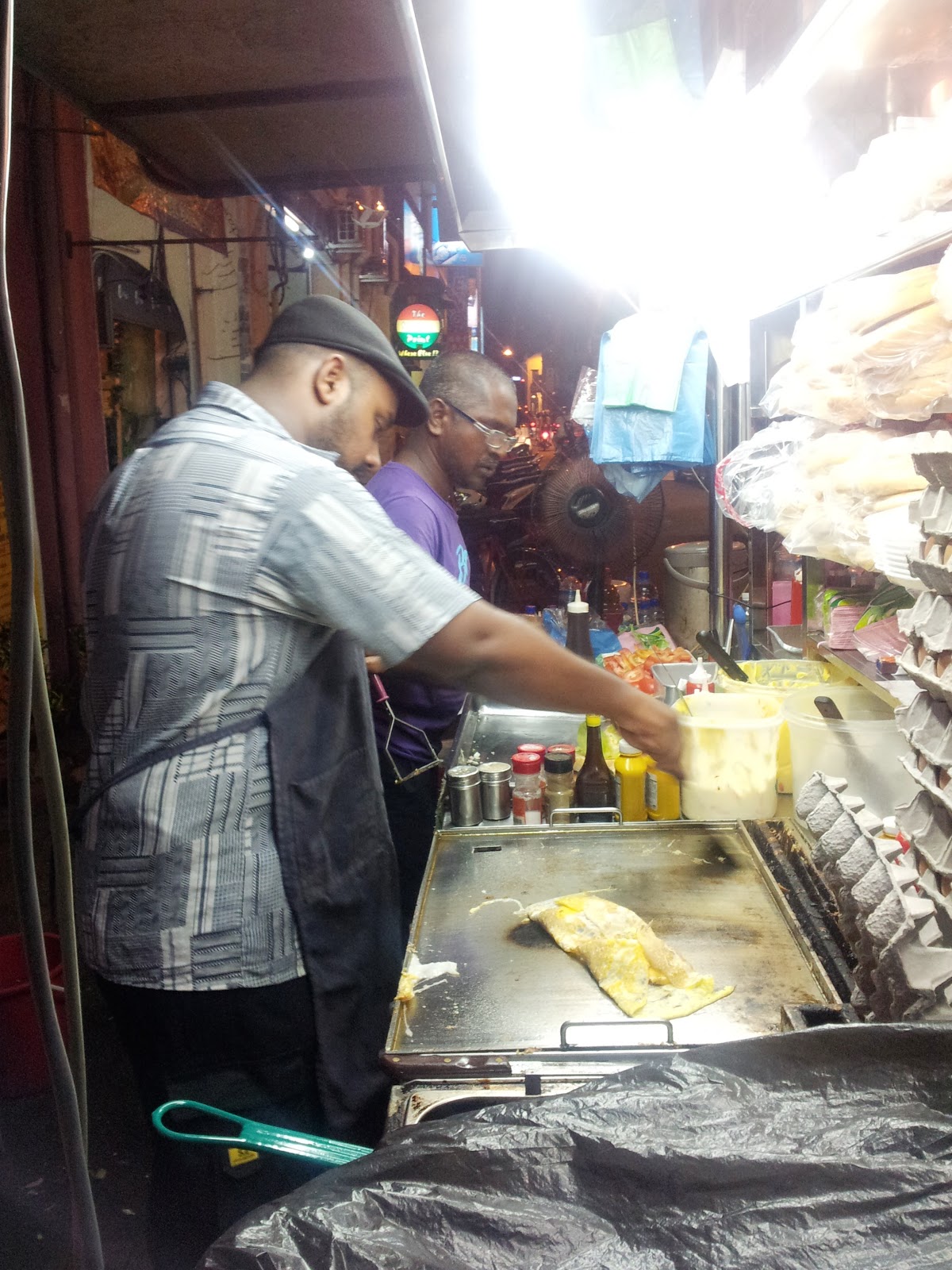 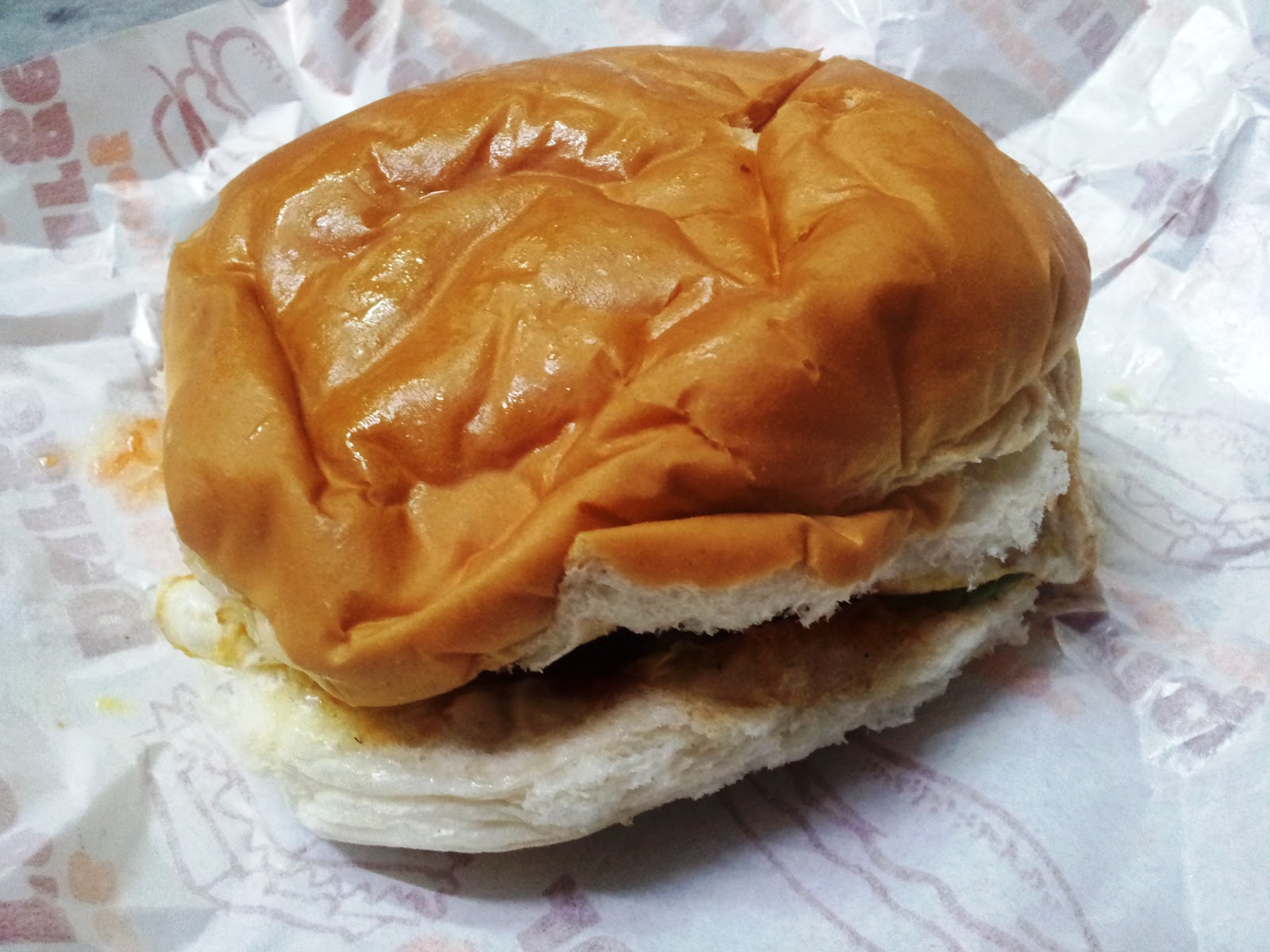 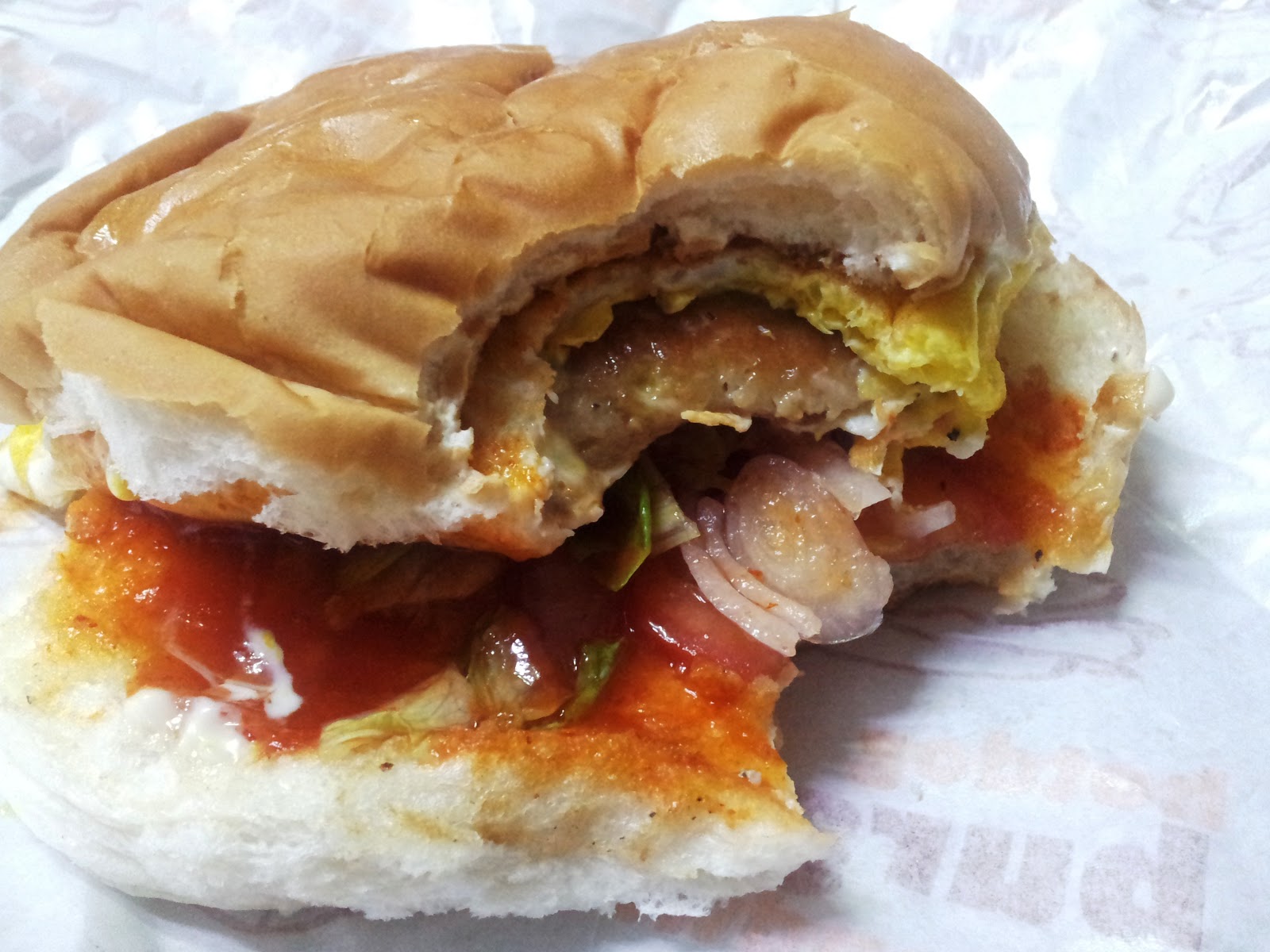 He says: Old Trafford burger? mestilah try! This one is good! but not that great though.. The mixture of the sauces tastes a bit weird =S Like how the tomatoes are cut into small pieces though =)
She says: That's his bite! So big heh his mouth! Kidding!! Okay, the burger bun is soft and huge. And can actually taste the butter on it, which makes the bun really yummy. The patti is surprisingly soft I like how he slices the meat patti into half and then lay the cheese in the middle of the meat. That way, it really melts. The sauce is not overwhelming. It's just right. I like this one! :) 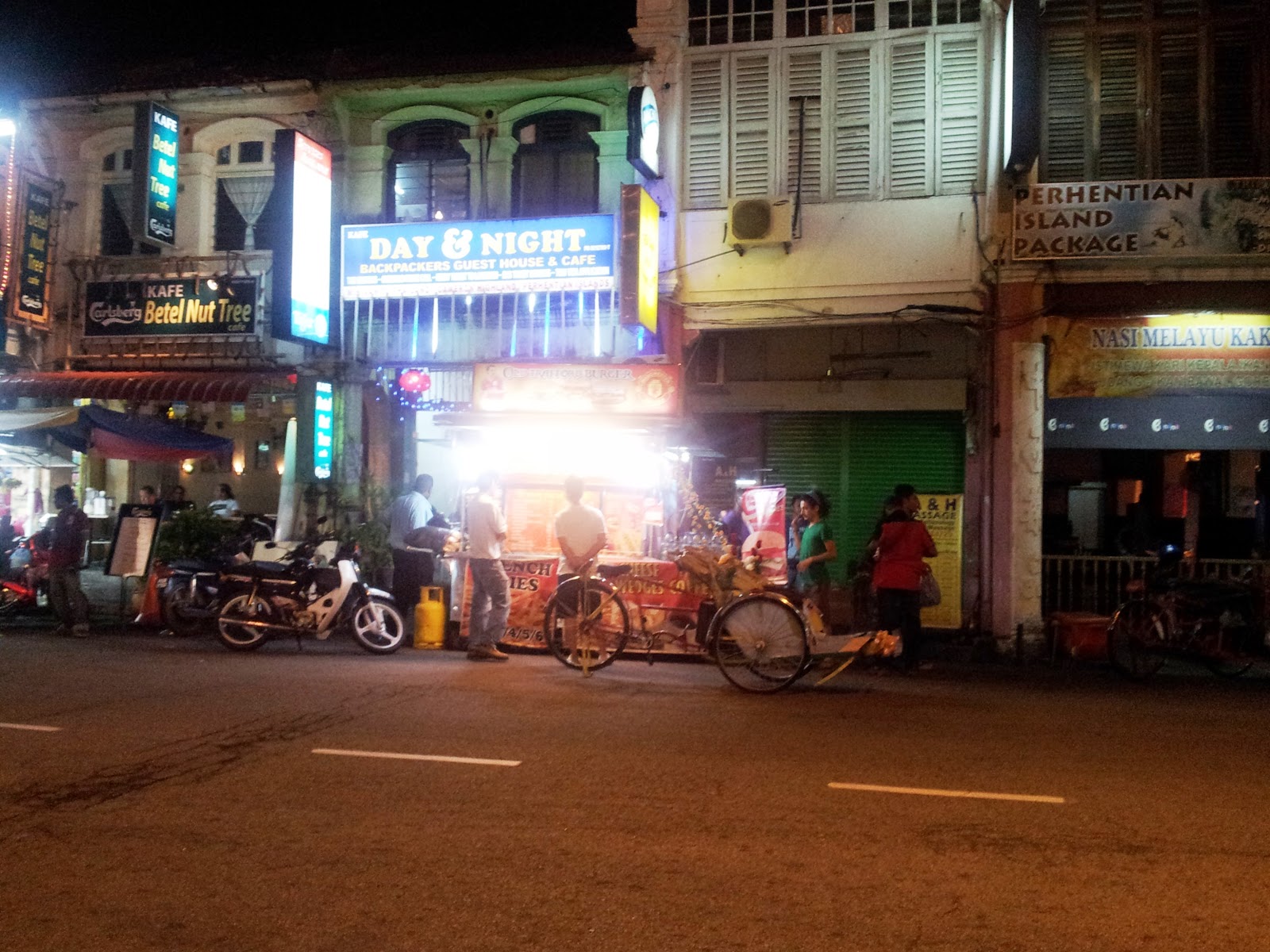 Ratings:
His rating: 7/10
Her rating: 7/10
Posted by WhatTwoEatHere at 11:48 am
Email ThisBlogThis!Share to TwitterShare to FacebookShare to Pinterest