He has been eating this one since he was a lil boy. His mom brought him there. So, he was very convincing as usual towards the chicken rice here and he always said it's the best d and all. She ate here a few times with him and both have different opinions! :) 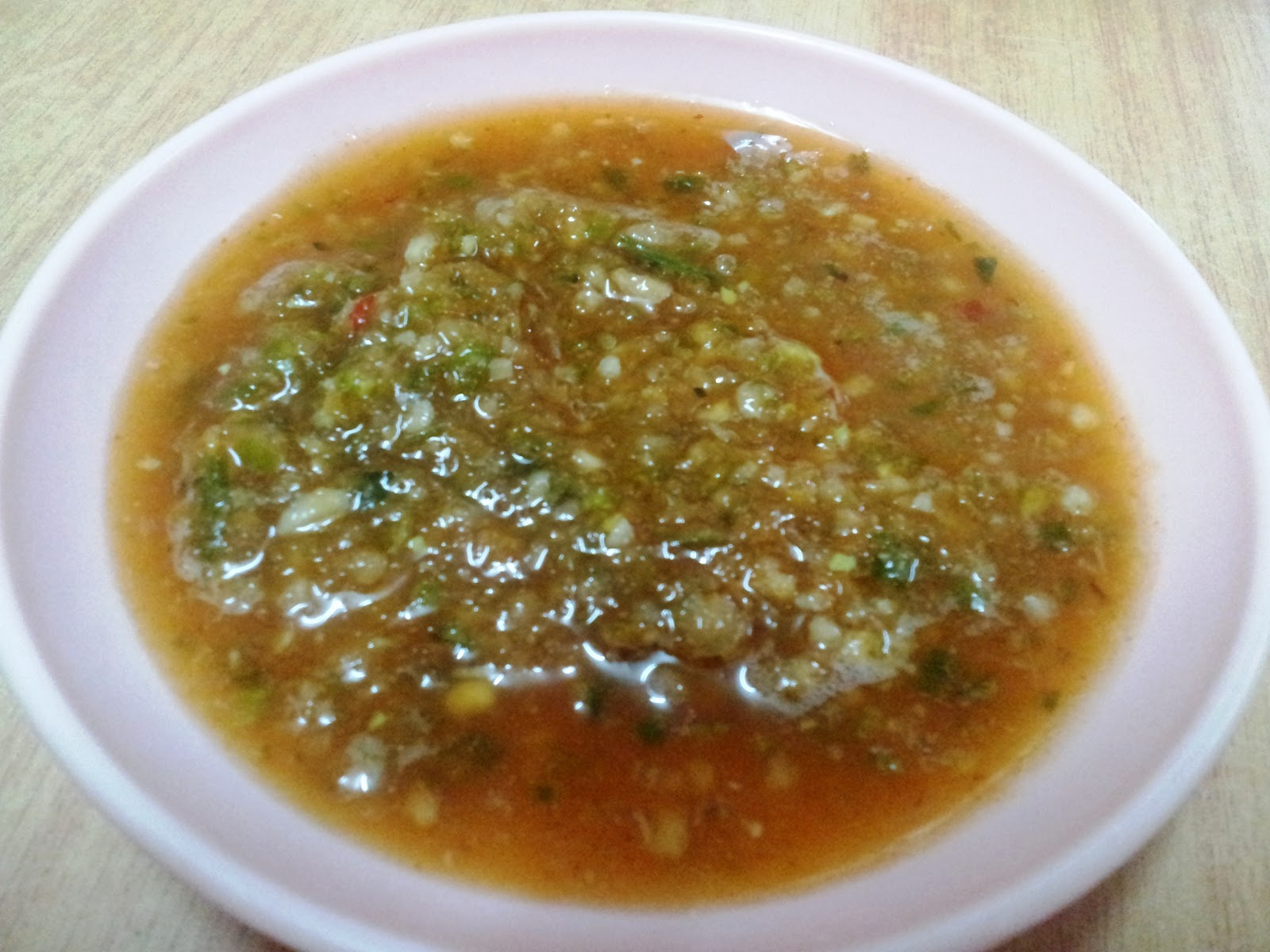 Chai Buih (Soup with salted vege and lots of i-have-no-idea-what!) 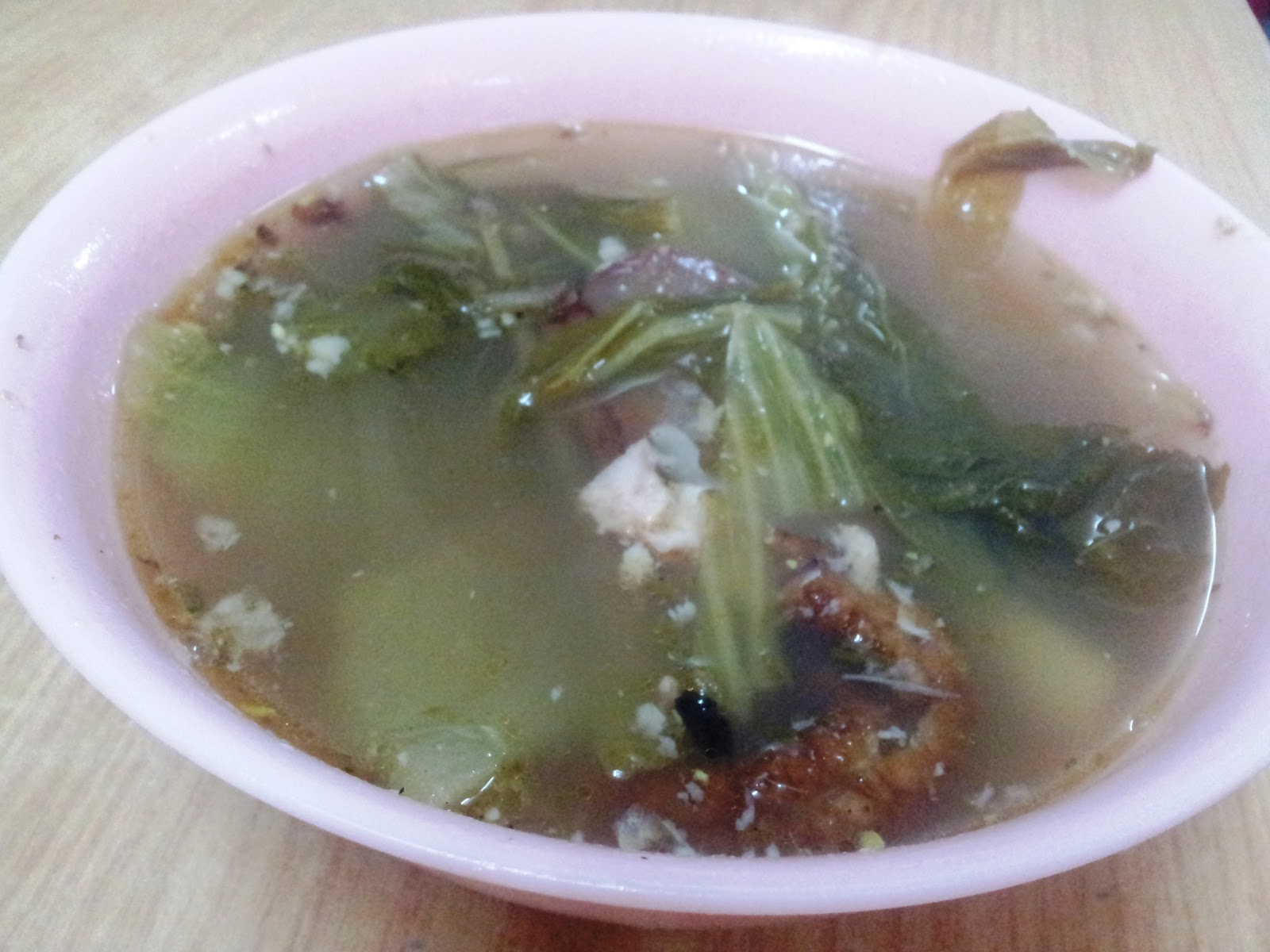 He says: Chai Buiiihh! and its freee unlike other places! Haha. It's quite sour though but I like it!
She says: Yes, it's free. but it SUCKS! Not nice at all. It's too sour and there's no chai bueh taste really! It's not a good soup. No idea why he so crazy and love this soup so much! 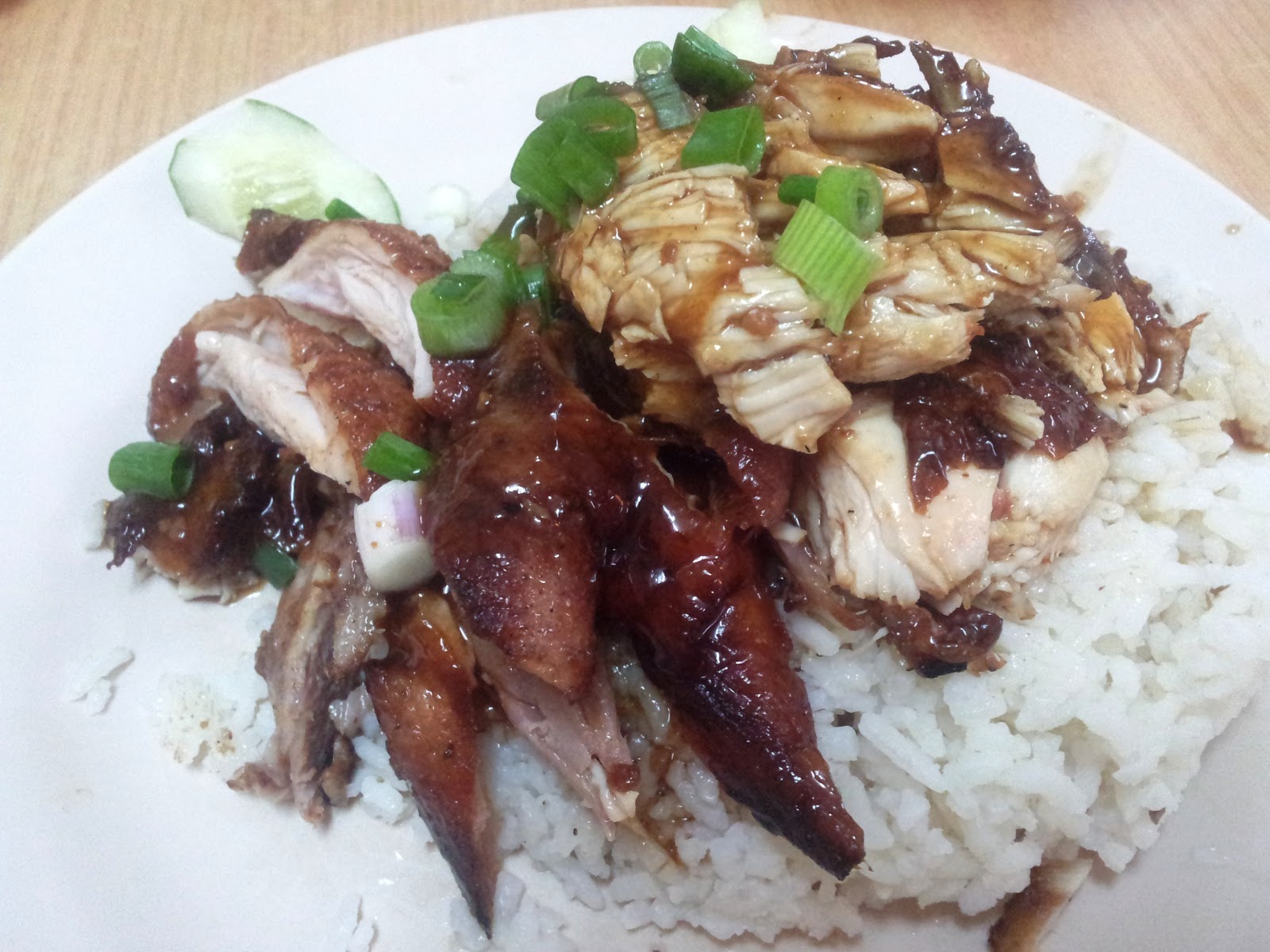 He says: My mum brought me to this place for the first time back when I was 15 and since then its one of my favourite chicken rice! I just love the way the boss simply chop the chicken! Make the chicken taste better somehow! =D Try the duck rice too.. Request the boss to deep fry the duck for you first!
She says: The sauce that's covering the rice is spoon-licking good. Serious, no kidding. The chicken meat, okok only. Duck meat, not that bad. What I really love about this dish is the black sauce with rice and duck meat is the winenr for me. 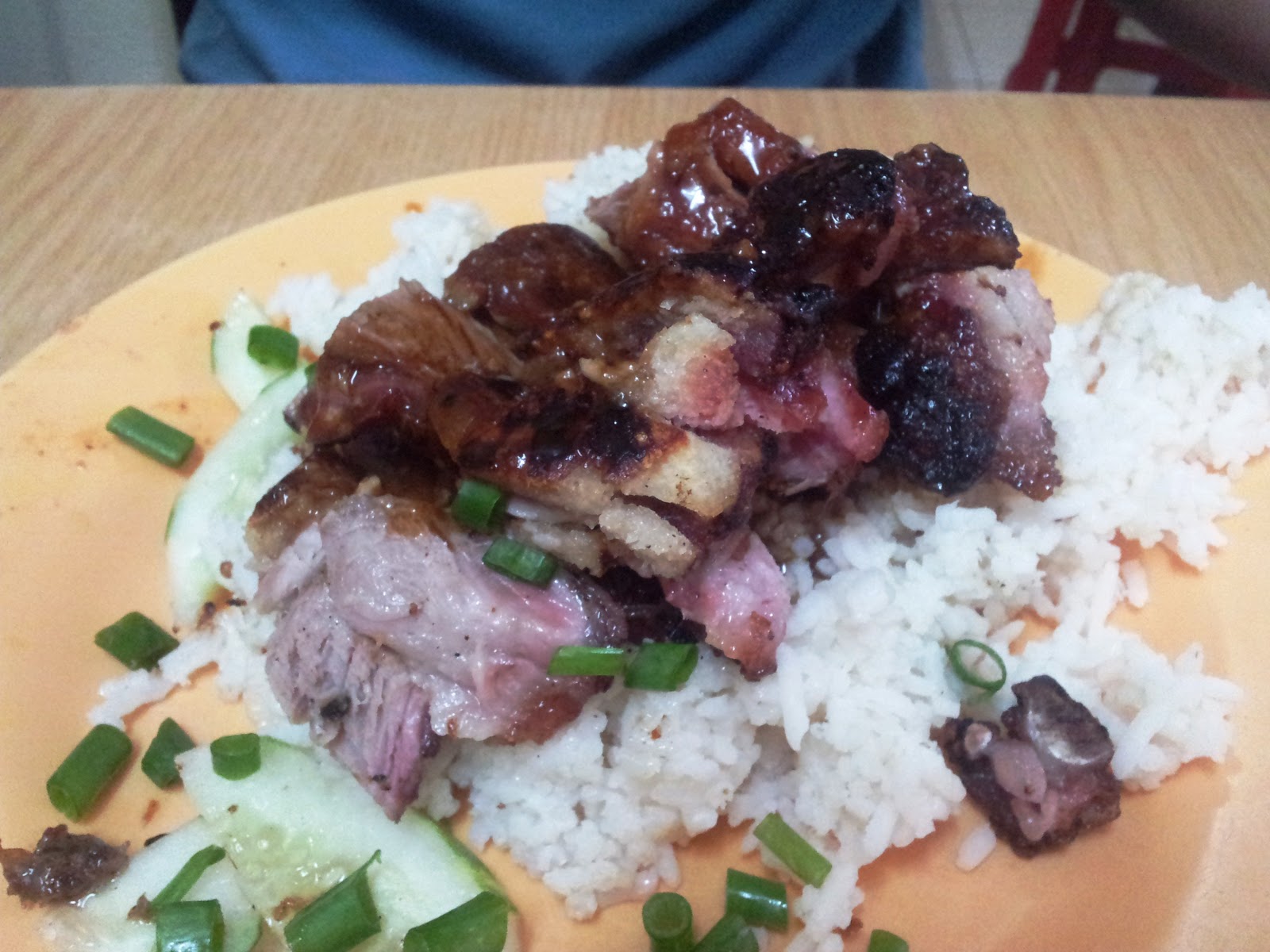 He says: The char siew is simply amazingg! You know what you can do? Admire the colour of the char siew when it is left hanging on the shop. "Looks" tasty and shiny! It is sweeeet and soft. The char siew comes with a sweet sauce too! The pork belly is just okay for me though..
She says: Love the char siew! Sio bak okay only. Nothing great.

Eddy's Chicken Rice at Lorong Susu, Penang
Location: Just opposite the mamak roti canai stall that we blogged about earlier! The orange building! 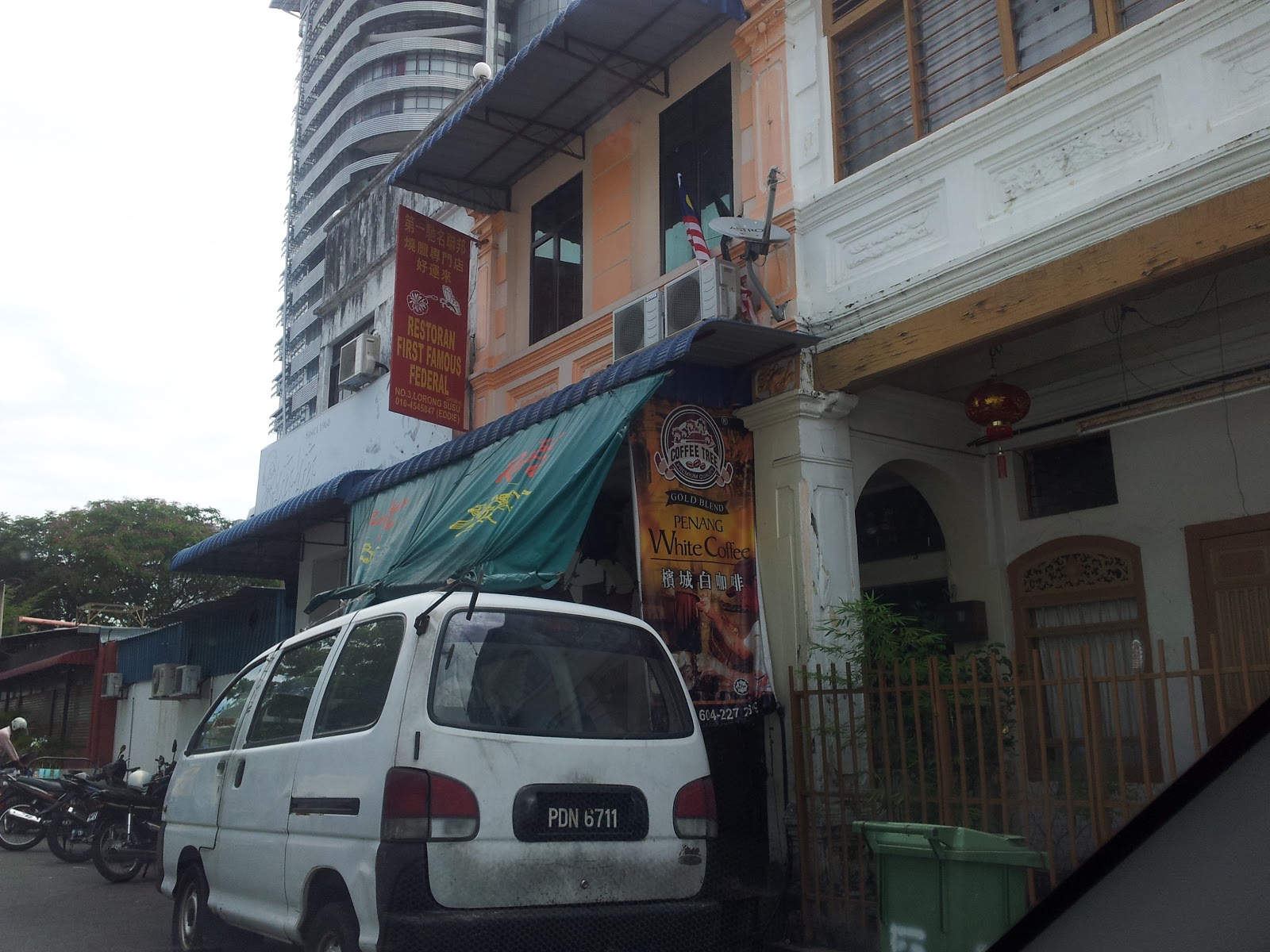 
Ratings:
His rating: 8/10
Her rating:﻿ 6/10
Posted by WhatTwoEatHere at 5:37 pm
Email ThisBlogThis!Share to TwitterShare to FacebookShare to Pinterest