You have no idea how often we eat chicken rice! Not like always la, but still very often! It's like we just have some sort of attraction towards this kind of food! Fattening much? haha.

We uses this main road so often that almost everytime we drive pass it, she would mention about this place cos it seems like during lunch time, it's usually packed with hungry people. Just a very small corner shop along the main road but the crowd really is the thing that led us to the makan this time. 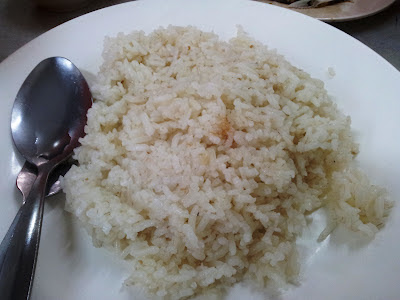 He says: Love this one. Sour and sweet =)
She says: Not spicy enough but like the taste of it. 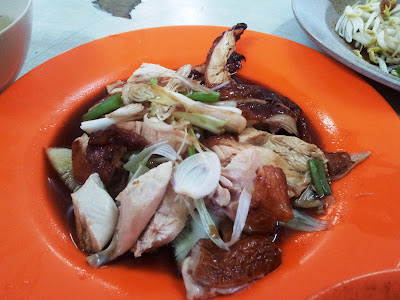 He says: Yup yup.. Like this one.. Got the smell of the freshly roasted chicken =)
She says: I like the sauce of the chicken. Almost like any normal chicken from any chicken rice stall. 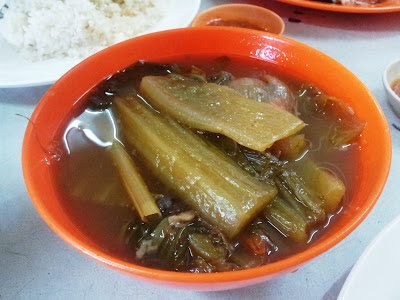 He says: Ok la.. Not a big fan of this soup but... is definitely better than other chicken rice shops that sells this soup!
She says: Everytime I eat chicken rice, this is a must-have!  but this one is just so.. err.. not nice at all! Too strong of ginger taste inside and spoils the whole thing. I hated it so much that I didn't take more than 5 spoonful. *geli* 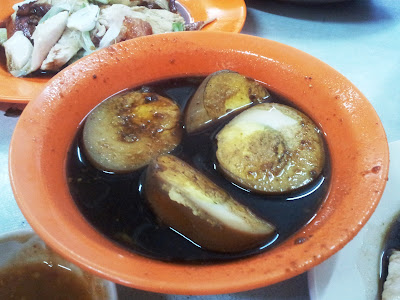 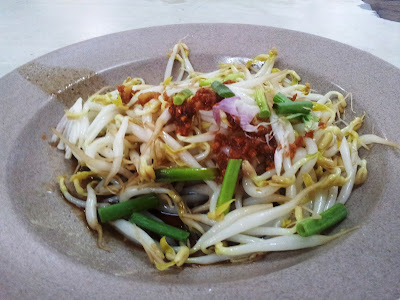 He says: Like all boiled taugehs, this one tastes good! Just put some tau eu, pepper and garlic!
She says: It's not raw or semi-raw! Usually it's always like semi-raw and its super disgusting to eat but this one is like perfectly cooked, I would say :) 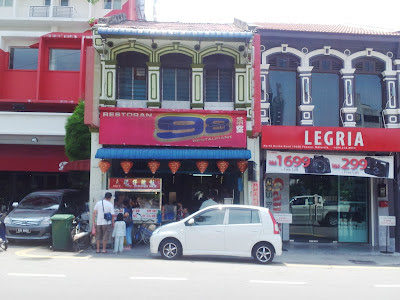 Price: Reasonably cheap (All that for RM12 for two person)

Posted by WhatTwoEatHere at 12:47 pm
Email ThisBlogThis!Share to TwitterShare to FacebookShare to Pinterest