And also to add in our list of all-time favorite snack, bang chang koay or you can call it 'pancake' Penang style. It is believed to be a Chinese Malaysian dessert, also literally means 'million heated cake.'

For this case, it's Malay style ban chang koay :)


and yes, we googled all that infos.. Everybody loves Google! :) 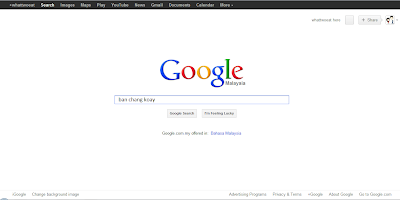 One evening after work, the girl craved for ban chang koay. Being a good boyfriend, he brainstormed and almost immediately thought of a place (actually, he also want to eat as badly as the girl but the girl said it out first, heh!) She has never eaten this one before as this is the Malay style of ban chang koay, and she usually prefers the chinese ones. But he reassures her ten thousand million times that this one is really different and good. Cannot blame her as she have had many bad experiences with Malay's style ban chang koay. Wahaha.


Most of you will be able to recognize the place once you see the background.. 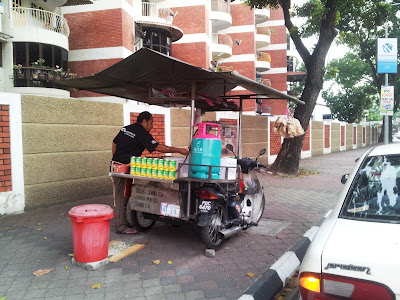 The big and thick ones also ada jual, but we didn't get that one. We bought four pieces of normal ones. 2 for each (I know, we are such critical ban chang koay lovers that we refused to share!) Muahaha. 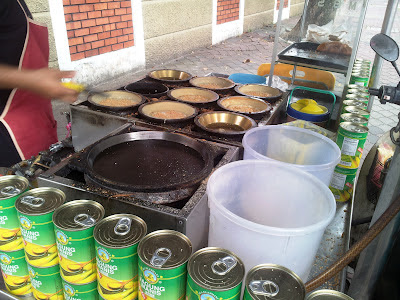 He says: My favourite snack! hahaha! If any BCK shop appears in front of me, I'll buy one! =)
This shops sells the best Malay BCK that I've tried. 60 cents only plus jagung some more unlike Chinese'! Value for money and puas hati =D Want more Malay BCKs? Go to:
1) Batu Lanchang (Beside Cameron Highlands Kopitiam)
2)Terengganu Road (Beside the bus stand opposite the Eden bakery)
3) City Stadium (Along Perak Road)
4) Lorong Kulit!

She says: My expectation for this one was so-so as sometimes he can be very convincing about how nice the food is but when I eat it, it's like "errrr..". You know what I mean la. So, I didn't want to expect much from this one. However, the moment I took the first bite, wow. Super crispy! Not only that okay, it's like not too thick and not too thin in the middle of it. You know some ban chang koay can be so hard to eat cos they are too thick and also if too thin, you don't eat much! So, I would say this one is just right! Perfecto! and it's soooo cheap! Got jagung inside sumore! :) He was right, in the end :) 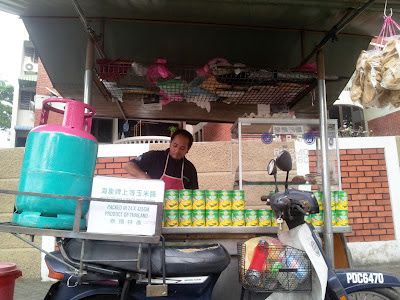 Posted by WhatTwoEatHere at 9:54 am
Email ThisBlogThis!Share to TwitterShare to FacebookShare to Pinterest