Penang people is famous for this answer, 'Cincai la'. It means anything in hokkien. It's almost like impossible for us to immediately give a place when the question is asked, 'where wanna eat ar?'

Some days, we find it difficult to decide cos there's just so many places we want to go! Unless one is okay with anything and another one gets to decide! :)

She was craving for porridge and had this place in mind.

It's really like having economy rice or porridge except that you get to order something else that they would cook like choo char.

Some of the 'already made' dishes. 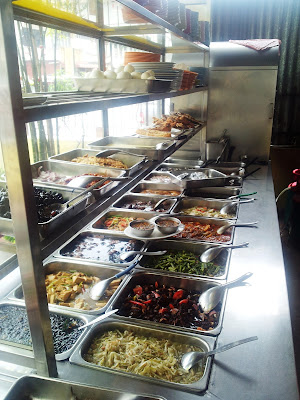 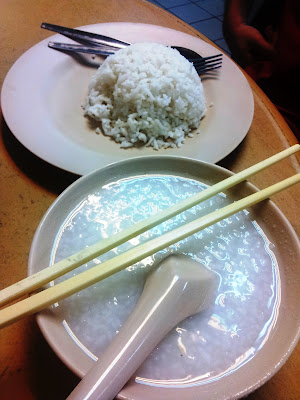 Some of the dishes we ordered. 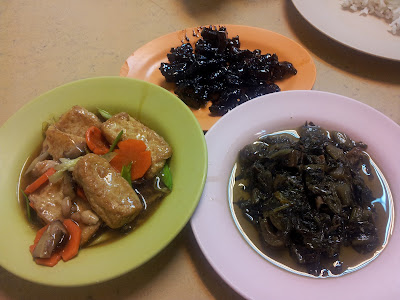 He says: 1) The 'tau yu bak' is really really nice! Tryyyyyyyy!
2) The 'guih chai' and the 'tau hu' is normal...
She says: Love their sticky black porky thing! Sweet and tasty! The rest is normal. 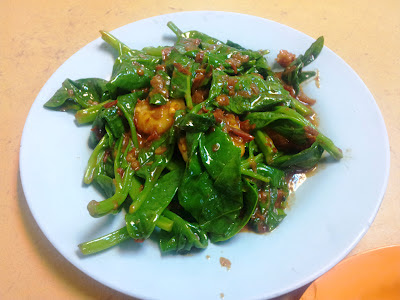 He says: This one smells really good! you can like pick the vege that you want and ask them to fry it instantly for you like 'choo char'!
She says: This is not from the ready made place. We ordered it and then only they cook on the spot! LOVE THIS ONE! the sambal.. FULAMAK! 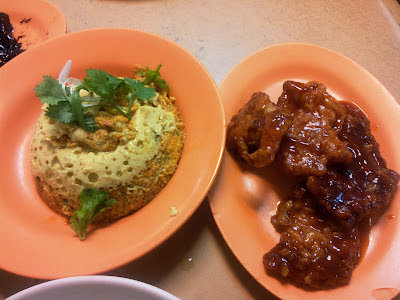 He says: The otak-otak tastes weird! =S But the pai kut ong is really good.
She says: Otak-Otak is yucky. The sweet pork is nice. soft and sweet. 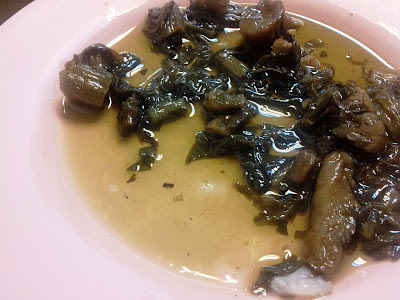 He says: Down.
She says: errr.. super oily as you can see in the picture. and super yucky too. 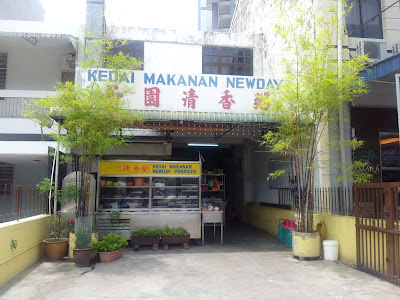 
Posted by WhatTwoEatHere at 9:36 am
Email ThisBlogThis!Share to TwitterShare to FacebookShare to Pinterest