Her occasionally Sunday breakfast before going to church is mostly this koay teow th'ng stall nearby and he decided to tag along this time!


Just one stall by the roadside in a lorong. 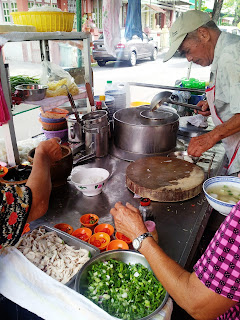 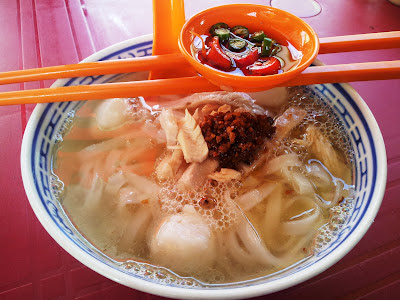 He says: Hmmm.. Its normal la.. Probably because im not a fan of koay teow thng. =D
She says: I love the soup. Its the soup that will decide whether its nice or not ma right? haha. 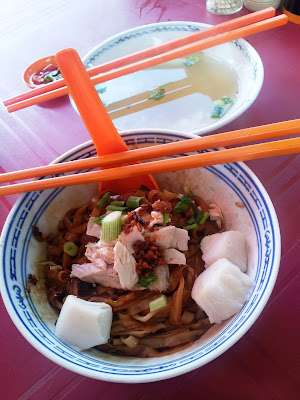 He says: This one is good! Love this.. So, people, try this!
She says: I like this too. Usually I won't be able to decide which one to order cos both also I super like. 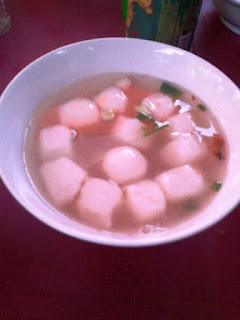 He says: Okok la.. normal fish balls in koay teow soup.
She says: A must order everytime I eat there. Handmade fishballs! Yumms!

Koay Teow Th'ng along Burmah Road.
Direction: Along Burmah Road, make a right turning at the second turn after Wesley Church and you'll be able to see the mini stall as seen in the picture. There is a florist shop just before the turn. The road is opposite Union Primary School. 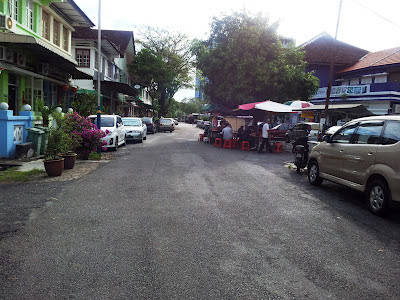 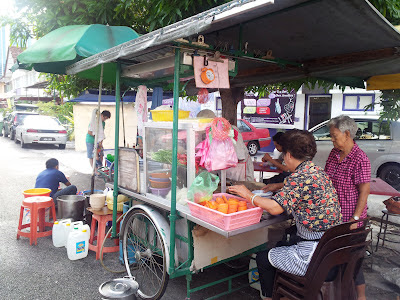 Posted by WhatTwoEatHere at 2:16 pm
Email ThisBlogThis!Share to TwitterShare to FacebookShare to Pinterest