This is a story of a boy and a girl having lunch on a fine sunny day.


The place was decided due to the many comments of people that its mee rebus/mee goreng is nice and pretty famous.


Newspaper cut-outs are seen at the front part of the stall. So, must be quite popular.


He: Boss, mee goreng satu, mee rebus satu.
Boss: mau telur ah?
He: *looks at her nodding* Mau!
She: *goes to the next stall and orders Pasembur*


So here it goes.

the front of the stall.
Many side items to add on your mee such as cuttlefish, sotong etc. 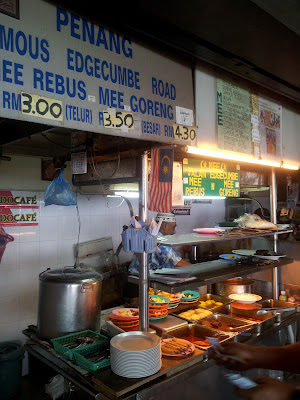 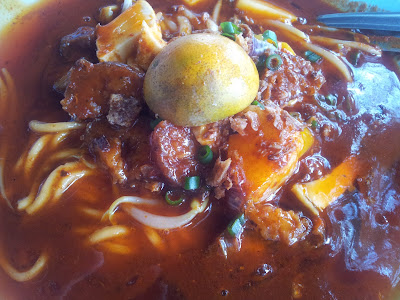 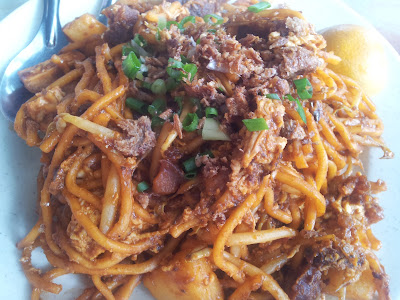 He says: It's not bad. More to a 'Malay' style of mee goreng rather than the 'Indian' one. I'd prefer Indian style. =) Anyhow, this one is better than the one without egg!
She says: Don't really like this one.

So, we were eating and chit-chatting away.She was having the mee goreng and He was eating the rebus one. And then She wants to have the mee rebus so they exchanged meal.


He: S**t! There's a cockroach in our mee!
She: *don't dare to look at the mee* Don't play laaa!
He: I'm serious. No kidding!!
She: WHAT!?!?
He: *takes out the dead insect from inside the mee and puts it on the table*
She: *stares at it* maybe it's not cockroach but fried shallots or something
(at this point, She is still in her positive thoughts)
He: I can see the legs also la. CONFIRM it's a cockroach!
She: *swallows hard* *eyebrows raised* 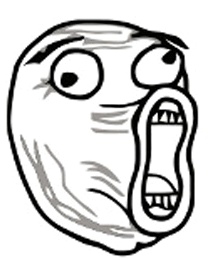 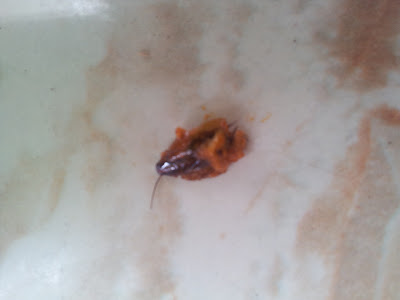 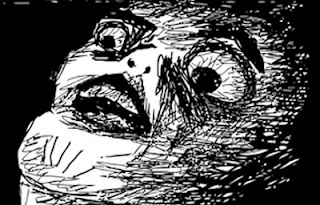 And then we told the pak cik and he prepared a new plate of mee goreng without egg with no charge (duh!)
Good thing we only ate like one quarter of the whole thing and hoping that we did not already swallow its anak-anaks!

When we got the new one, we were like using our forks and searched through the insides to make sure. and you know, WE REALLY MAKE SURE.

the new mee goreng without egg, 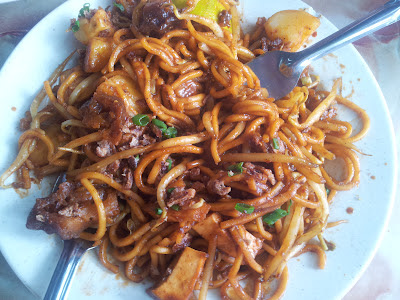 He says: Down. Prefer the one with egg. Maybe the roach makes it better. =)
She says: Loss my appetite after that. But to choose between with egg or without, I would go for with!

Kompleks Makanan, Persiaran Gurney - Penang
Location: Along Gurney Drive.
Direction: if you are coming from Gurney Plaza, it will be on your right. 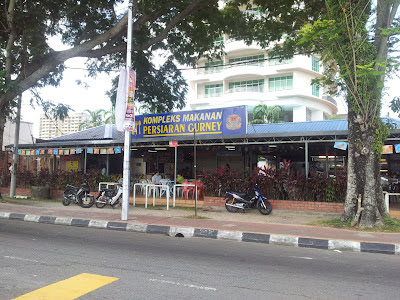 Posted by WhatTwoEatHere at 6:08 pm
Email ThisBlogThis!Share to TwitterShare to FacebookShare to Pinterest