What to eat?
Where to eat?
Penang Island okay! that question is like so no point! everywhere also got food! hahaha. but this time we went out of Penang island!

You must be wondering why we went for another Tomyam when we just had our KhunThai tomyam! Well, if you must know, Raja Uda is not only known for their curry mee at 7 Village but also their famous tomyam mee! And who can ever get sick of tomyam, right!

However, we were met with disappointment when the one we planned to go was close. Apparently, according to him, he said it's much nicer that the one we went, which is this one.

Pick Your Own Special Dish Corner!
(enough said isn't it?)
you get to pick as to how many of which kind of items you want in a silver plate given. 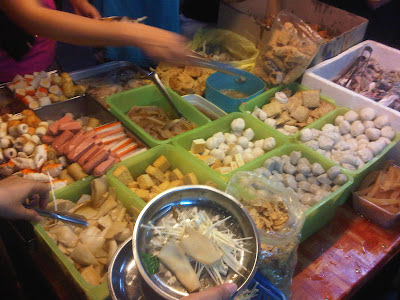 Tomyam Porridge
(cooked rice, added into the soup and ingredients) 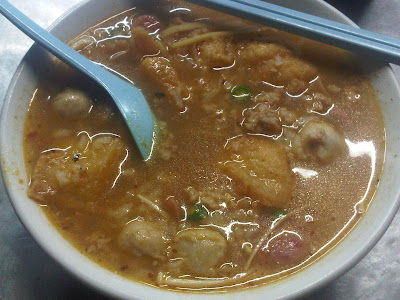 She says: This was what I ordered. deep fried fish meat (which was refilled in the container non-stop), meatballs, sliced Taiwan sausages and minced pork meat. I love this dish. They added ginger and cili padi into it and made the whole thing tastes and smells super awesome! all that at RM8. 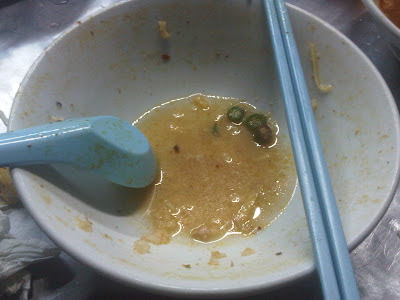 It's obvious that we love it as our bowl was clean! like clean clean!! haha :) 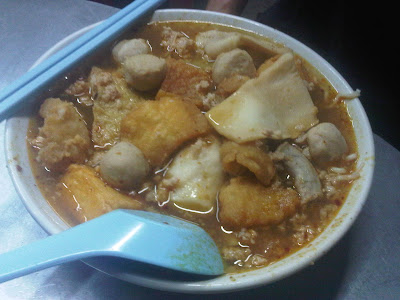 He says: The ingredients that I chose were slices of abalone, meat balls, deep fried fish meat, Taiwan sausages or we call it 'lap cheong', minced meat and a few more different types of fishballs. It was good. But still not as good compared to the one we wanted to go, which for sure we will visit soon! Mine was also RM8.