Hello earthlings! We're back with more yummy food! local or not! :)

This time we went to Sky Hotel (see locations below) and tried on their famous char siew rice! It was his first time and her second time there. So we both didn't really know what to expect!

Very easy to spot cos they stand out in their color! very old building though! 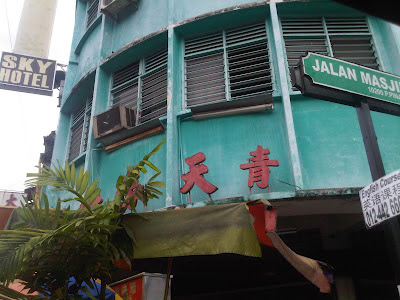 the mad crowd. we went there at 1230pm on a Sunday. However, we got a seat very quickly too! We didn't have to wait! haha :) 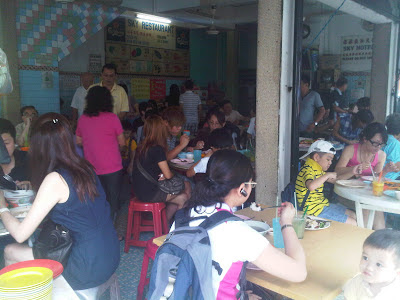 the 'crime scene'! just in front of the shop. 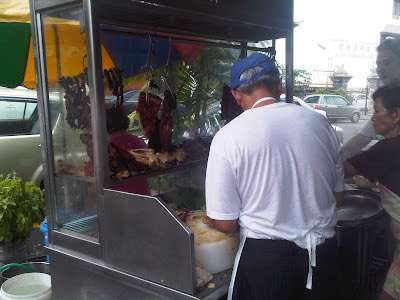 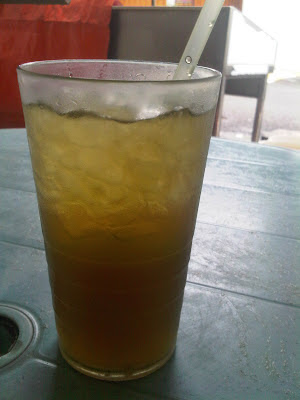 He says: Nice and refreshing!
She says: I don't like water chestnut, but this one is pretty sweet and refreshing. but pretty pricey for one glass like that le. 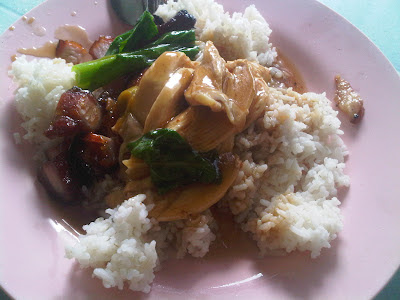 He says: Tasteless. The rice was plain and the sauce is as bad. Char siew is not bad but the chicken is a not again for me.
She says: I didn't like the chicken. So chewy! 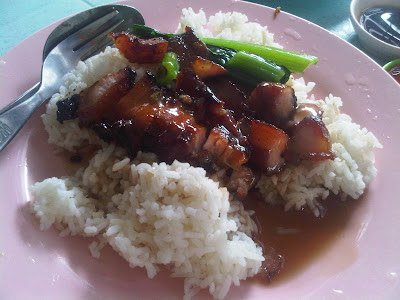 She says: I love the char siew! tender, juicy and aromatic! They are famous for its char siew whatt! I like the sauce too that's on the rice as well but they gave little bit nia. 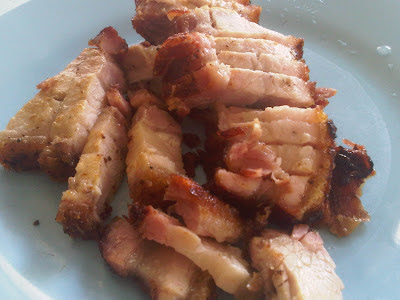 He says: Tender and nice but quite salty. Kinda like it =)
She says: I don't like it! Too salty! 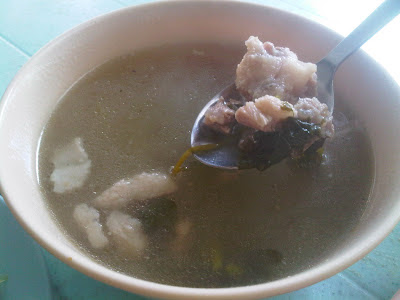 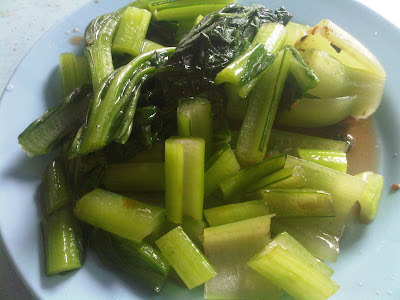 He says:  Kinda pricey for a plain soup like that and..again! this time, the vege is tasteless and salty!
She says: I kinda like the soup, but really it's nothing special and not worth the money we paid for it. The veges also like ok ok nia.


Char Siew Rice at Sky Hotel, Penang
Location: Sky Hotel, 348 Chulia Street, 10200 Penang.
Direction: If you are coming from Penang Road, the building is on your left, however if you're from Jalan Masjid Kapitan Keling, it will be on your right, just like how the picture shows. 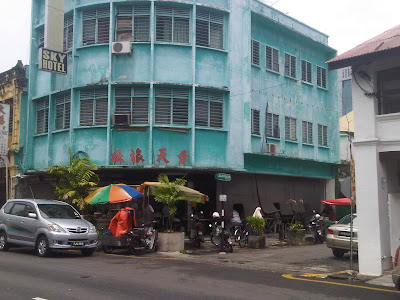 If you see on the picture above, there's a turning to the right next to the hotel. That will solve your problem of parking. However, they charge at RM2.00 and do watch out of dog poops on that road! 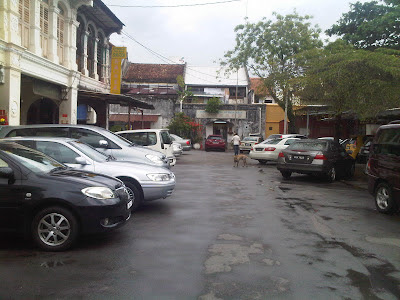 Ratings:
His rating: 2.5/10 and yes 2.5.
Her rating: 5.5/10
Posted by WhatTwoEatHere at 10:36 am
Email ThisBlogThis!Share to TwitterShare to FacebookShare to Pinterest