If there is something that would make our life easier and faster, we would definitely love to have it. Being full-time office employees, both of us never have the time or energy to buy grocery items and then head home to cook.

It's almost to impossible, and partly because we are not living in the same house (yet!) so that makes it more difficult to do all the cooking and stuff.

However, the boy loves to cook. I mean like he seriously loves inventing new ways of cooking, be it a normal stir-fry dish or pan-fry the chicken breast fillet. I hate to admit this but most of the time, his cooking tastes really good. Now, he's gonna go all bangga on me. Heh.

We were given an opportunity by Jar Creations to test this one product out, and it's called Subi. It was our first time hearing such brand and they gave us not 1, but 3 different products to try them on.

Here's a little something about Subi that you may now know yet and will know after reading this.

1. Subi is one of the seafood products brand produced under Golden Fresh Sdn Bhd.
2. Golden Fresh S/B is a popular frozen food processing company is Malaysia.
3. The variety seafood products are locally made with the best quality kind.
4. Customers satisfaction is their priority.
5. Their seafood are mainly caught from the Atlantic Ocean and Australia.
6. Subi's products are free of saturated fat.
7. Their savoury snacks offer the easiest way to cook and most ideal for those who are busy.

We were excited to cook them because he loves to eat squid and I don't find them in my must-eat-list because most of the time, the ones I have had before are way too chewy and I find them pretty tasteless, so no need to waste time eat. Hah.

I was looking forward to this, thinking that this could change my mind of my general perception of squid.

Oh and one more reason why we love Subi's Squid Products! We don't have to de-frost them. It's cook-able right from the freezer to your pan. HOW CONVENIENT IS THAT.

There are 3 ways of cooking Subi's frozen products.

Gone were the days when we had to take out the pan, pour oil and fry our dinner/supper and that was the only way we could enjoy deep-fried frozen stuff.

With Subi's products, it's good to know that there are the other 2 ways we could do with it.

Let's see how the tasting went :)

Oh oh before that! We were also given the chance to try out Subi's newest squid addition - Subi's Spicy Squid Bites! Read down below!

You can also go see their FB page to get their latest updates! 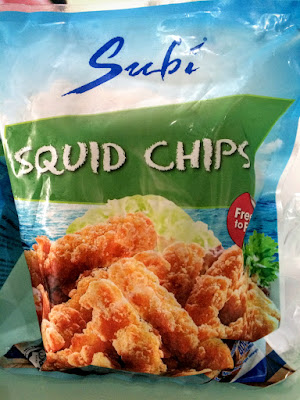 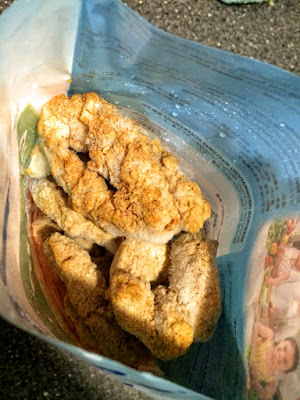 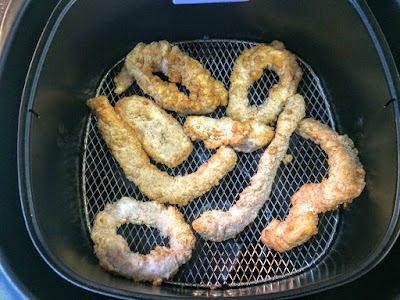 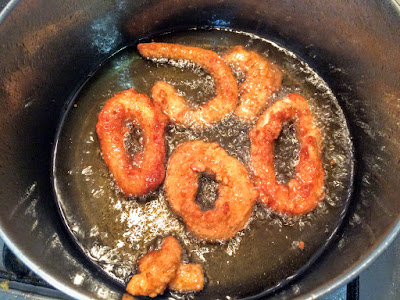 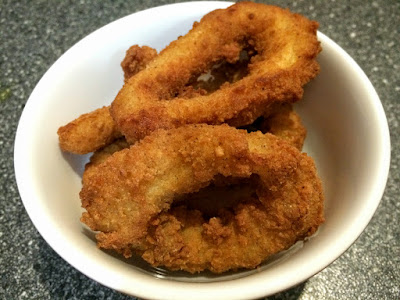 He says: Tastes like Kentucky Fried Sotong! Original flavour! Must try!
She says: Among the 3 ways of cooking them, I love the air-fryer because no oil is needed and still came out so delicious. The spices that coats the squid is salty-kind and that is why it makes the perfect snack at home. Oh and the squid was not chewy at all. Soft and yumms. 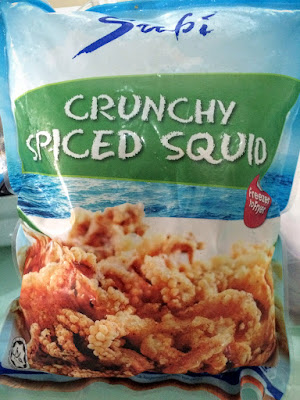 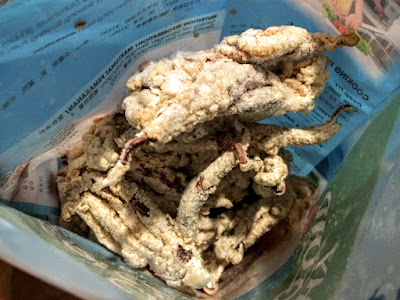 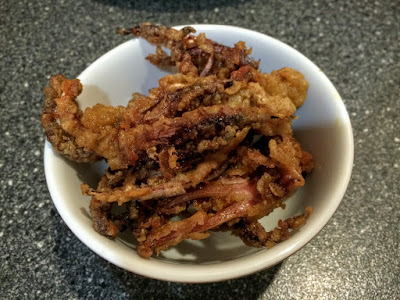 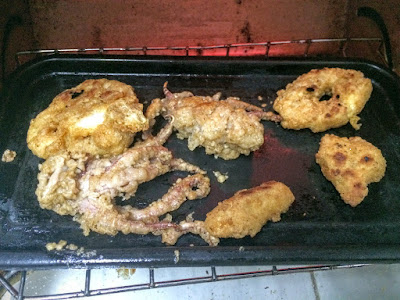 He says: Not chunchy enough but still.. its not bad! Oh ya, if you like squid heads like me, take this!
She says: This one was crunchy and a lil spicy if I remembered correctly, but it was really mild kind of spicy. The squid for this version is not so much on the squid's body but the squid's head. So, if you like that part of a squid, you will love this one. 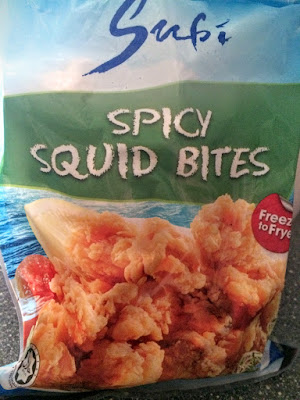 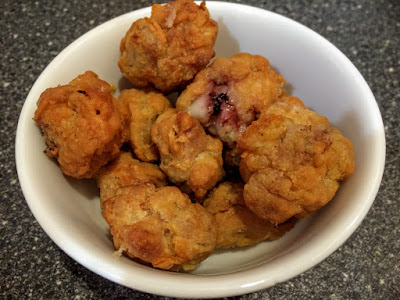 He says: Could be spicier!
She says: This one super easy to makan! It's popcorn squid! Love this one!

Ratings:
His rating: 8/10
Her rating: 8/10
Posted by WhatTwoEatHere at 6:37 pm
Email ThisBlogThis!Share to TwitterShare to FacebookShare to Pinterest