Lunch at Eastin hotel. Thank you Eastin Hotel for having us over! :)

Oh hello there. That's a very nice lunch break for the both of us in midst of all the work out there!

How often do people actually go to hotels and enjoy lunch whether ala carte or buffet style? I would think very few because usually people don't have such long lunch break. Most people would opt for dinner when dine in at a hotel.

Actually, for those of you who have the time, you should try lunching in hotels. We tried a round of their buffet before knowing that the real meal was still on its way. Hah. Oh and it was good. The buffet spread! So many items and most of them tasted really yummy.

Anyways, we had the opportunity to enjoy a scrumptious spread of lunch at Eastin Hotel the other day. For those who don't know where Eastin Hotel is located, SHAME ON YOU! Kidding! Just kidding!

It's right beside the huge Queensbay Mall. Now you know. You're welcome :)

OH WAIT! Before that, let's show you guys this first! *points below*

Okay, now we can proceed with the food tasting! :) 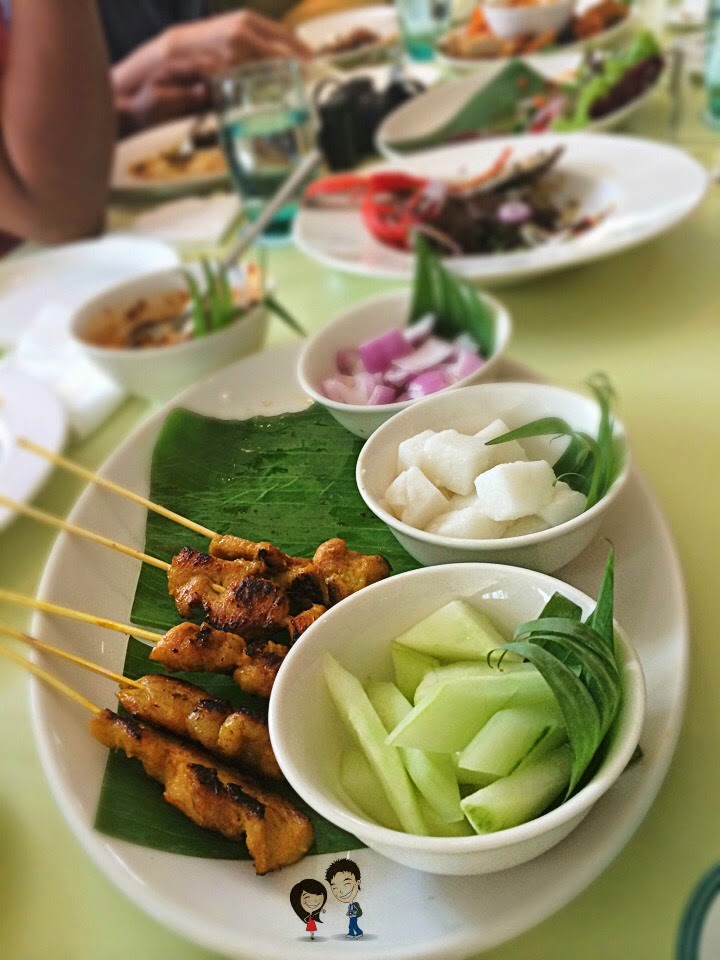 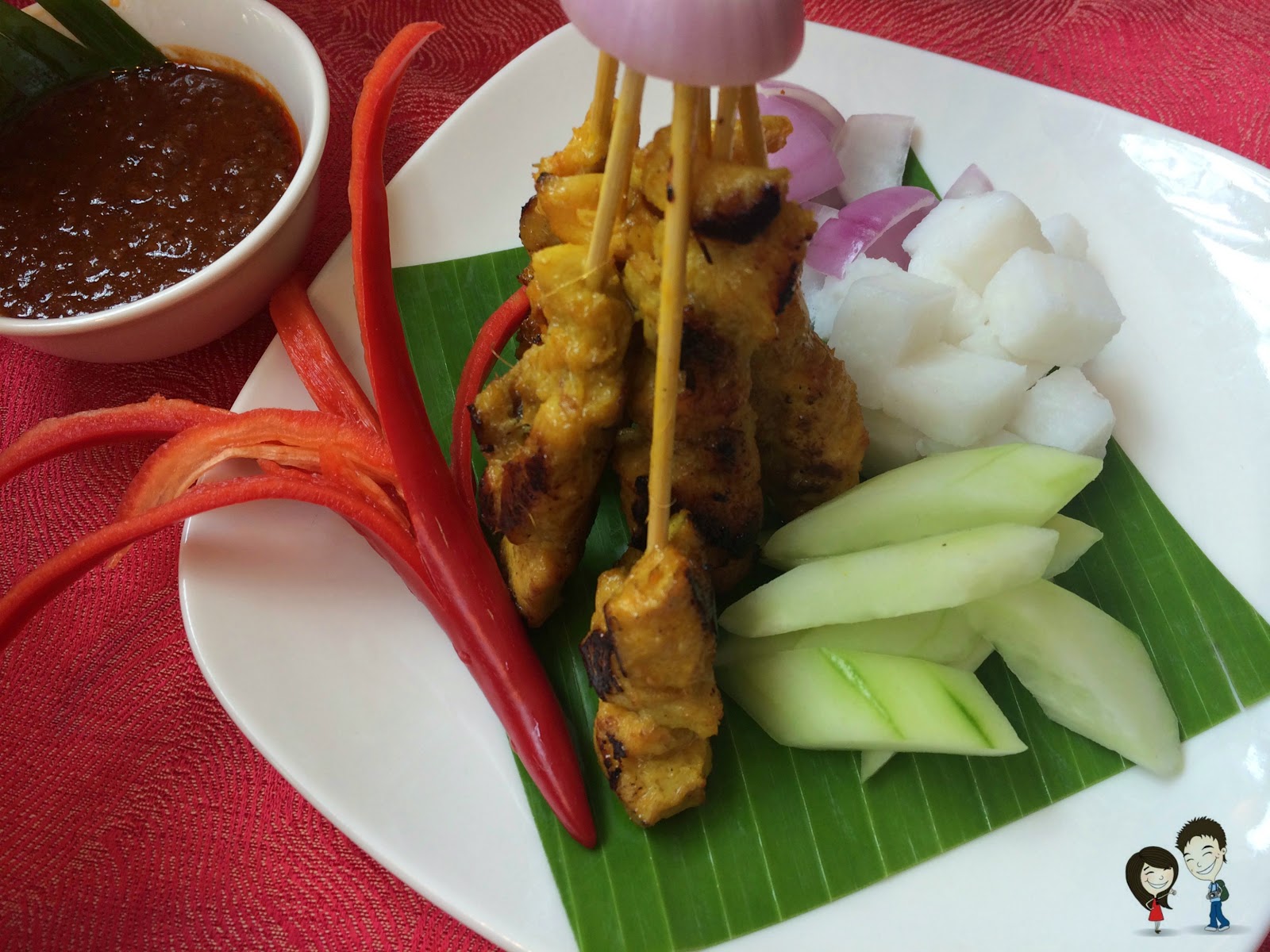 He says: SATAY! This satay is.. LEAN! Could be better if there's some fats in between but the satay sauce did made up for it.  Thumbs up!
She says: Never a big fan of satay. This one I like because no fats inside. Muahaha. Eat without guilt, best! 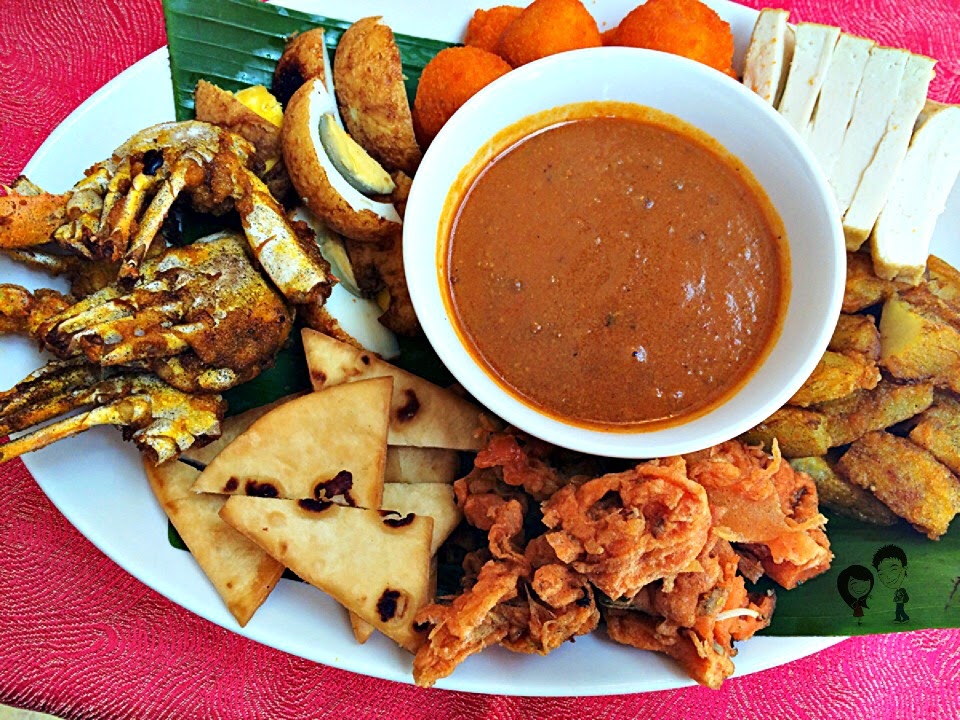 He says: By looking at the variety of choices in the pasembur. Making me lau nua already! Crispy outside and soft inside. Should try this.
She says: Love the variety given. Got deep fried crabs okay! Syiok gilaaa. Koay thought it was soft shell crab at first so he gave it a tough bite. Turned out it was a normal kind of crab and he suffered the toothache. HAHA. 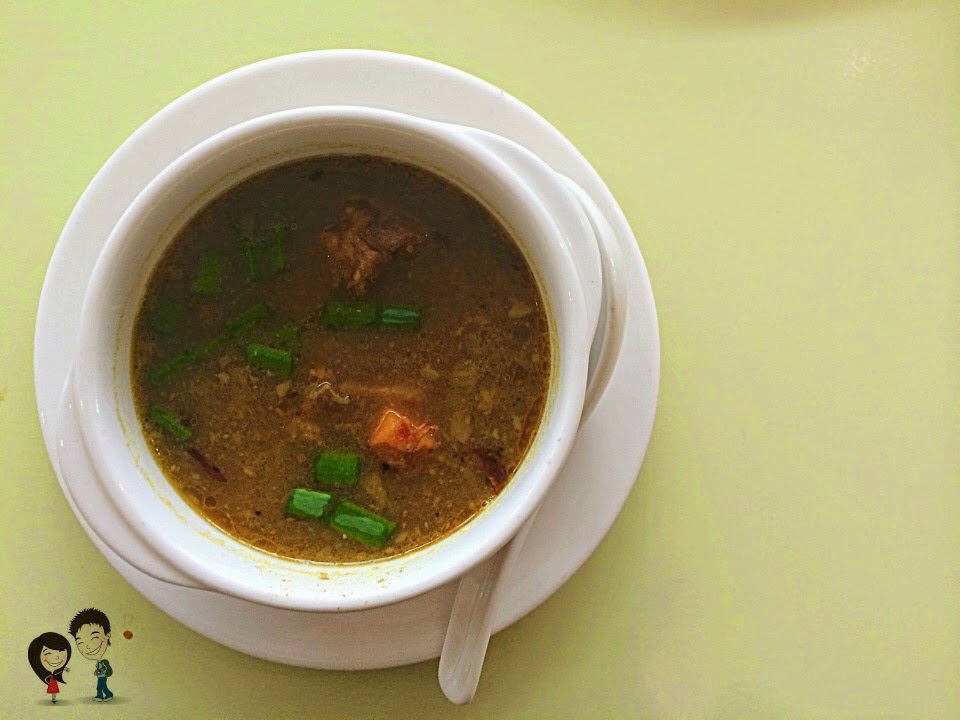 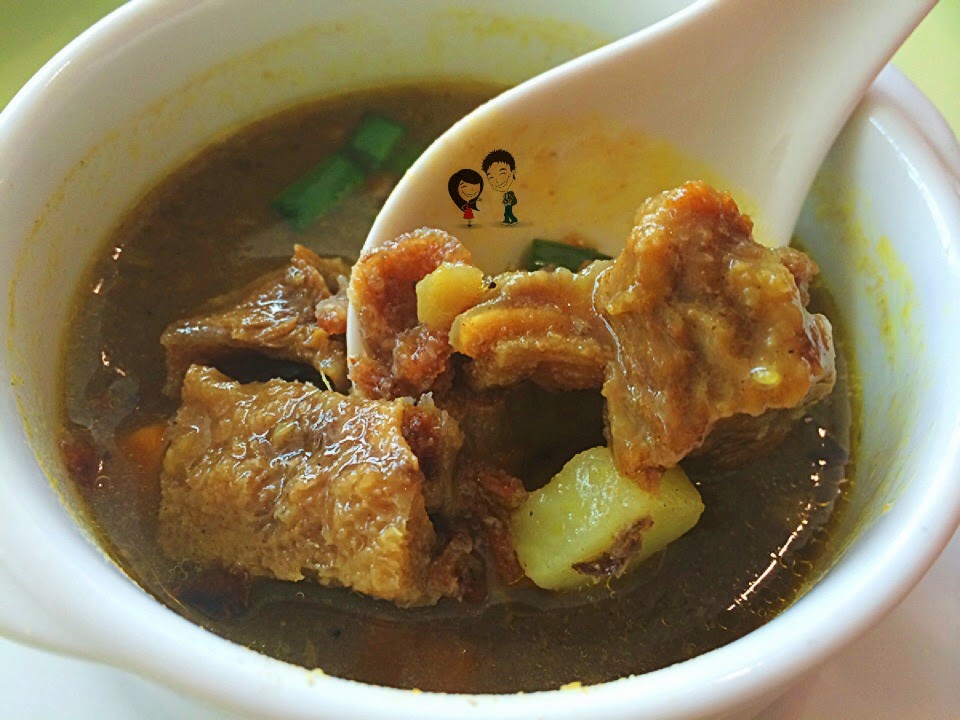 He says: Hmmmm.. Typical sup ekor. One thing different is that you can find slices potatoes and carrots inside. =)
She says: One of my favorite dish of the day. Couldn't stop myself. Meat so tender sumore. Thumbs up! 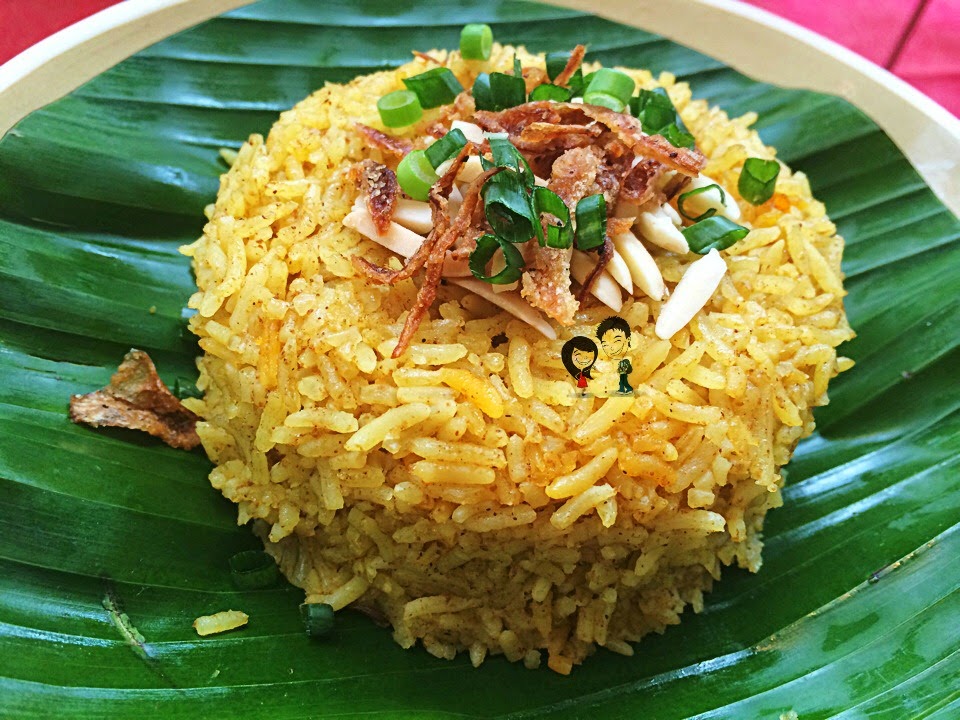 He says: Smells good.. Tastes good too.
She says: Probably a bit too dry for me? Then again all nasi briyani also quite dry eh. This one it's okay. Didn't really like the texture of the rice. 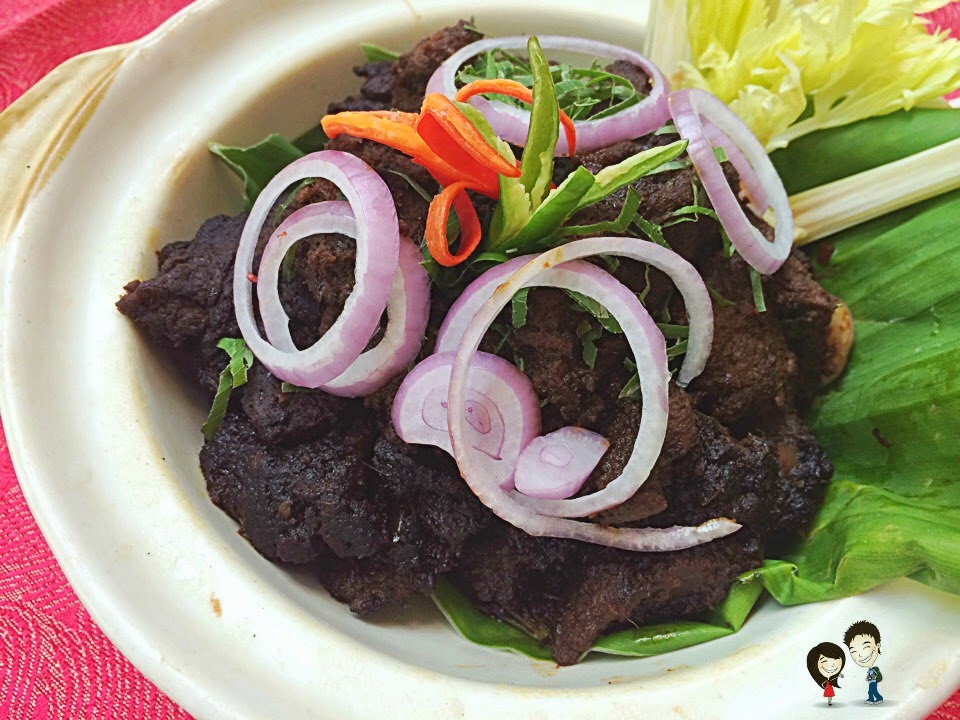 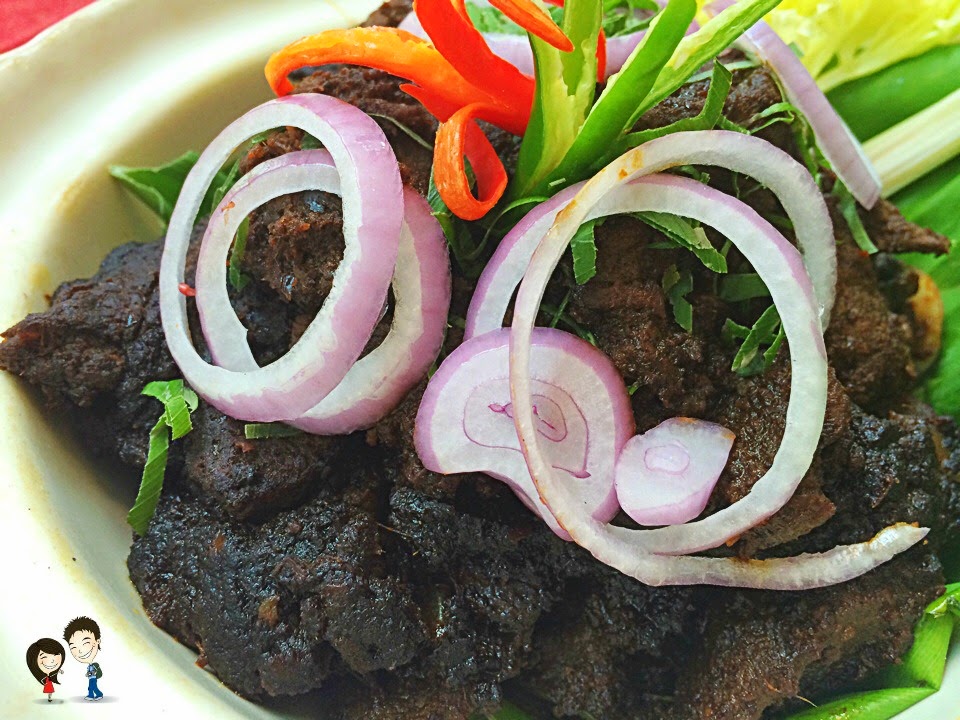 He says: Tender and delicious. I would go back for that! =D
She says: This one unexpectedly spoon-licking-good! I've had many experiences with daging rendang where the meat is rock hard but this one surprises me big time! So soft okay! Bestttt! 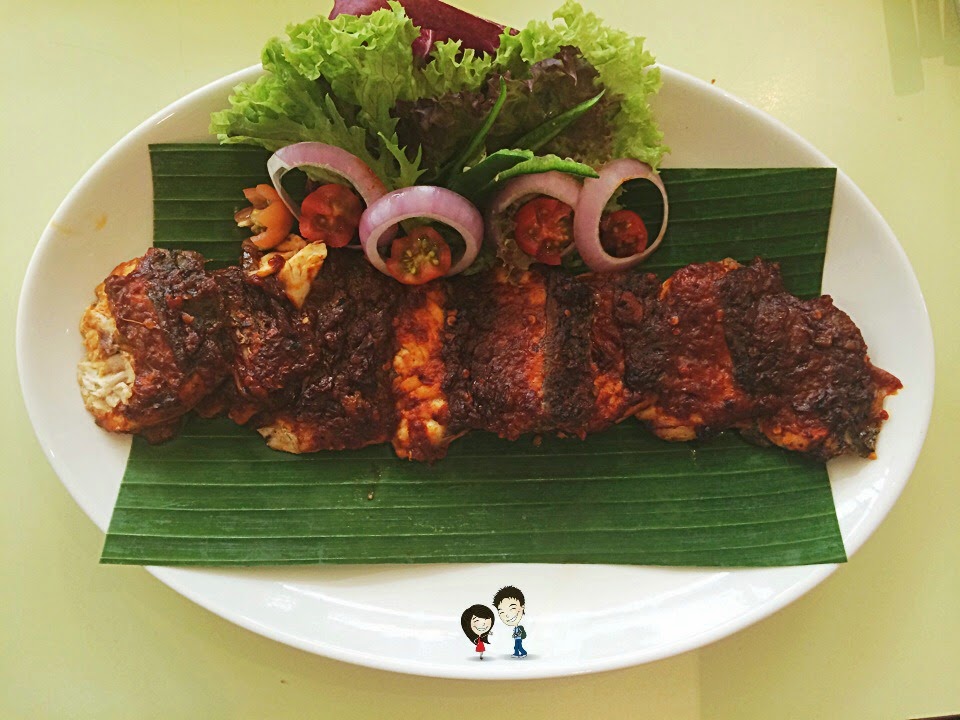 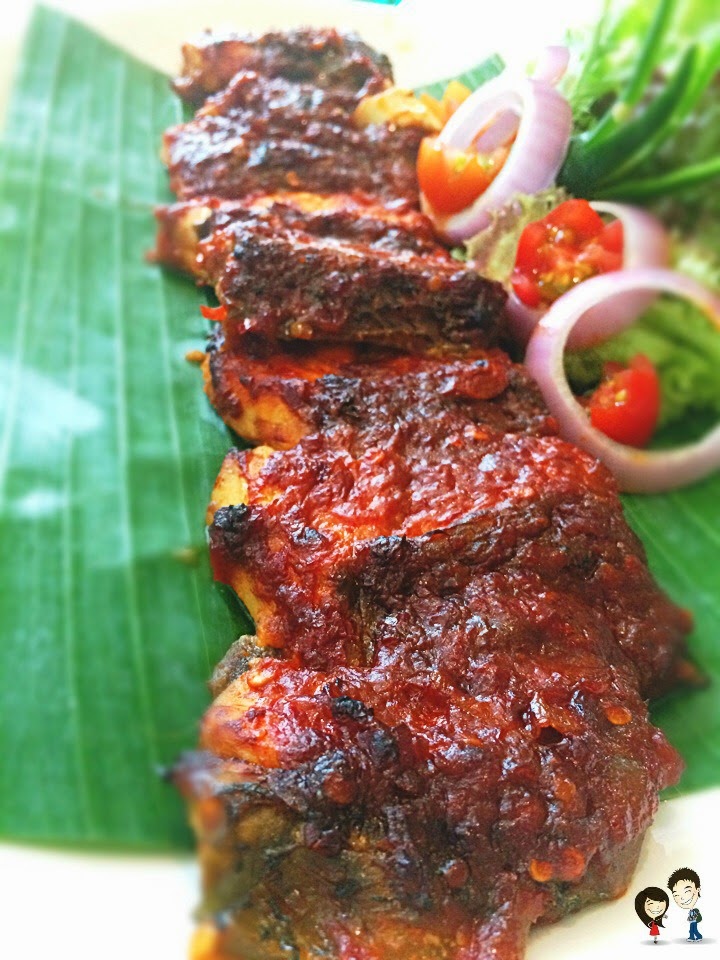 He says: Yums.. its little bit salty and a little bit spicy. Love it. Could be better if there is more of the sauce though.
She says: Quite a yummy kan panggang dish. What I love about this is the sambal. Spicy and got the oomph! 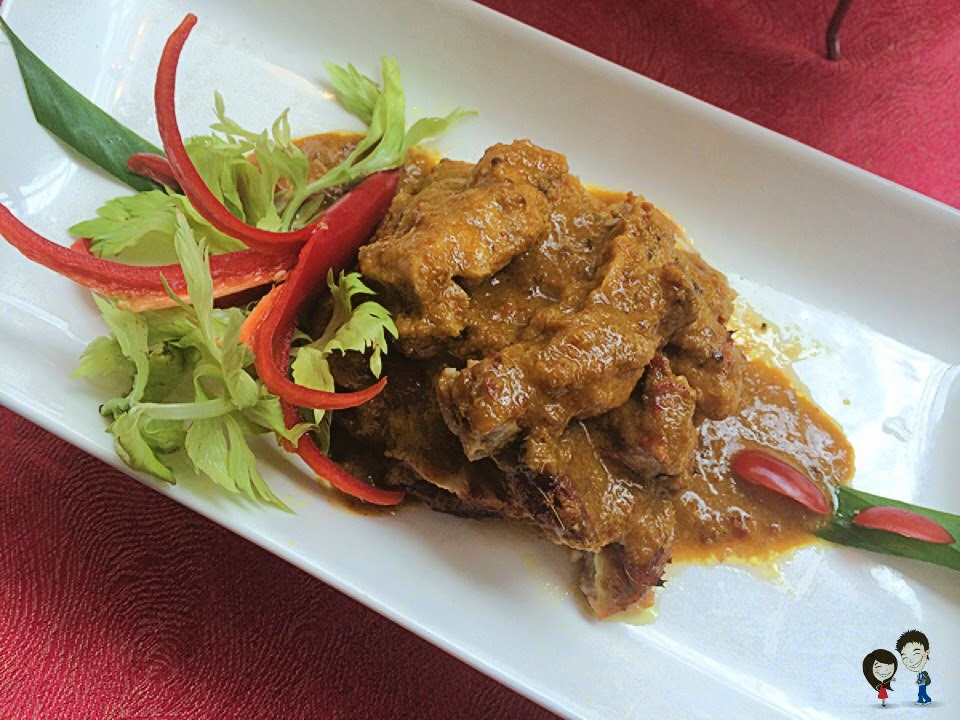 He says: Nicely done. The chicken is soft and tender. The colour of the kunyit makes it even more tempting!
She says: The sauce is so nice my spoon kept going back for more. It's so delicious. The spices and herbs used in this dish is superb combo! It's really good! 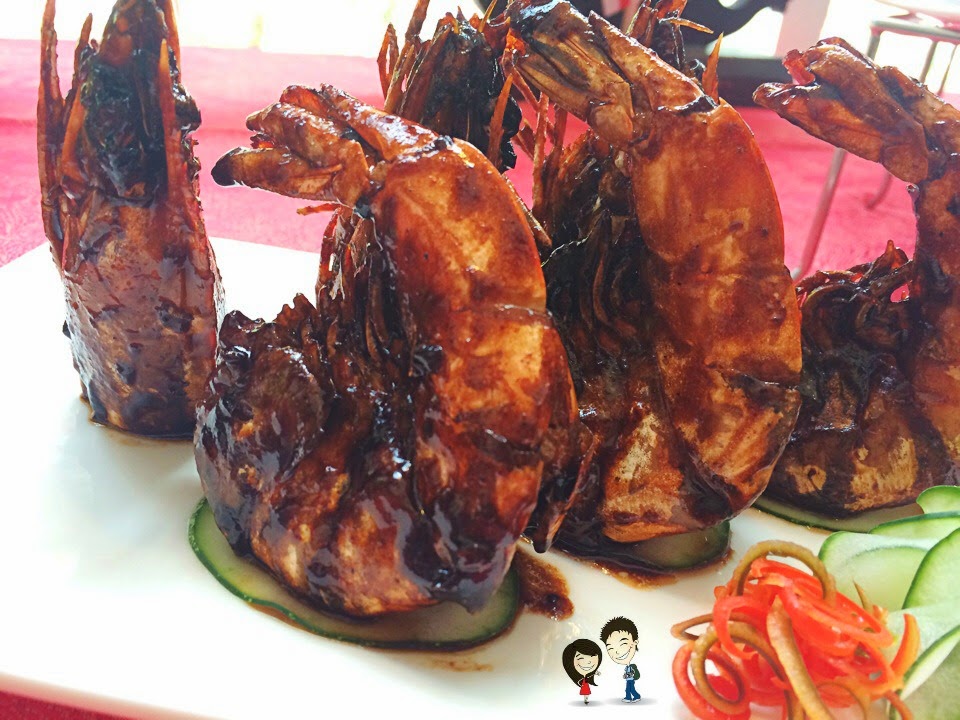 He says: HAH! Pretty good but I would prefer my mama's! =p Anyhow, asam prawns can hardly go wrong!
She says: A bit too sour for my style. 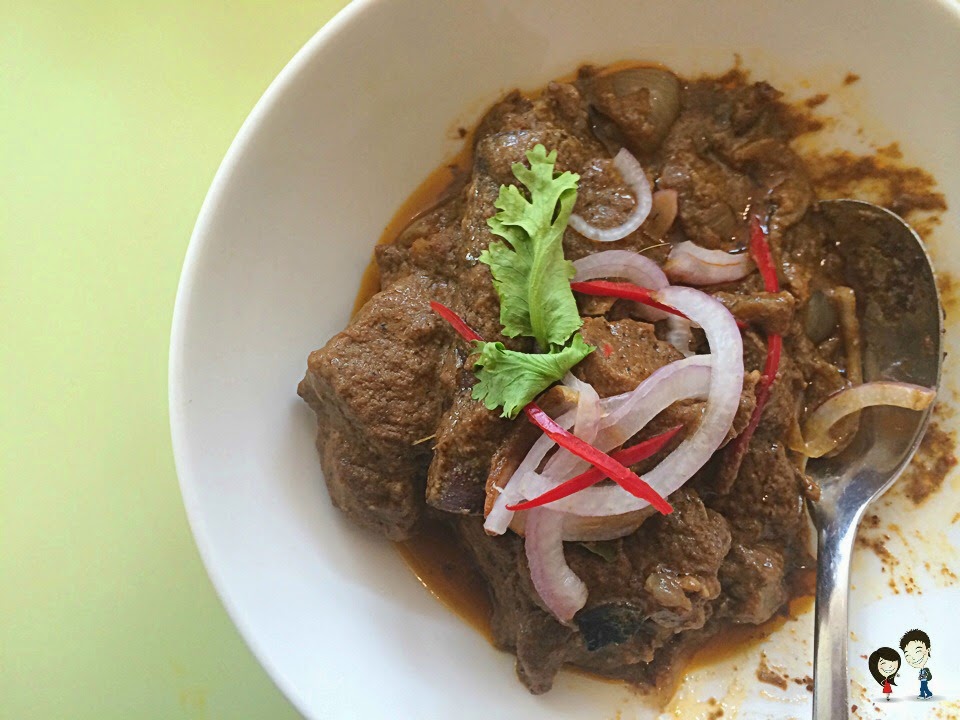 He says: Tu dia! Da BOMB. One of my favourite =D
She says: As you can see, we dug in immediately when the dish reaches the table. Then only, take photo hence the messy part on the right. Softest kambing masala I've ever tasted. SOFTEST!

Tempe Masak Sambal
Tempe is traditional soy product originally from Indonesia. It is made by a natural culturing and controlled fermentation process that binds soybeans into a cake form, similar to a very firm vegetarian burger patty (taken from Google, hehe) 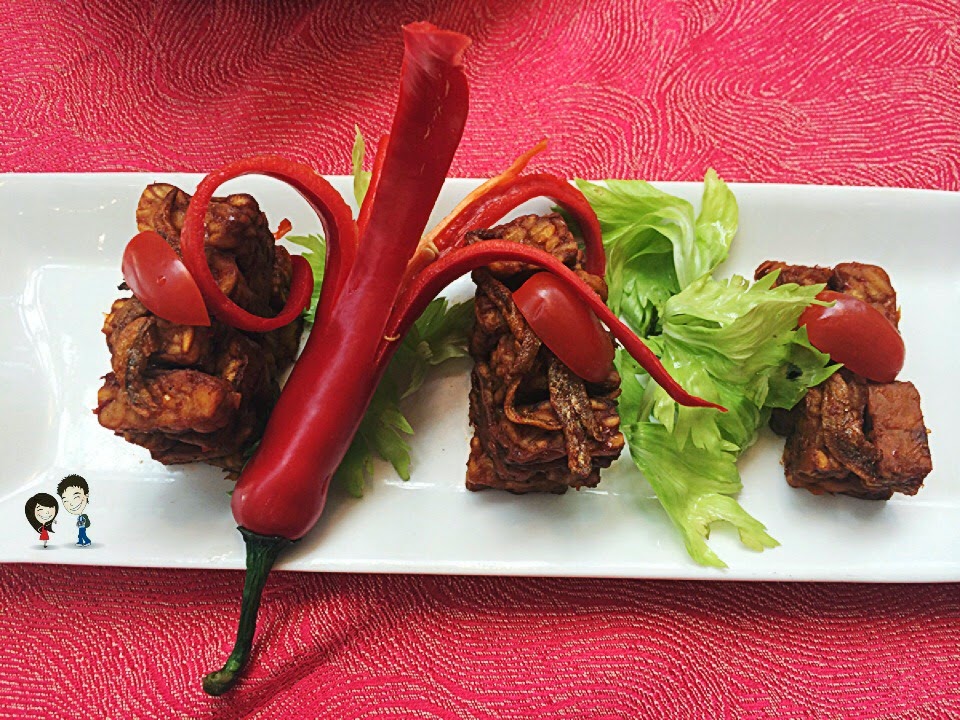 He says: Honestly, usually eat this together with vegetables! So, I dont really know how to eat this alone. It is CRISPY??
She says: This one got taste ah? Hahaha! I think it's okaylah. My first time having tempe. 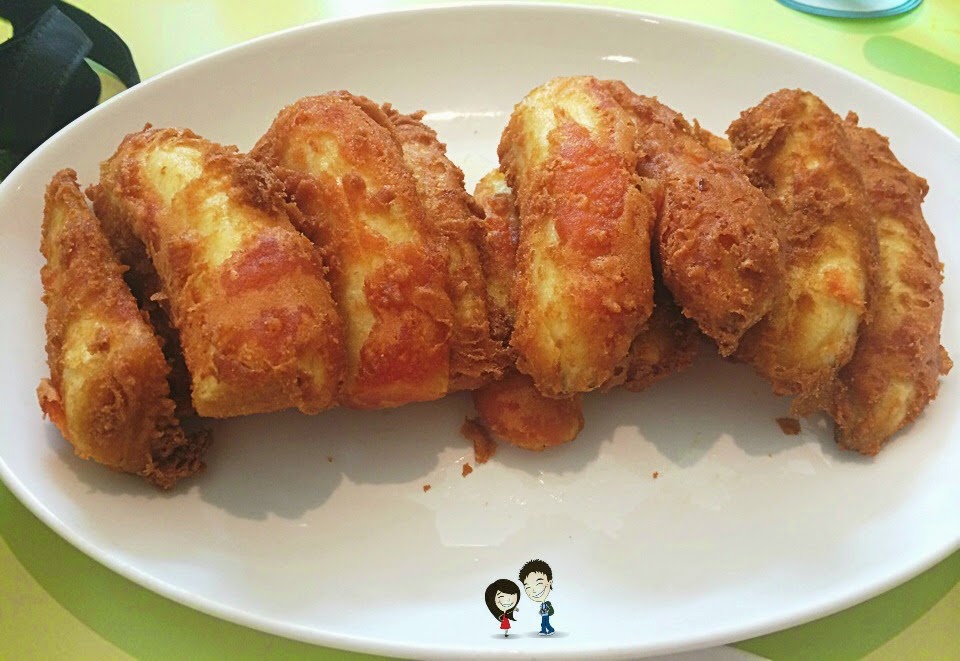 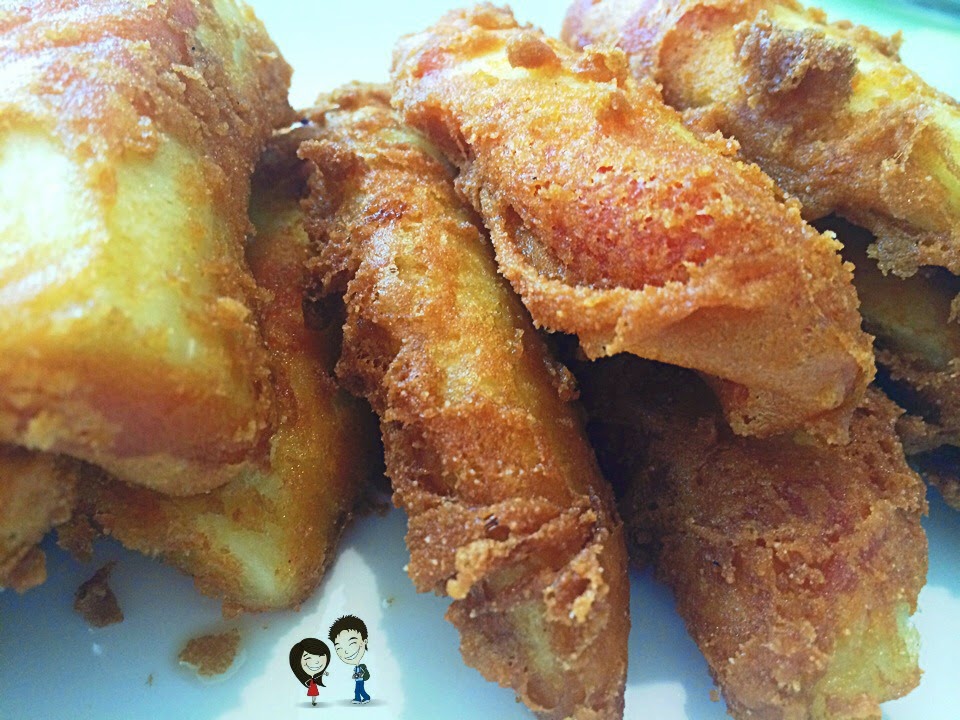 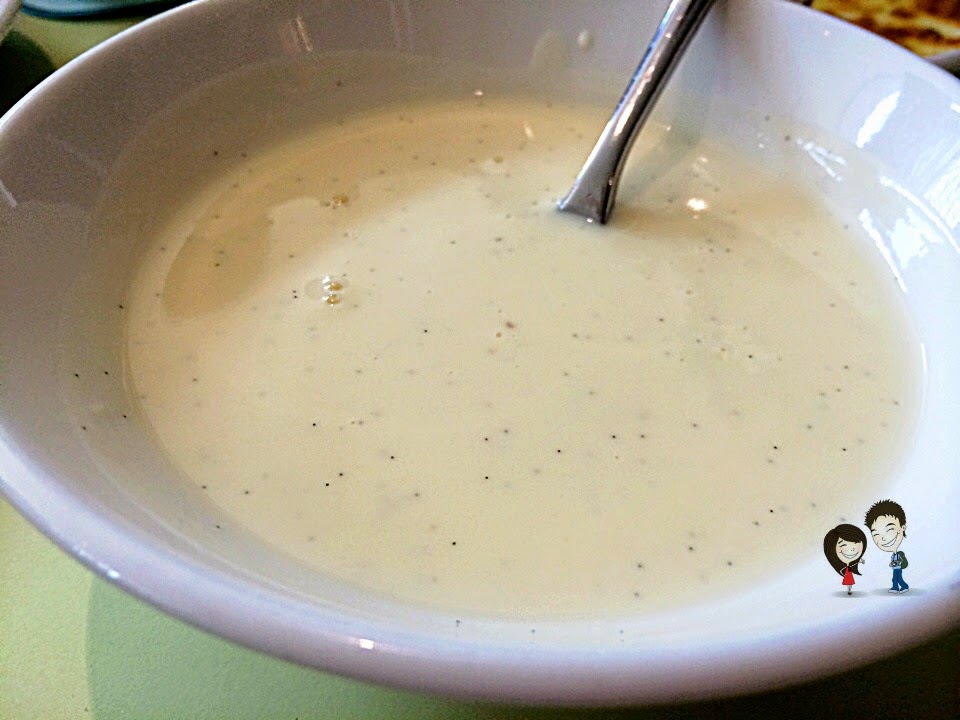 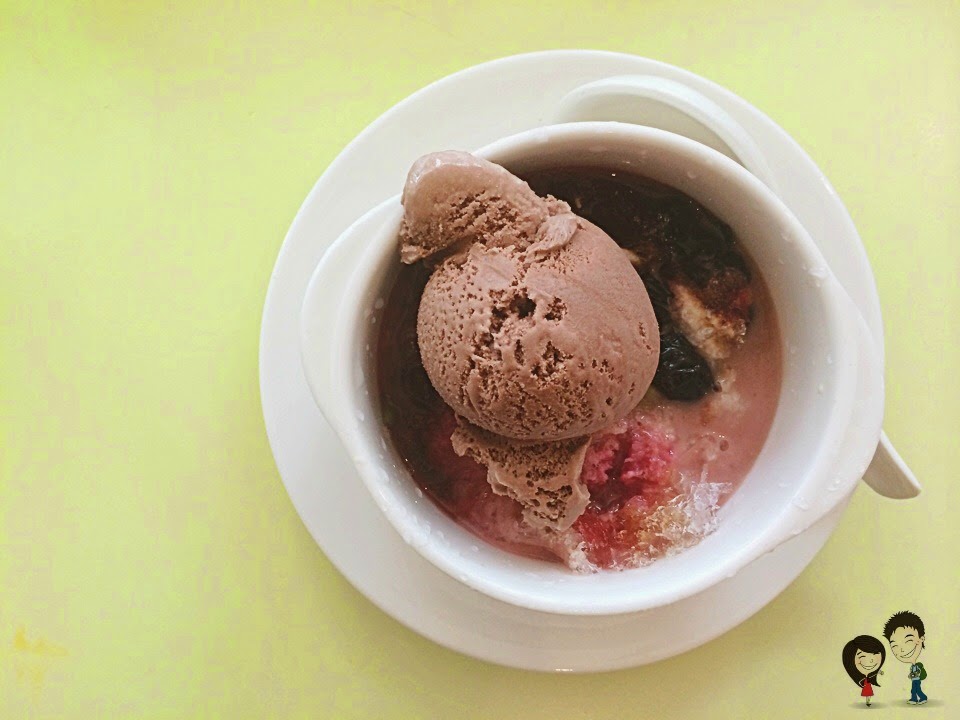 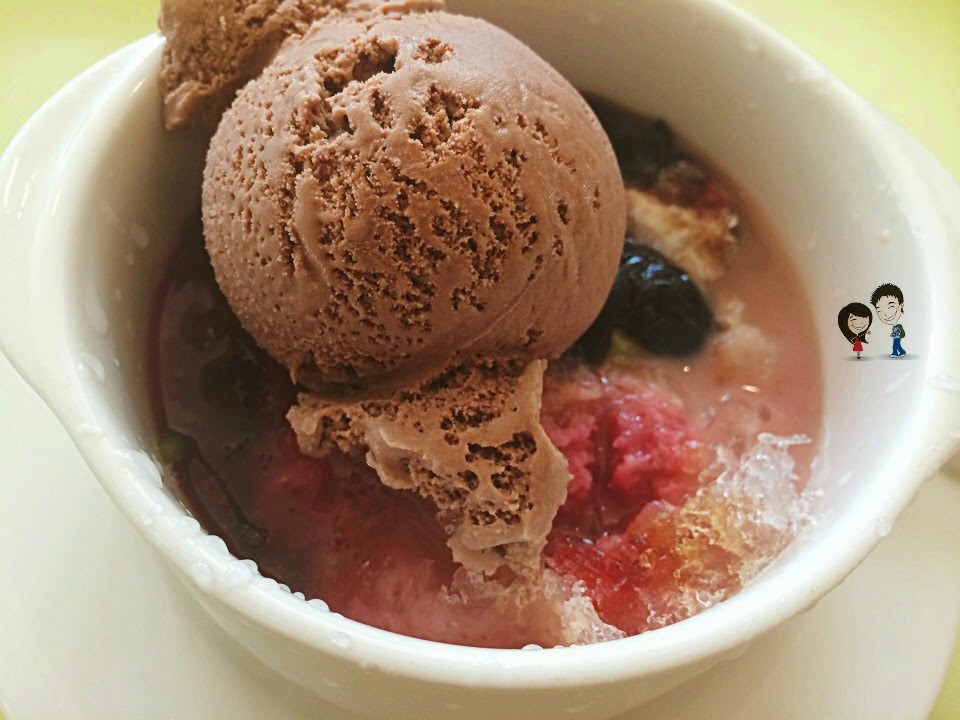 He says: Haha normal ice kacang I would say. Super a lot of ingredients inside! Ice could be finer though.
She says: Didn't know chocolate ice cream would compliment the ice kacang so well. Kudos! 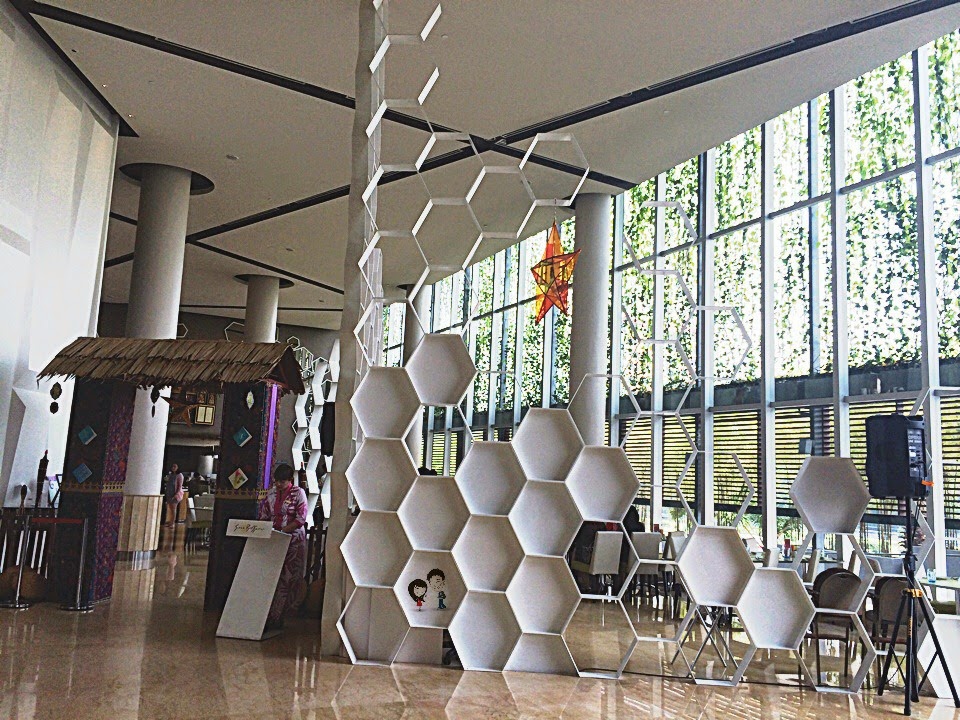 There's a special promotion coming up in August? Mmhmm..

Need to know more? Got questions to ask? Don't be shy. Just call Swez Brasserie, Eastin Hotel Penang at 04-612 1128 or you can always check out  their website :)
Posted by WhatTwoEatHere at 10:38 am
Email ThisBlogThis!Share to TwitterShare to FacebookShare to Pinterest