It's always an extra point/bonus that both our office is just walking distance from each other. Anyday, we would just call each other up and have lunch together.

We walked into this place which is on the same street she's working at and didn't know what to expect. They previously was another Thai Restaurant but changed to this one, Songkhla Kitchen.

We walked in and there were nobody there. Not one single customer. So, we just sat down and asked if they serve set lunch and stuff. So, from a dish that we choose, we just have to add RM3 to get a drink and a dessert.

The cheapest dish that we could choose for the "set lunch" was RM8. RM8 for just a plain rice with a side dish. Hmmm... 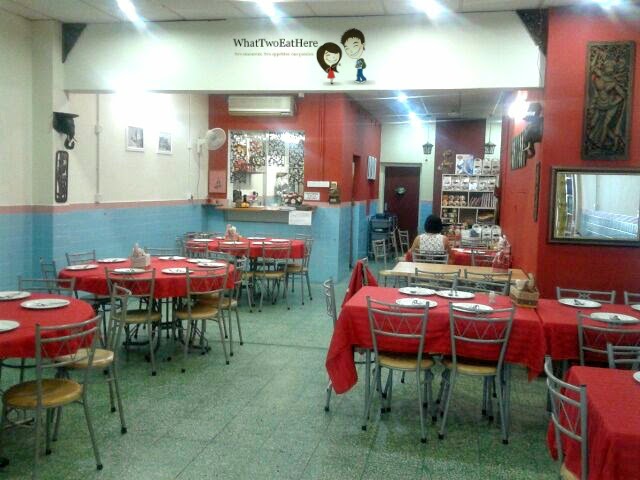 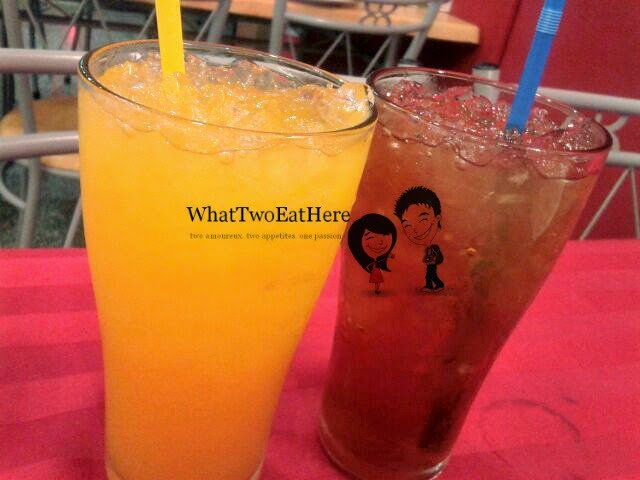 He says: Not the real juice, its the one made using syrup.
She says: Bleh.

The appetizer with NO surcharge. 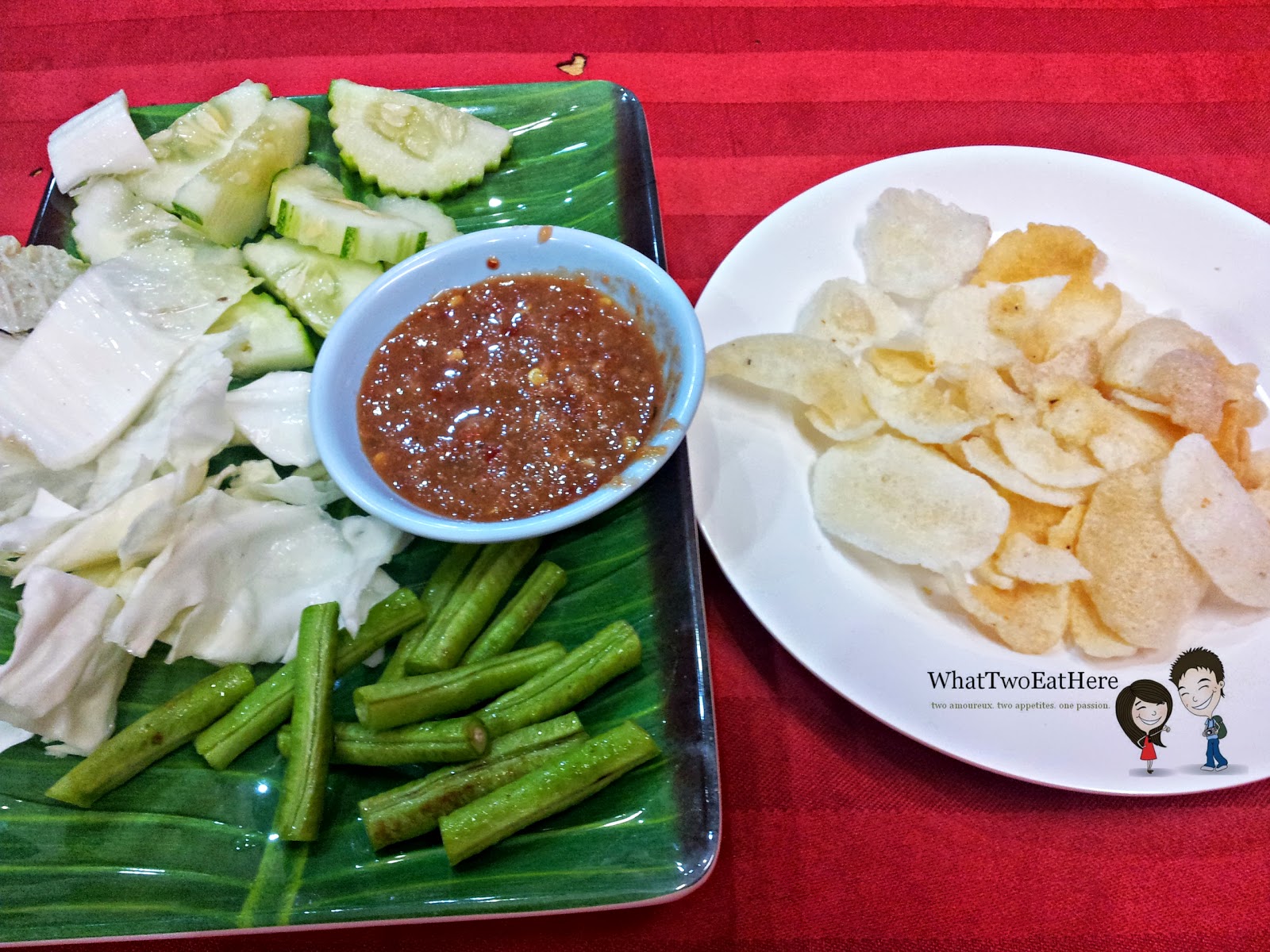 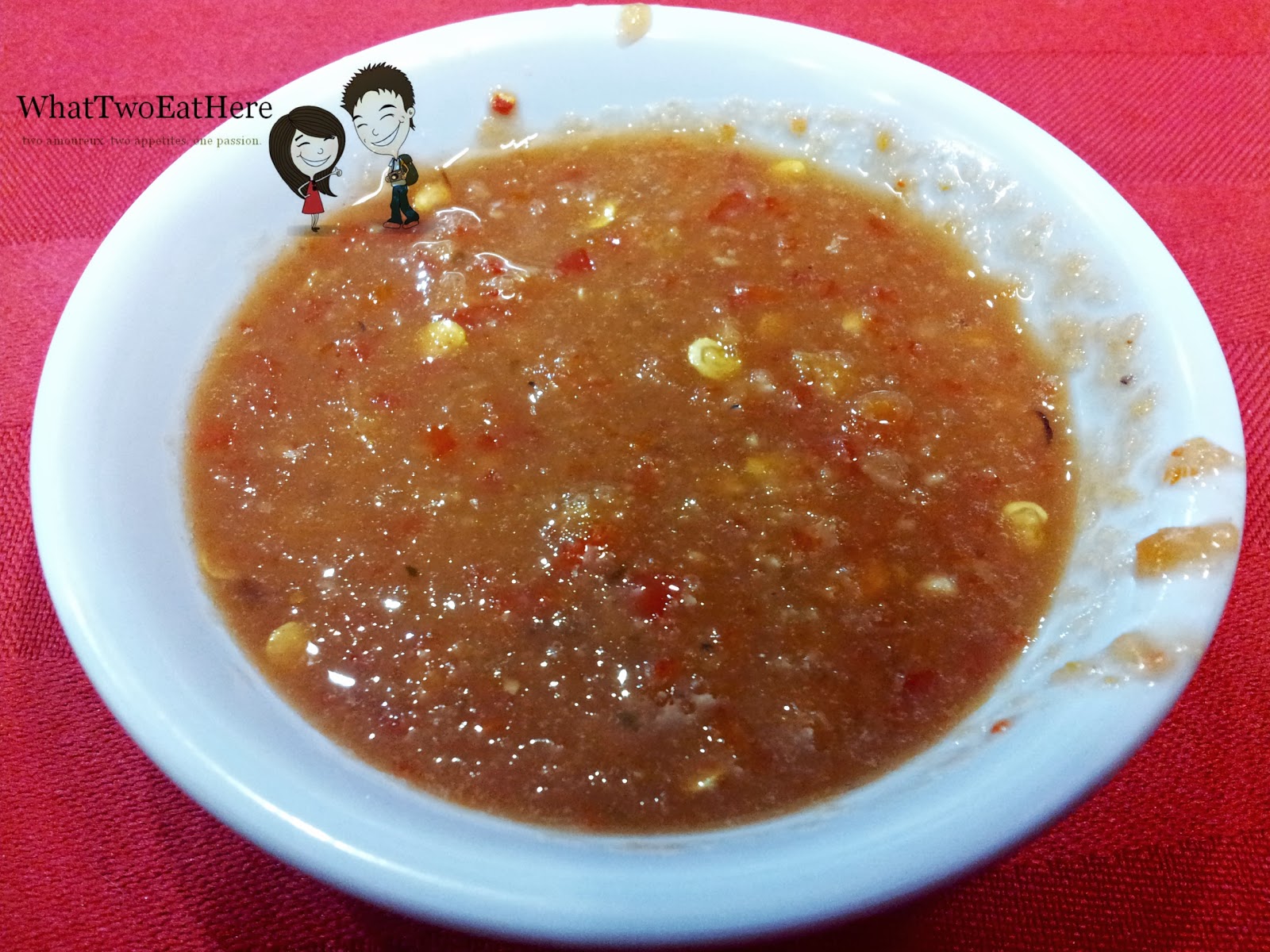 He says: This sambal is NICE. haha. because there is no bad smell to it.
She says: I DON'T like the sambal, because no belacan smell ehh. Belacan is the bomb la. Haha. 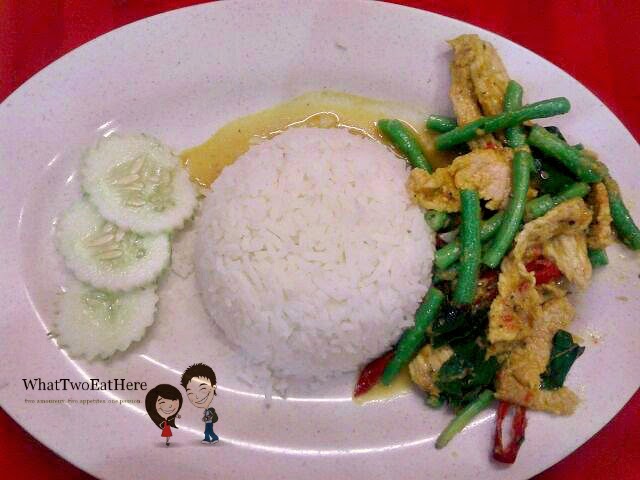 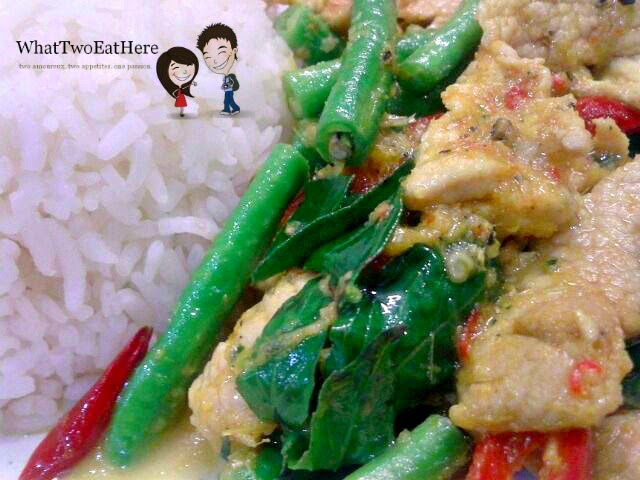 He says: Hmm.. The portion is quite big but they could add more taste to it..
She says: It's quite bad. I think if I have and I know the ingredients, I probably can cook up a better dish. 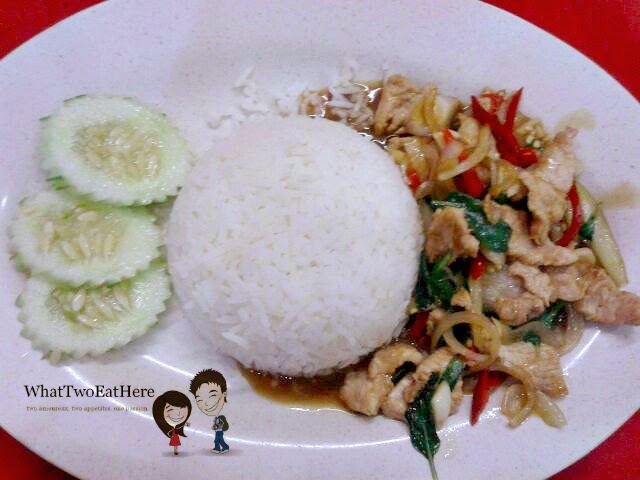 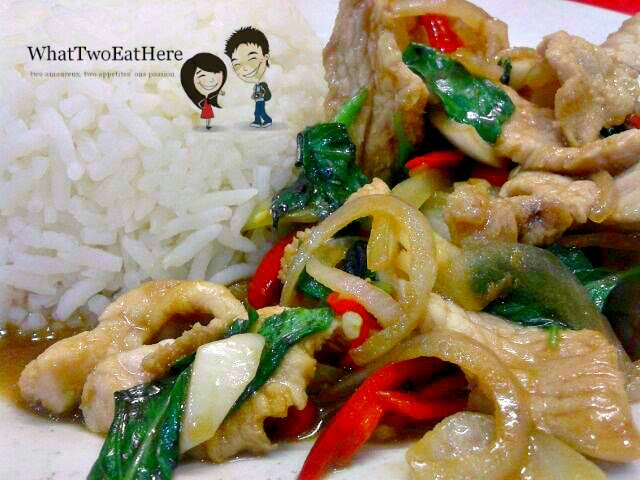 He says: Its just okay..  Not enough spice to it.
She says: Not enough taste of the basil leaves. Not nice.


Songkhla Kitchen at Abu Siti Lane, Penang
Location: Abu Siti Lane (had to google this photo as we forgot to take it when we were there.. Hah) 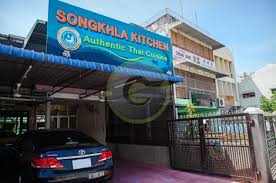 Ratings:
His rating: 3/10
Her rating: 1/10
Posted by WhatTwoEatHere at 2:30 pm
Email ThisBlogThis!Share to TwitterShare to FacebookShare to Pinterest