She saw this deal (AGAIN!) on Groupon and immediately bought it as she really wanted to try those mentioned in the set menu. RM88 for 2pax. That's like 44% discount of its original price. Actually, we will never order so much in a Japanese Restaurant and to total up to that amount! Imagine with that money, we could have better meals by the roadside. But again, cannot compare la since this is Japanese food whatt. Our favorite Japanese restaurant will still be Yuzu. Sadly, they don't have one in Penang. Oh well...

Do enjoy our photos as you can notice that we have included our name/brand into each photos. She discovered PicMonkey and she had fun editing pictures because it's very user friendly. Sort of. So yeah, enjoy reading us! :)

Front entrance of the Japanese Restaurant. 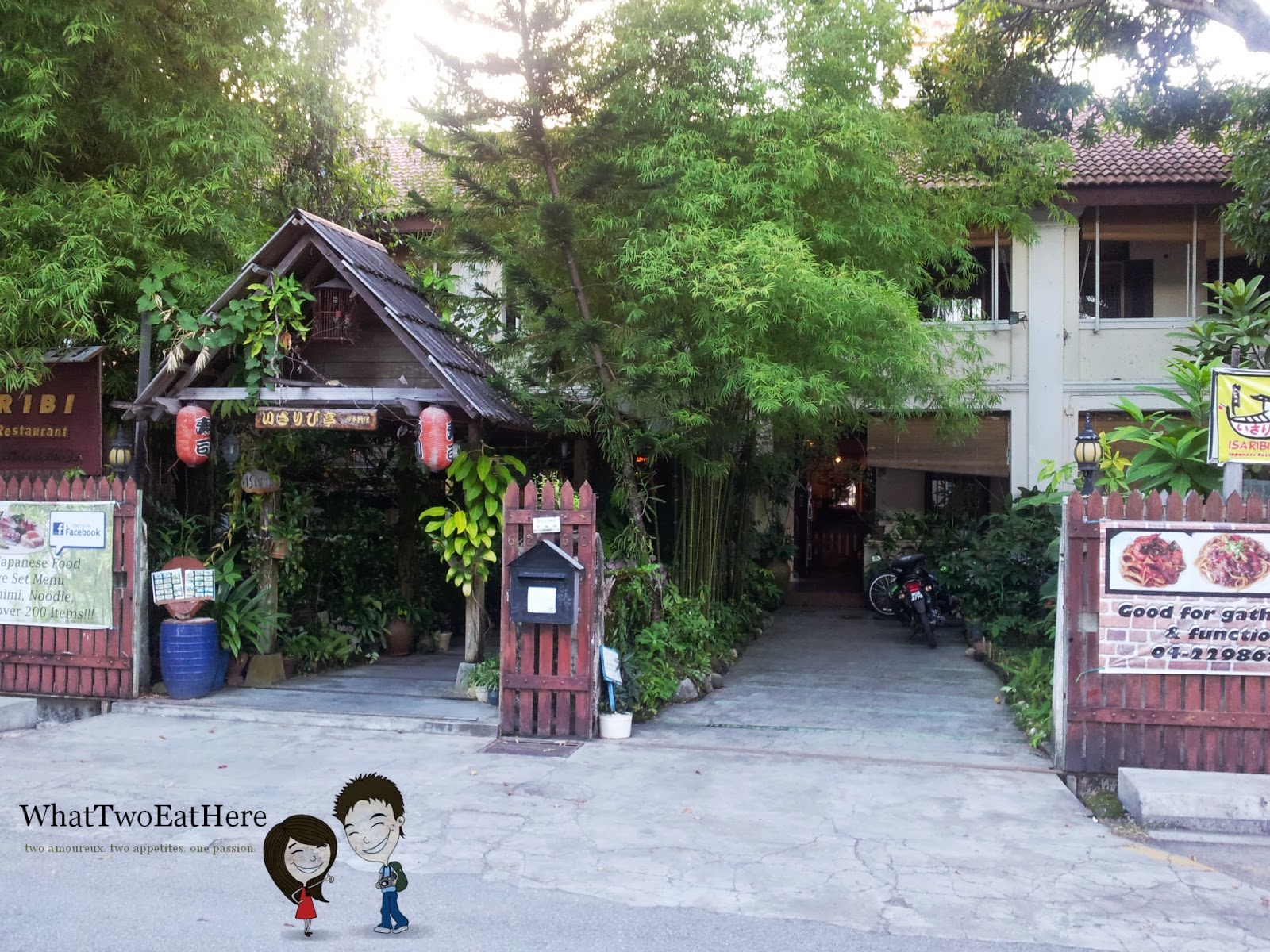 The very green-themed-garden-like walkway to the restaurant. 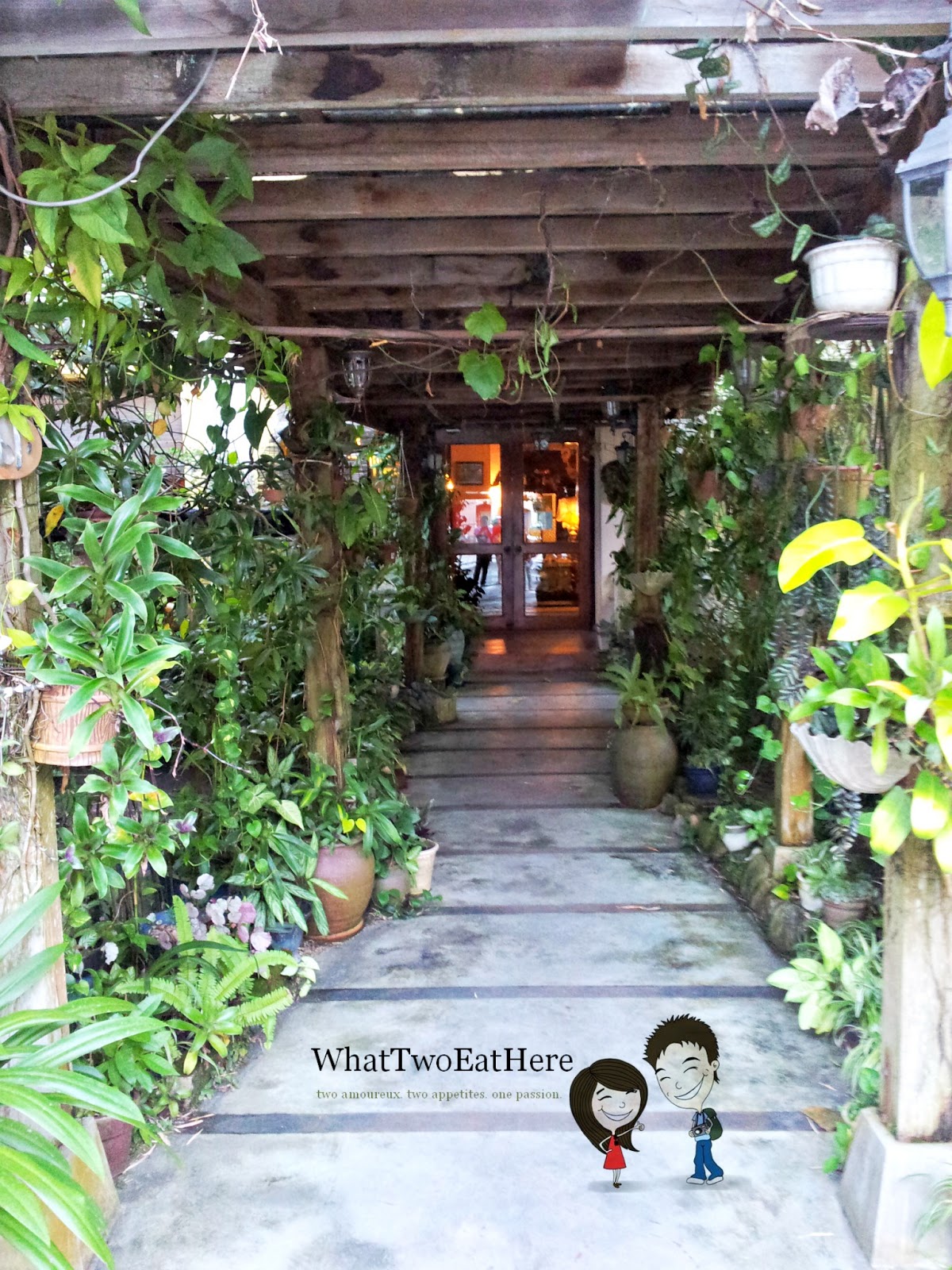 Inside of the restaurant. 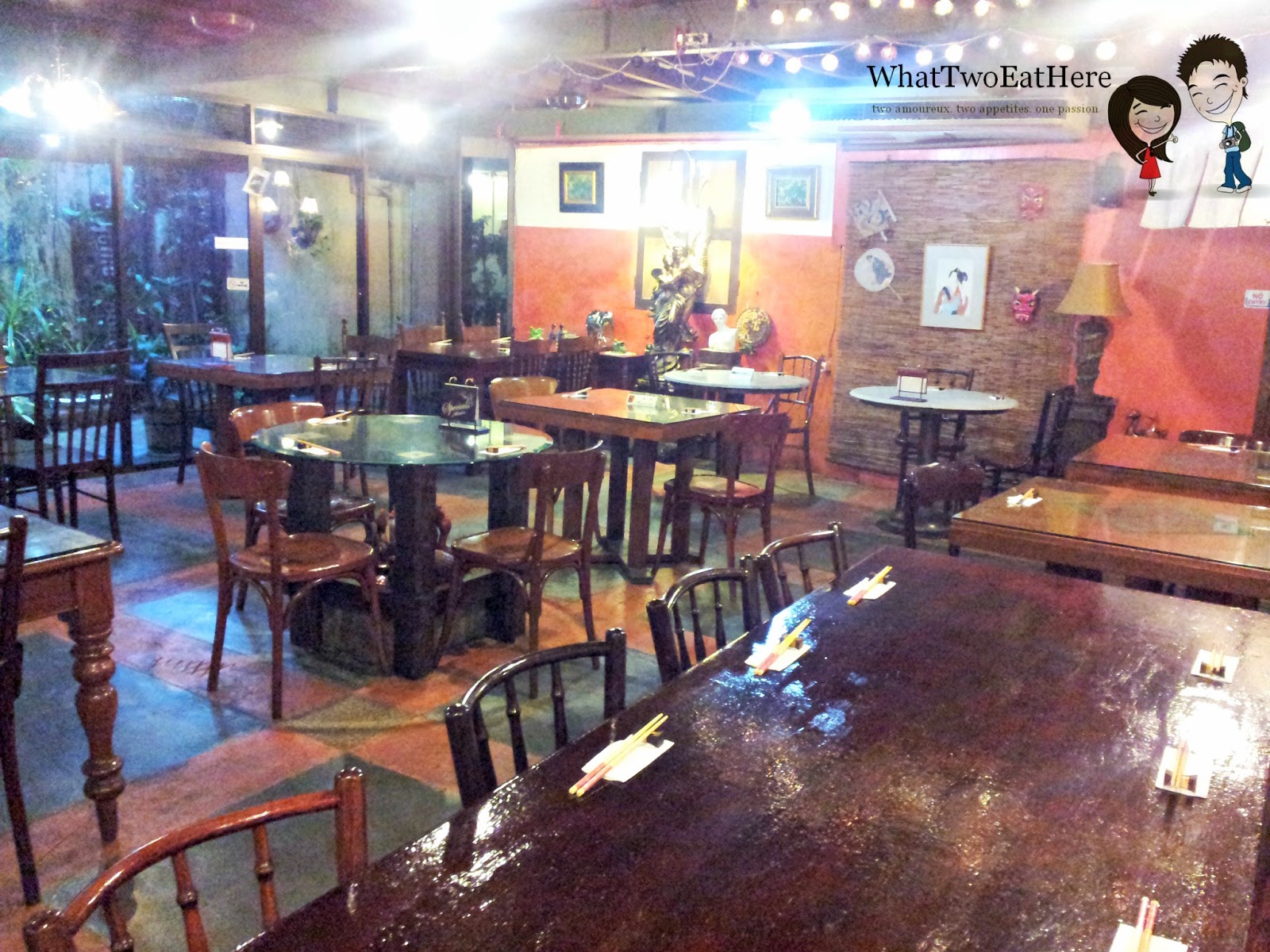 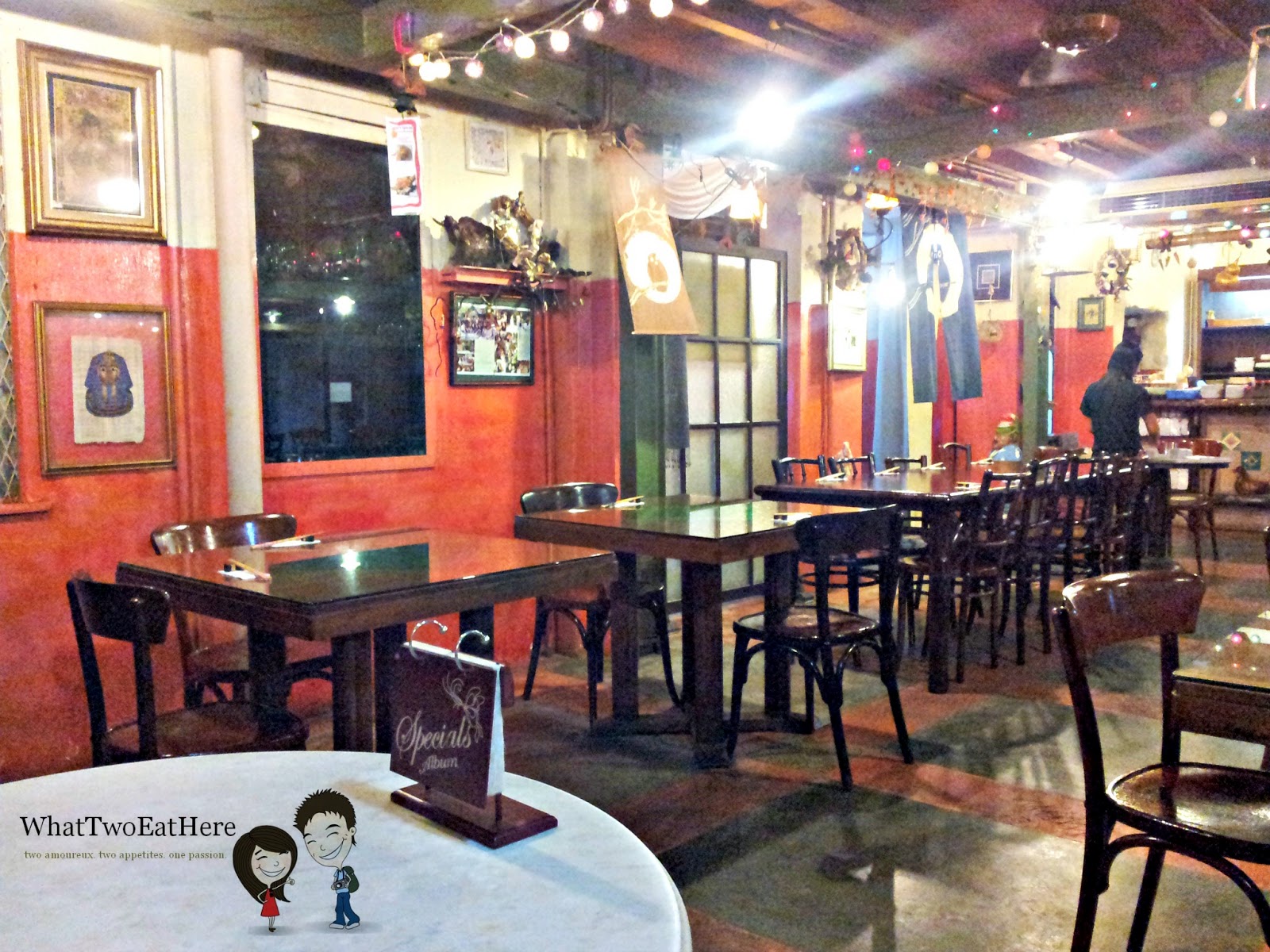 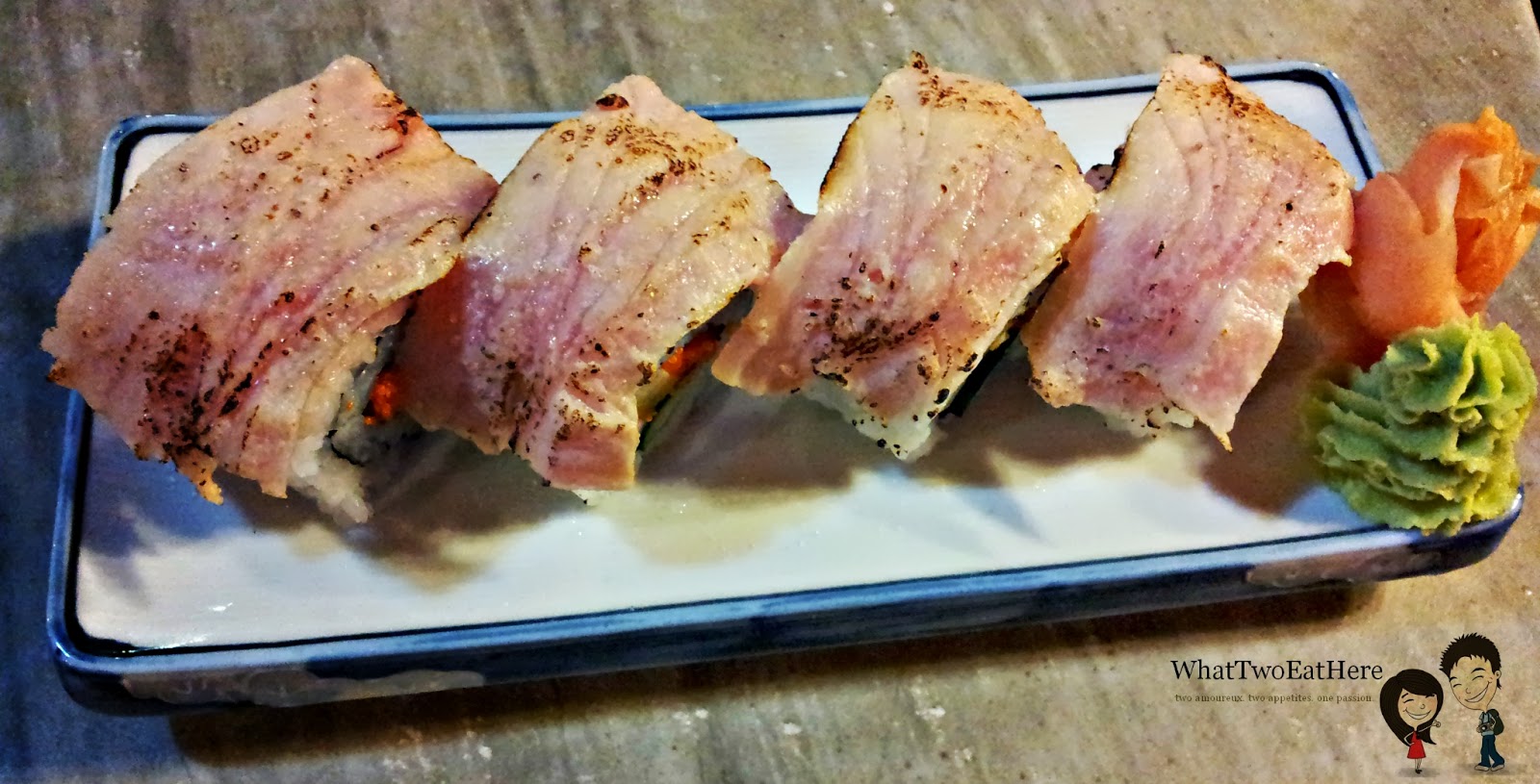 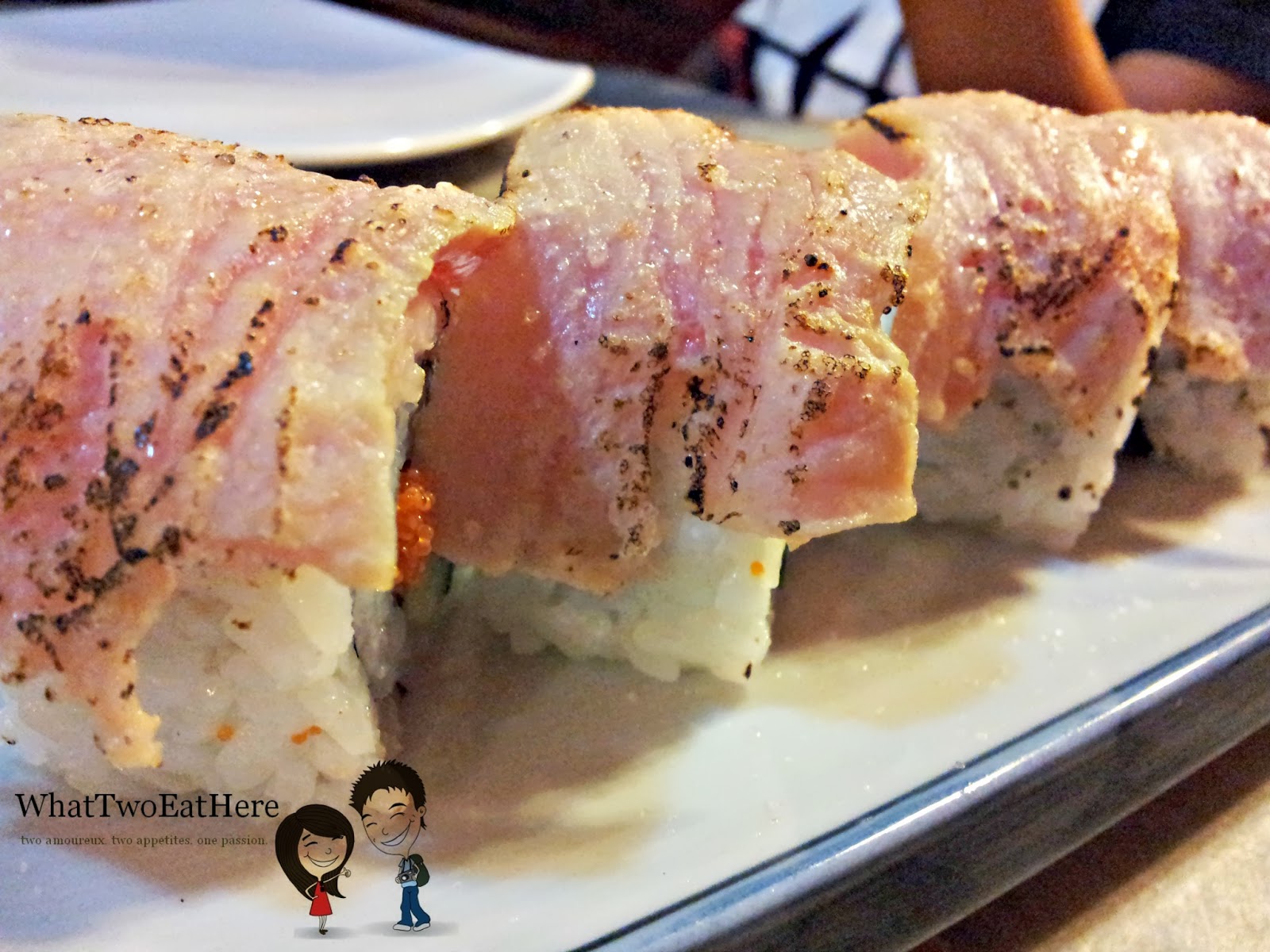 He says: Grilled perfectly.. The sticky rice is a bit dry though..
She says: Very unique taste! I didn't even know that this is tuna! Yummy. Love this one. 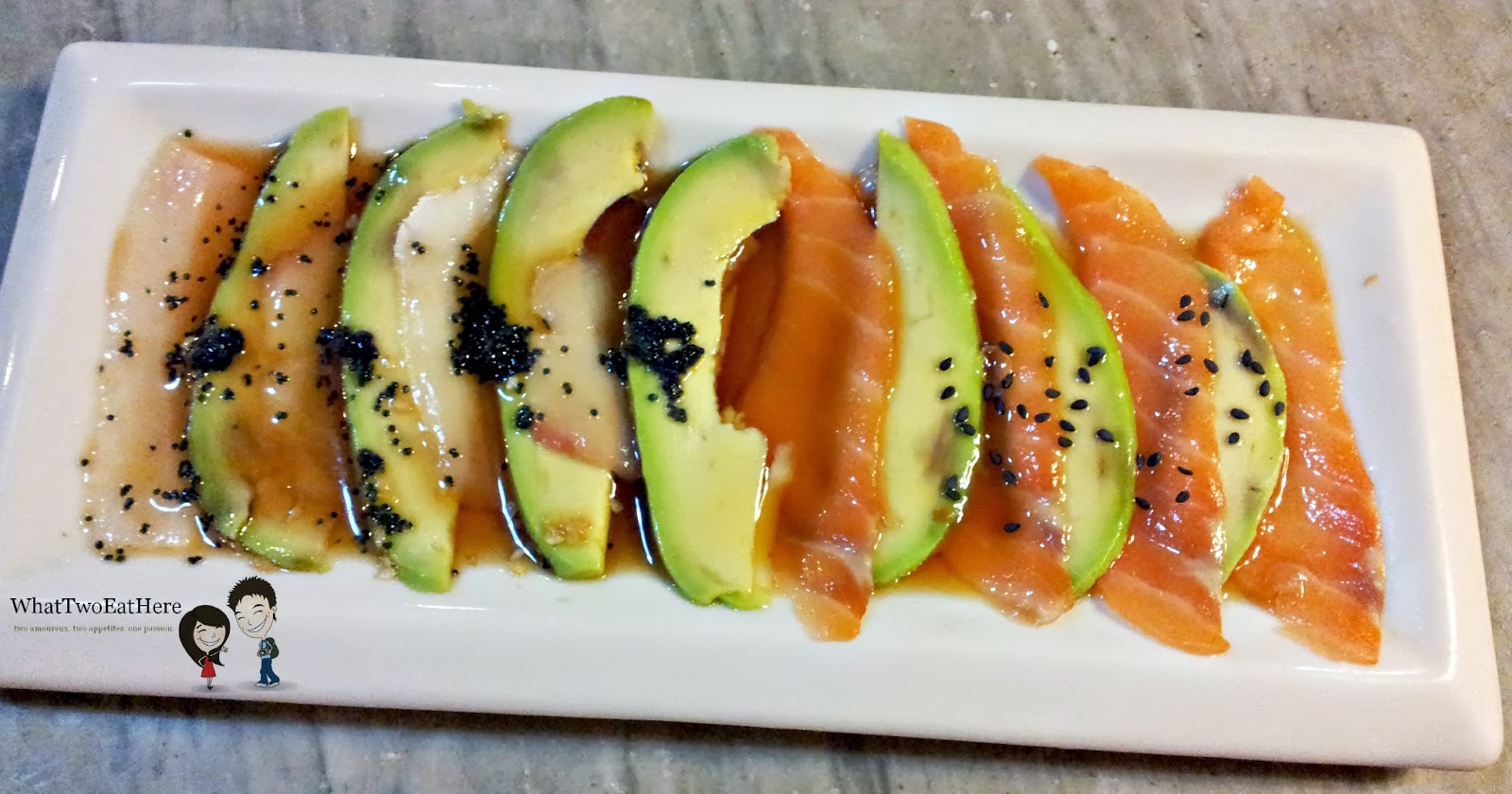 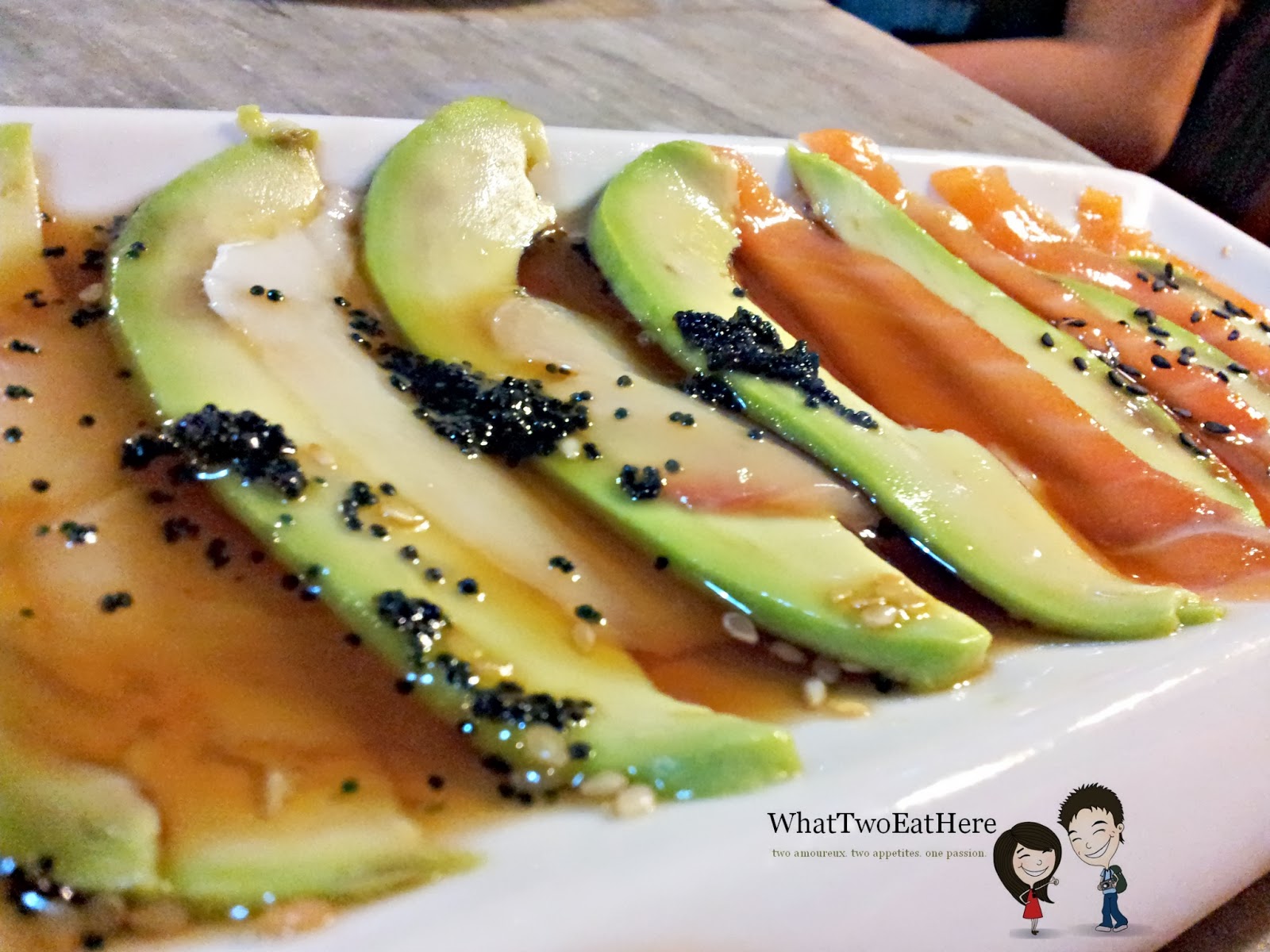 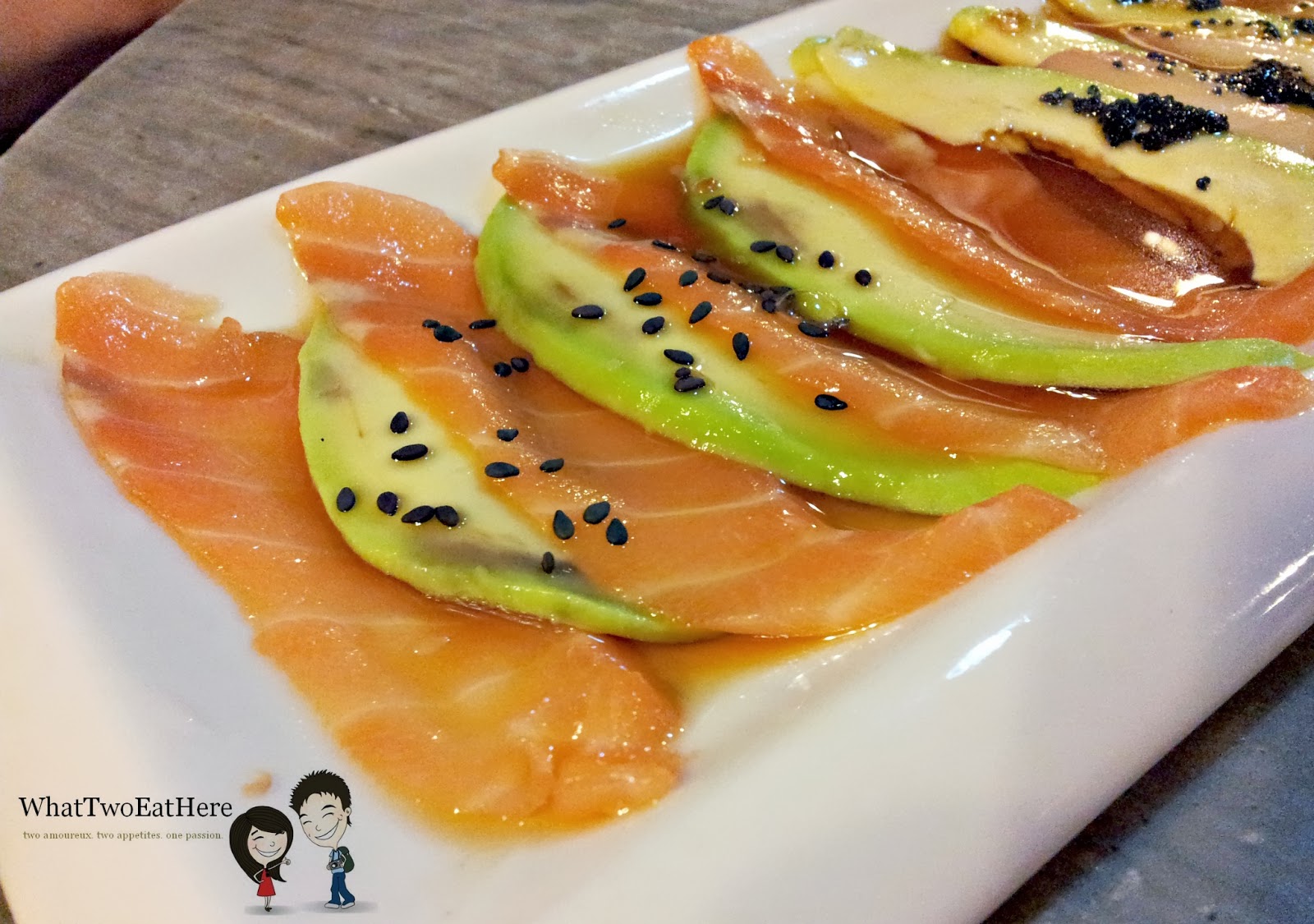 He says: The best! what a combo right there! People go try this one.. =)
She says: Pretty colors right? The salmon and avocado is perfecto! It's very yummy! The avocado makes it so creamy and just compliments the raw fish. And it's so fresh! OH SO FRESH! Love this dish to the max! 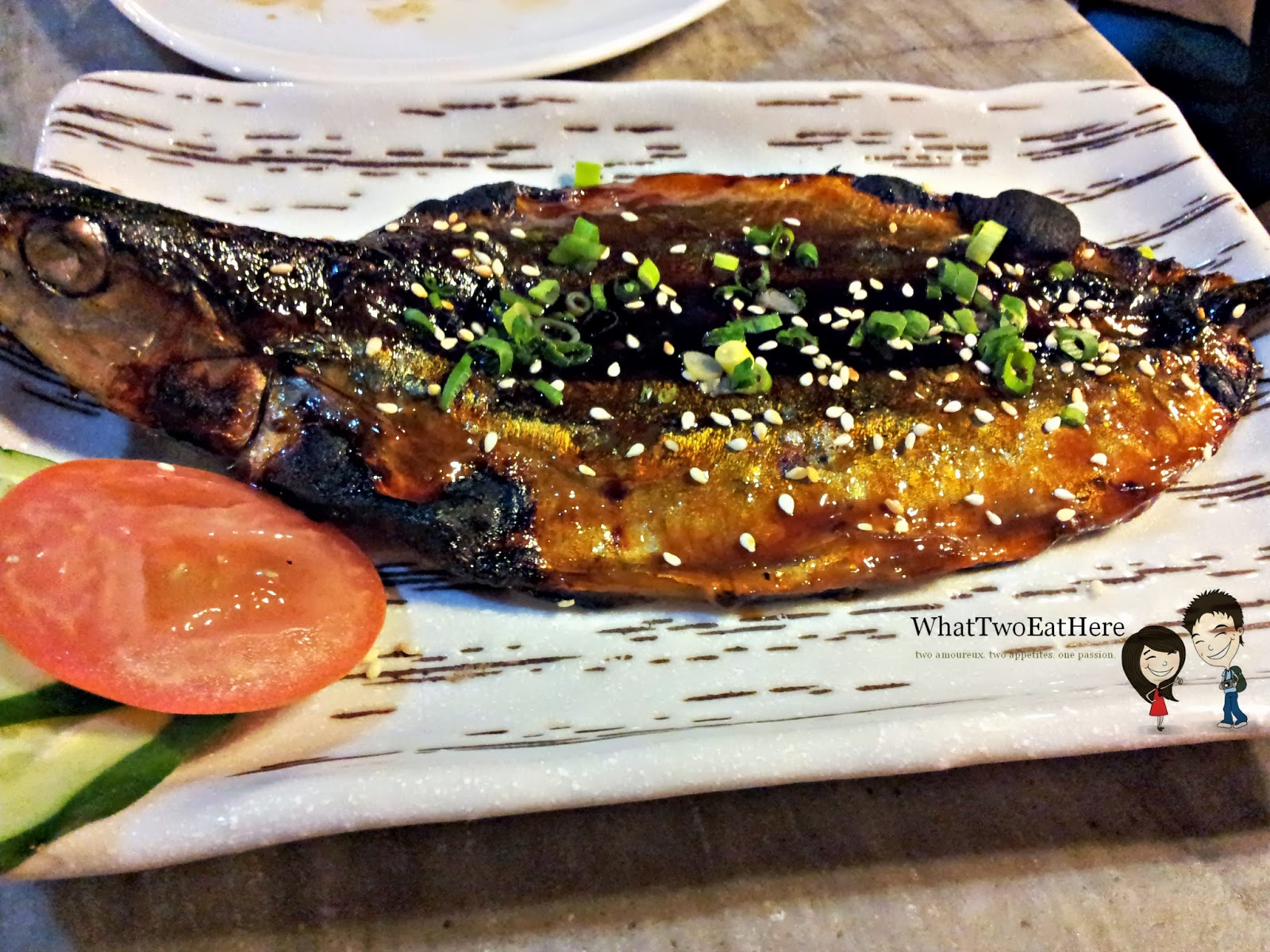 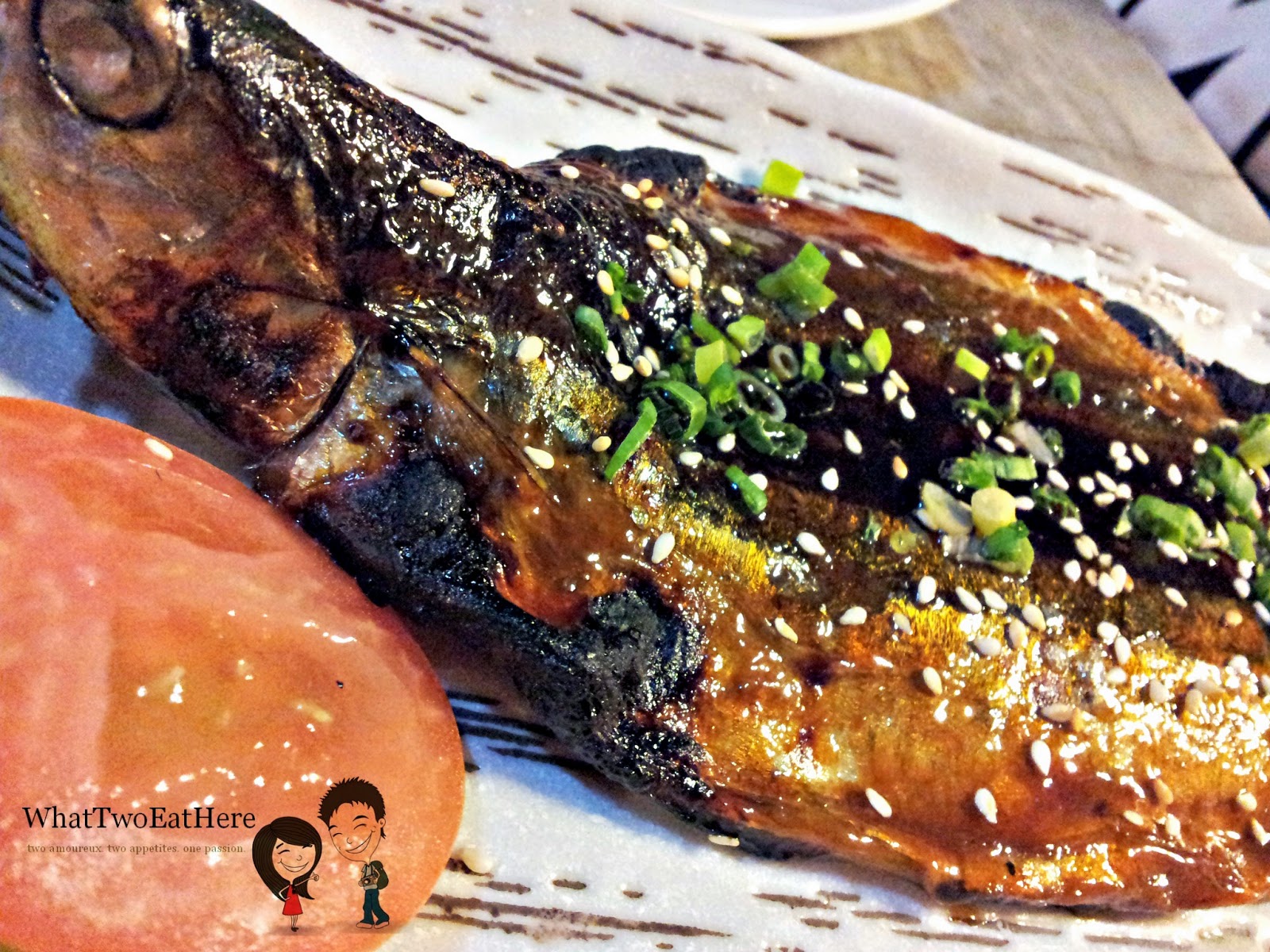 He says:  Probably my first time eating Sanma fish. Smells like... fish oil? probably because of the rich fish oil inside this fish! Haha. 2 thumbs up! After eating this, I burped and it smells really fishy!
She says: I don't and never will like this kind of long fish. I don't know how to explain it. But the way they grill this goodness is heavenly! The sweet kind of sauce they used is finger licking good good! Sweet and tasty! :)

King Prawn Thermidor (RM40.00)
King prawn stuffed with cheese and cream and served au gratin style
(au gratin refers to a dish that is baked with a topping of seasoned breadcrumbs and cheese) 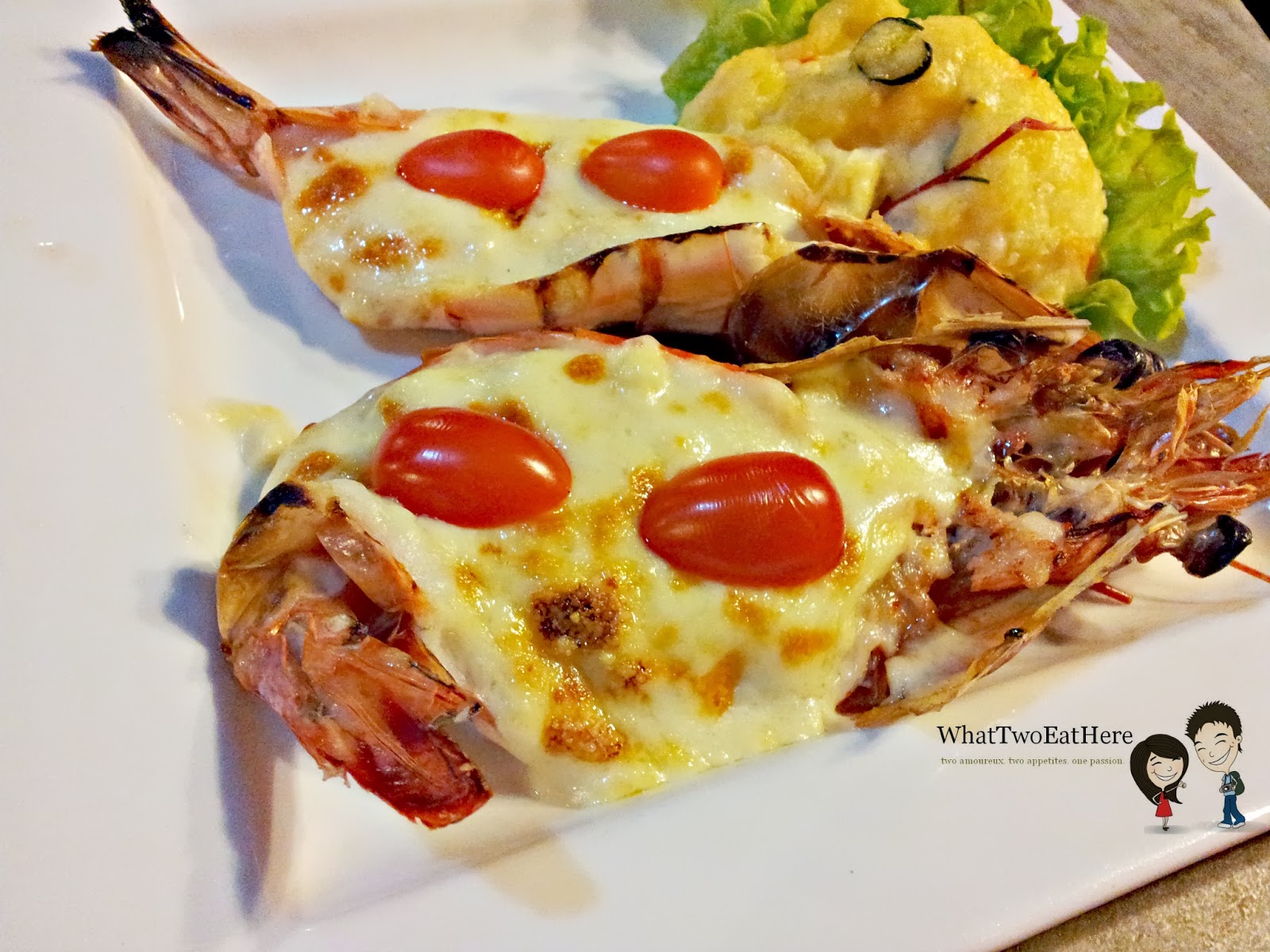 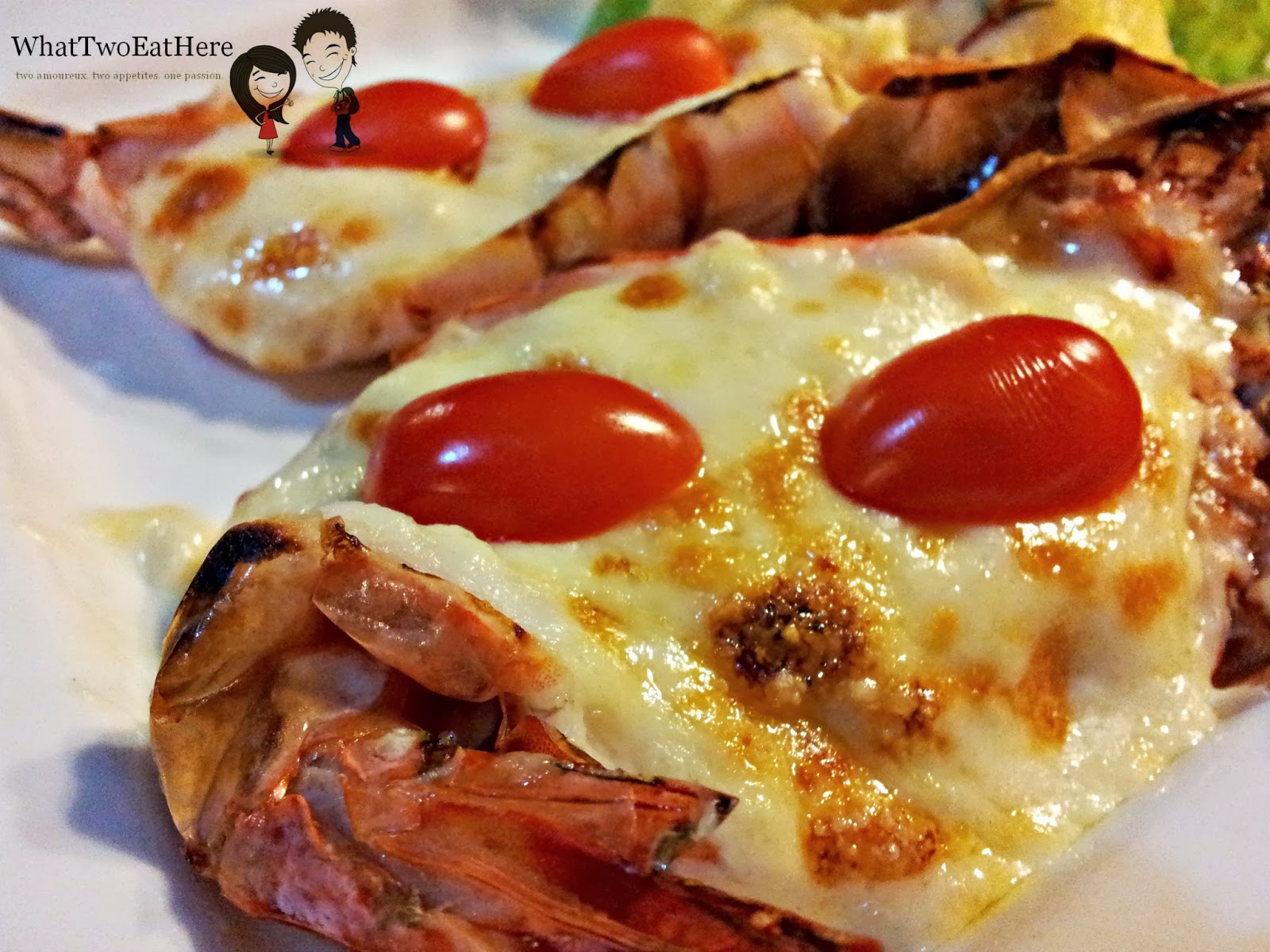 He says: Look at that! Just imagine the cheese and prawn all over your mouth! fuuulah!
She says: Prawn is fresh. The cheese is very chewy which is such a lovely thing. And the sauce that accompanies the baked prawn is very nice. Quite creamy and delicious. Thumbs up for this one! :) 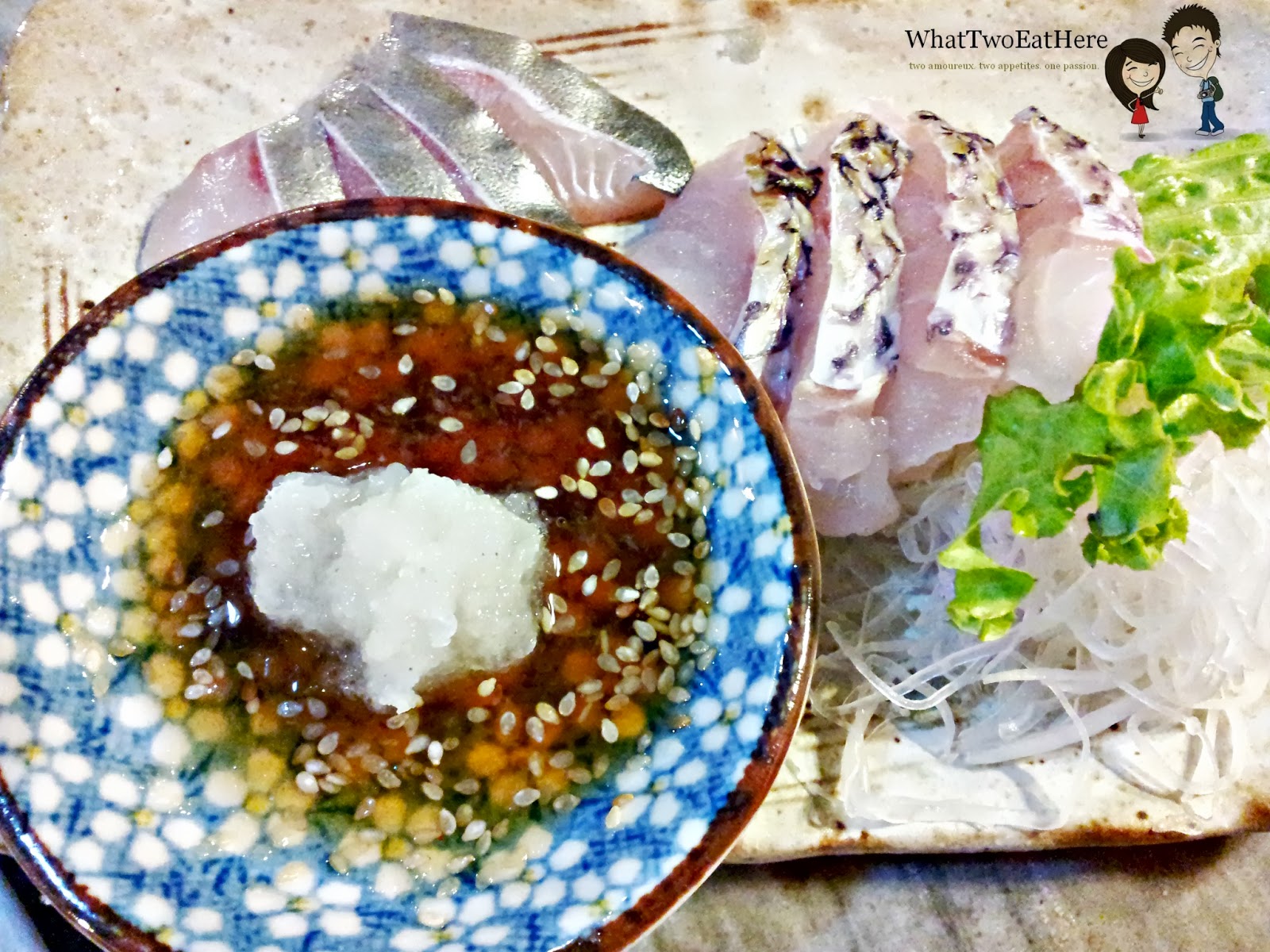 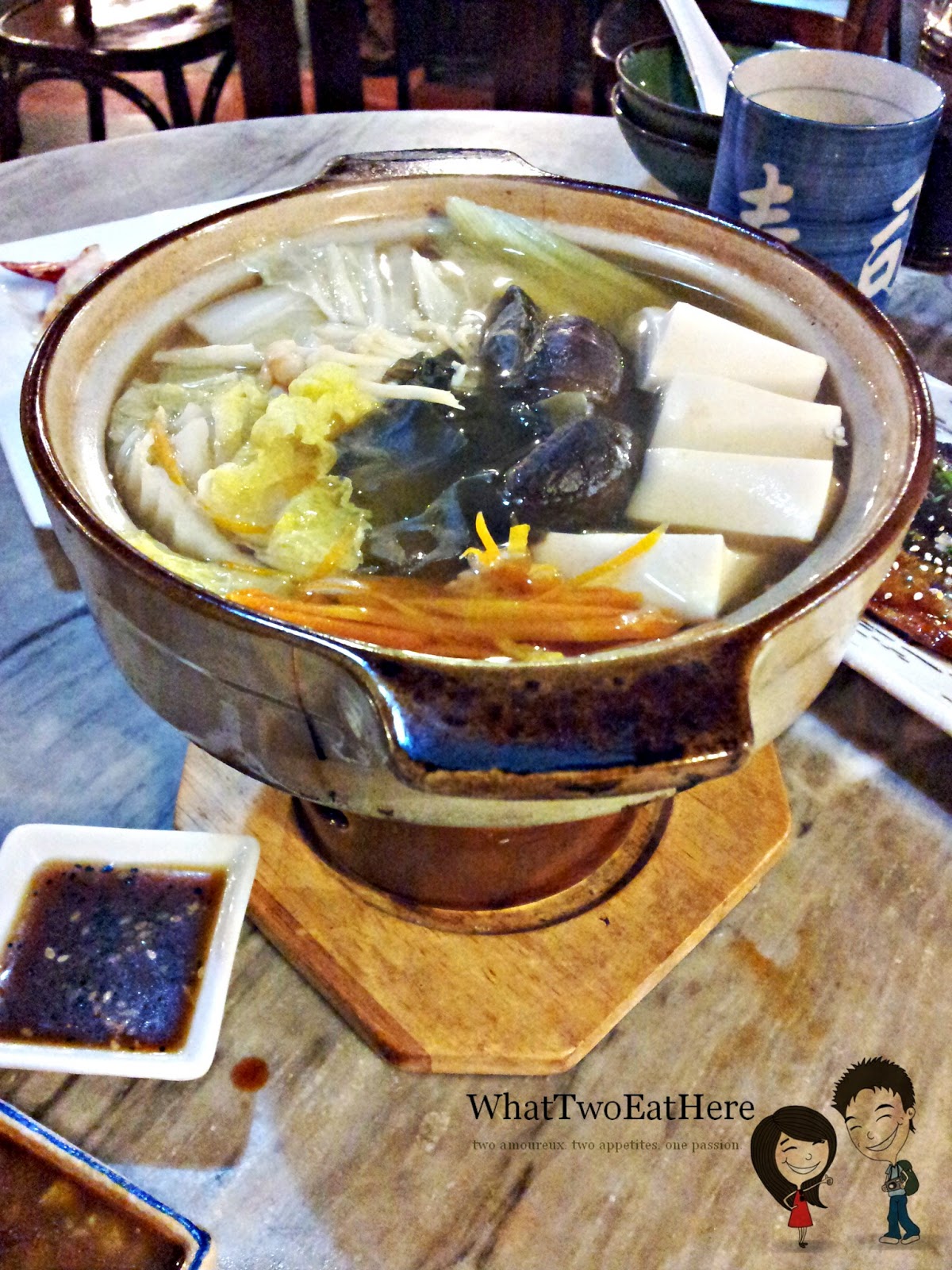 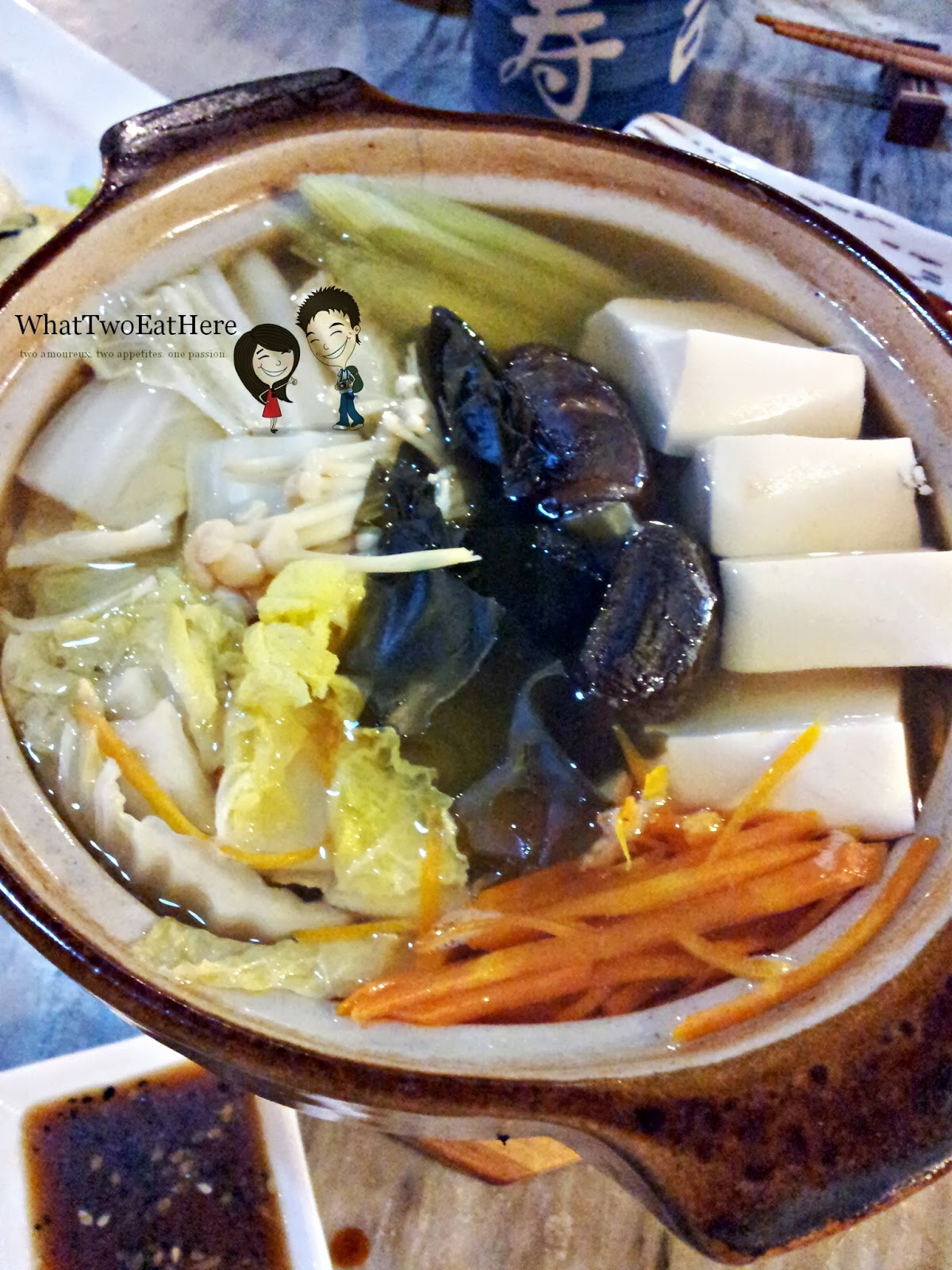 He says:  The soup is really really really sweet. The mushroom and bean curd is really delicious too.. I think the can cut down on the sugar though..
She says: Mini steamboat! Yay! The cuts of fresh fish fillet is super fresh. The soup is sweet. perhaps too sweet for me. Too sweet to drink a lot of time. If its less sweet, then it'll be like so perfect! :) 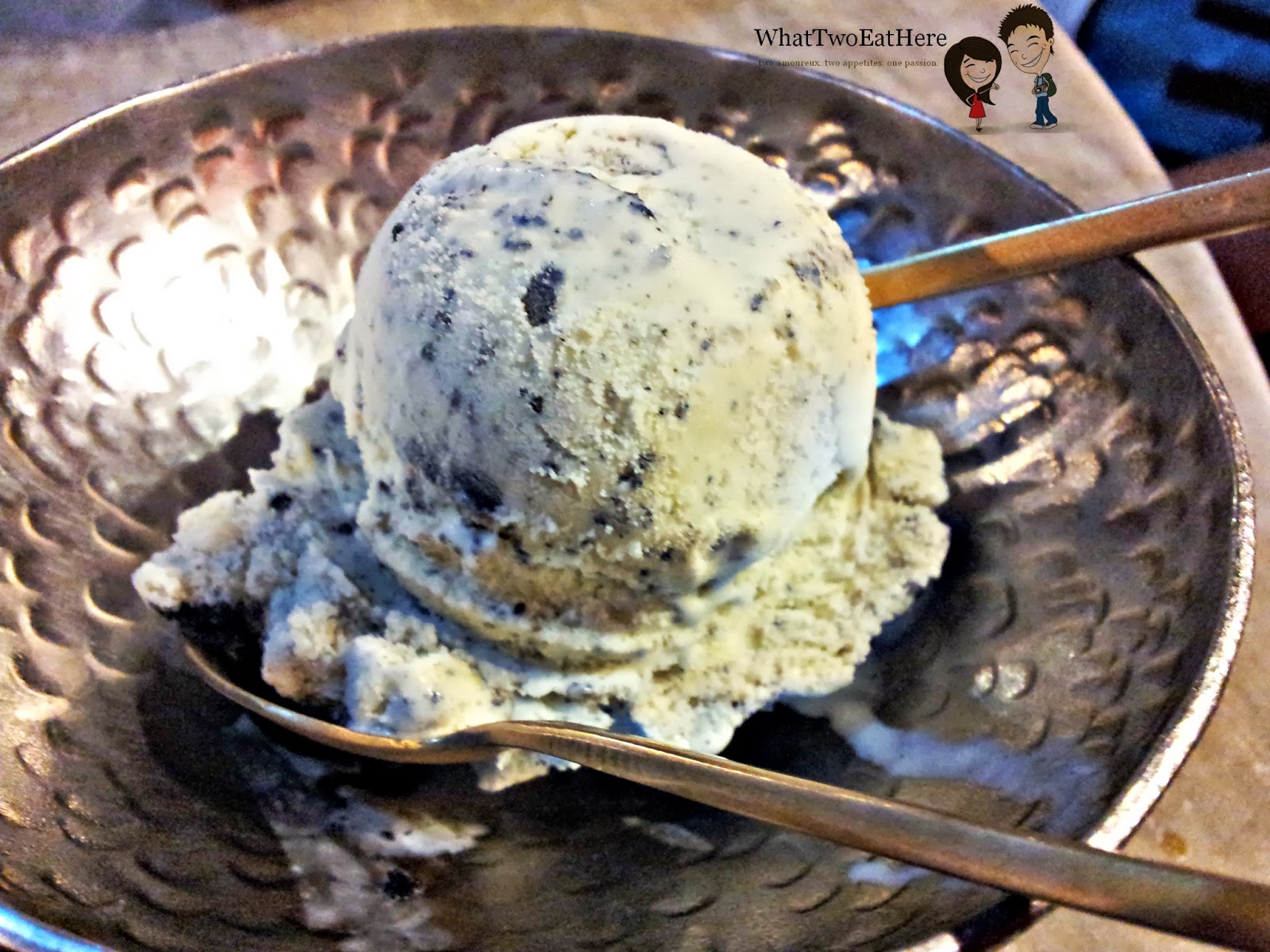 He says: No way I'm not gonna eat that again..
She says: Err.. it's alright. It's unique because I never tasted one ice cream like that. It's like eating the fried sesame bun called " han chin peng"! Haha. 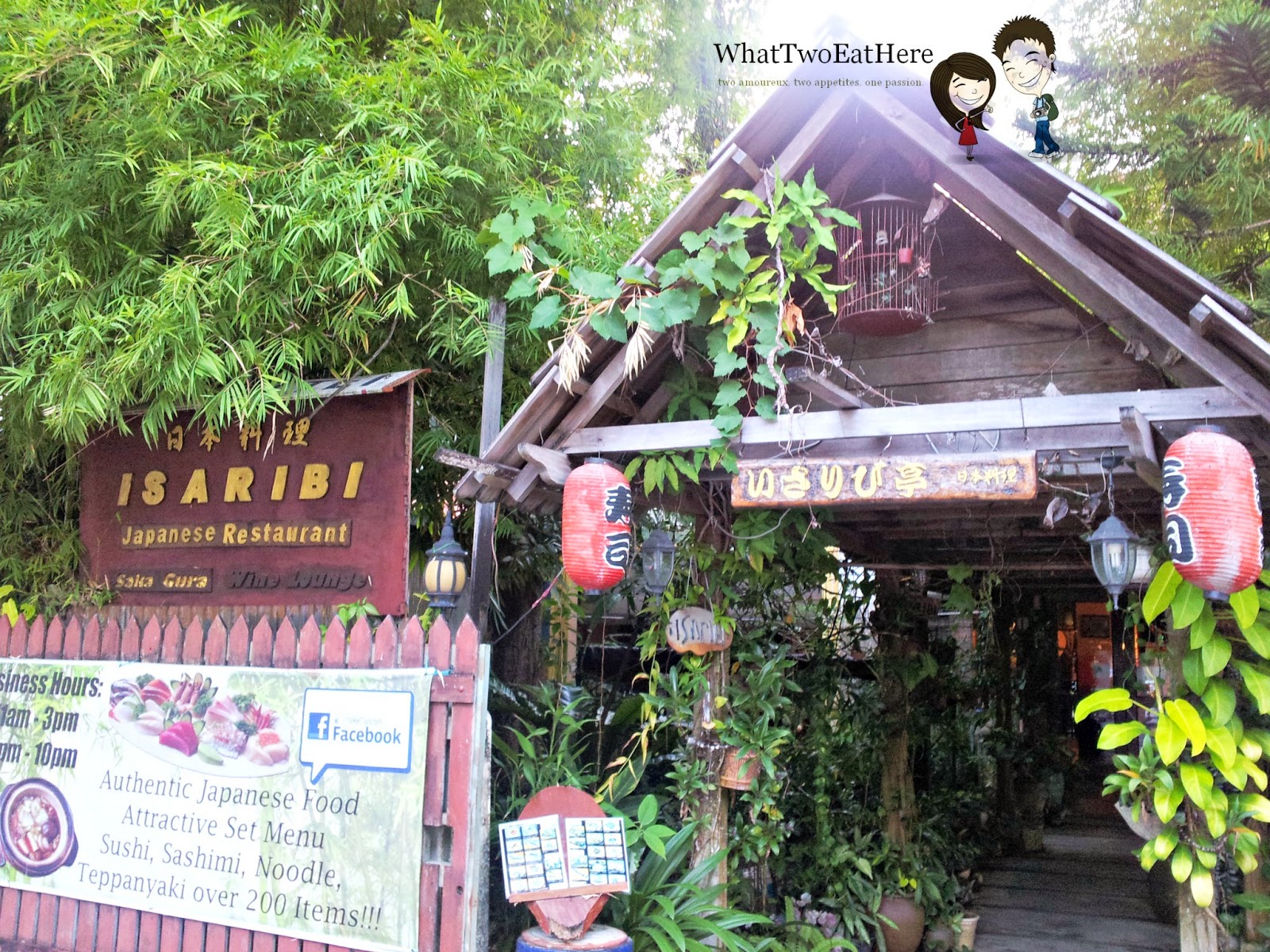 Ratings:
His rating: 7/10
Her rating: 8/10
Posted by WhatTwoEatHere at 3:12 pm
Email ThisBlogThis!Share to TwitterShare to FacebookShare to Pinterest