I honestly love how Malaysia is. Can just drive anywhere. 45 minutes and you will find yourself surrounded with all the awesome food in Nibong Tebal like their pork noodles, crab porridge, ice blended peanut, dry hokkien mee and laksa! And then, 2 hours to Ipoh!

And that's where we were last week. Boy, was it awesome. Such amazing time to get away from the island for few hours and bond with our buddies!

Anyways, other than the usual dim sum breakfast that's famous in Ipoh, our friends brought us to this place after brekkie.

Perfect on a sunny day, especially.

It's apparently that the line is always this long or longer. 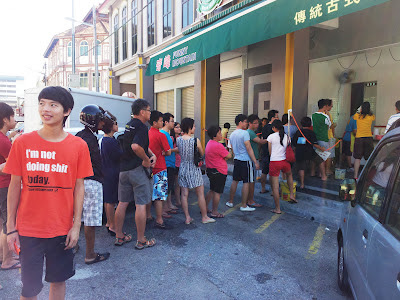 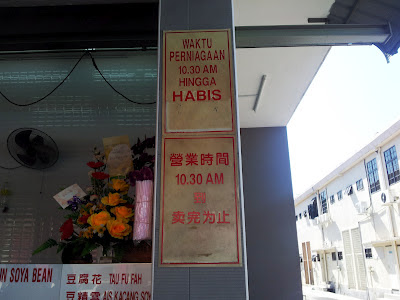 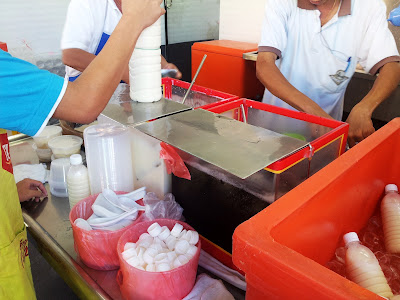 They even sell by bottles. 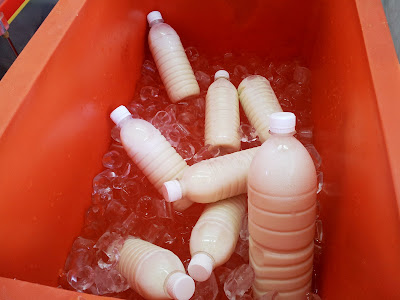 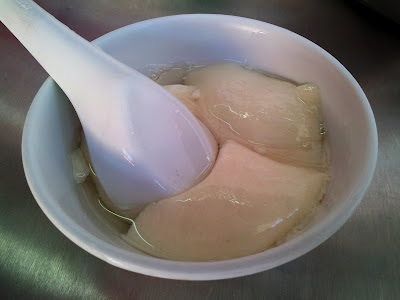 He says: Tao hua! One quite a big fan of tua huas! =D I gotta say this place's tai hua is really smooth. Unfortunately, the portion is super small. haha. However, I think Penang has a lot of tao hua as good as this.
She says: It is really smooth and soft, just like what we've been told. But to say it's SUPER nice, I won't say so.

Soya bean and Michael Jackson (because it's half black and half white!) Hahaha. It's mixture of soya bean and grass jelly. 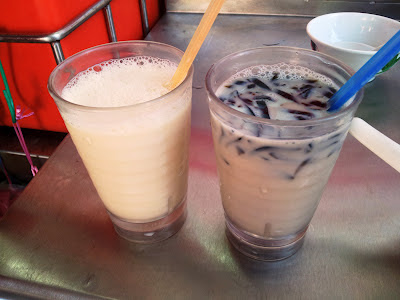 He says: Love this one.. Its not as sweet as other places. Just refreshing enough! =D
She says: This one me no like. I prefer the mixed one. There's hardly any taste on the soya bean drink. It's like so blahh.

Funny Mountain Soya Bean has a picture of a rabbit in red pushing a trolley with stuff? Hmm.. 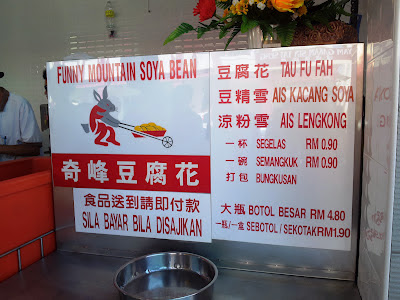 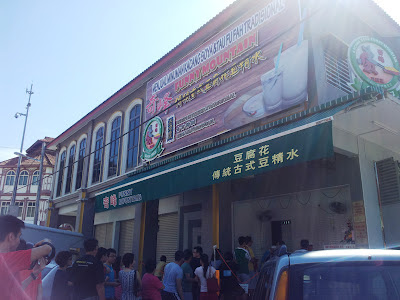 Ratings:
His rating: 6/10
Her rating: 4/10
Posted by WhatTwoEatHere at 11:51 am
Email ThisBlogThis!Share to TwitterShare to FacebookShare to Pinterest