How many of you know of an online community that offers daily promotions on travel, fashion, food etc, called MyDeal.com.my? This post is definitely motivated by one of the promotions that he bought many months ago!


From RM40++ per person to RM12.50 per person, he definitely will jump into getting it since it's so 'worth it'! and jumped into it he did.


This is actually quite funny as she wasn't very convinced that it was gonna be that 'worth it'! But he mentioned that the main course is salmon and it's a set lunch that includes appetizer, drinks and also dessert. Anyways, we finally use the voucher and do read till the end to find out what happened! 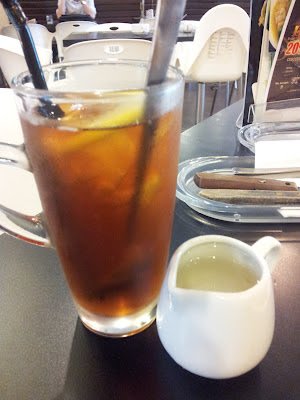 He says: the only thing that is different is that you get to choose how sweet you want it to be.
She says: It really is a normal tea with lemon. The only I like about it is that we decide how much sugar to put in. I believe its also for other drinks ordered as I observed from other tables. 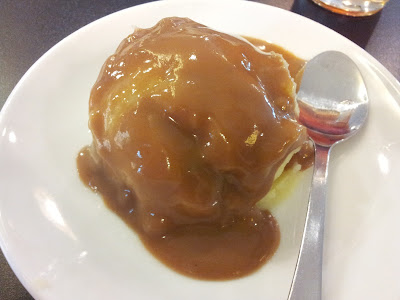 He says: No taste at all.
She says: Tasteless to the max! yuck! 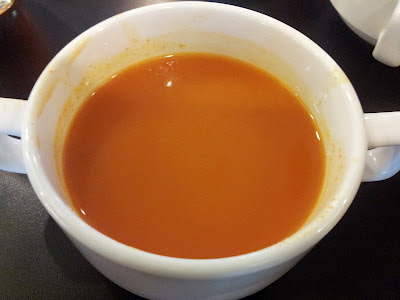 He says: One of the worst soup I have ever tasted. Sorry!
She says: I think it's from a can and they just heat it up. 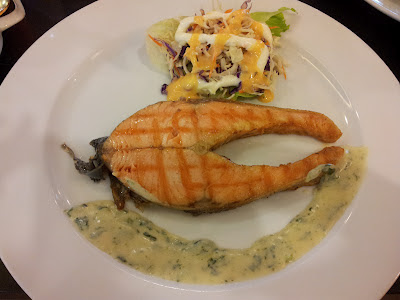 He says: Brings me back to the first time I ate salmon, where it gave me a nightmare. Smells bad and not fresh. The salad is the only thing that's nice.
She says: This is to the ultimate core food part of me that I hate this dish! the salmon smells so bad. I mean like those really not fresh kind of smell. It was really horrible. Not only that, there were like bones (big and tiny ones) so it was so hard to eat properly. I had to cut those poor salmon into small pieces like feeding baby nia! See that whitish green paste below the salmon? Tasteless! The only thing that was edible is the salad. I had to eat it with chilli sauce, just imagine the horror! 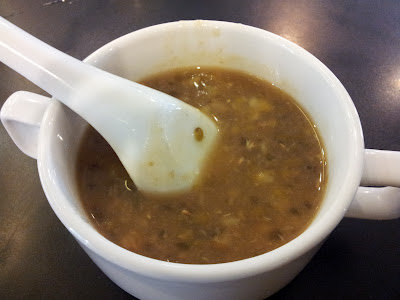 He says: Not nice. Not sweet. No taste.
She says: I took one mouth and left the whole thing there.

We gave each other that stare. That kind of stare where it was so far from our expectations. It's like it never crossed our mind that it would be that bad. and then we laughed and raise eyebrows at every different parts of the 'set lunch'! For your info, we were not able to finish everything that was served. No kidding!

Spring Cafe, Penang
Location: Prima Tanjung
Directions: If you are coming from Gurney Plaza, go straight and keep left. There will be a traffic light junction in front of Island Plaza, turn left BEFORE the traffic light and take another turn left and go straight. Slow down as Spring Cafe is on the right side among the row of shop lots. 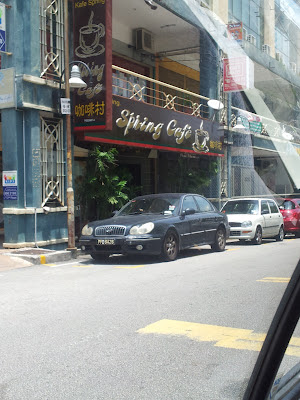 Price: Expensive and not reasonable.


Ratings:
His rating: 1/10
Her rating: 2.5/10
Posted by WhatTwoEatHere at 10:47 am
Email ThisBlogThis!Share to TwitterShare to FacebookShare to Pinterest