We went back to this restaurant at Teluk Kumbar for its awesome thai food second time for DadKhoo's birthday dinner! It's really double thumbs up for this restaurant to be by the seaside. Enjoying the sunset while eating away those delicious to the max eh food! :) best time to go is definitely around 530pm! and then you'll get views like that. Gosh, life is good no doubt! 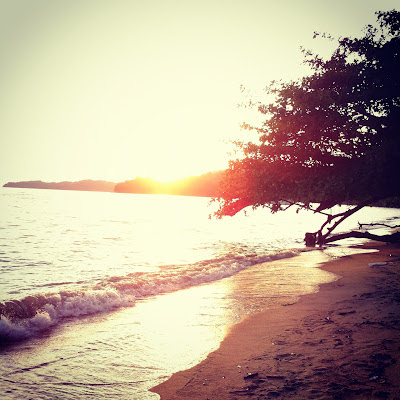 and the place is already packed with homosapiens! 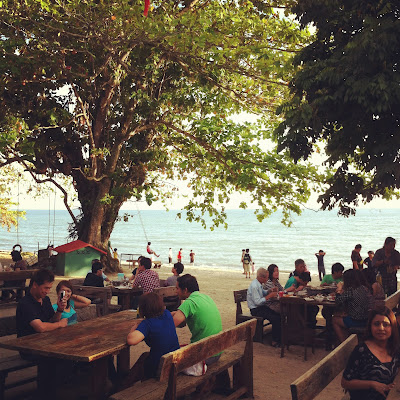 And this time we ordered totally different dishes except tomyam seafood soup! and we have a guest who is gonna be commenting too, the birthday boy a.k.a. DadKhoo :) 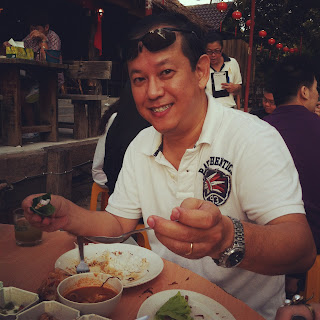 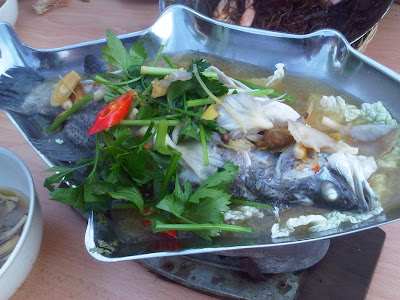 He says : Quite nice but nothing special though.
She says: The fish is fresh and the soup is nice. Overall, a good dish I must say.
DadKhoo says: I like the soup because it has a balance sweet and sour taste. 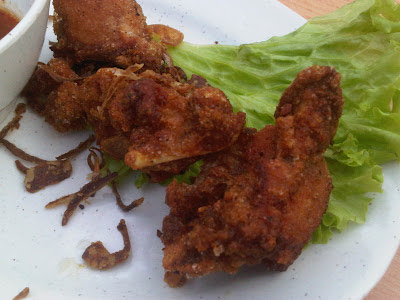 He says : From the outlook, it simply does not show how good it taste. Crispy and soft at the same time. Must try this!
She says : I love this chicken! thumbs up for the spices that they use to marinate this chicken cos they taste so so so good! We ordered this TWICE!
DadKhoo says: Crispy and up to my expectation! Re-ordered and that definitely speaks for it. 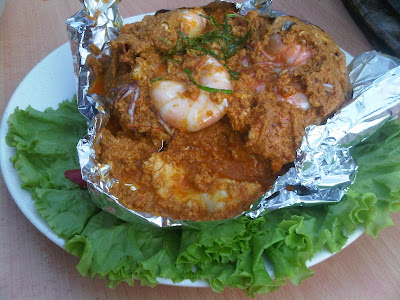 He says : Yummy!! However, the santan (coconut milk) taste is quite strong.
She says : Too coconut-ish!
DadKhoo says: Can be improved lo. 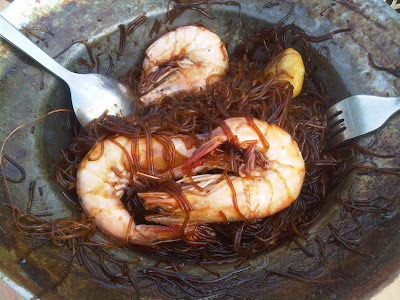 He says : Stir fried glass noodles! Comes together with some really huge prawns. Another must try. The cook may have spilled some black pepper into it though.
She says : Too pepper-ish!
DadKhoo says: A bit salty but I like it. 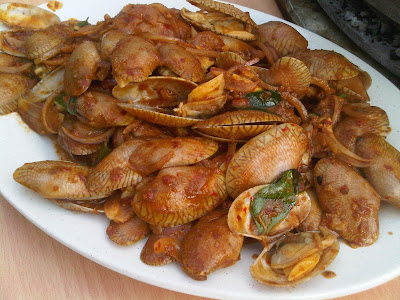 He says : Tasty and nice o.o
She says: Hmm, most of the ones that I took still has mud in them. So, YUCK! But, overall, it's so-so.
DadKhoo says: The dish is quite normal. 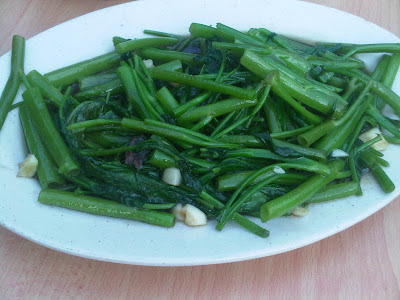 He says : Not good. Plain and simple.
She says : This is something different than what I will usually have, which is Kangkung Belacan, and I like this dish. It's yummy.
DadKhoo says: It's good.
Price: Reasonable


To see the first post on this restaurant, go to: http://whattwoeathere.blogspot.com/2012/02/khunthai-teluk-kumbar-penang.html
Posted by WhatTwoEatHere at 5:56 pm
Email ThisBlogThis!Share to TwitterShare to FacebookShare to Pinterest